Miller Chapel serves as the Princeton Theological Seminary spiritual center, and has been in continuous use since it opened in 1834. It is one of the many buildings built by the renowned local architect and builder Charles Steadman. The chapel exists as part of the Princeton Historic District as recognized by the National Register of Historic Places in 1975. 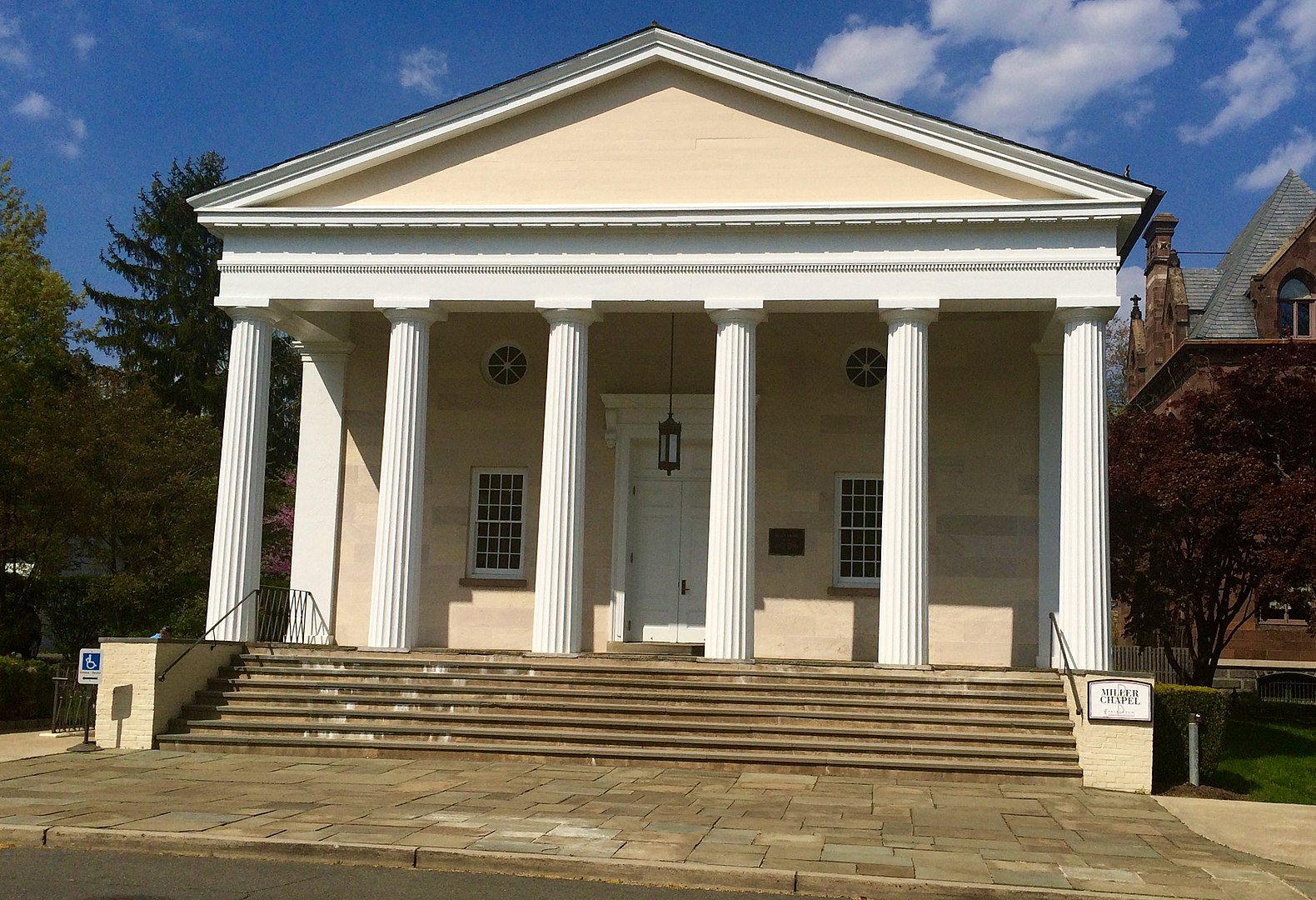 Miller Chapel has functioned as the spiritual center of the Princeton Theological Seminary since it opened in 1834. As the chapel of the oldest Presbyterian Seminary in the United States, the building has been home to many significant Presbyterian theologians such as Charles Hodge, B.B. Warfield, and Samuel Miller for whom the chapel gets its name. Plaques exist in the chapel that commemorates many of its notable leaders. Lauded, local architect Charles Steadman designed the church that now occupies lies within the Princeton Historic District.

An 1874 remodeling added Victorian stained glass windows and an organ, moving away from the traditional Reformed objection to using instruments during times of worship. A far more visible renovation occurred in 1933. The chapel was moved to face the interior of the campus, serving as the cornerstone of two squares, bounded by Alexander and Hodge Halls to the north and Stuart and Brown Halls in the south. The renovation also enlarged the building and removed the 1874-installed Victorian windows to restore the chapel to its more simplified appearance, consistent with the Seminary's Reformed heritage. More renovations took place in 1964 and again in 2000. Despite all the renovations, it's original plan remains. The chapel contains a 'one-room' worship space and central pulpit uniting celebrants, choir, and congregation as part of a theological philosophy that emphasizes the "centrality of the proclaimed Word of God in the Reformed tradition."

The chapel is also home to the Joe R. Engle Organ, given to the Miller Chapel Renovation Committee (and the Seminary) in 2000. The committee interviewed three leading North American organ builders before awarding a contract to Paul Fritts and Company, Organ Builders of Tacoma, Washington. Soon after the company signed the contract, Joe R. Engle of New York City agreed to fund the organ building project. The development of the organ took several years to plan the look and purpose of the organ and sixteen months to build it, which speaks to the value put on the organ and overall worship by its congregation.