The Princeton Battlefield State Park is a tract of land in Princeton, NJ where the Revolutionary War Battle of Princeton took place. The Battlefield memorial is the centerpiece of the site. It consists of the facade of an impressive mansion that used to dominate the landscape. The Greek-style columnns are quite mesmerizing. Behind the facade in a wooded clearing, the actual memorial to the battle lies. It is a massive stone circle inscribed with a dedication to the soldiers who lost their lives in the battle. Surrounding the memorial is a beautiful set of fields that are always used by the locals.

Side view of the columns in front of the monument 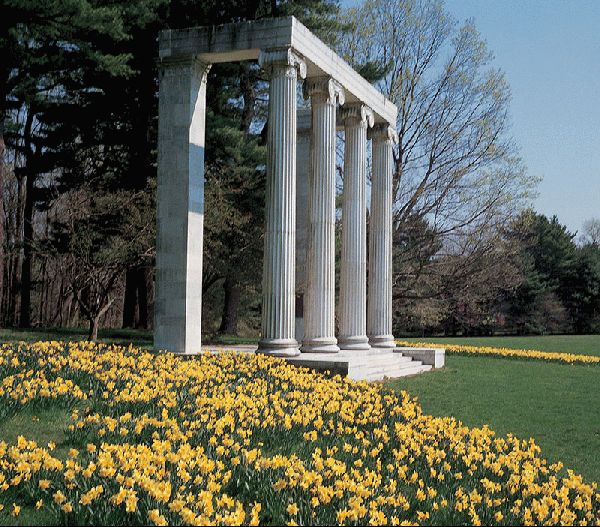 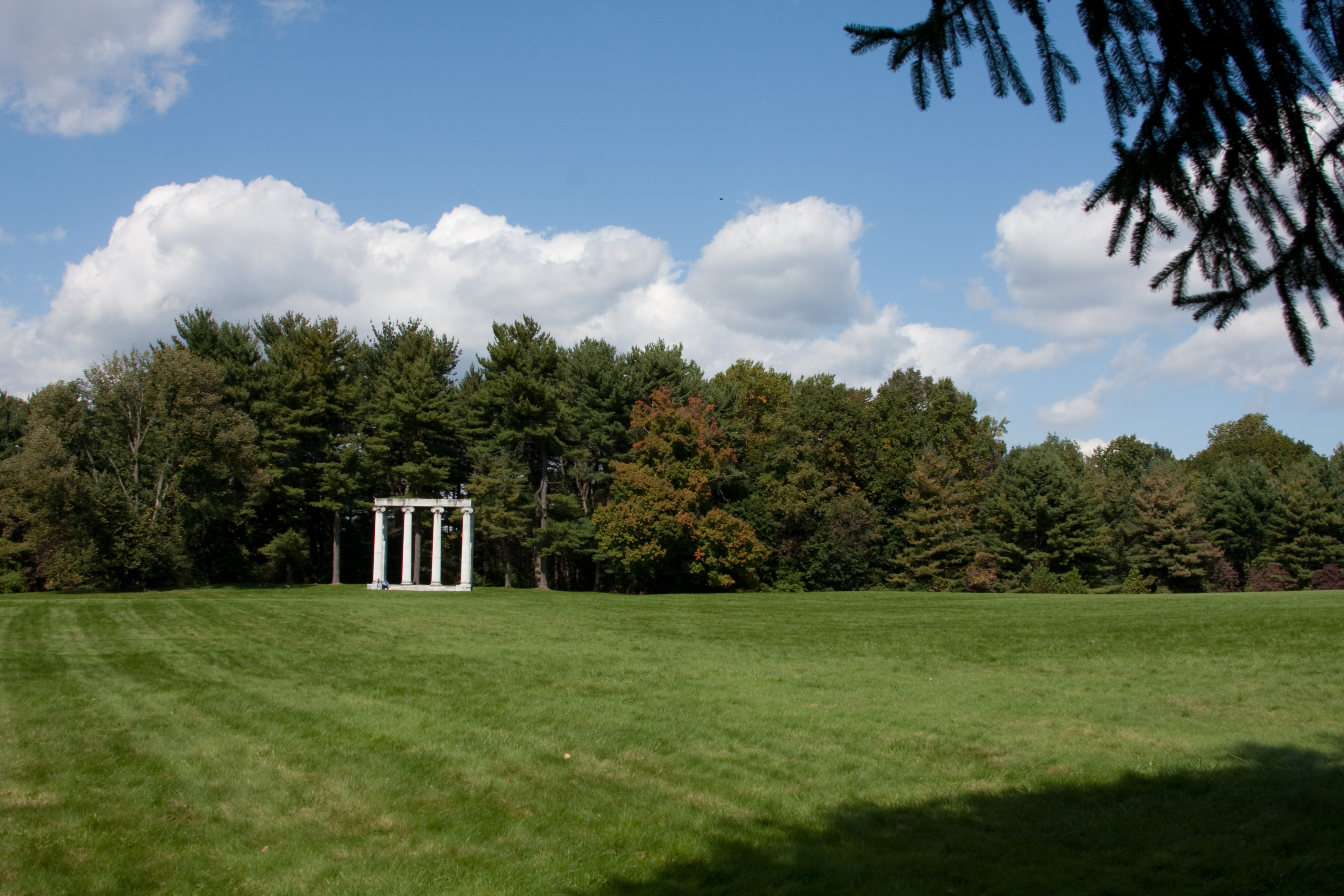 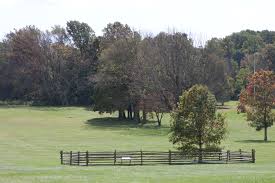 The Battle of Princeton was a Revolutionary War battle which took place on January 2, 1777 in Princeton, New Jersey1.  It was the second of a short series of battles that took place in central New Jersey during the Revolutionary War.  The first, more renown battle was the Battle of Trenton, where George Washington famously crossed the Delaware River on the midnight of Christmas Day and launched a surprise attack upon the Hessian mercenaries hired by the British2.  However, the Battle of Princeton was of equal importance to the revolution.  Following the Battle of Trenton, Washington and his exhausted force desperately needed to escape the British General Cornwallis and his larger host of soldiers sent in to crush the colonials. However, Washington used superior tactics to outwit Cornwallis.  By leaving the campfires burning and muffling the noise of his Wagons, Washington and his men were able to evade Cornwallis's army, and instead launch a surprise attack on the British rear guard, whom they vastly outnumbered.  275 British soldiers were killed in comparison to 40 colonials3, so the Battle of Princeton was a massive victory for the Revolutionaries which would help turn the tide of the war.

As previously noted, The Battle of Princeton was an immensely important event in American history because it helped to turn the tide of the Revolutionary War.  Not all colonists fully supported the Revolution, and the early stages of the war did not bode well for the revolutionary cause4.  Suffering defeats to the vastly superior British army did not do patriot moral any favors.  It was not until the stunning victories of the Battles of Trenton and Princeton that it seemed like the colonials had any chance of winning at all.  The victories here offered great boosts to colonial morale, and helped to galvanize the colonies into greater efforts which led to great, war winning victories such as at Saratoga and Yorktown.5

Today, the battle site of the Battle of Princeton has been turned into a beautiful state park.  The centerpiece of the state park is a stunning monument to those who fell during the battle.  Behind great columnns is a large stone monument dedicated to the Battle of Princeton.  However, there is an expansive tract of land surrounding the monument that is used for a variety of purposes.  Being a state park, people from across the Mercer County area come to the Princeton Battlefield State Park to enjoy beautiful New Jersey spring and summer weather with all sorts of activities.  It is not uncommon to find families having picnics on the grounds or a variety of youth sports organizations using the expansive green fields for soccer, football, or frisbee.  One can also be sure to find Revolutionary War buffs coming from across the country to this important site to take in the stunning monument to one of the most important battles of the Revolutionary War.