Located just west of 2900 Ogden Avenue is the Beaubien Cemetery. It was set apart decades ago by Mark Beaubien, Sr. on a portion of the 260 acres in Lisle that he acquired in 1841. The property included an tavern inn structure which later also served as a toll house for the Plank Road. (See Beaubien Tavern Clio entry to learn more about this structure.) Today a single stone monument, put into place in 1989, records the names, birth, and death dates of those known to be buried in this small family cemetery on the north side of Ogden Avenue. The Museums at Lisle Station Park continue to research the history of the cemetery as well as its residents. 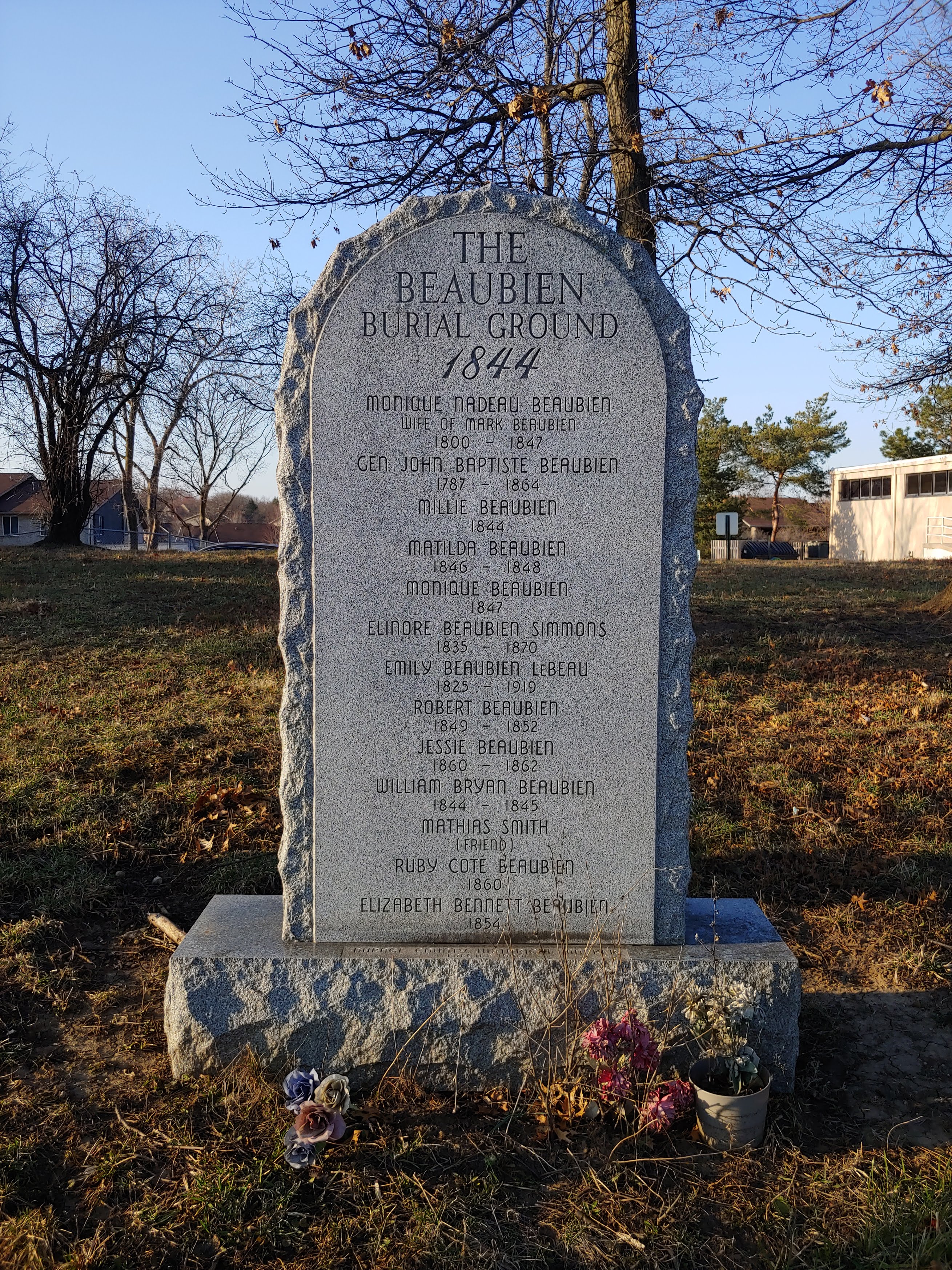 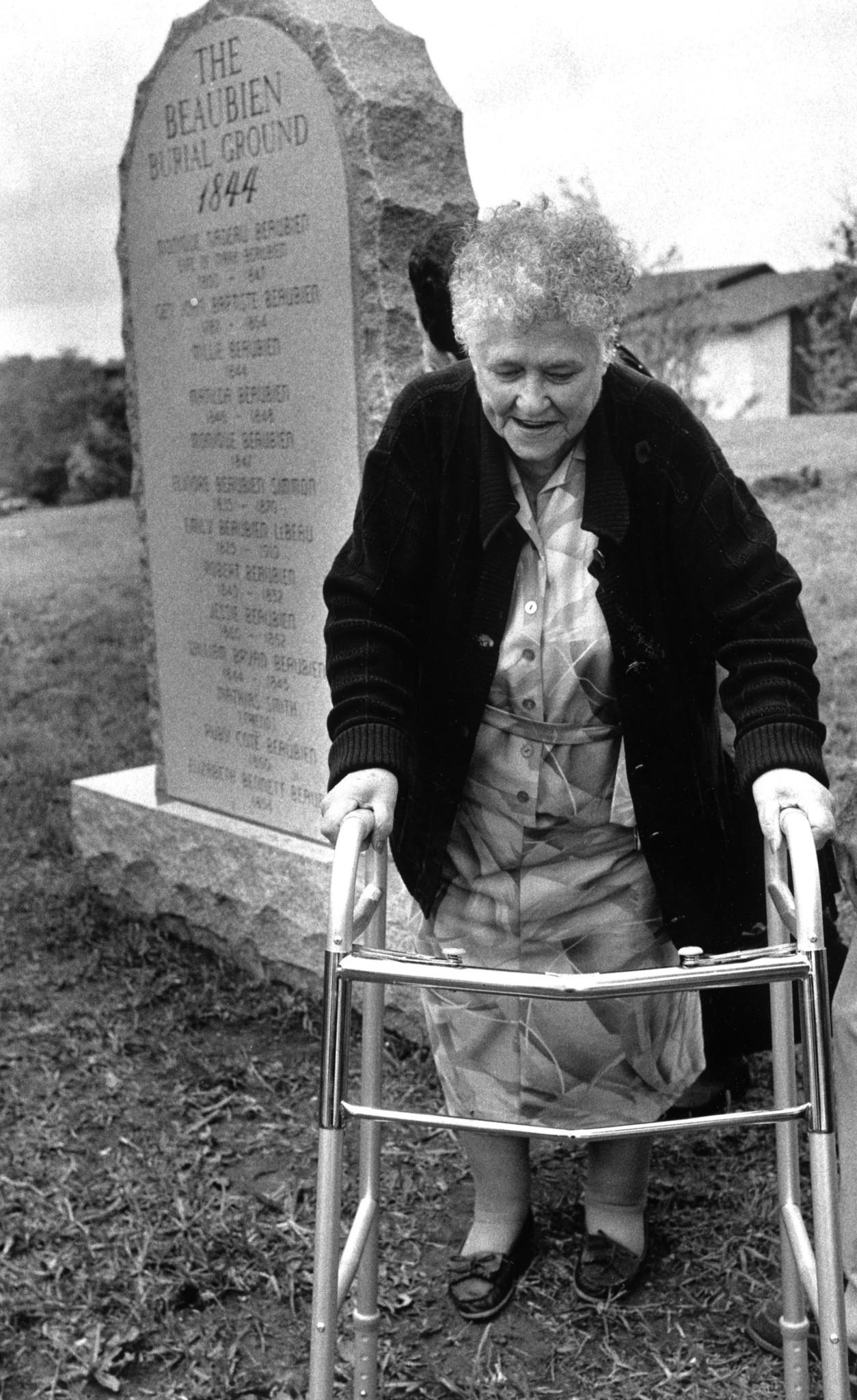 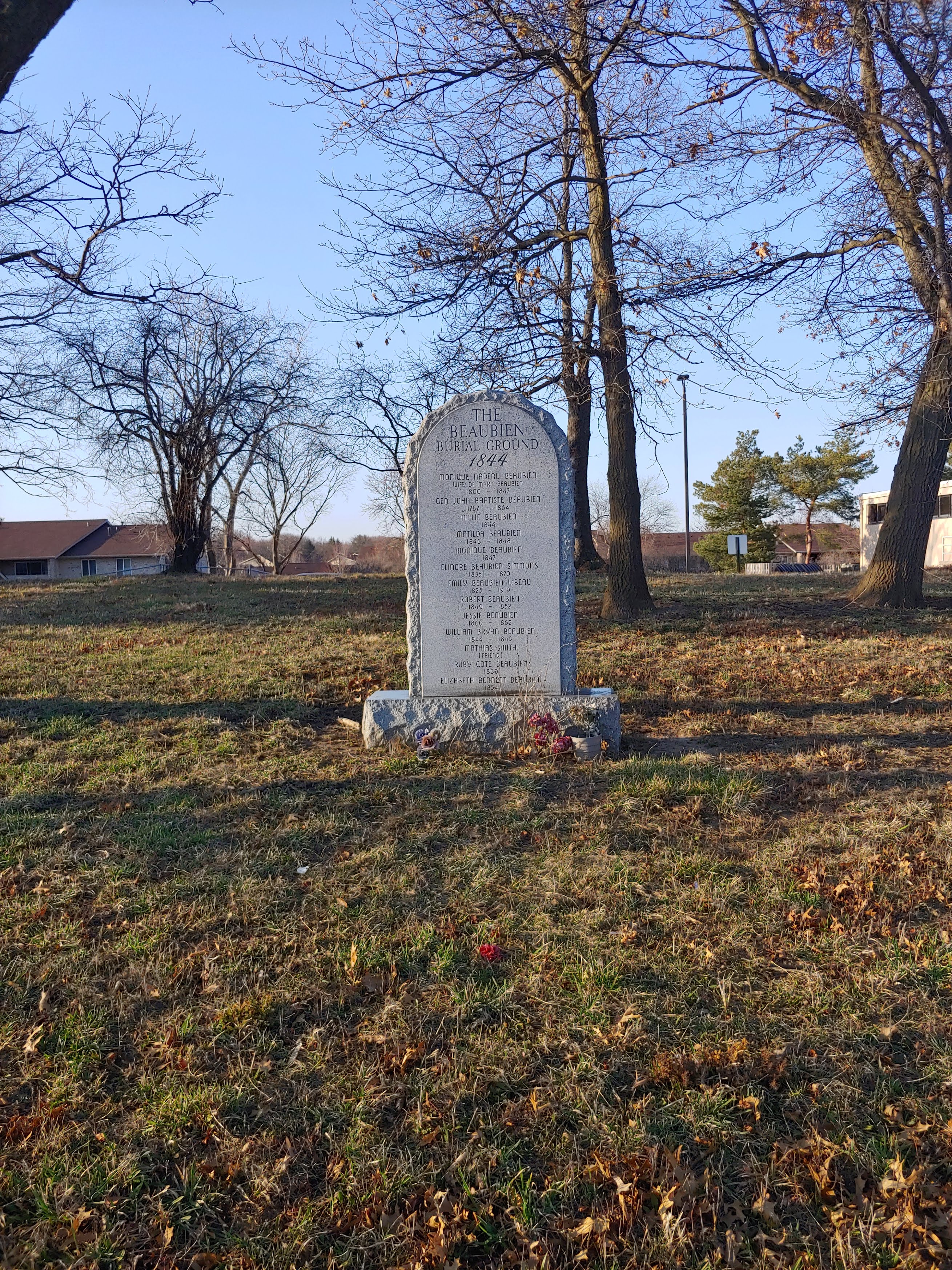 Soon after arriving in Lisle, the Beaubiens set aside a portion of their property for use as a cemetery. Mark is not buried there but much of his family. The cemetery is marked by a headstone just west of 2900 Ogden Avenue. Mathias Schmidt is buried here in addition to the family. He was an early Chicago resident who helped create Old St. Mary’s Church. He served in the militia at Fort Dearborn during the Blackhawk War, and is rumored to have served with Napoleon in Europe before immigrating to the United States. He was a friend of Mark’s, they likely met during the formation of Old St Mary’s. The last burial in the cemetery was of Mark’s granddaughter, Emily Le Beau in 1919. Joy Morton attended the funeral and noted that the cemetery had fallen into disrepair. He wrote a letter to the Chicago historical society, asking them to fund a fence around the plot. This plea to help protect the cemetery was the first of many steps to preserve Lisle’s history and heritage.

Mary Hammersmith, a Naperville genealogist, had conducted meticulous research to determine who had been buried there. She discovered records in widely scattered locations and some information in a few newspapers. The marker lists only those whose internment there can be documented. It is possible the cemetery is also the final resting place of other family members whose records cannot be found. The only non-Beaubien family person known to be buried there is Mathias Smith, a longtime friend of Mark Beaubien and his family.

Mary was in good company with other history preservationists. Joy Morton, who founded the Morton Salt Company and Morton Arboretum in Lisle, wrote a letters of support for preserving the Beaubien Cemetery.

Some others buried there include Mark’s first wife, Monique, several of their children, and Mark’s older brother, Jean Baptiste Beaubien, who was a captain in the militia with strong business connections in Chicago and Naperville. The last person buried there was Emily Beaubien LeBeau who died in 1919 at the age of 94. She was one of mark and Monique’s 17 children. Mark and his second wife, Elizabeth, became parents of seven children.

When Mark sold his property in 1860, the cemetery was excluded and was to remain the property of his heirs. In accord with a County law passed in 1975, the cemetery was placed on the tax rolls. Having moved away, the heirs were unaware of this. Envisioning an apartment complex on land that included the cemetery, a developer intended to purchase it for back taxes. Notified about this, the heirs agreed to allow DuPage County to purchase the property in conformance with a seldom-used law. Fees paid to the heirs were donated to a fund for a marker for the site. The County paid half the cost; relatives, friends, and others interested in history donated the additional money required.

The Museums at Lisle Station Park staff and volunteer research