Built in 1902, the Standrod House is one of the most beautiful and unique homes in Pocattello. It is also considered one of the most historic homes in the state. It is significant for its architecture and its association with its builder, Drew W. Standrod. Standrod served in a number of prominent positions including district attorney. As for its architecture, the house was designed in the Chateauesque style and bears a castle-like appearance. Notable features include a rusticated grey and red sandstone exterior, two stone towers (the large one has a cone roof, and the smaller tower has a metal cone on top), and a large veranda with decorative woodwork that wraps around a the southern corner. Inside, the home features a floor with geometric designs, leaded glass windows, and glazed tile. A private home today, Standrod House was added to the National Register of Historic Places in 1973. 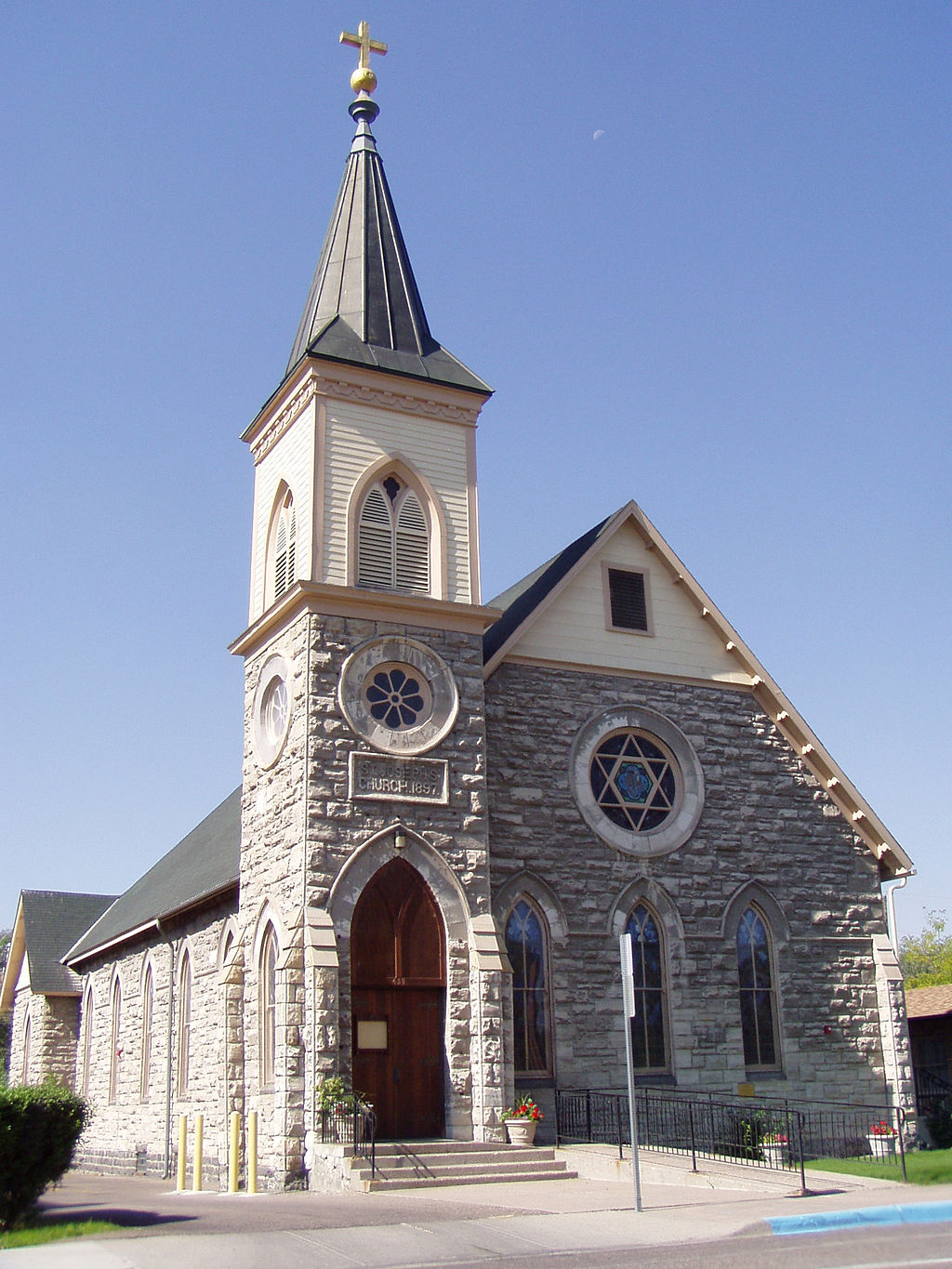 Constructed in 1897, St. Joseph's Catholic Church is the oldest church in Pocatello and one of the earliest stone churches in Idaho still standing. In addition to its age, it is also historically significant for its Gothic Revival architecture. It was built with rough sandstone and features a wood-frame belfry with a copper steeple, Gothic arched windows, and round windows (one of which has a star-of-David motif). The church was added to the National Register of Historic Places in 1978. 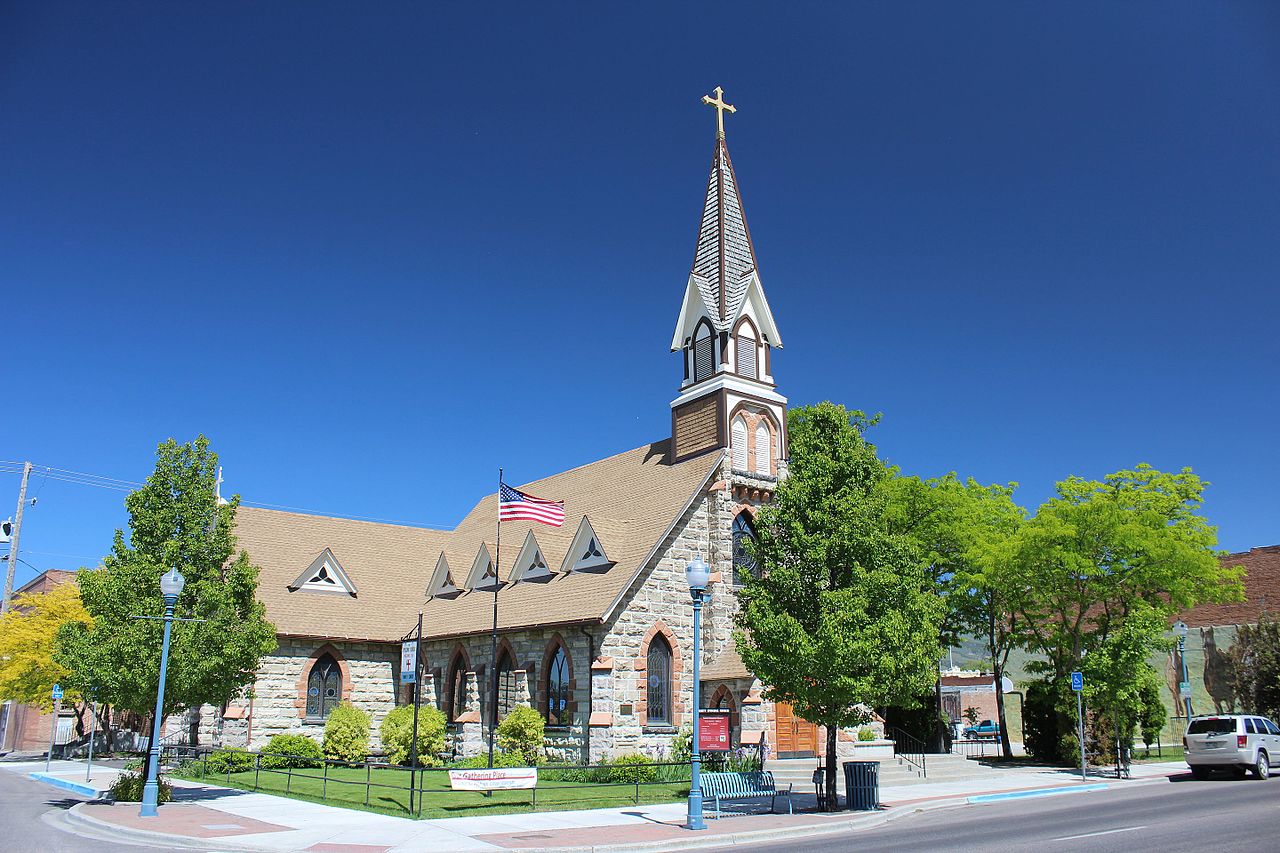 Trinity Episcopal Church is the second oldest church in Pocatello. It was built in 1898, a year after St. Joseph's Catholic Church (the oldest church in the city) and is an excellent example of Gothic architecture. It was constructed with rough sandstone and features a bell tower topped with a spire that rises to a height of 92 feet, red rock trim, and gothic arched windows with stained glass. All of the windows except the one above the main entrance were manufactured in Ireland; the window above the entrance was made in 1976. 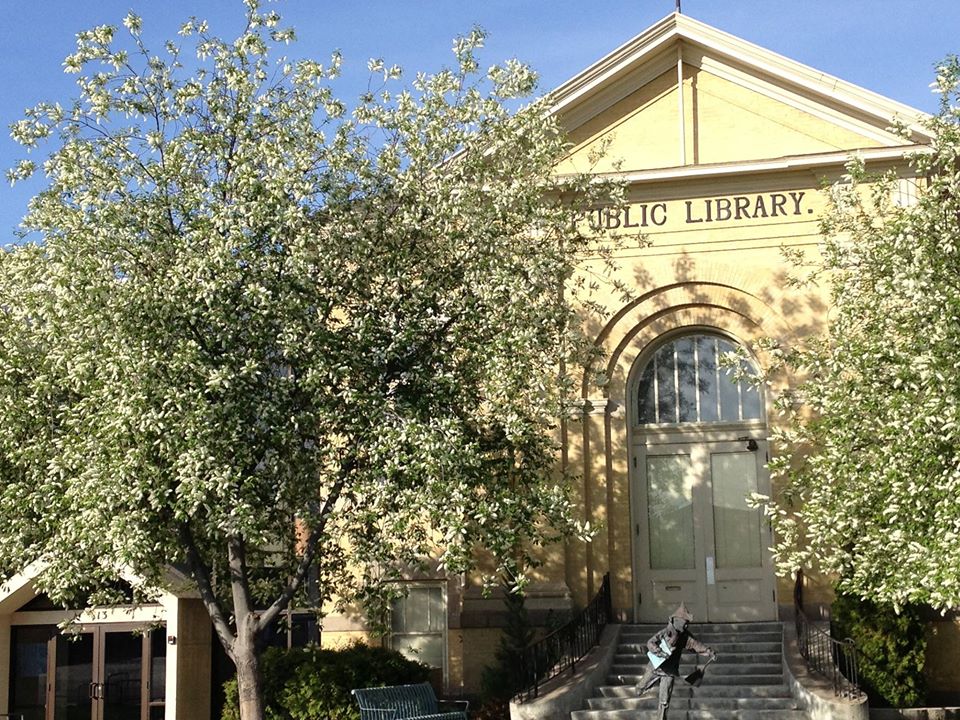 The old Pocatello Carnegie Library is a somewhat simple but historically significant building. Built in 1907, it was designed in the Palladian style, which resembles Classical architecture. It features a beige brick exterior with light sandstone trim, pilasters (architectural features that look like columns), pediments (triangle structures), and an arch over the main entrance. It is now a part of the Marshall Public Library (an atrium connects the two buildings). The old library was added to the National Register of Historic Places in 1973. 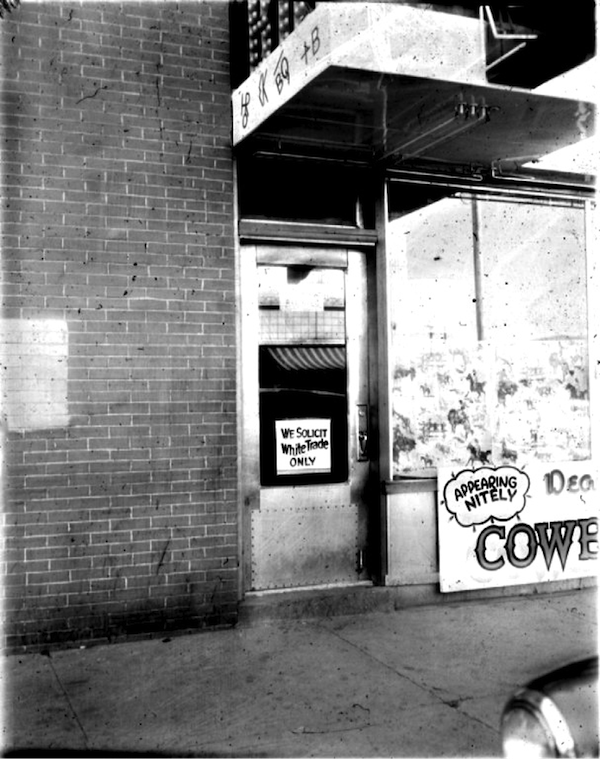 5. The Cowboy Bar and Racial Discrimination in Pocatello

In 1954, African Americans in Pocatello organized protests against racial discrimination. In response, the owner of the Cowboy Bar, which was located on this corner, placed a "white only" sign in his window. Signs like these were rare in Pocatello. Similar to other Northern communities, however, African Americans and other minorities were often made to feel unwelcome at white-owned restaurants and stores even when there were no signs or other explicit outward markers of Jim Crow. Following a state-wide campaign by a coalition of black, Asian, and Native American citizens, and with the strong backing of liberal whites, the state of Idaho passed a civil rights law in 1961--three years prior to the federal 1964 Civil Rights Act. In 1963, this same coalition secured the passage of a resolution barring discrimination by employers. These laws and resolutions were an important step towards challenging the attitudes and preconceptions of minorities expressed by this sign and other manifestations of racial prejudice. 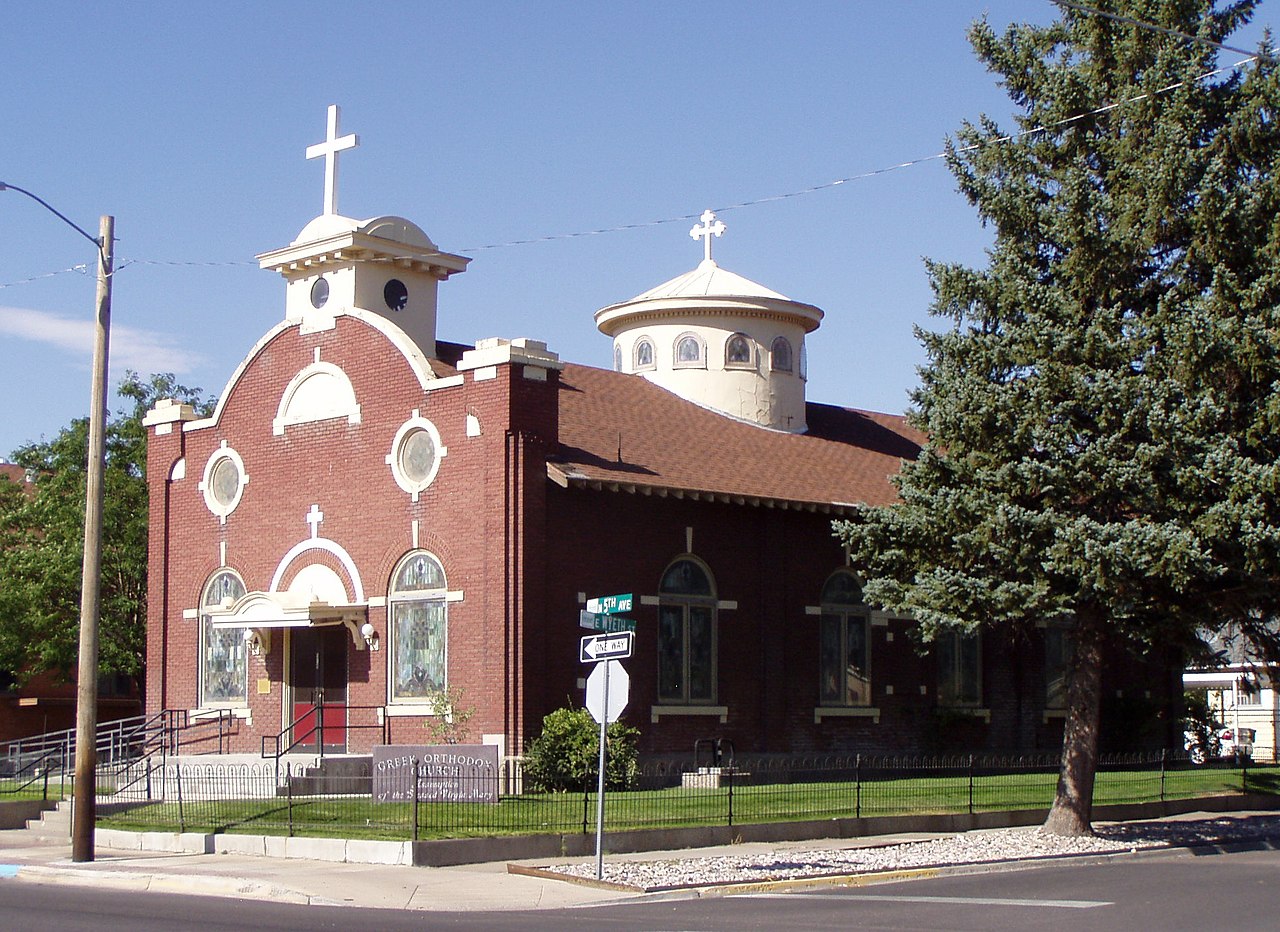 Assumption of the Blessed Virgin Mary Greek Orthodox Church is the oldest Greek Orthodox church in the state. It was built in 1915 and remains an important religious and cultural center for the local Greek Orthodox community. Its Byzantine Revival design is notable as well. Interesting features include a red-brick exterior, round-arched windows with stained glass, a square bell tower above the main entrance, and a round tower with small windows in the center of the roof. The church was added to the National Register of Historic Places in 1979. 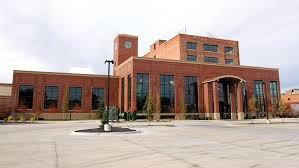 The Museum of Clean was established by Don Aslett, the Northwest's "King of Clean." The museum is dedicated to promoting a clean way of life in every aspect. 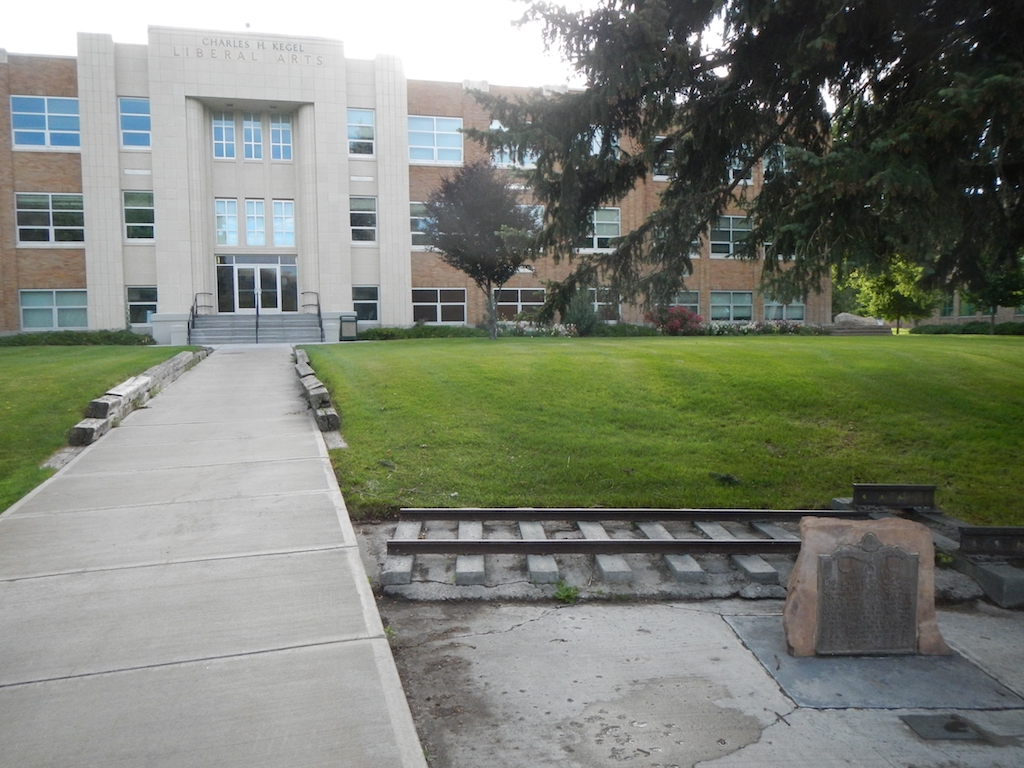 This historical marker indicates where the route of the Utah & Northern Railroad was located. The site, which is situated near the building that houses Idaho Public Television, consists of the historical marker and a short segment of train tracks. The Utah & Northern Railroad was Idaho's first railroad. It was established in 1871 by the Mormons, who wanted a railroad to reach their communities in the Cache Valley (a valley that stretches from southeast Idaho to northern Utah) and further into Idaho to Soda Springs, which is southeast of Pocatello. The railroad was eventually built from Ogden, Utah to Butte, Montana, bypassing Soda Springs altogether. 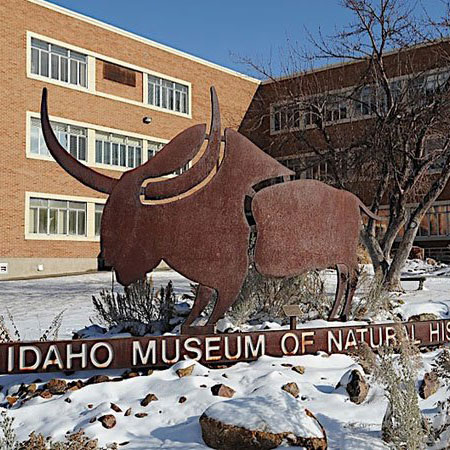 The Idaho Museum of Natural History is home to permanent and special collections in Anthropology, Earth Sciences, and Life Sciences, a place where researchers pursue scholarly study of the collections and publish their findings in peer-reviewed and museum-sponsored publications. Through the Idaho Virtualization Laboratory, the Museum is helping to pioneer the growing field of precise digital collections, making it possible for researchers around the world to study collections housed anywhere, anytime. Exhibitions emphasize the collections and mission of the Museum, and include permanent and special offerings.

This diving tour through Pocatello is a work in progress.