This gymnasium and auditorium was an addition to the Baldwin City School funded by a 1942 Works Progress Administration project designed to provide employment during the Great Depression. The school itself was constructed in 1922 and the new gymnasium and auditorium cost $72,000 to build and features the Streamlined/ Art Moderne style of architecture. Minor changes were made in the late 1980s. The main entrance faces south toward Chapel Street and the north edge of the Baker University campus. The Old Baldwin School Gymnasium and Auditorium was listed in the National Register in 2015 as part of the multiple property nominations of Historic Public Schools of Kansas and New-Deal era Resources of Kansas, along with the associated neighboring former high school building which is now home to the Schoolhouse Lofts apartments. 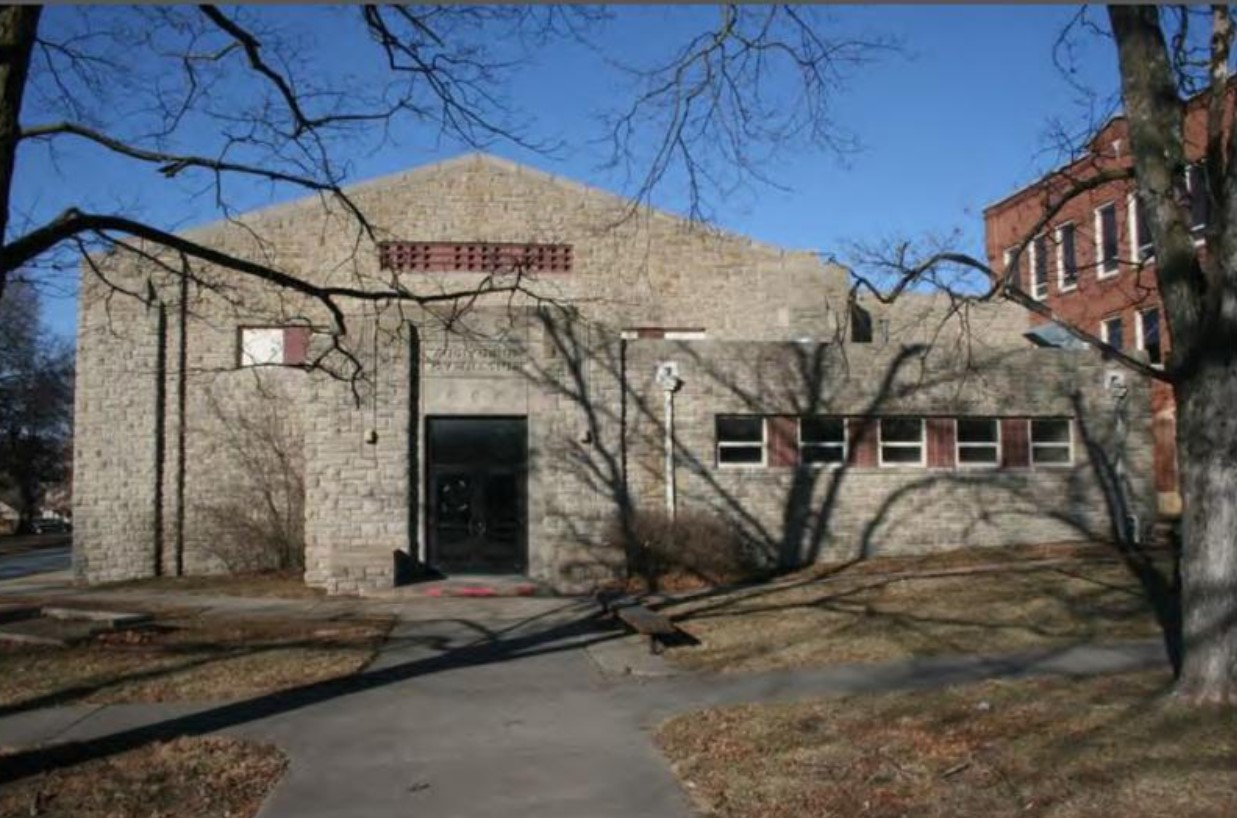 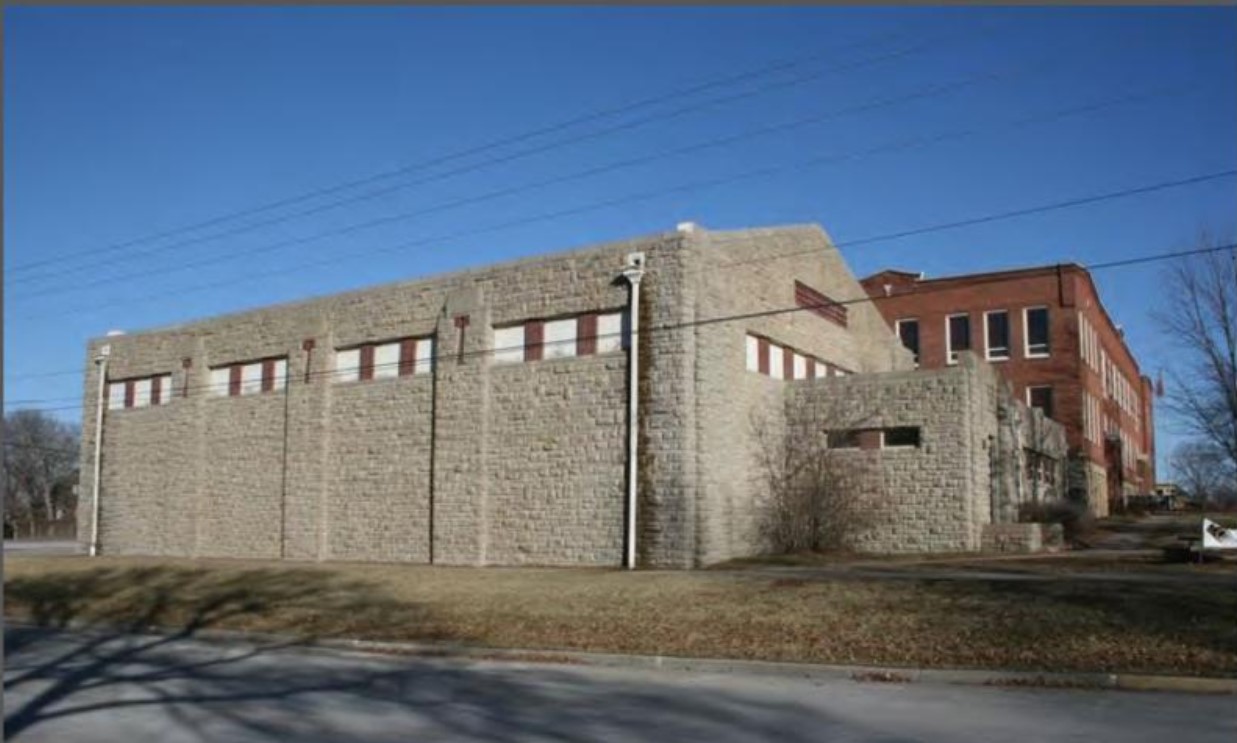 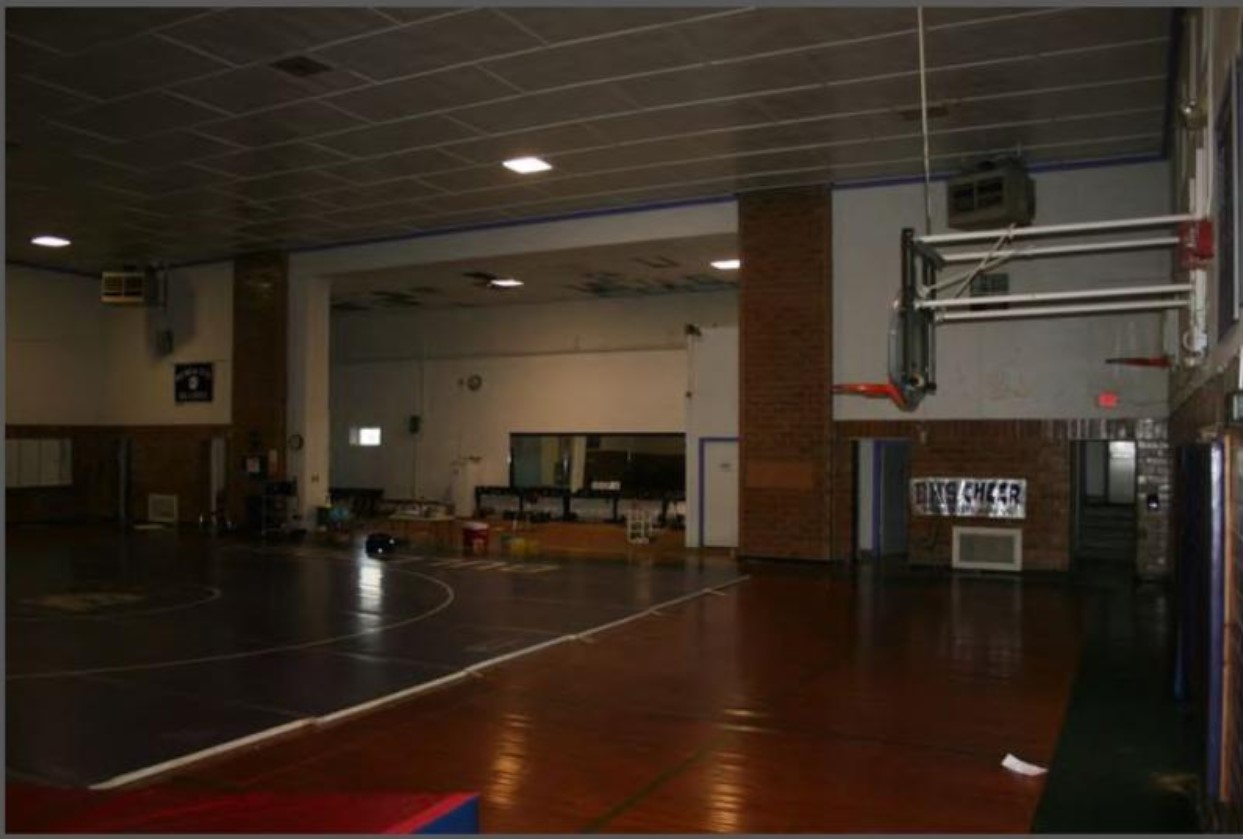 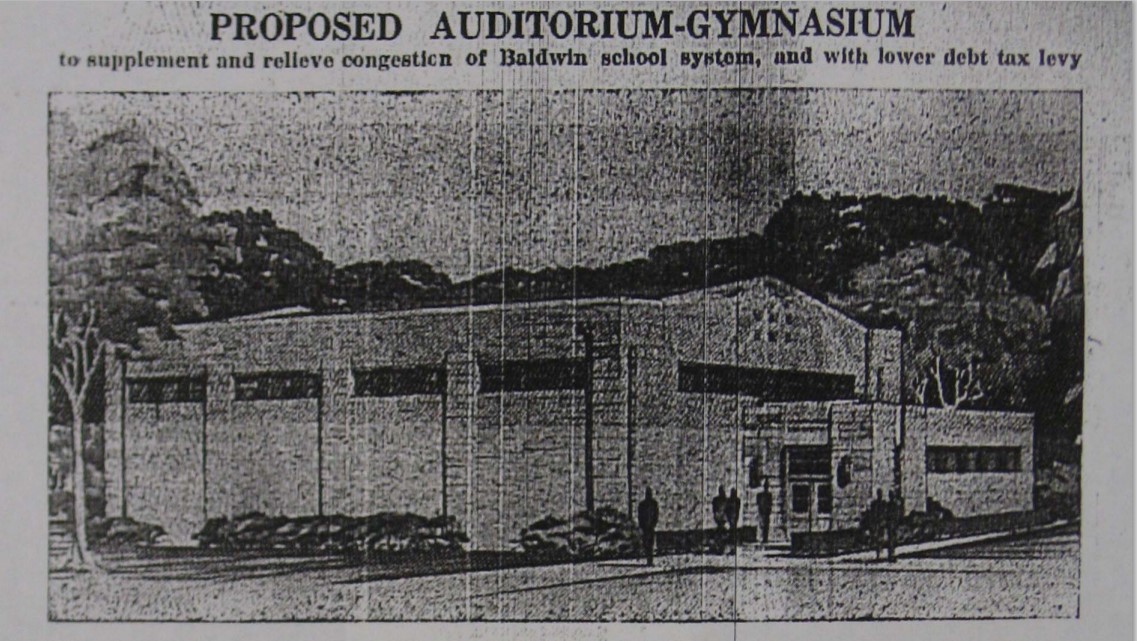 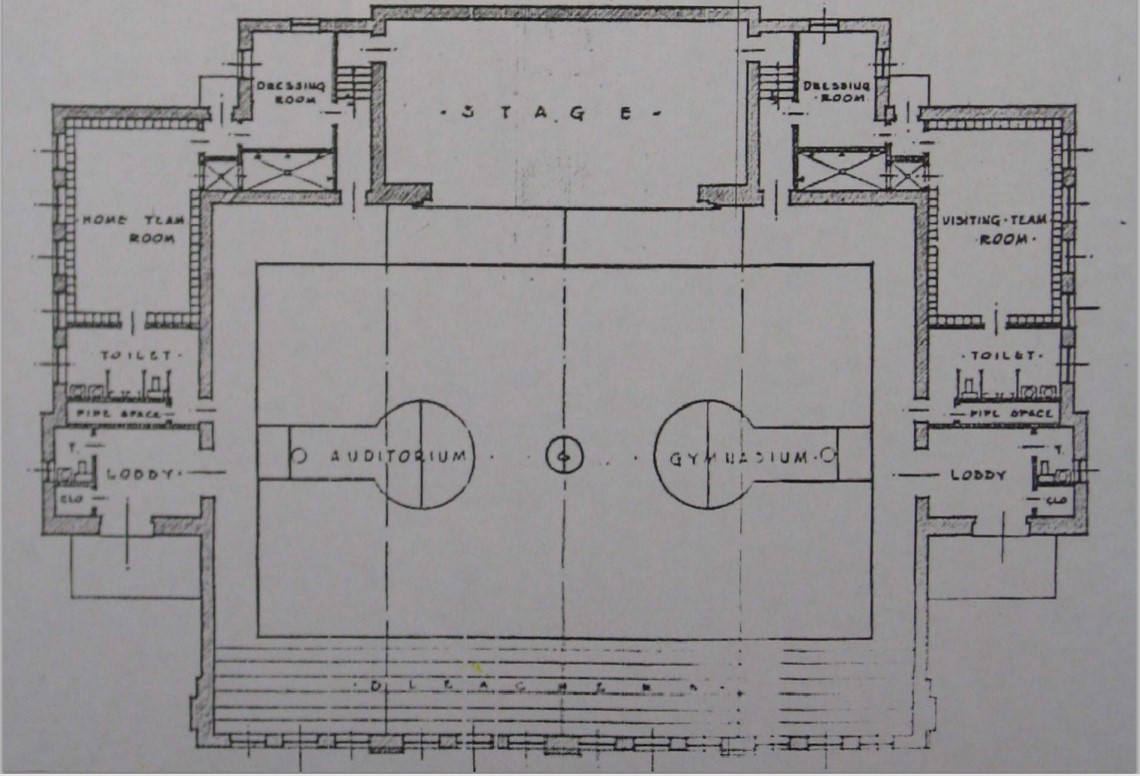 Work was halted on the construction of the WPA project building the Baldwin City School Gymnasium and Auditorium in 1942, and workers were shifted to a WPA project in Lawrence at the University of Kansas. When a fire destroyed the gymnasium on the campus of Baker University on January 3rd 1943, that left Baldwin City's college and high school teams with no place to play basketball. The community pitched in to complete the Baldwin City School gymnasium, with local carpenters, electricians, plumbers, and high school students finishing the building. Baker University students dug a trench for installation of a water line to the gym. The first basketball game was held in the new gym on January 29th 1943 between Baldwin and Eudora High Schools; Baker University's basketball team played the following night.

The Baldwin City School Gymnasium and Auditorium was designed by a Topeka architect, Thomas W. Williamson. The main block is 1.5 stories tall and constructed of reinforced concrete with a veneer of rough-cut ashlar stone. It is ornamented with raised block letters above the Egyptian-styled entrance doorway reading "AUDITORIUM" and "GYMNASIUM," projecting end blocks, ribbon replacement window openings with red brick detailing, and a smooth-cut stone parapet cap on the gable roof. Covering nearly 11,000 square feet, the building has one-story blocks at the north and south ends with locker rooms. The doors at the north and south ends are both primary entrances into the gymnasium area, facing Chapel Street and Eighth Street, respectively. Two secondary entrances on the east side of the building access the locker rooms.

The primary space in the building was the gymnasium, with a wood and steel truss roof 21 feet tall and a raised stage at the east end of the basketball court. The gym space extends 80 feet north-south and 60 feet east-west. Architectural plans reveal changes made to the building in the late 1980s; the latter included replacing some of the original windows, removing the stage and modifying the two locker rooms. The original steel windows on the upper walls of the gymnasium space have been covered with plywood. The north room was converted into a concession sales room in the late 1980s.

The adjacent two-story brick building was built as a school in 1922 but has been converted into apartments as of 2017, now known as Schoolhouse Lofts. The former high school building occupies the same space as its predecessor, a school built in 1888, and is an example of the "Town School" property type, built during the Progressive Era when public school building designs were standardized. The gymnasium reflects the movement toward a more Modern design for school structures. Both the school and gymnasium buildings were listed in the National Register in 2015 for their association with the history of education in Kansas.

While the adjacent school transitioned over the years to a junior high and later an elementary school, the gymnasium was used by the school system for practice by wrestling and cheerleading teams. Both the 1922 school and 1942 gymnasium buildings were sold to a private developer in 2014, Krsnich Investment Group, LLC.