Baldwin City's Palmyra Masonic Lodge building is one of the most distinctive structures on High Street and was the second building constructed for the fraternal organization. Chartered in 1859, the Masons of Baldwin City originally met in the Castle Hall building at Baker University in their early years. After a wood-frame structure built for the lodge in the late 1860s was destroyed in an 1891 fire, this structure was completed in 1894. The first floor was designed to hold commercial and retail space while the second floor served as the lodge's headquarters. The building was modified to industrial uses in the 1940s. It now holds an insurance agency and a cooperative education agency. The second floor held the lodge hall (south end) and dining room (north end) and was later used for meetings of the American Legion who owned the building from 1919 to the mid-1940s. The second story now contains Palmyra Lofts after the building's 2014 renovation converted the building to apartments. 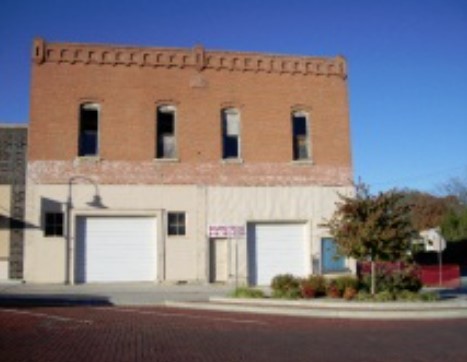 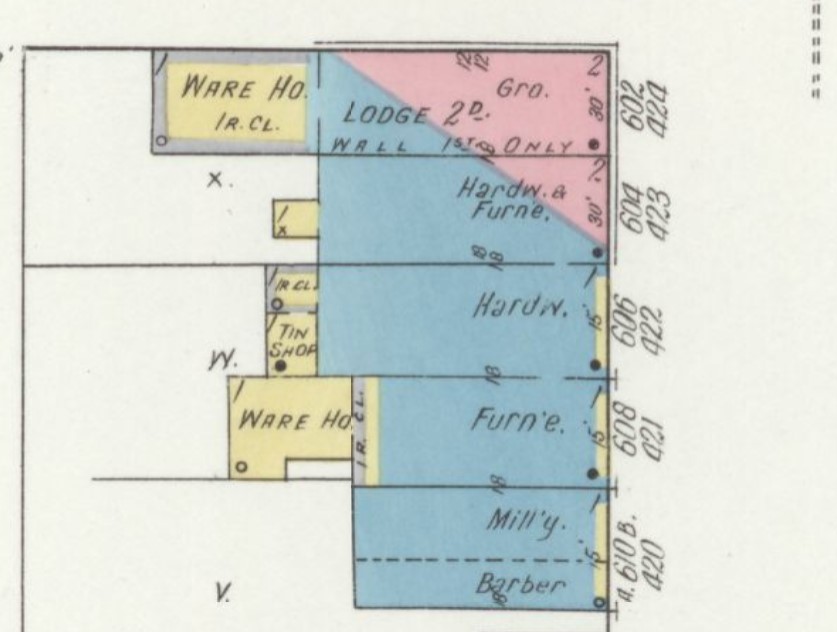 The opening ceremony of the new masonic lodge in 1894 was in June 1894 with the keynote address by the president of Baker University, Bishop William A Quayle (an ancestor of former Vice President Dan Quayle, famous for his misspelling of tomato). Even though the financial panic that gripped the country in the early 1890s had subsided, the Masons had to sell the building and leased back the second-floor meeting space and dining room. The east half of the building was owned by Mary Jane Bristow in the early twentieth century and housed a hardware and furniture store; Cassius E. Lockwood, a grocer, owned the north half. The American Legion bought Lockwood's half of the building in 1919.

The two-story brick structure on a limestone foundation is in the Italianate style with the main (south) side 50 feet wide. A corbelled brick band is atop the main facade's parapet. The stucco-covered concrete blocks that formerly obscured the main façade of the first floor bricks have been removed; the plate glass windows are not original. The east side, facing Sixth Street, contains another entrance door to the upper-floor apartments near the building's rebuilt northeast corner; one second-floor window has an iron fire escape. A one-story, concrete block rear addition likely dated to the building's industrial use beginning in the 1940s. The 1912 Sanborn map revealed that the building's south and west walls were composed of stone; two wood frame rear additions were present.

The building was vacant when it was nominated to the National Register in early 2011; the period of significance is from 1894 to 1946. The building is associated with the social history of Baldwin City and represents the Victorian Italianate architectural style. The brick corbelling instead of an elaborate cornice atop the main façade marks the transition from the Italianate to the Commercial style in this era.

The Palmyra Masonic Lodge #23 now meets in the 800 block of High Street. The Palmyra Lofts, the upstairs apartments, opened in 2014 after renovations. The loft apartments boast central air conditioning, hardwood floors, high ceilings, and a shared courtyard, just one block from Baker University.