Once, this brick works created bricks for major Washington, DC buildings, including the National Cathedral. Production of bricks began here in 1909 and continued until 1976. At the time of its founding, there were over 100 brickyards in the capital. The bricks were made out of clay from the local river. In 1930, the United Brick Corporation acquired the brickyard, expanding it and building the 12 beehive-shaped kilns still standing on the site. After the site's closure due to technological obsolescence, it was closed off. The National Register of Historic Places has recognized the brickyard. The brickyard itself is closed to the public but it is visible from the street. 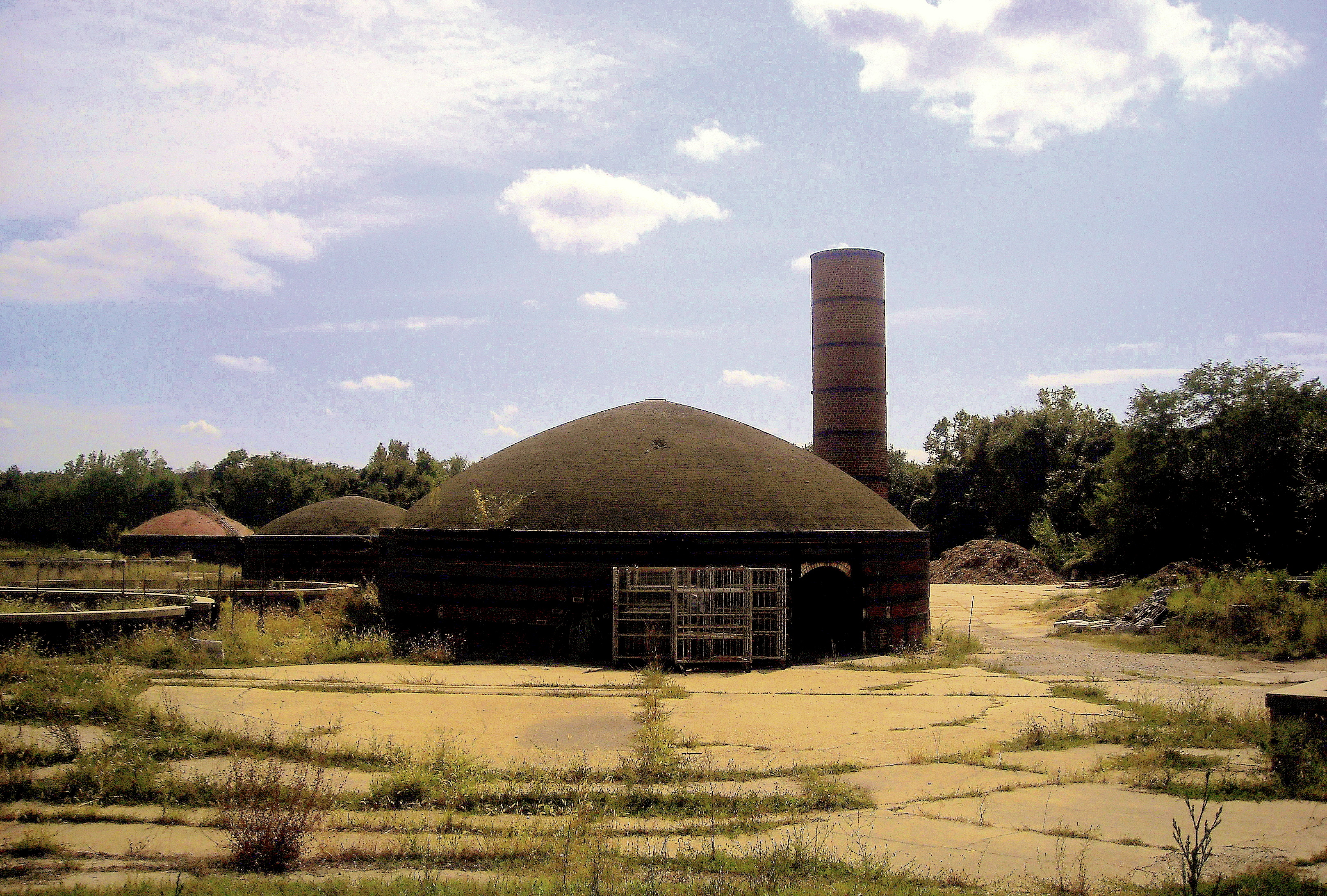 At the turn of the twentieth century, around 100 brickyards operated in the capital, supporting a multitude of building projects. This facility excavated clay from the Anacostia Deposit on the river of the same name for brick production. The National Capital Clay Products Company received a building permit for the construction of a factory with kilns in June 1909. The company originally built rectangular kilns sometime after 1910. The title of the factory changed hands several times; subsequent owners were the District Tile and Brick Company, Hudson Brick and Supply Company, and then the United Brick Corporation in 1930.

Production expanded at the brickyard with the construction of nine beehive kilns between 1927 and 1931. The circular kilns are built of brick, lined with firebrick. Their arched roofs were covered in tar, now deteriorated and weed-filled. Coal fireboxes accompany ten of the kilns. These are now infilled, demonstrating the brickyard's change in fuel from coal to oil. Three of the twelve beehive kilns on the site were built more recently than 1931, and two of them lack fireboxes, indicating their construction was after the change in fuel. Also of note on the site are eight exhaust stacks and a factory building with a drying shed.

After World War II, the brickyard business dwindled due to the increase in use of ferro-concrete in construction and a large-scale consolidation across the brick industry. Washington Brick Company and West Brothers Brick Company were the United Brick Corporation's major competitors. Beehive kilns were too small to accommodate forklifts for efficient stacking and moving of bricks, and could not be fired continuously as opposed to tunnel kilns. This site closed in the 1972. The United States of America acquired the site in 1976, in the care of the Department of Agriculture. It is maintained by the National Arboretum, and the National Register of Historic Places recognized the site in 1978. Plans to restore and renovate the site for public use have gone unrealized.