This site was the location of a reservoir for the Lake Erie, Alliance and Wheeling Railroad that passed through what is now part of the Iron Horse Trail. Ice was harvested here in the winter and it was used for ice skating. Later, the reservoir was filled in and became Hazel Park. It was used for sports and band practices for the high school and even visiting circus performances. In 1963, this library building was opened and it was renamed for its benefactor, C. J. Rodman. 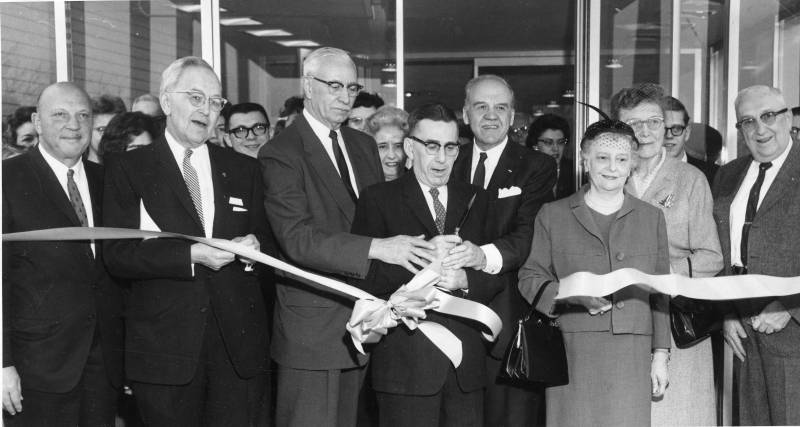 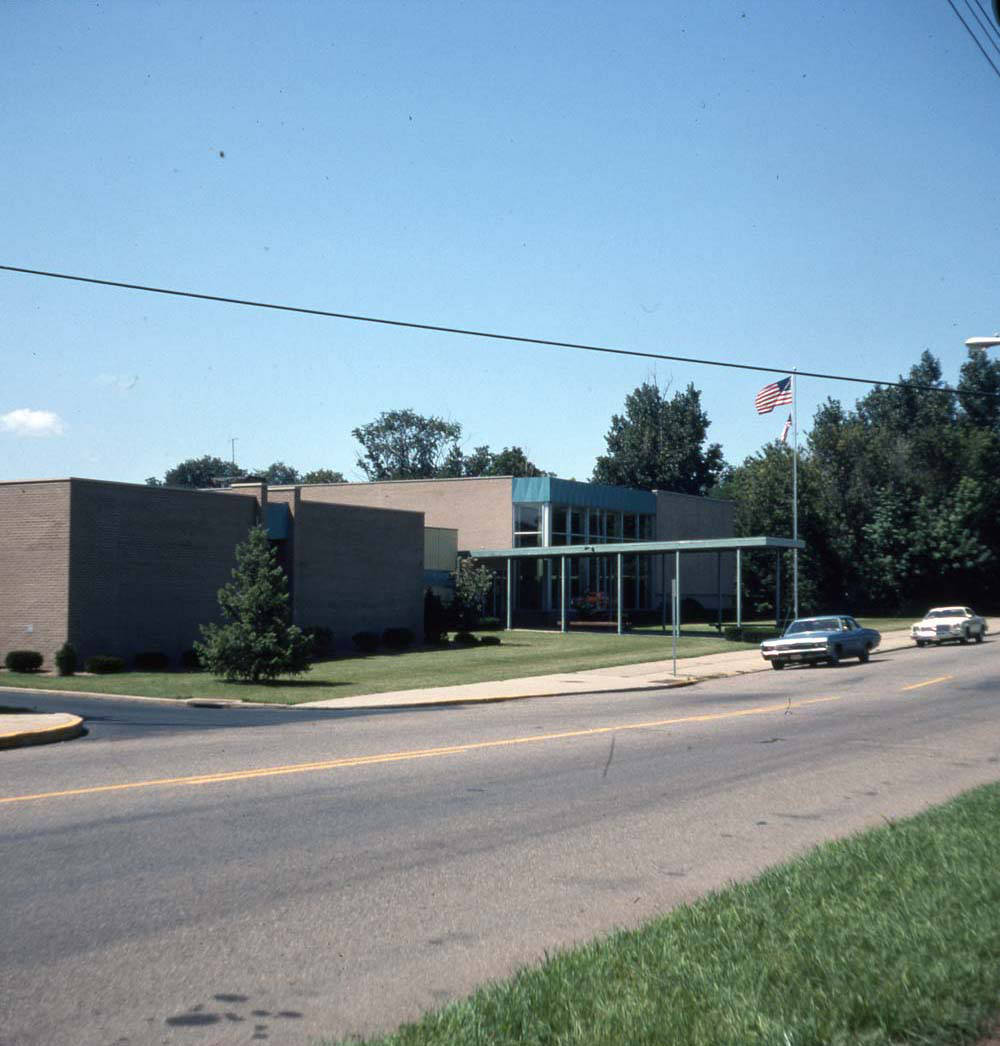 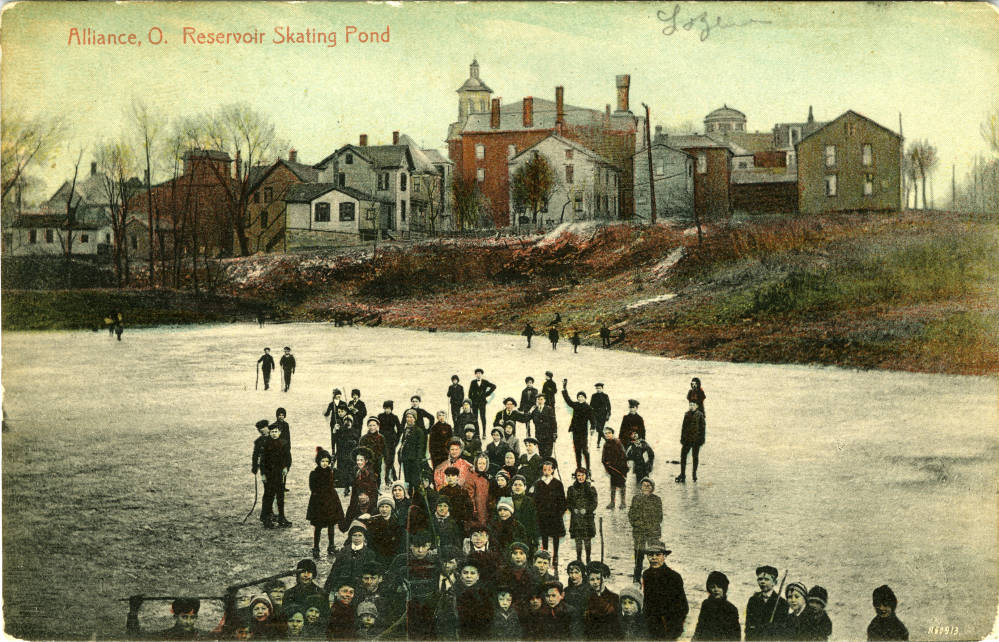 Reservoir: This site was formerly a reservoir, made by damming a spring that flowed through the area. The reservoir was used by the railroad to supply water for the steam engines. The reservoir was also a source of ice in the days before refrigeration, and it was also used as a skating pond.

Hazel Park: By the 1920s the reservoir was no longer needed and the area was turned into a city park. Named for Hazel Purcell Rodman, wife of C. J. Rodman, the park had a shelter, a playground and a softball field. It was used for high school sports and band practice and sometimes hosted a visiting circus. In 1958 the land was purchased from the city for $1 as the site of the new library.