The Blue Star Vietnam Memorial is a war monument located in South Charleston, WV. The memorial includes three stone monuments, the flags of West Virginia, America, and the POW flag, and a description of the memorial. The monuments are directly adjacent to the local Adena Indian Mound and are visible from Route 60, a main road. The monuments honor soldiers from the local area who died in the war. 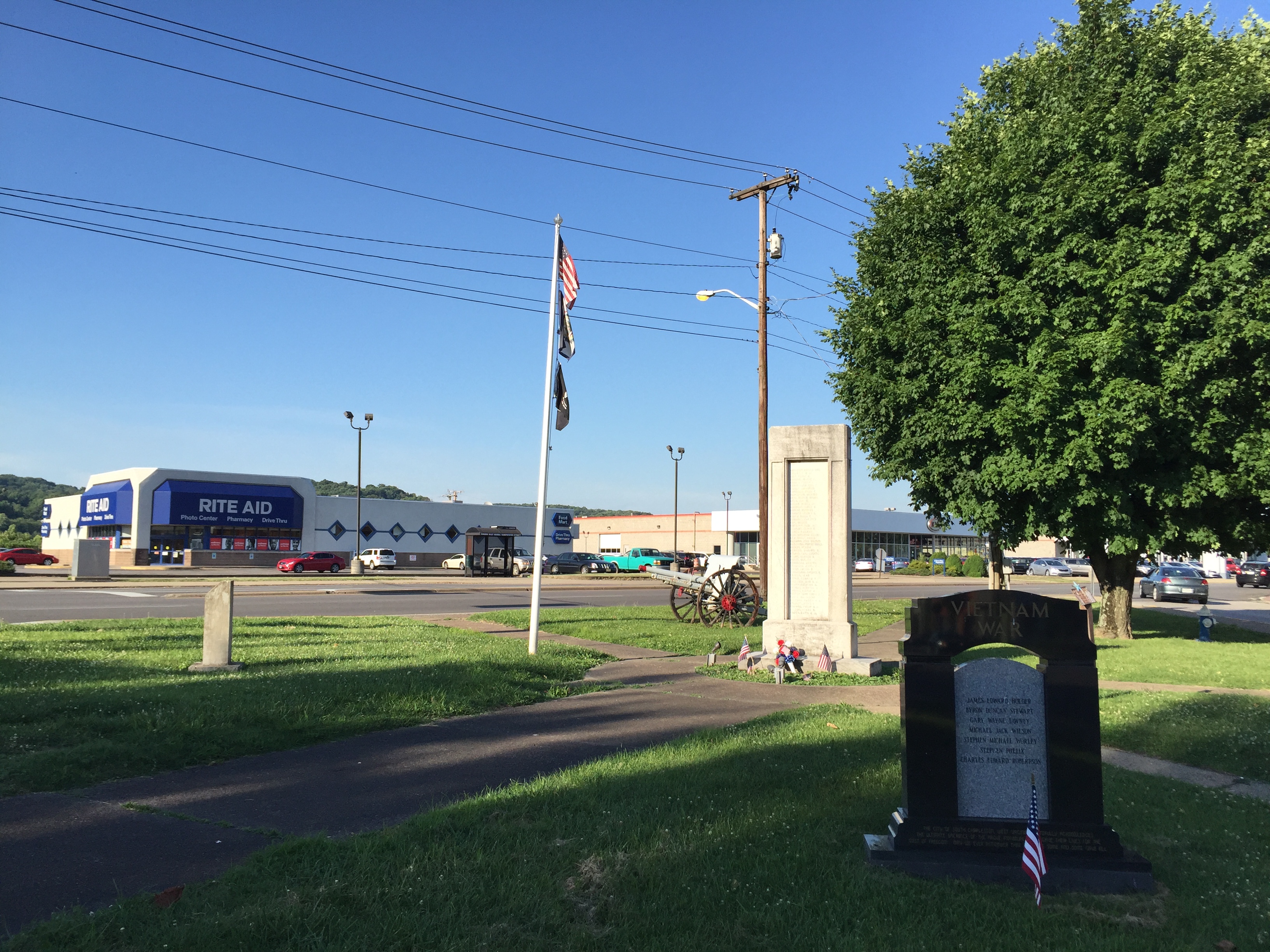 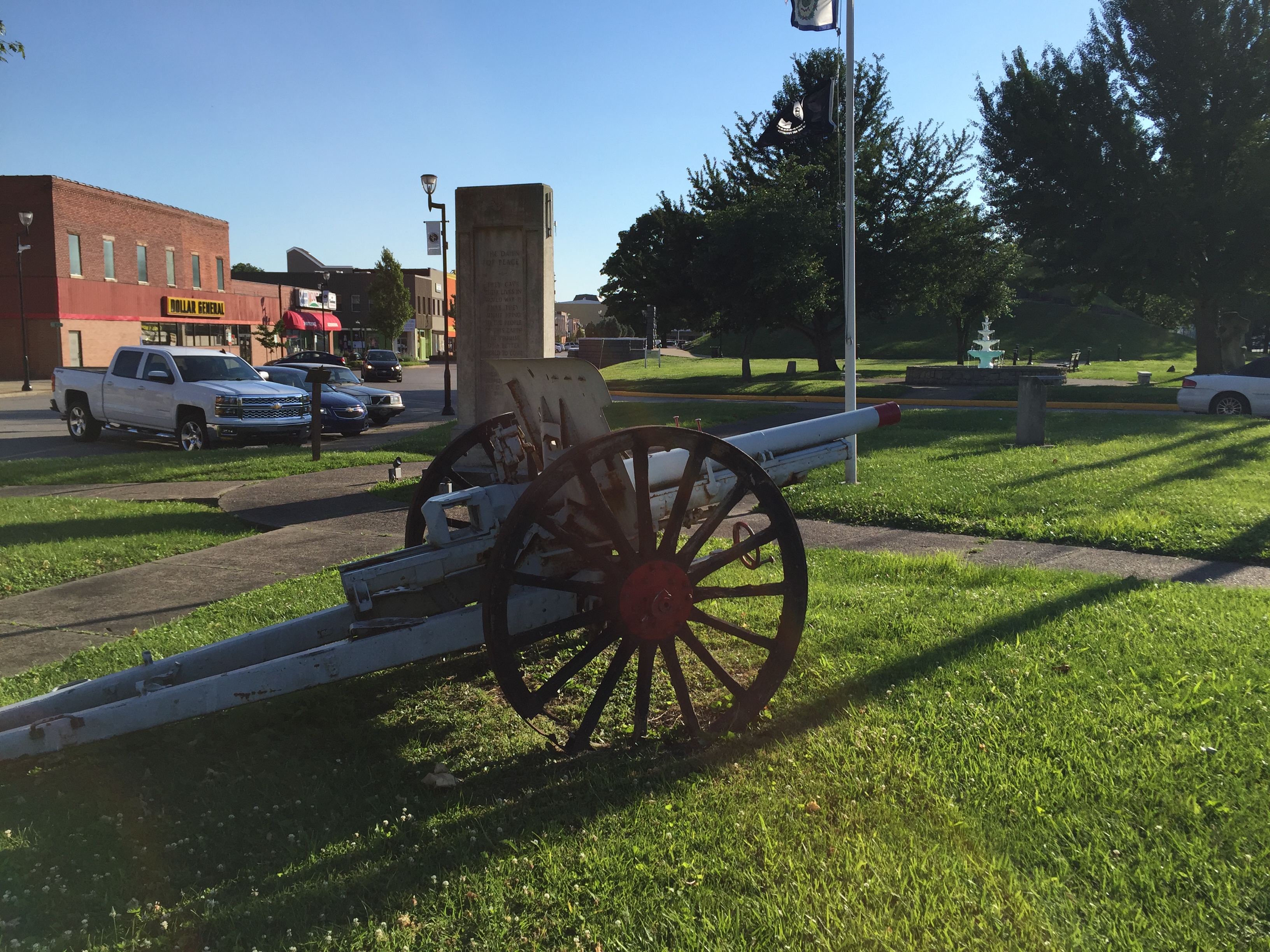 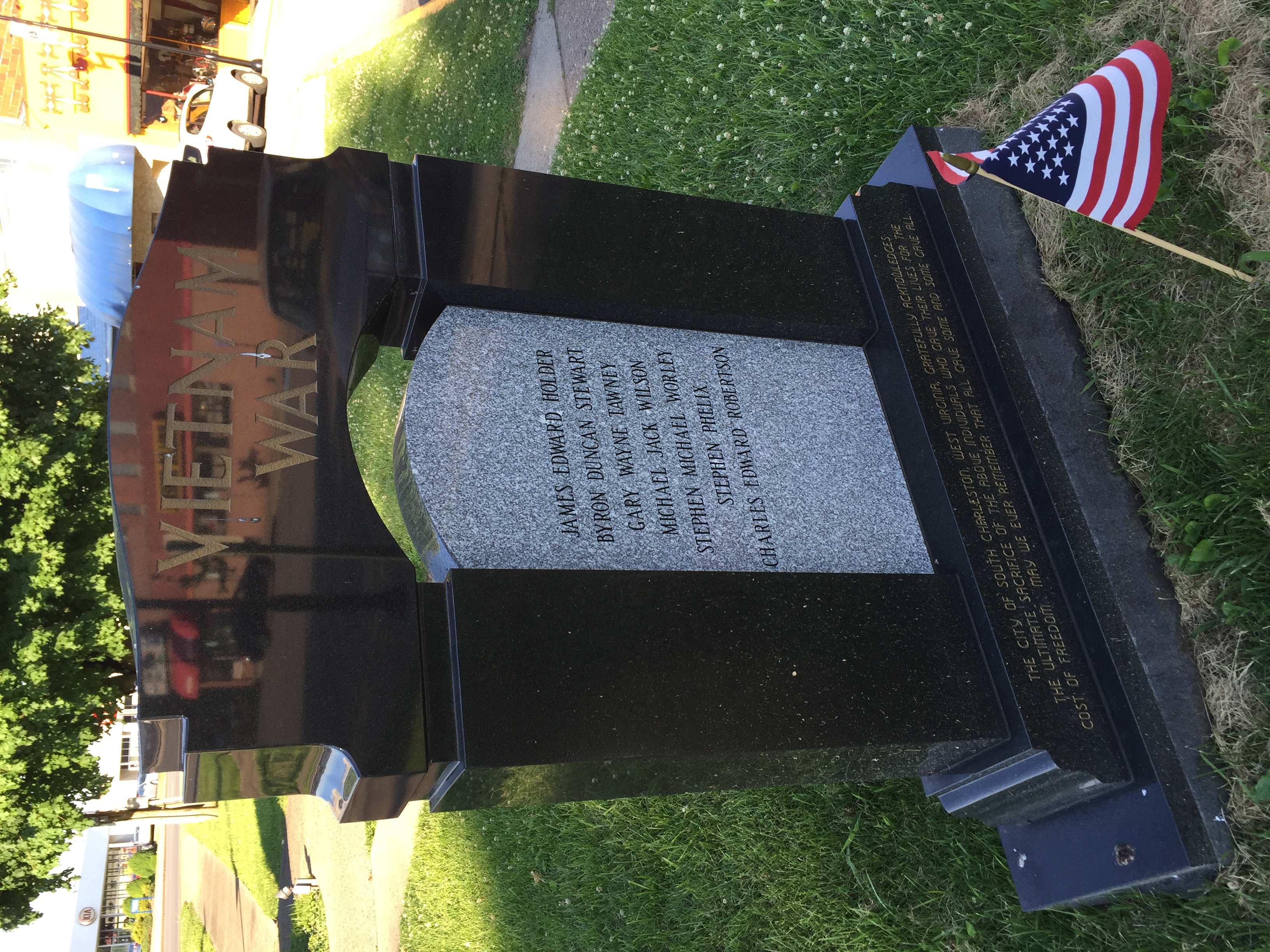 The Blue Star Vietnam Memorial in South Charleston, WV is located between MacCorkle Ave and 7th Ave. It was erected on Veterans Day, Nov 11, of 2005 and honors all veterans of the war as well as local soldiers who died.1 The monument was of special importance to the mayor at the time, Richie Robb, who was a Vietnam veteran himself. Names of the soldiers are listed on a granite slab at the edge of the memorial.

The inscription on the war victims' memorial states, "The city of South Charleston, West Virginia, gratefully acknowledges the ultimate sacrifice of the above individuals who gave their lives for the cost of freedom. May we ever remember that all gave some and some gave all." West Virginia played a significant role in the United States' participation in the Vietnam War. 2,709,918 Americans served in Vietnam, 36,578 of whom were West Virginians. Many received awards and those not on active duty made a difference in domestic service.

Nine West Virginians were awarded Medals of Honor including Thomas W. Bennett, who served as a medic and died saving others on the battlefield. Domestically, Charleston Ordnance Center built armored vehicles for the Army. However, not all West Virginians were supporters or participants. Many student demonstrations took place at colleges such as West Virginia University, even though the school was generally considered conservative. Rallies were also held elsewhere in the state including in Charleston.2