There are two bronze monuments honoring the soldiers of St. Albans, WV. Both are located in the Ordnance Park Housing area that during WWII housed workers for the Naval Ordnance Plant nearby. Both markers are located in the "triangle" area at Pfaff Street and Grant Avenue. One marker list the names of the St. Albans Soldiers killed in WWI, WWII , Korea and Vietnam. The second marker, adjacent to the first, honors Robert Cox, a Medal of Honor recipient. 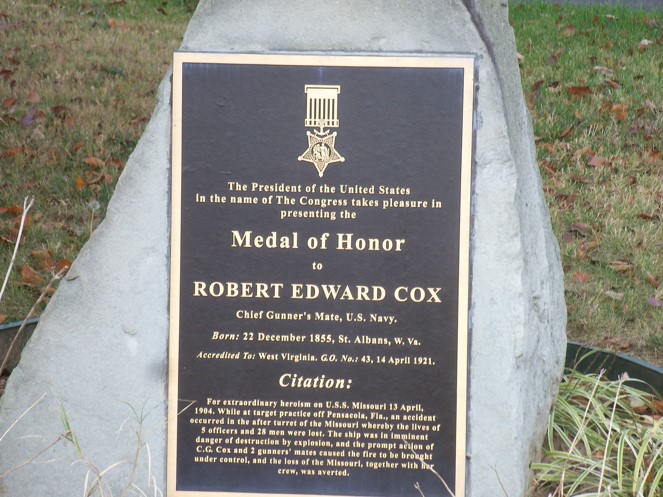 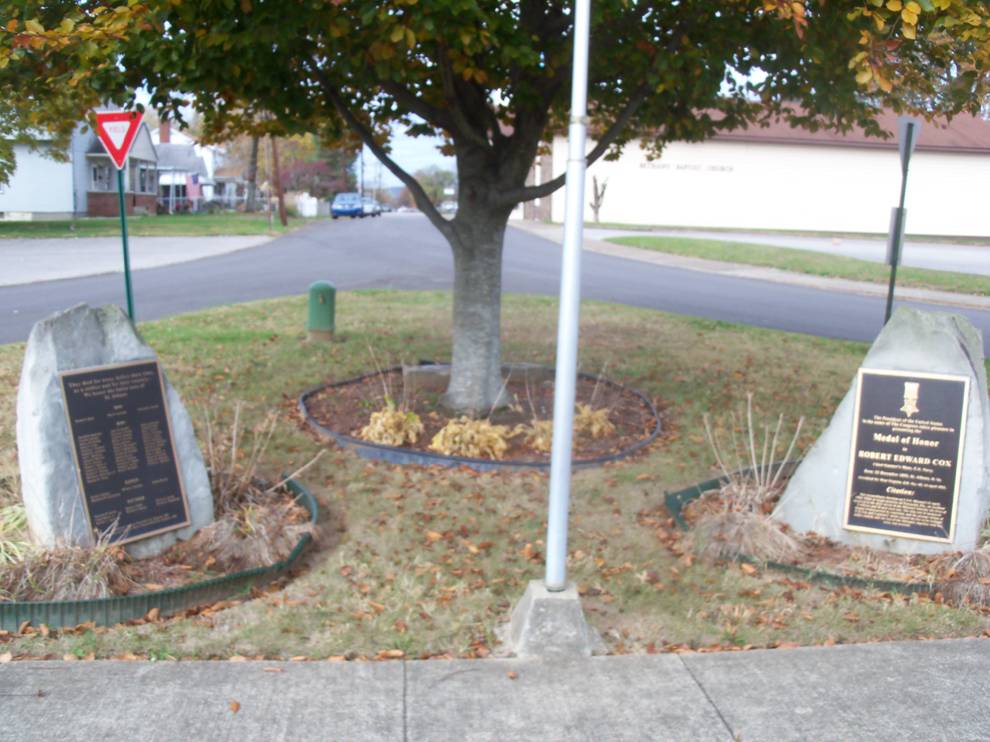 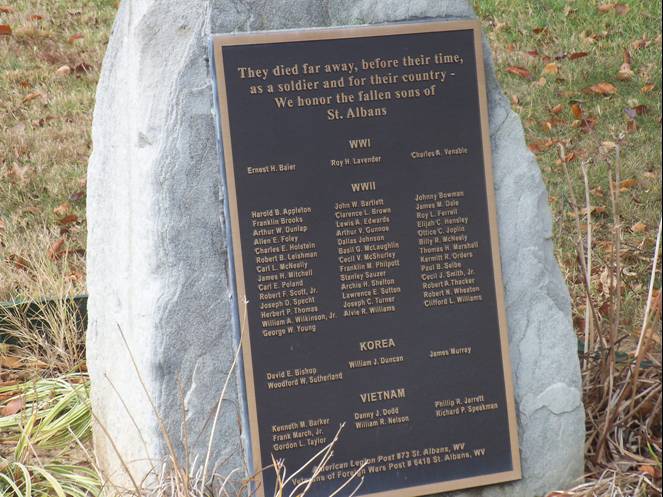 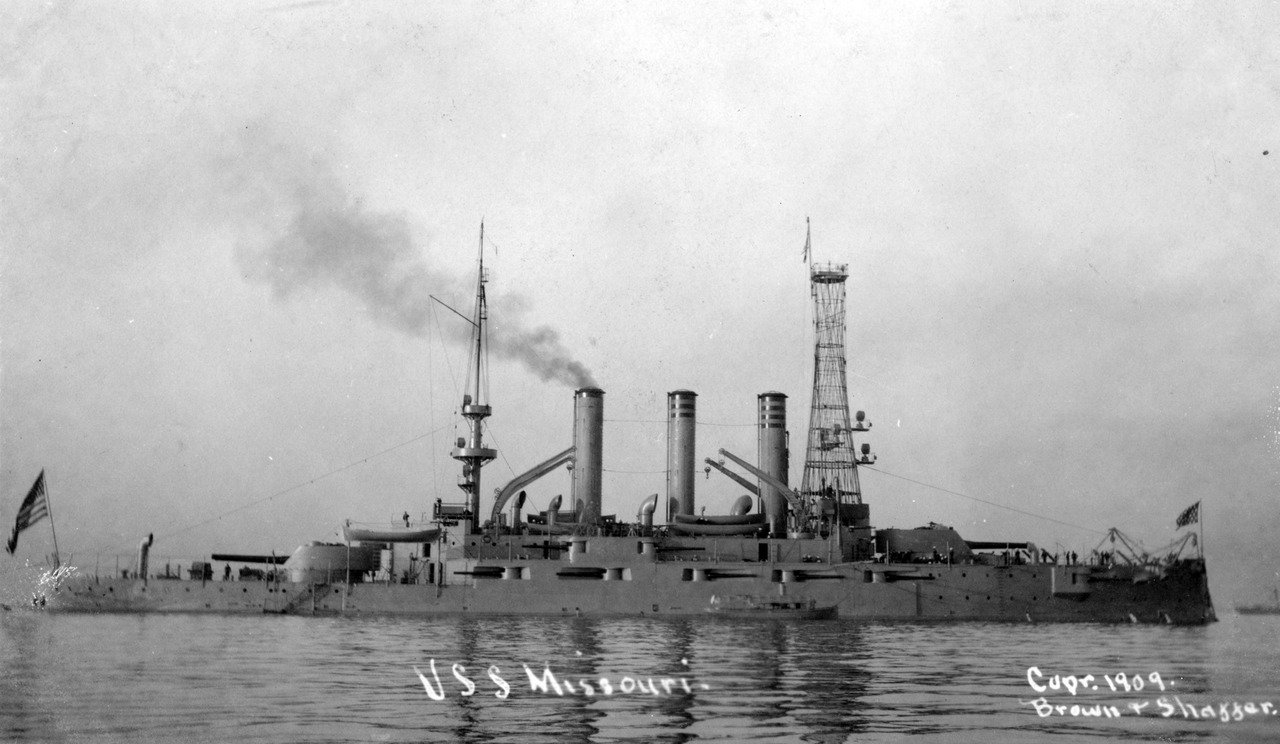 Both monuments honoring the soldiers are located in the Ordnance Park Housing area that housed WWII workers for the Naval Ordnance Plant nearby.The markers are located in the "triangle" area at Pfaff Street and Grant Avenue. Pfaff Street was named after the Navy Commander over the Naval Ordnance Plant at South Charleston that built battleship guns, torpedoes and armor plating for ships during WWII.
One bronze marker (both inset into stone) list the names of the St. Albans Soldiers killed in WWI, WWII , Korea and Vietnam.
The second marker, adjacent to the first, honors Robert Cox, a Medal of Honor recipient. Robert Cox.

Robert Edward Cox (December 22, 1876 - April 24, 1937) of St. Albans was a sailor serving the United States Navy who received the Medal of Honor for bravery. Only three individuals from Kanawha County have received this award. The other two were Herbert J. Thomas (WWII) and Charles Rogers (Vietnam).

Cox was born in St. Albans, WV and after joining the Navy was stationed aboard the Battleship USS Missouri (BB-11). On April 13, 1904, the Missouri was engaging in target practice when one of the ship’s 12” guns “flared back”. As the breech was opened for reloading, hot gases were released into the turret, causing it to catch fire. The fire spread to a bag of propellant and from there it spread down to the ammunition handling chamber. Cox, along with 2 gunner’s mates, contained the fire before it spread to other areas of the ship and putting out the blaze. The fire was eventually contained but before it was out, 36 of the ship’s crew were dead.

For his actions he received the Medal of Honor on April 14, 1921 from President Harding. Cox died in 1937 at the age of 60 and is buried in Rose Hill Cemetery, Altoona, Pennsylvania. 1.

“For extraordinary heroism on the U.S.S. Missouri, 13 April, 1904. While at target practice of Pensacola, Fla, an accident occurred in the after turret of the Missouri whereby the lives of 5 offciers and 28 men were lost. The ship was in imminent danger of destruction by explosives, and the prompt action of C.G. Cox and 2 gunners mates caused the fire to be brought under control, and the loss of the Missouri, together with her crew, was averted.”