This static display of historic military equipment includes a F-86 D Interceptor that was donated to the town of Milton by the Air Force for the purpose of a static display. The F-86 was used by 36 different countries and was used heavily during the Korean and Vietnam wars. Next to the F-86 is a 5"/25 MK 40 wet mount gun designed by The Bureau of Ordnance in 1942 and used by naval ships in World War II. W. The gun has a range of a little over 14,000 yards when fully elevated at 40 degrees and was able to be depressed to a minimum of -10 degrees. When completed assembled the gun weighed a total of 14,000 pounds. 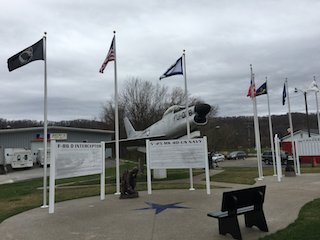 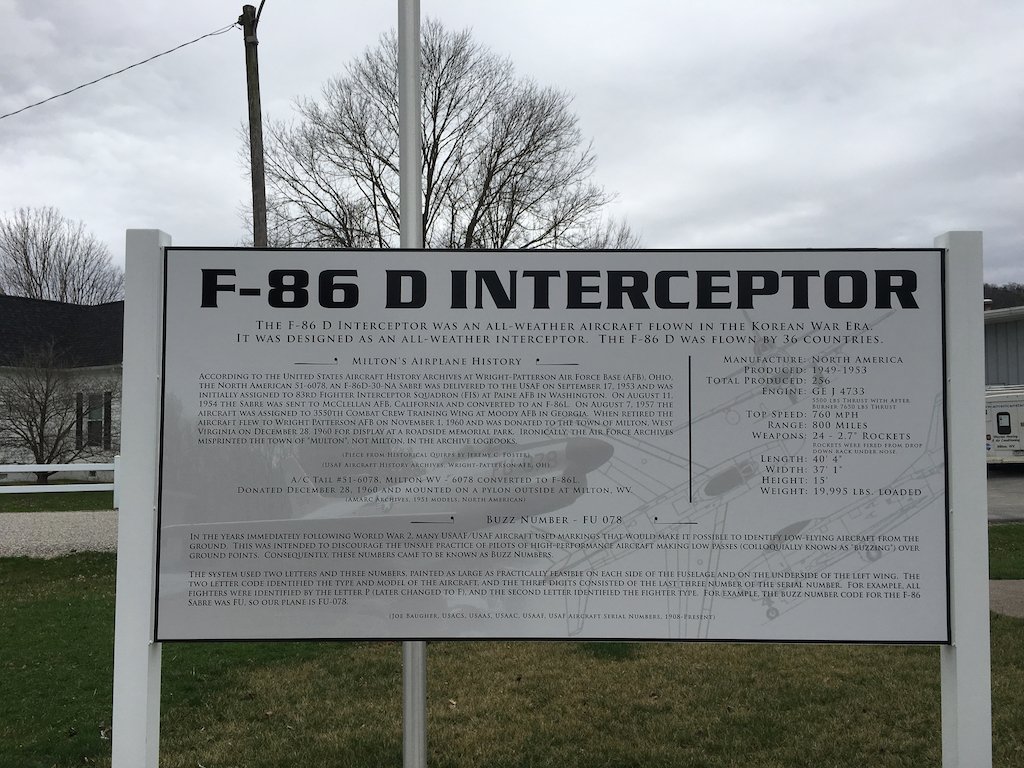 This F-86 in particular was originally assigned to the 83rd Fighter Interceptor Squadron at Paine Air Force Base in Washington. It was then converted to an F-86L at McClellan AFB in California in August of 1954. Then in August of 1957 it was sent to Moody AFB in Georgia as a training vessel for the 350th Combat Crew.

The very first 5"/25 caliber wet mount model identical to Milton's was put into action in February 1944, it was intended to be utilized on large submarines that had minimum space for extra artillery. The first 5"/25 wet mount was to be mounted abroad the SS 441 in 1944. The gun and its mount were designed to use minimal installment and have a low silhouette. This made the gun and its mounting system highly desirable.

At the time, the demand for such a gun was in high numbers. Able to be added to a fleet with very little maneuvering involved. It was approximated that there would need to be around 441 assemblies needed for new production submarines and submarines already in service. Although the plan was to provide over 400, during 1944 a total of 119 assemblies were delivered, 50 of which were utilized on submarines that at the time were in action.

Although the model you see photographed here was an early 40's production, this was not first design of a gun this style. These guns were known as dual purpose weopns, for air and land targets. Between the 1920s and 1940s a manufacturer by the name of Herringhall-Marvin Safe Company made models somewhat identical to the model later made in the 40's by The Bureau Ordinance. The same model was used on USS Bowfin in Pearl Harbor.