These two adjacent homes in Cabell County were owned by two men who fought in the Civil War. One of the men served the Union and the other supported the Confedacy. Both of these men were killed during the Civil War. However, they were not killed in battle, but rather both were murdered in their homes. 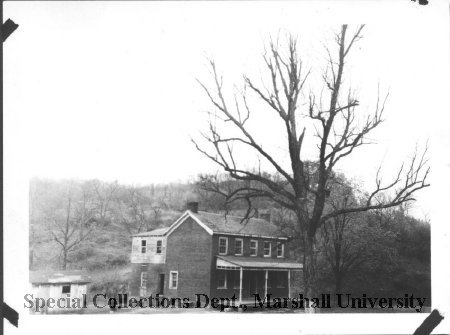 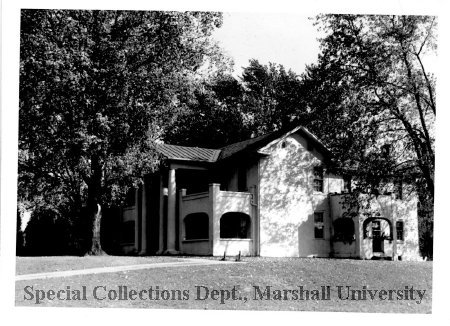 Col. Henry Shelton and wife owned and operated a plantation on rt. 60 that was the James River Turnpike. Which was in front of the Ridgelawn Cemetery. In 1998 the house was demolished. He had 12 slaves during that time. In September 1861 Col. Shelton went to answer a knock on the front door, and a Union supporter named Achilles Fuller had ask him if he knew anything about his son being held captive and in possession of a gun. At that moment Achilles Fuller pulled out a gun and killed Shelton in his front door. Within a few days Col. Shelton's son, James found Achilles Fuller at his home on Russell Creek and shot and killed him in his front door. This caused a bitter divisiveness in Cabell Co. Since Col. Shelton was a confererate; indictment charges were brought against him and other Cabell Co. plantation owners charging them with conspiracy; they were: Peter Cline Buffington, John Shelton, Gen. Albert Jenkins, James Wolford, George Holderby, James Ferguson, Hurston Spurlock, Milton Ferguson, Henry Buffington, John Buffington, and Charles Shelton. They were charged with making war against the United States Government. A levy was placed against all their lands. In 1870, lands belongs to the Jenkins and the Buffington's were sold to satisfy the judgements. The defendents appeared before a state court and filed for a rehearing, but were refused because they would not take the "test oath" of the Union government. Later the Supreme Court ruled that all charges were unconstitutional. The burning of Guyandotte was tied in with the incident because of the different loyalities to the Union and the Conferate.

An incident which typified the bitter divisiveness in Cabell County was the murder of Achilles Fuller, a Union supporter, on November 10. Earlier in the year Fuller had killed Henry Shelton, a Confederate supporter whose sons served in the Confederate cavalry. On the evening of the raid on Guyandotte, Private George Shelton and a few of his comrades from the Eighth Virginia Cavalry split off from the Confederate columnn at Barboursville and rode to the Fuller home, where Achilles Fuller was discovered and immediately murdered