The West Virginia Colored Children's Home was built between 1922 and 1923 and was demolished in 2011. The structure served as a school and orphanage for African American children until 1956. The land and property was later utilized as a home for the elderly and as student housing for Marshall University. The West Virginia Colored Children’s Home was placed on the National Register of Historic Places in 1997. Despite efforts of the Preservation Alliance of West Virginia, the building was demolished in 2011 by the Cabell County Board of Education to build a new middle school. 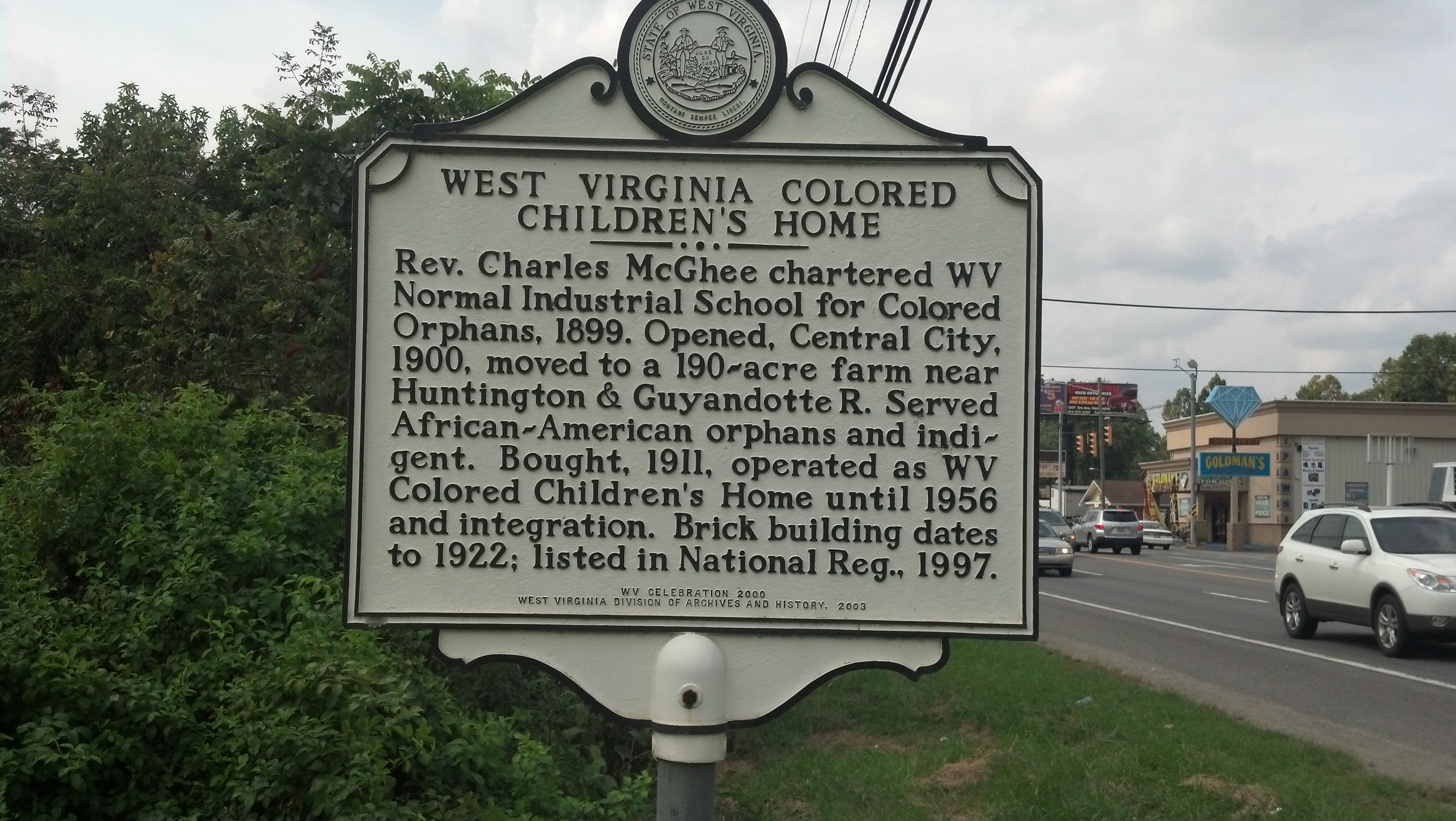 Looking from marker toward site of W.V. Colored Children's Home. 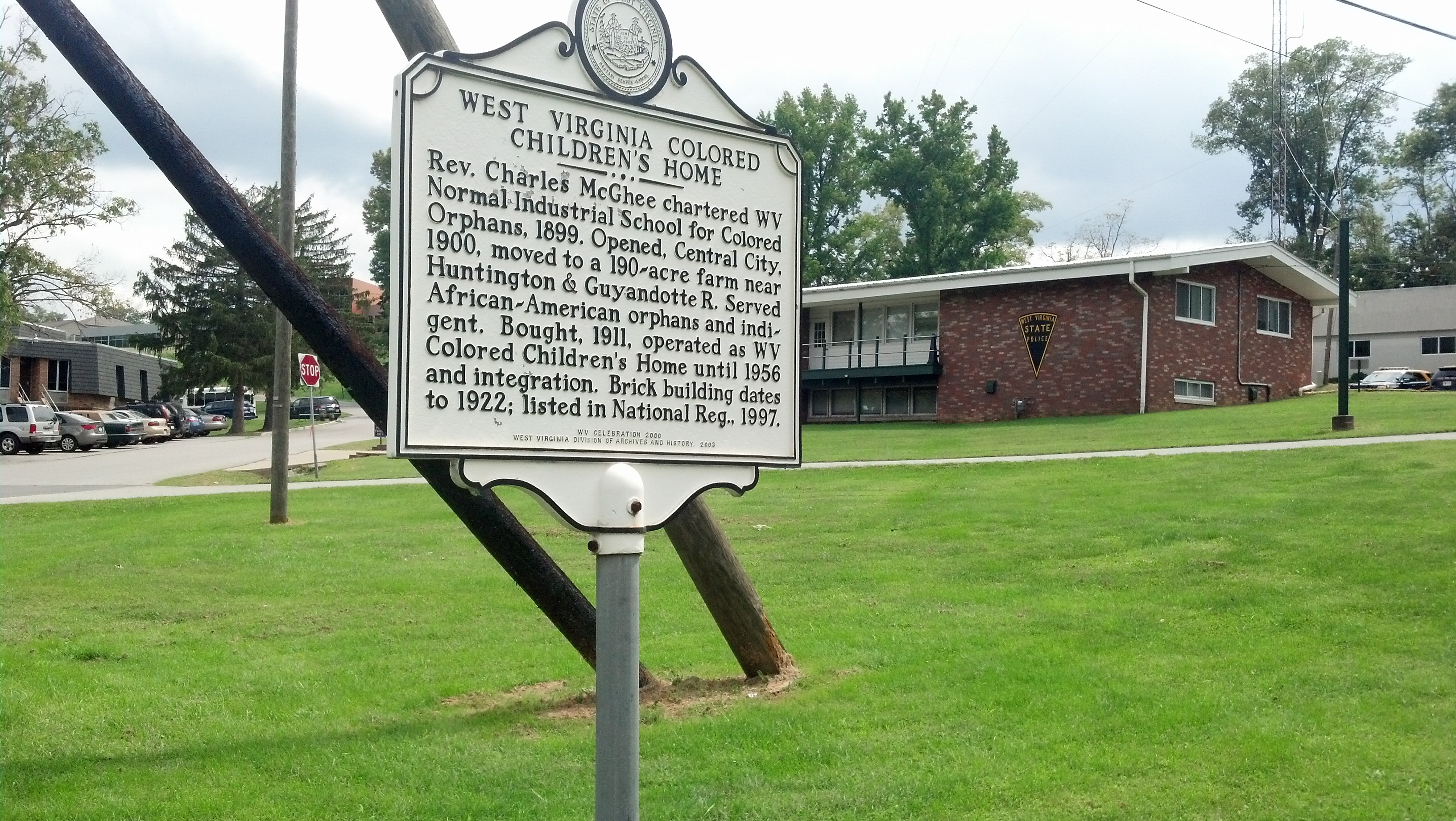 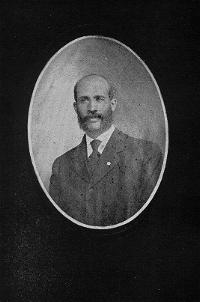 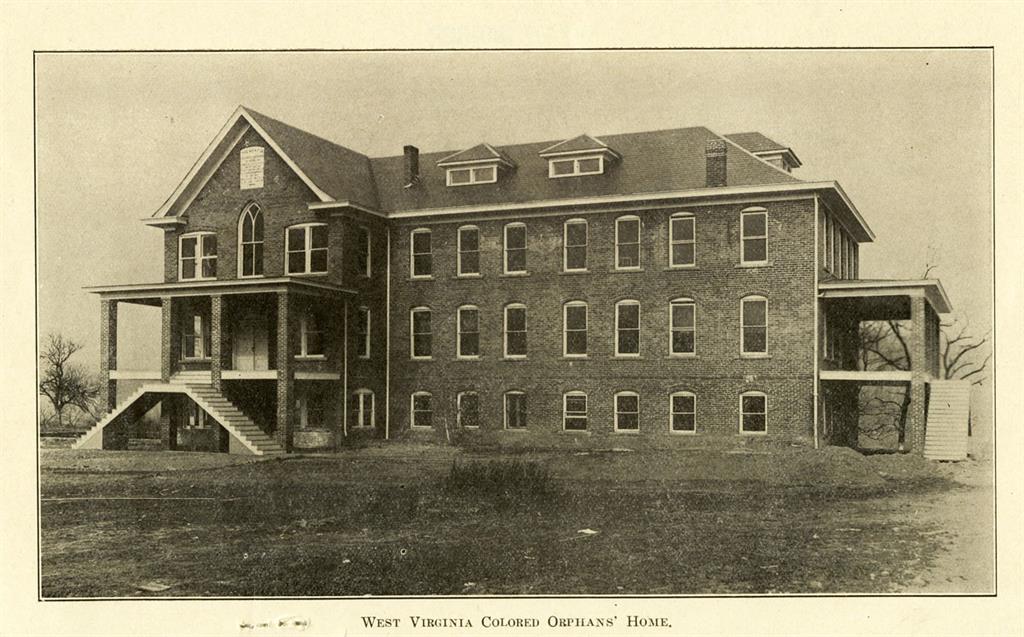 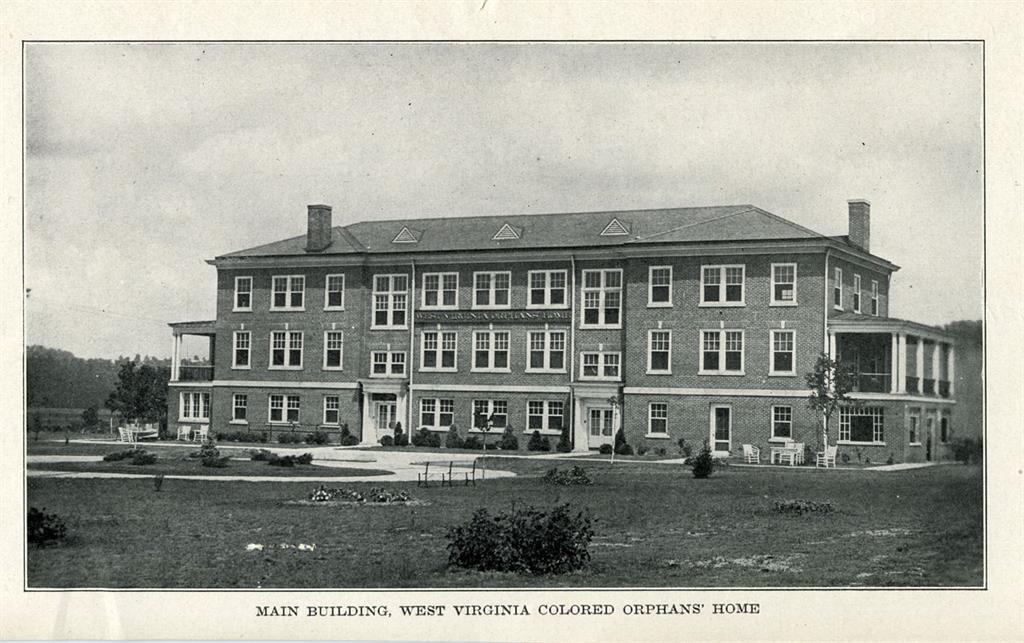 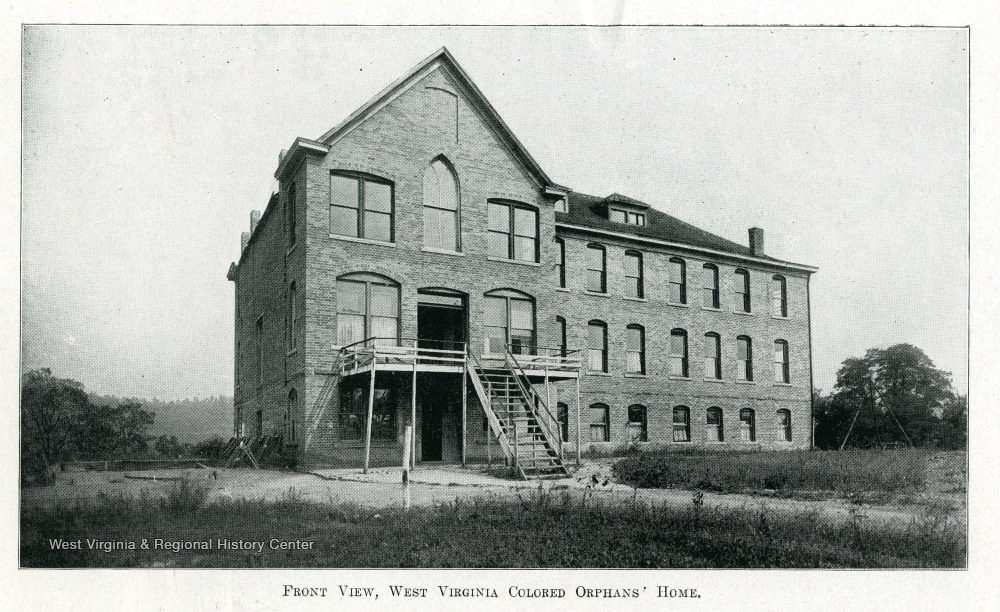 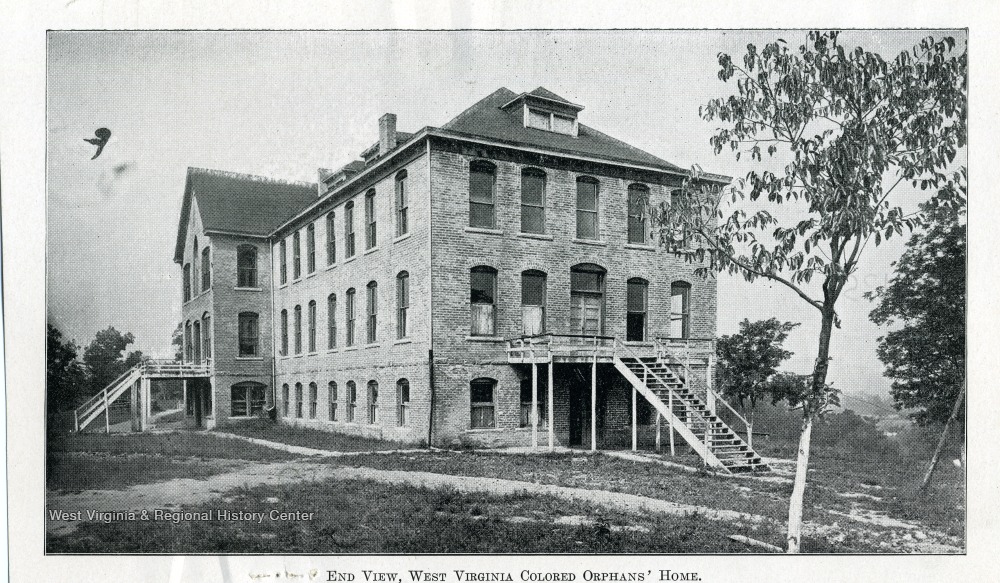 One of three architectural drawings for original home. 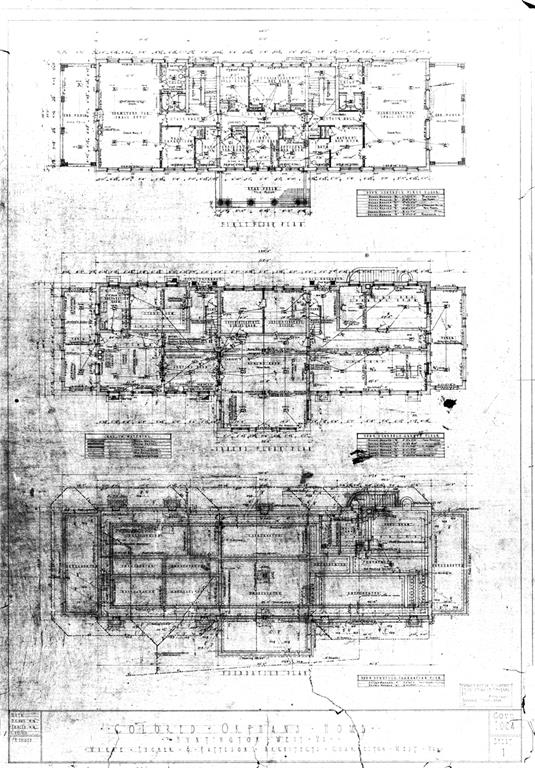 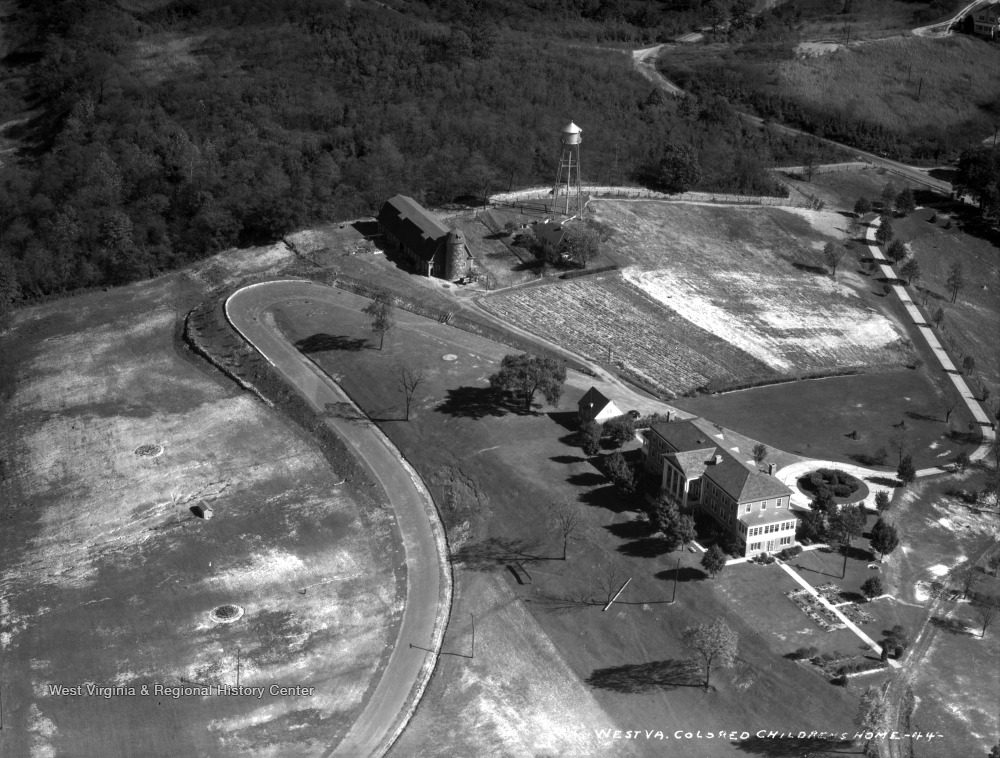 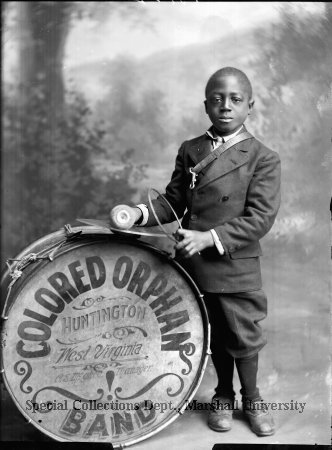 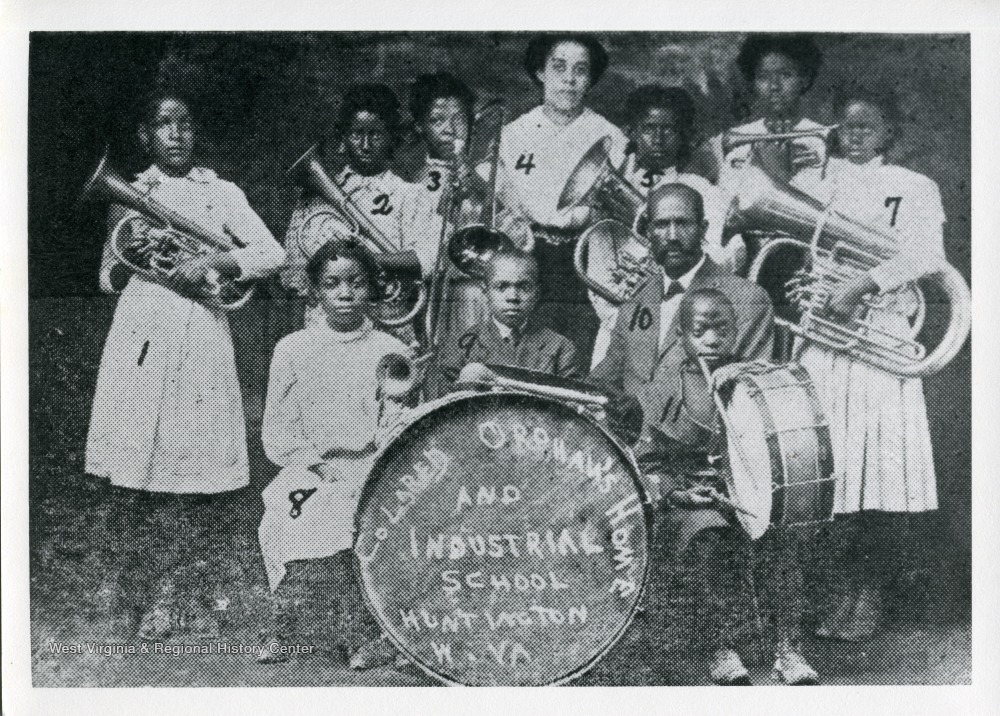 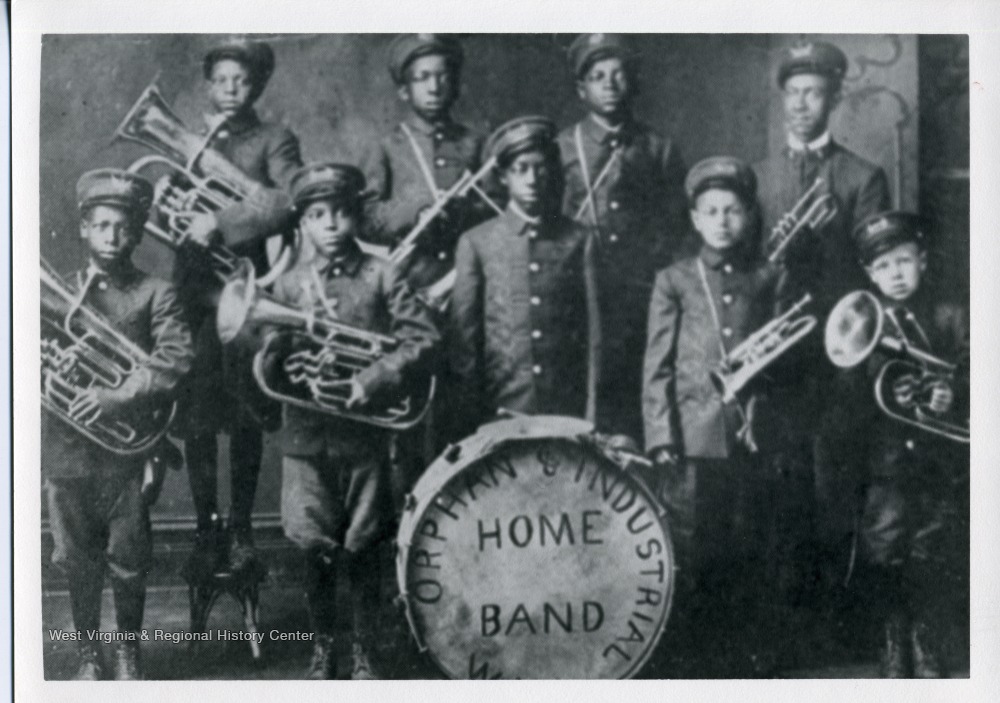 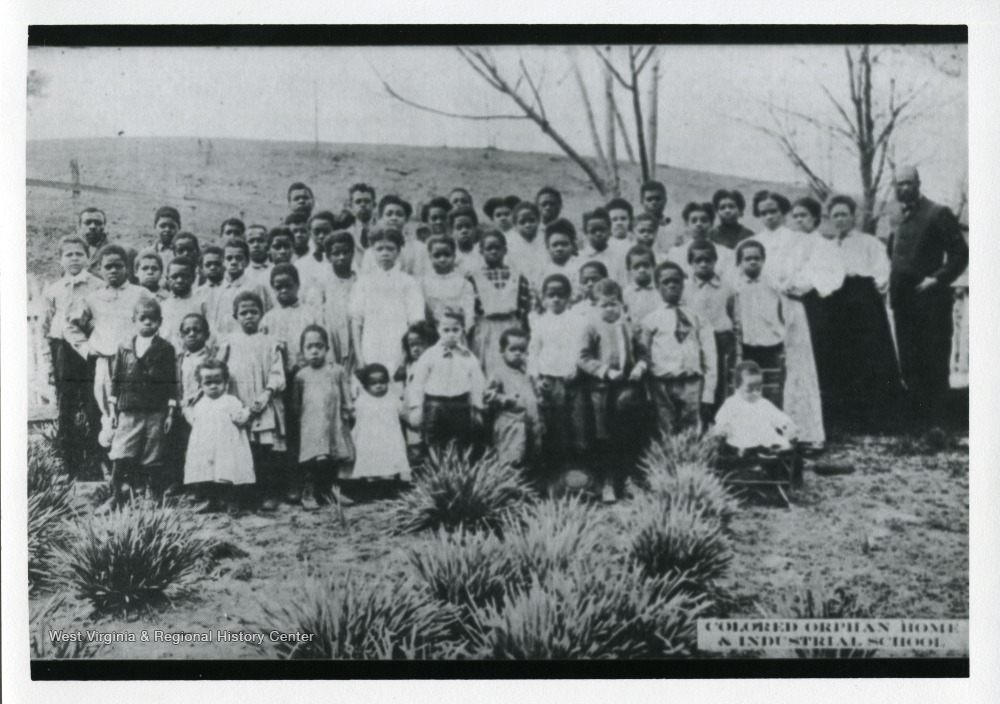 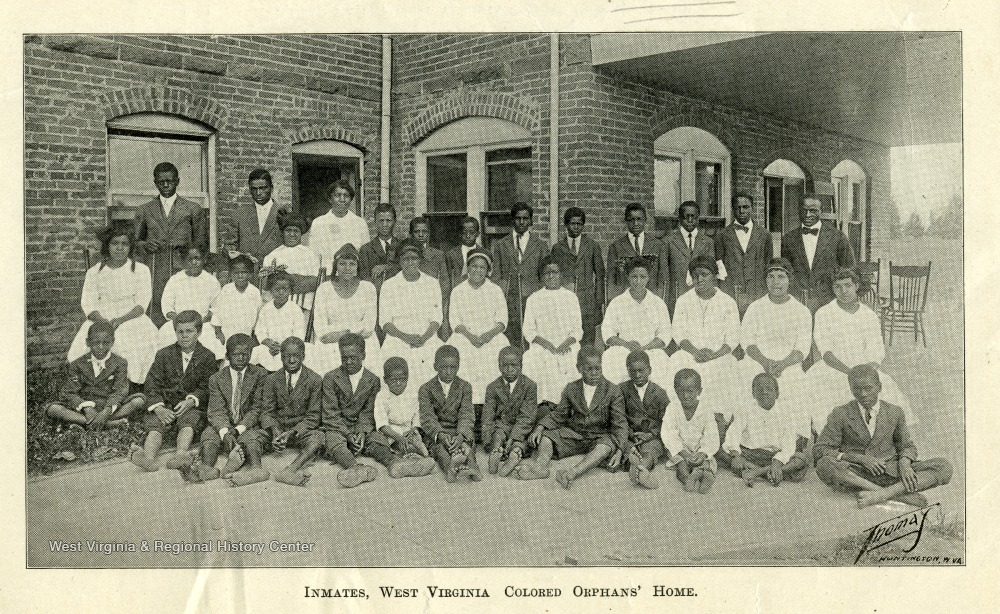 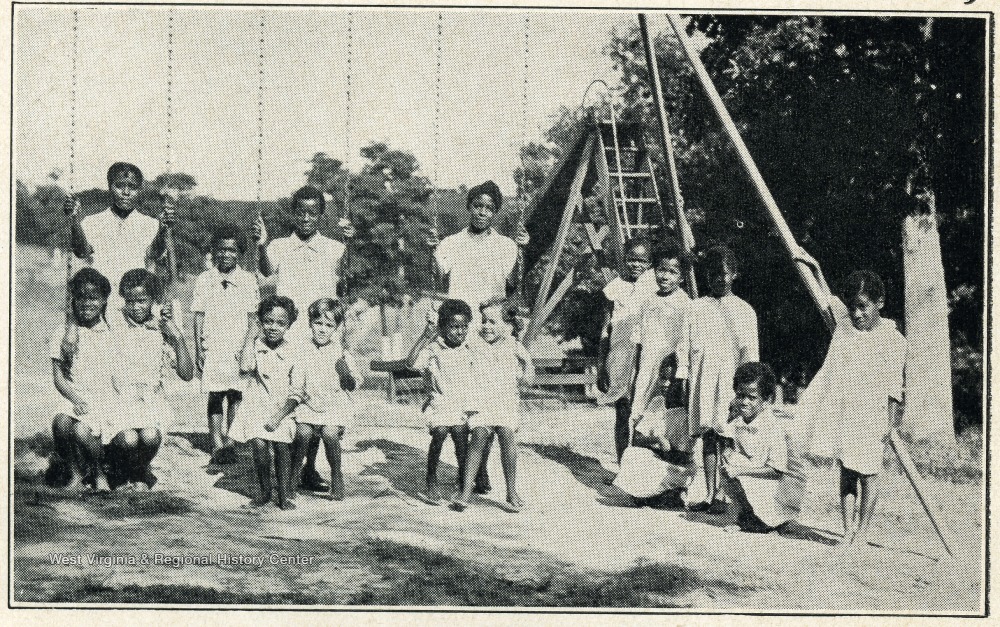 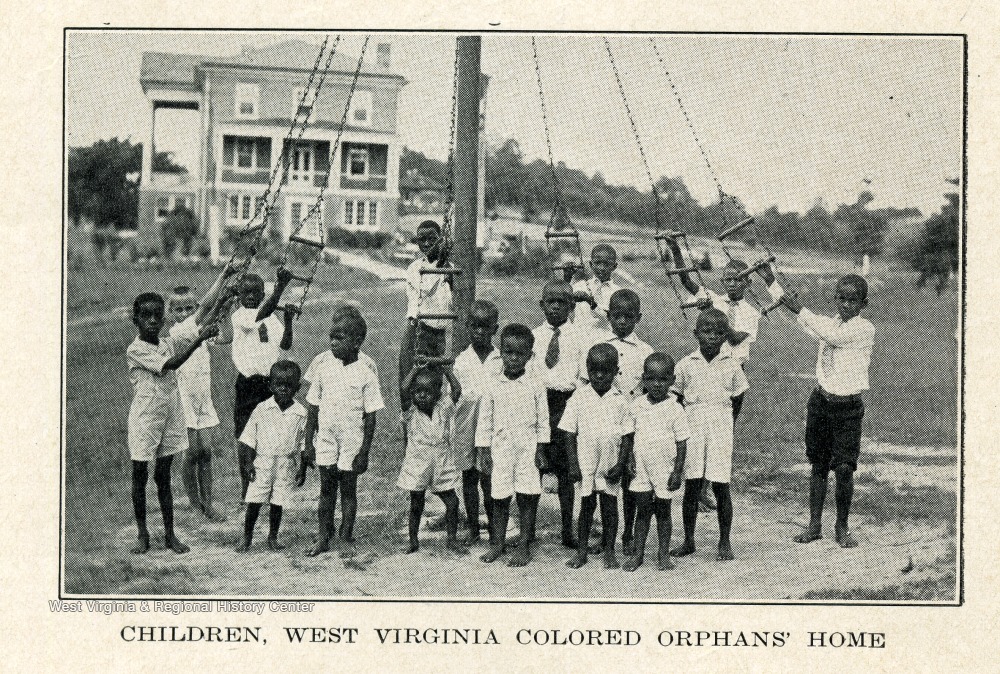 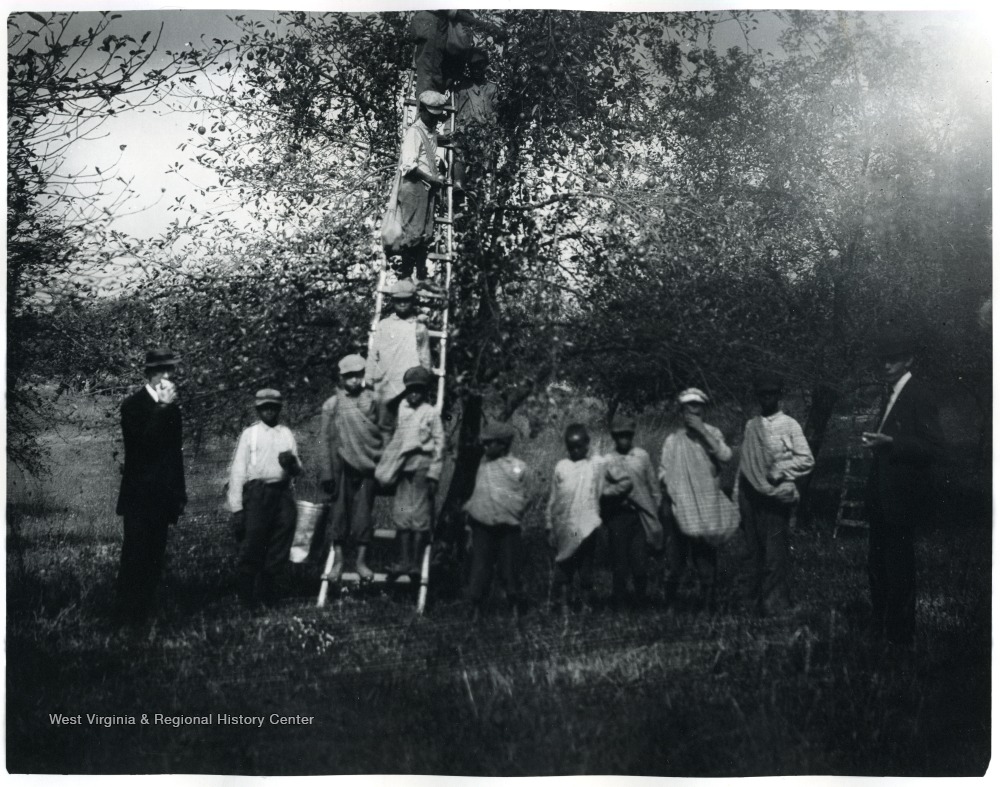 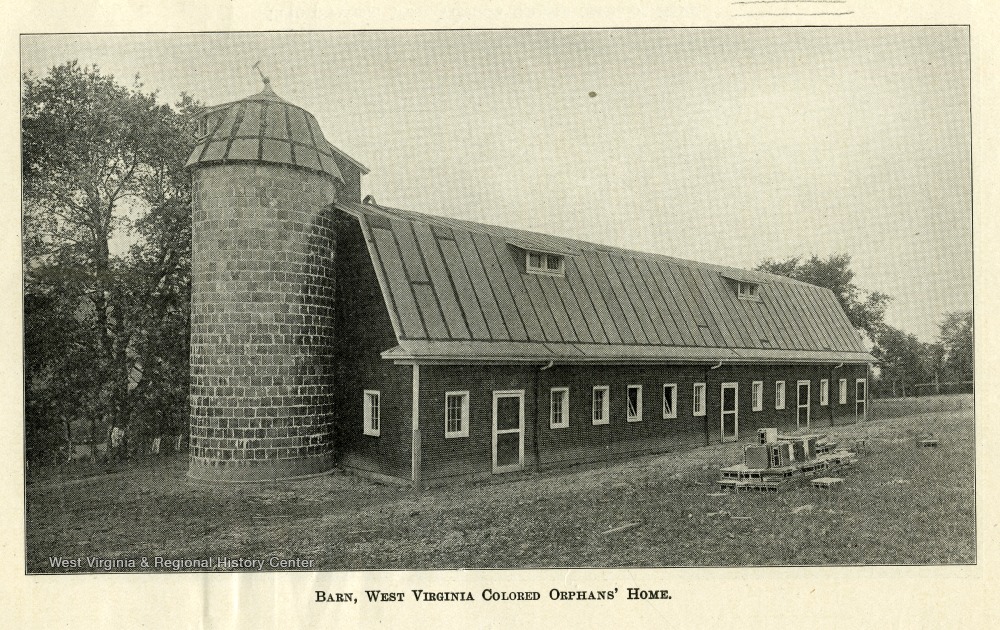 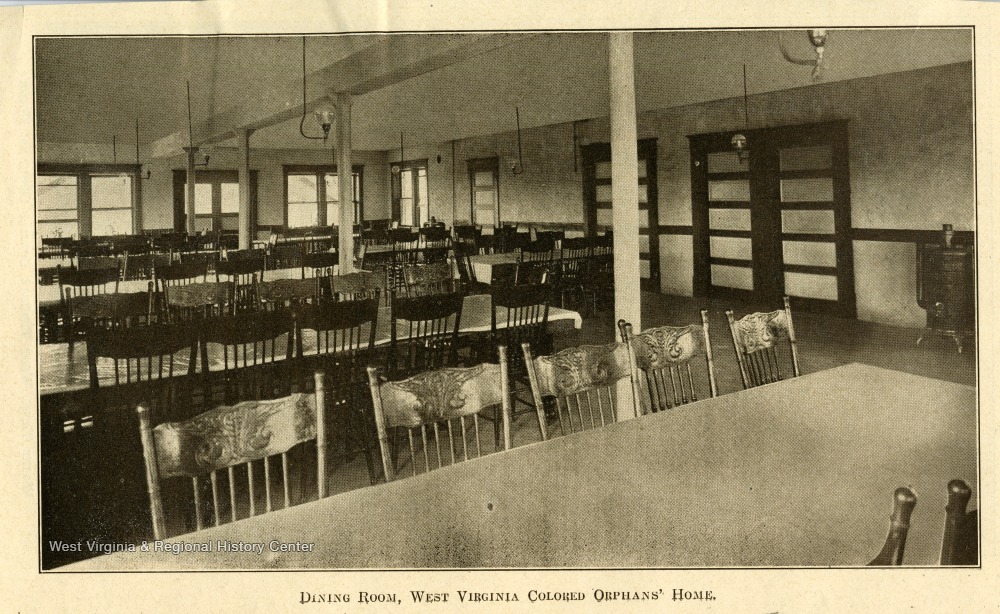 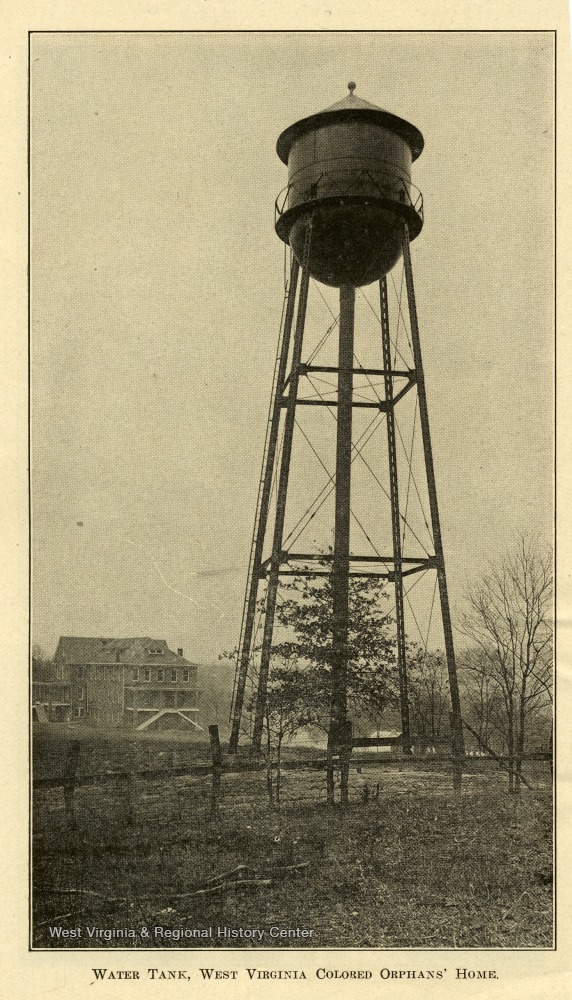 The front of the former home before it was demolished 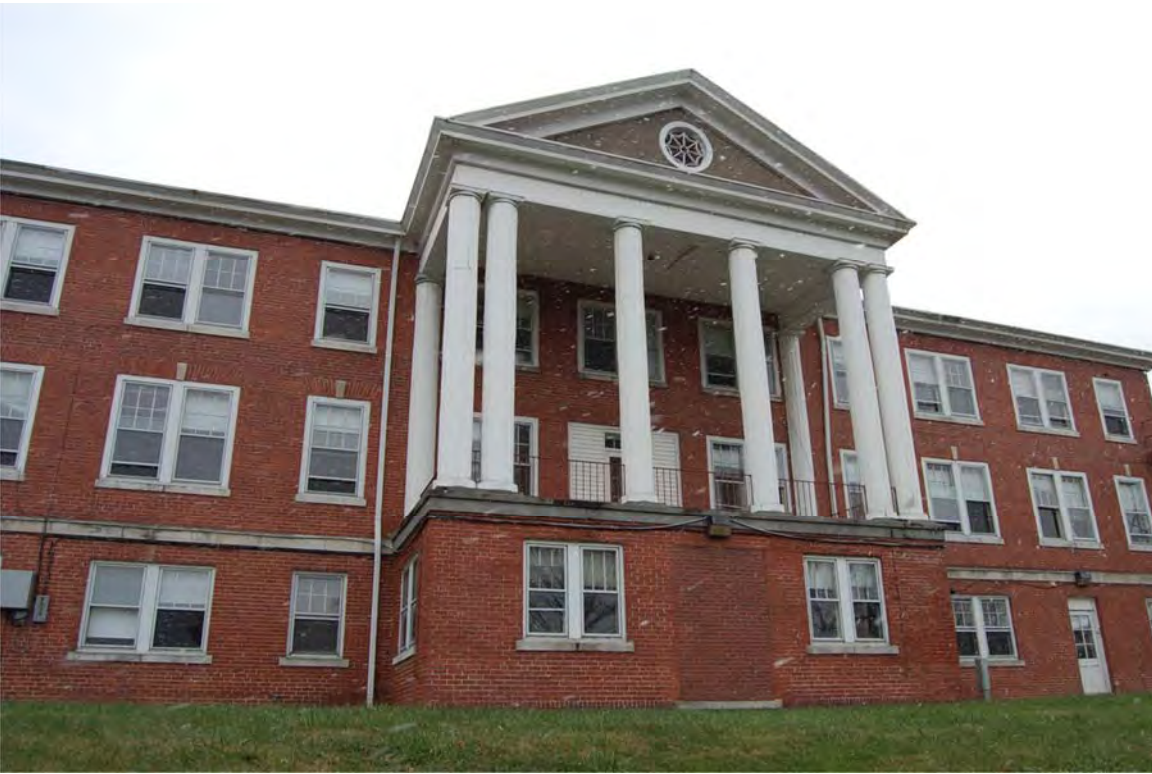 The main building of the former home before its demolition 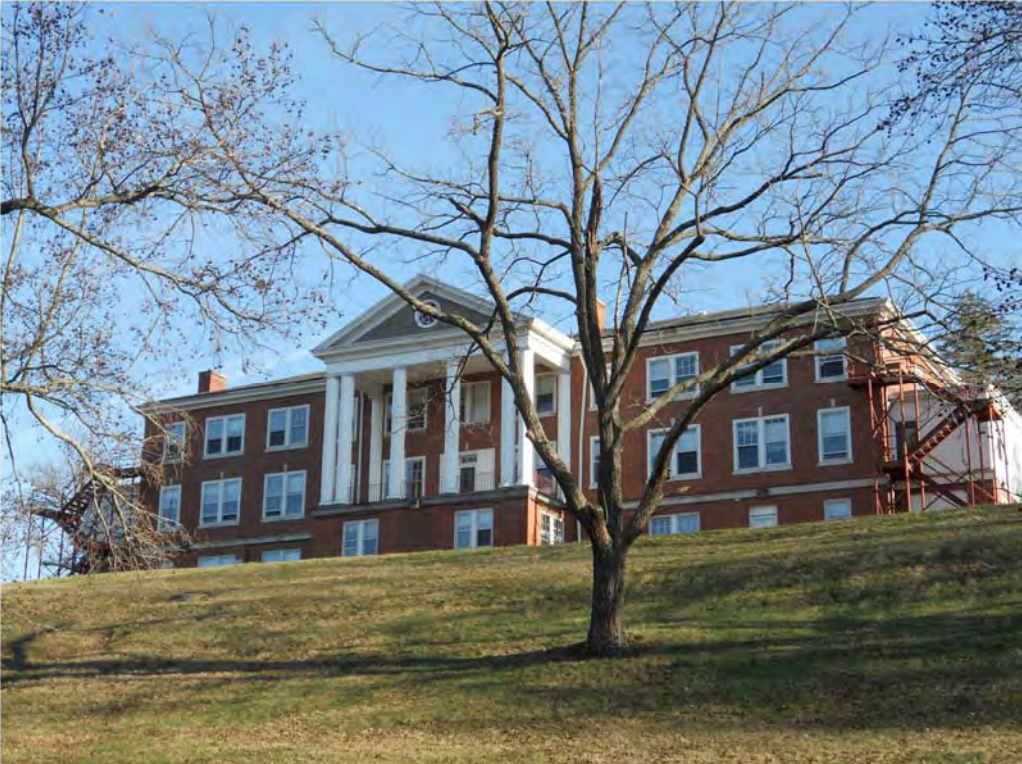 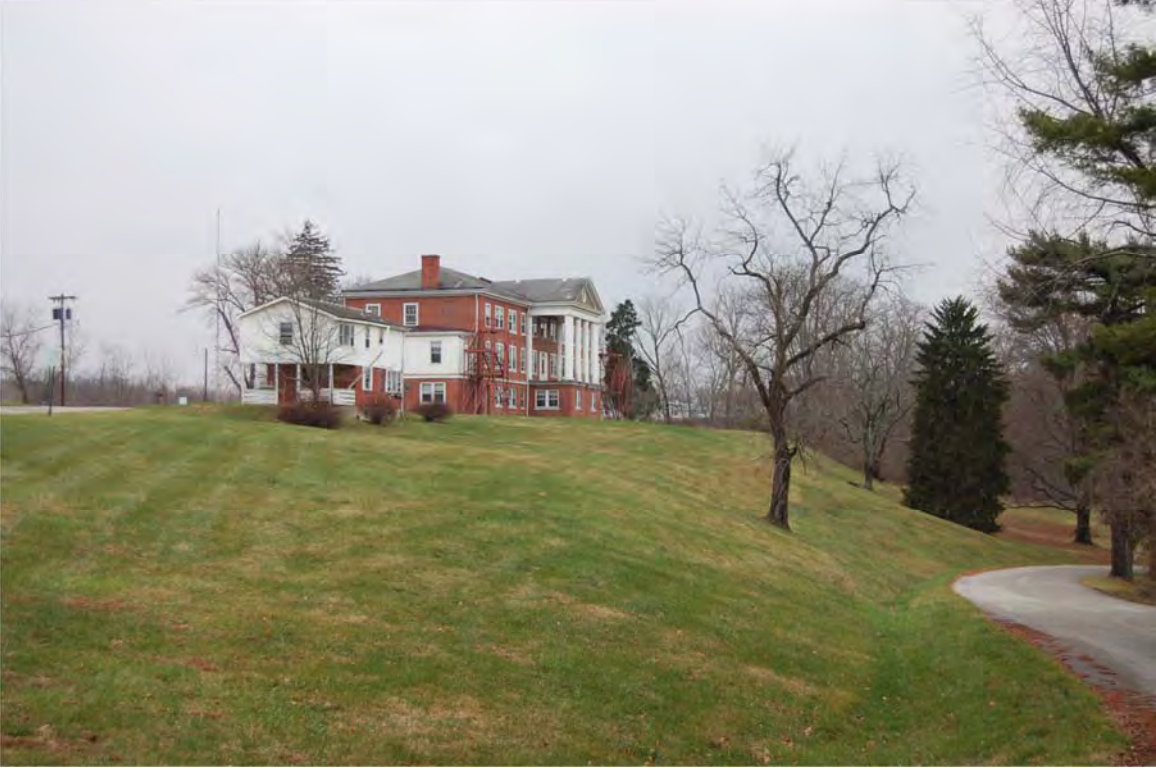 This Huntington facility was the last of a series of structures built by the state of West Virginia during the era of Jim Crow. Orphanages and asylums were operated both by the state and by many religious and charitable organizations, and each drew the color line.

Charles McGhee, a local Black pastor, spearheaded the efforts of the West Virginia Colored Orphans’ Home, beginning with efforts to improve school buildings for African American children in Bluefield, WV. Reverend McGhee’s efforts led to the establishment of an African American high school in Bluefield which grew to become Bluefield State College, a historically Black college. McGhee also worked to promote the establishment of the Colored Orphanage in Bluefield, known as the West Virginia Normal and Industrial School for Colored Children.

In 1899, the West Virginia Normal School and Industrial School for Colored Children moved to Huntington, WV, and then temporarily moved to Blue Sulphur Springs. The school moved back to Huntington, WV in 1904 and was located along Pea Ridge Road. While the building was being constructed, it is said that the children were taught the trade of brick-making by Tuskegee tradesmen.

The colored Orphans Home and Industrial School Corporation bought the property in 1904 and sold the property and structures to the State of West Virginia in 1911. Under the State Board of Control, the orphanage could accept relinquished children under the age of sixteen. The facility housed both the students and the faculty who taught reading, writing, arithmetic, spelling, history, geography, and physiology. The Industrial Department of the school taught girls about general housework. Boys were trained in agriculture, construction, and labor trades. In 1914, the West Virginia Colored Orphans’ Home provided services to exactly 69 children who met these stipulations:

"1) the child had to be healthy with no physical or mental limitations; 2) Must be under sixteen years old, a resident of West Virginia, own no personal or real estate, and have no relative that wished to raise the child; 3) The child was placed at the orphans’ home voluntarily because of disabilities or economic difficulties of the parents; 4.) desertion either by both parents or by one parent and the remaining adult was unable to raise and care for the child; 5.) the parents or relatives who were unable to care for the child because of work or other reasons but the parents could pay $5 per month to the orphans’ home for care of the child; 6.) the orphans’ home would accept children from authorized agents of a city, county, court, or the state of West Virginia if the child would not be a detriment to the behavior and lives of other children living at the orphans’ home, as the institution was not meant to handle the reforming of problem children."1

To adopt a child from the West Virginia Colored Orphans’ Home, a family would show interest and provide a request along with references. A field agent from the home would conduct a house visit with the family, and if approved, the child would go into the home on a 90 day foster period. After the trial period, if both the child and the family were satisfied, the child could then be adopted. If a child was of certain age, he or she could be adopted as a domestic, and the family was required to pay the child a salary.

The main building that was established by the Orphans Home and Industrial School Corporation caught fire and was burned beyond repair in 1920. A neighbor of the orphanage sent out warning shots to wake up the superintendent of the home, who successfully cleared the building so that no one was harmed. The fire department arrived at the scene, but firefighters were unable to get close enough to the building due to muddy roads surrounding the home.

After the fire, girls from the home were temporarily housed at the Huntington General Hospital, then Dr. C. C. Barnett’s hospital. The boys were housed at the local fire station. All children were either moved to the Psychopathic Building at the Spencer State Hospital or were placed in private homes until the new home was completed. The West Virginia Colored Orphans’ Home was rebuilt over the course of a year, from 1922 to 1923, and was located near the original location of the home.

The new facility for the West Virginia Colored Orphans’ Home opened in December of 1923 and housed 20 children by the end of the month. A paved path to the home, and a safe water supply system were installed in the 1930s. Education also improved during the 1930s, as classes were in session nine months out of the year, and transportation to Douglass High School was also provided to children residing at the home. In the 1950s, all children at the home had access and transportation to Huntington’s public schools. After integration, the West Virginia Colored Orphans’ Home closed in 1956 and the children were moved to the integrated Children’s Home in Elkins, WV.

The home was then briefly repurposed as a nursing home for African Americans. It was later used for student housing by Marshall University starting in 1961. The Prestera Center, a mental health and addiction services facility, purchased the land that housed the original West Virginia Colored Orphans’ Home. In 2008, both Prestera and the Cabell County Board of Education wanted to buy the property with the intent of demolishing the building and building a new school in its place. The Preservation Alliance of West Virginia placed the home on their endangered properties list in 2011, but the efforts of multiple preservationists failed. The Cabell County Board of Education acquired the property, demolished the historic building, and constructed Huntington East Middle School, which opened in 2014.