A leader in the research and development of nickel alloys, Huntington’s Special Metals facility, commonly referred to as simply the “nickel plant,” has engineered and processed nickel products since it first opened in 1922. The plant began as a facility of the International Nickel Company (INCO), which dominated the American nickel market for much of the early twentieth century. The $3.5 million, 130-acre facility was to be a fully integrated nickel processing mill, with melting, refinery, rolling capabilities, along with laboratories for research and development. The nickel plant soon became a fixture of the Huntington area, through the conflicts and technological changes of the twentieth century. In 1998, INCO was acquired by the Special Metals Corporation, which continues to operate the nickel plant today. While the plant remains in operation, it has recently drawn attention for its role in nuclear development, as it was the site of the Huntington Pilot Plant, which processed radioactive nickel from 1951 to 1978.

View of the plant upon its completion in 1922 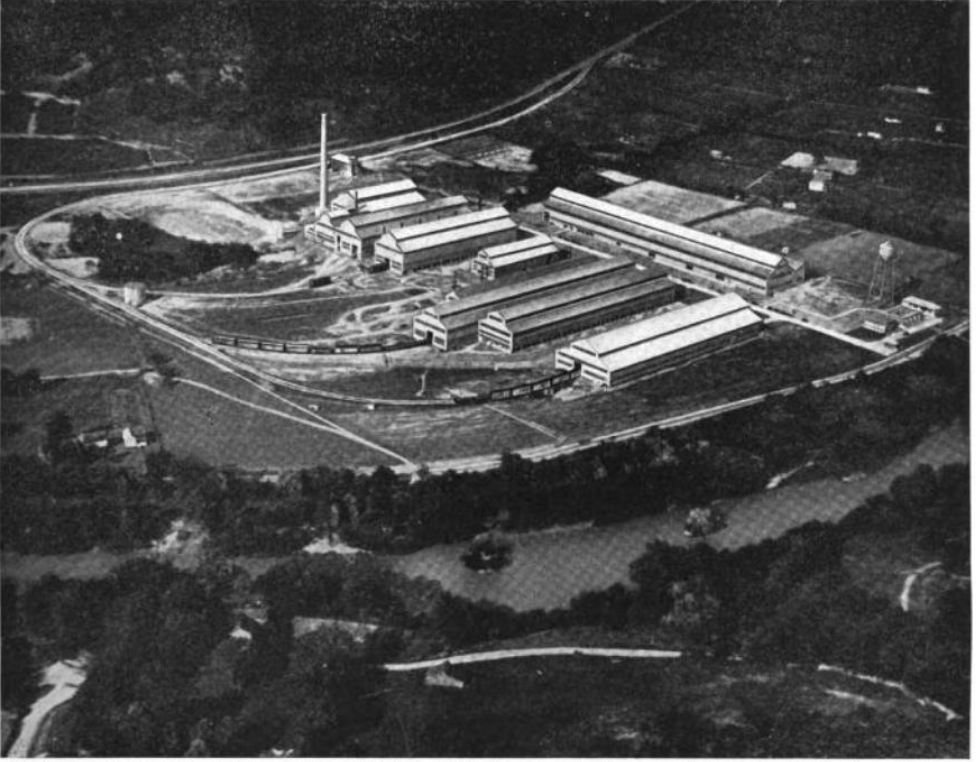 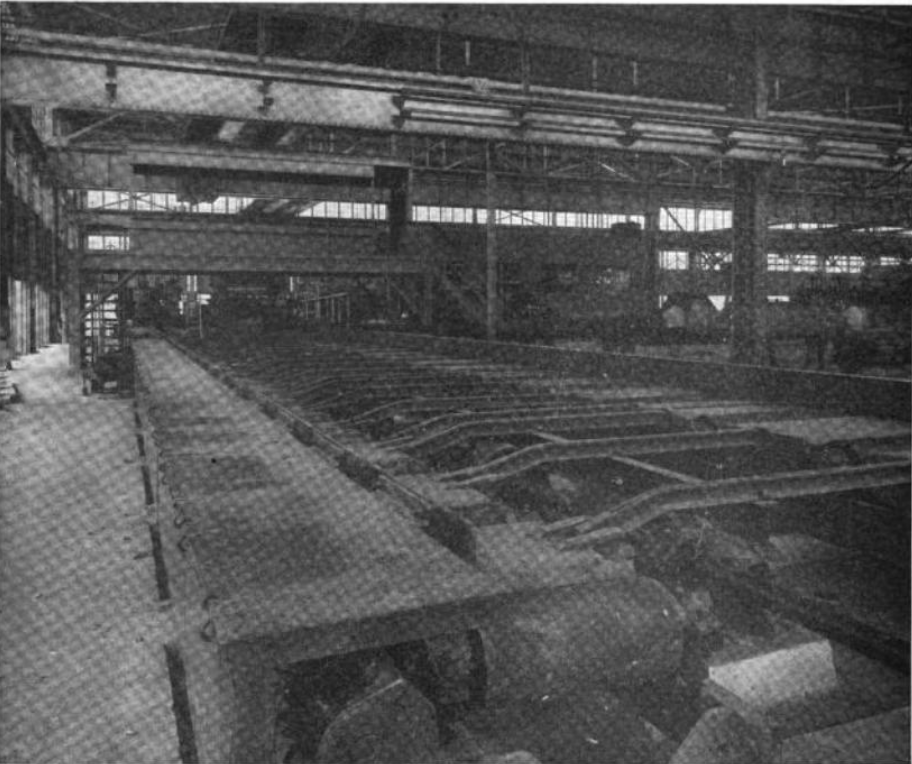 Row of furnaces inside the mill, 1922 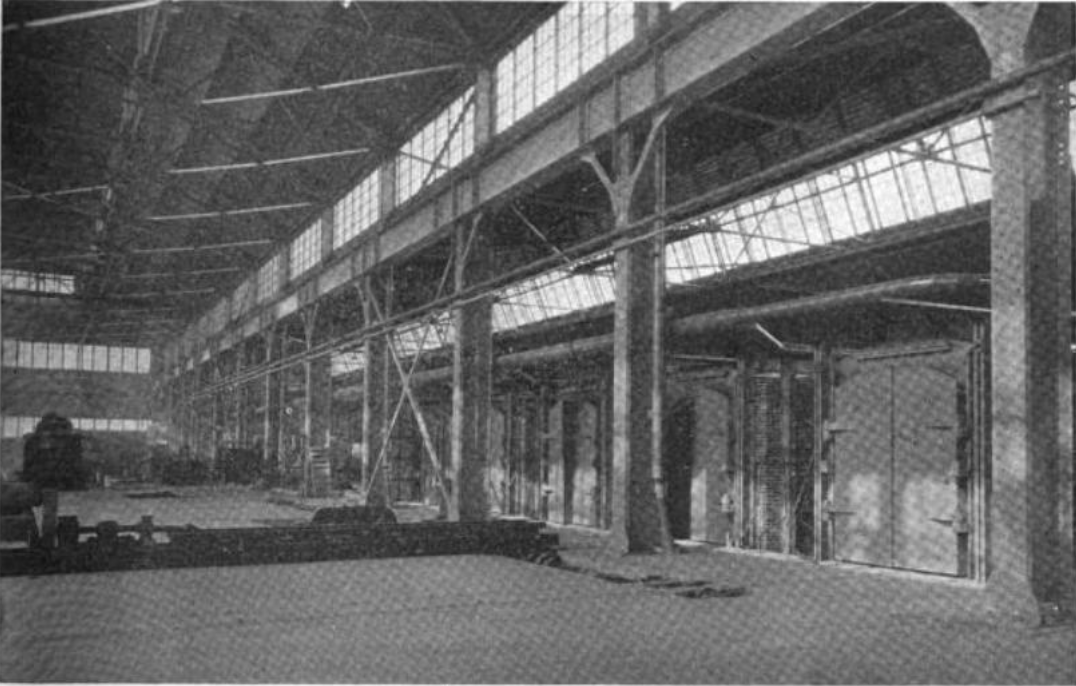 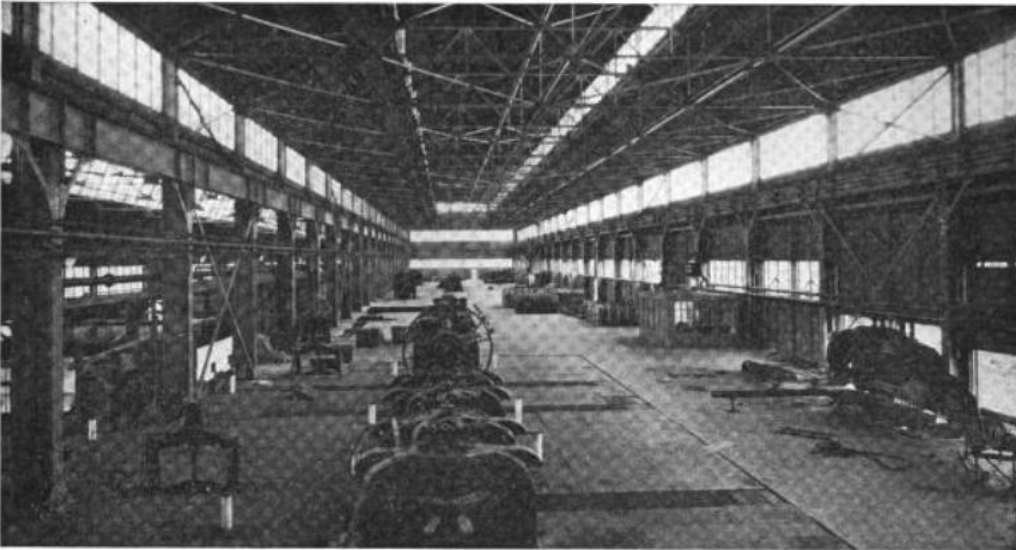 View of the plant's hammer shop and its furnaces, 1922 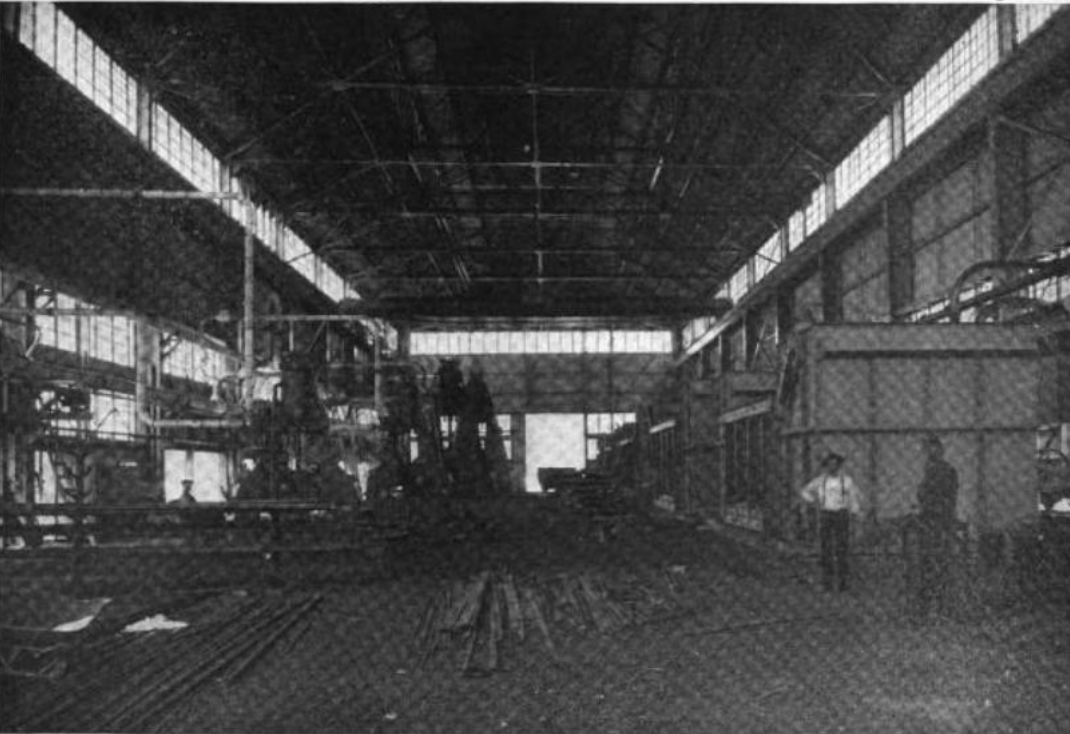 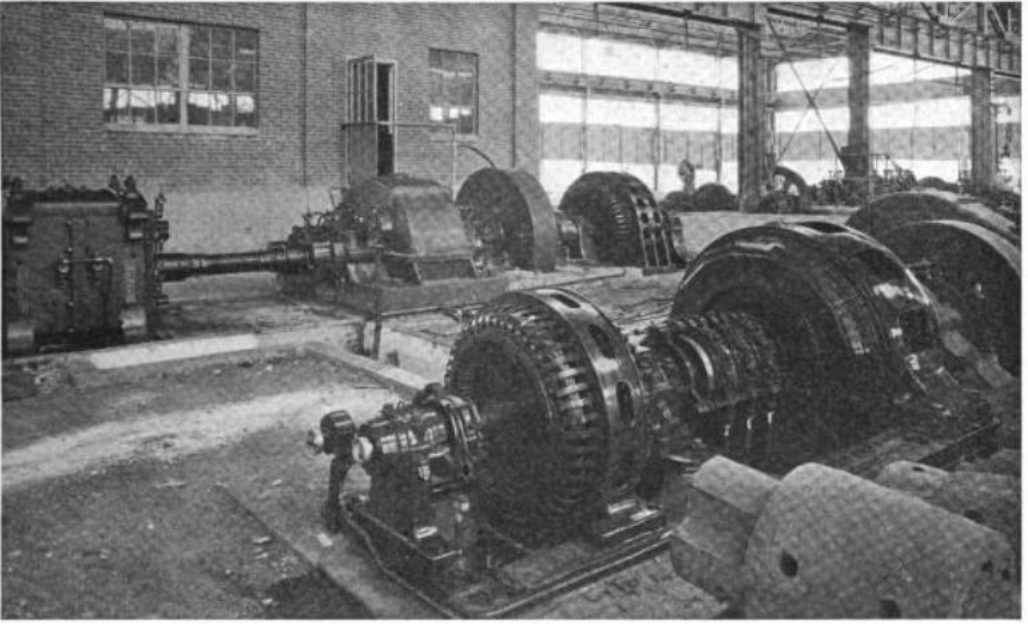 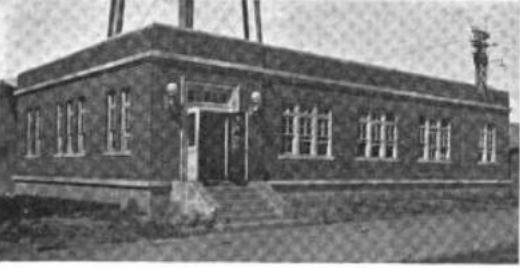 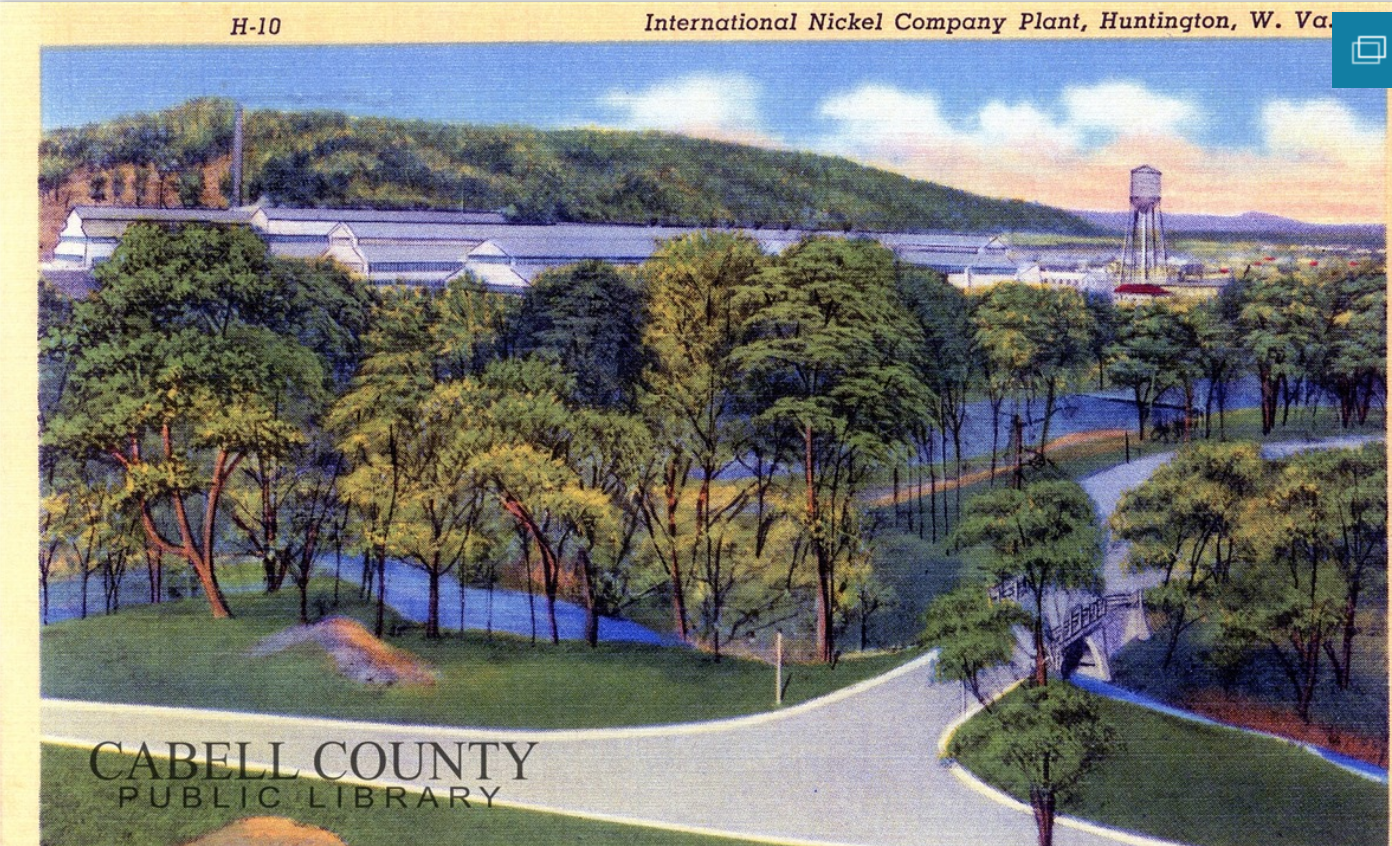 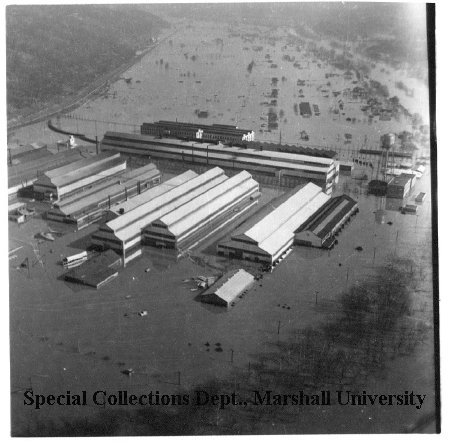 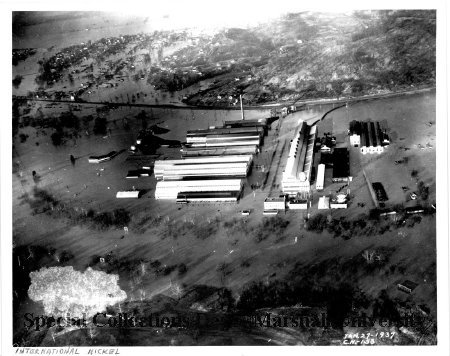 Aerial view of the nickel plant during the 1937 flood 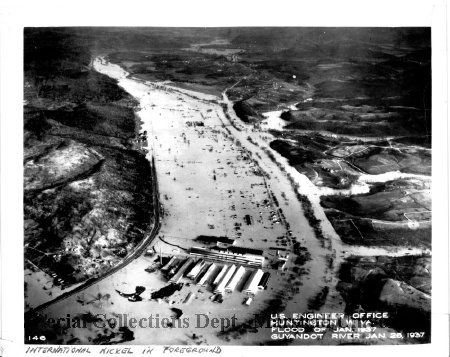 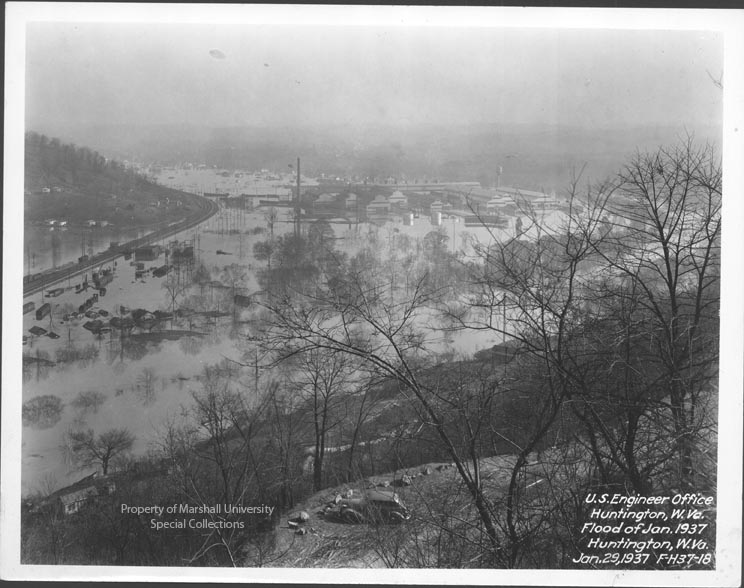 Postcard of the nickel plant, circa 1940 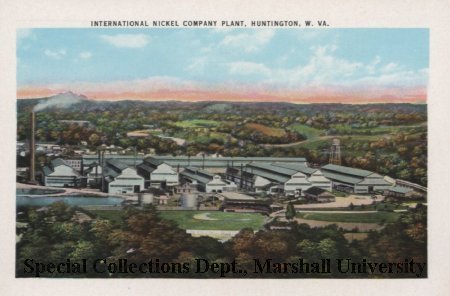 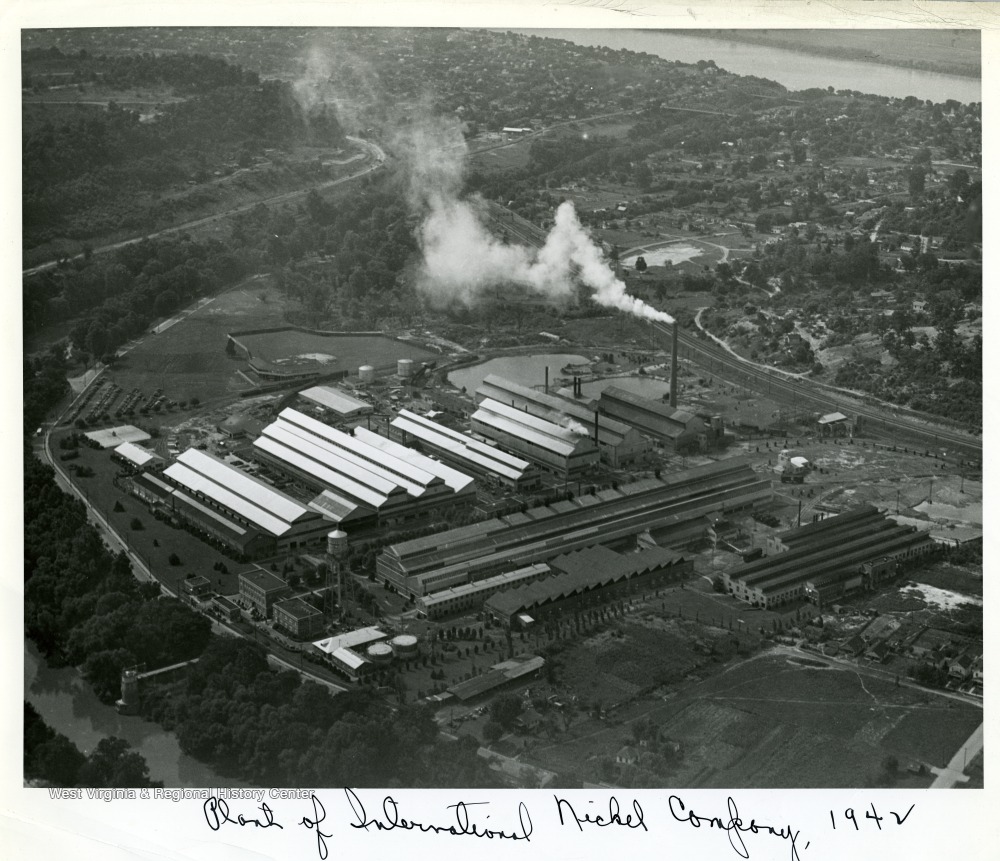 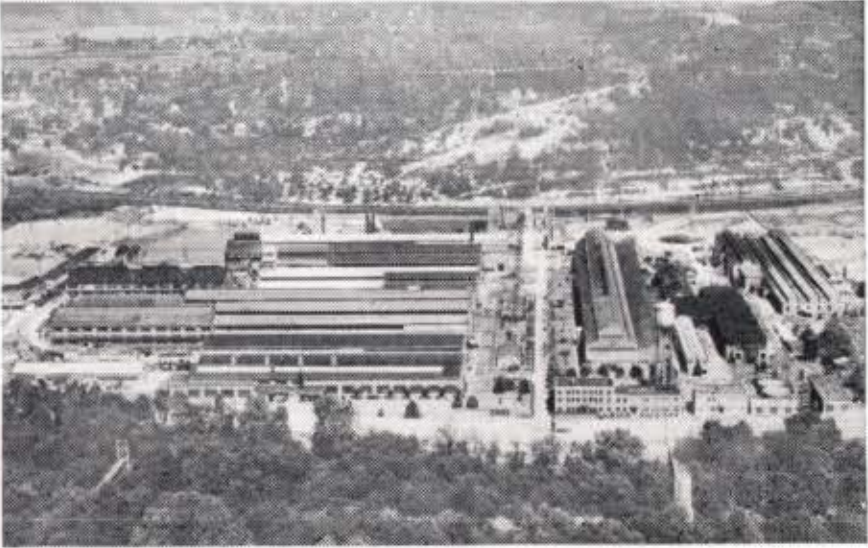 The plant's truck entrance, circa 1962 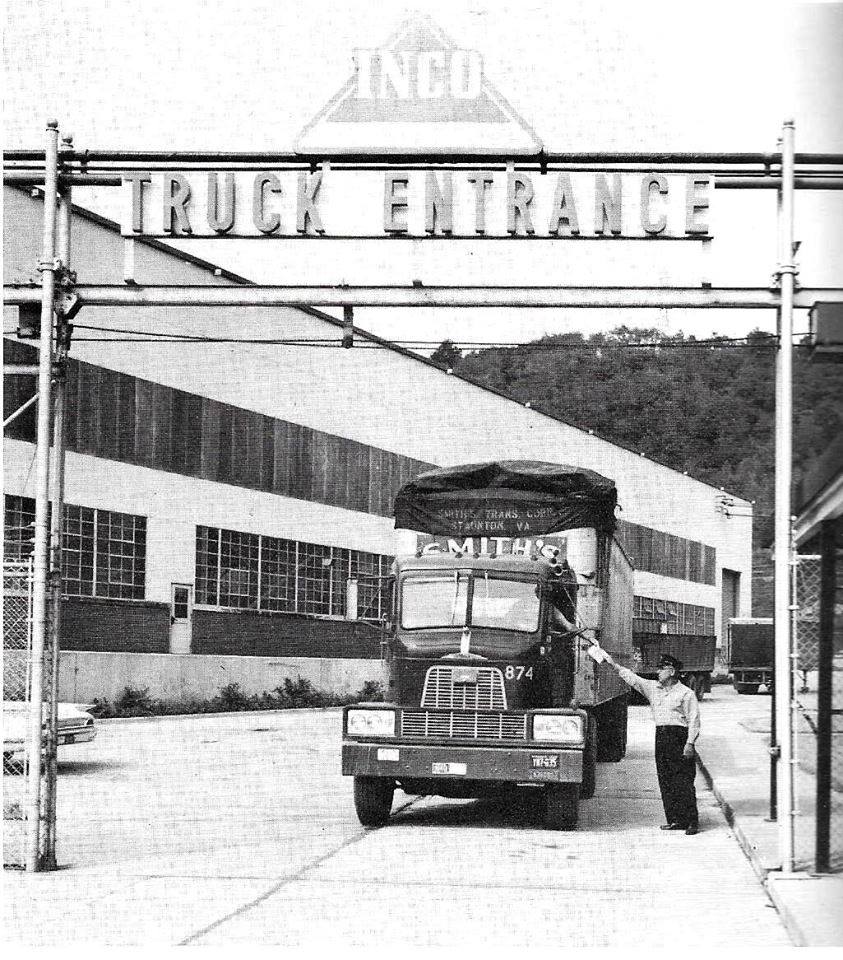 Workers pull a sheet of metal out of an annealing furnace, 1966 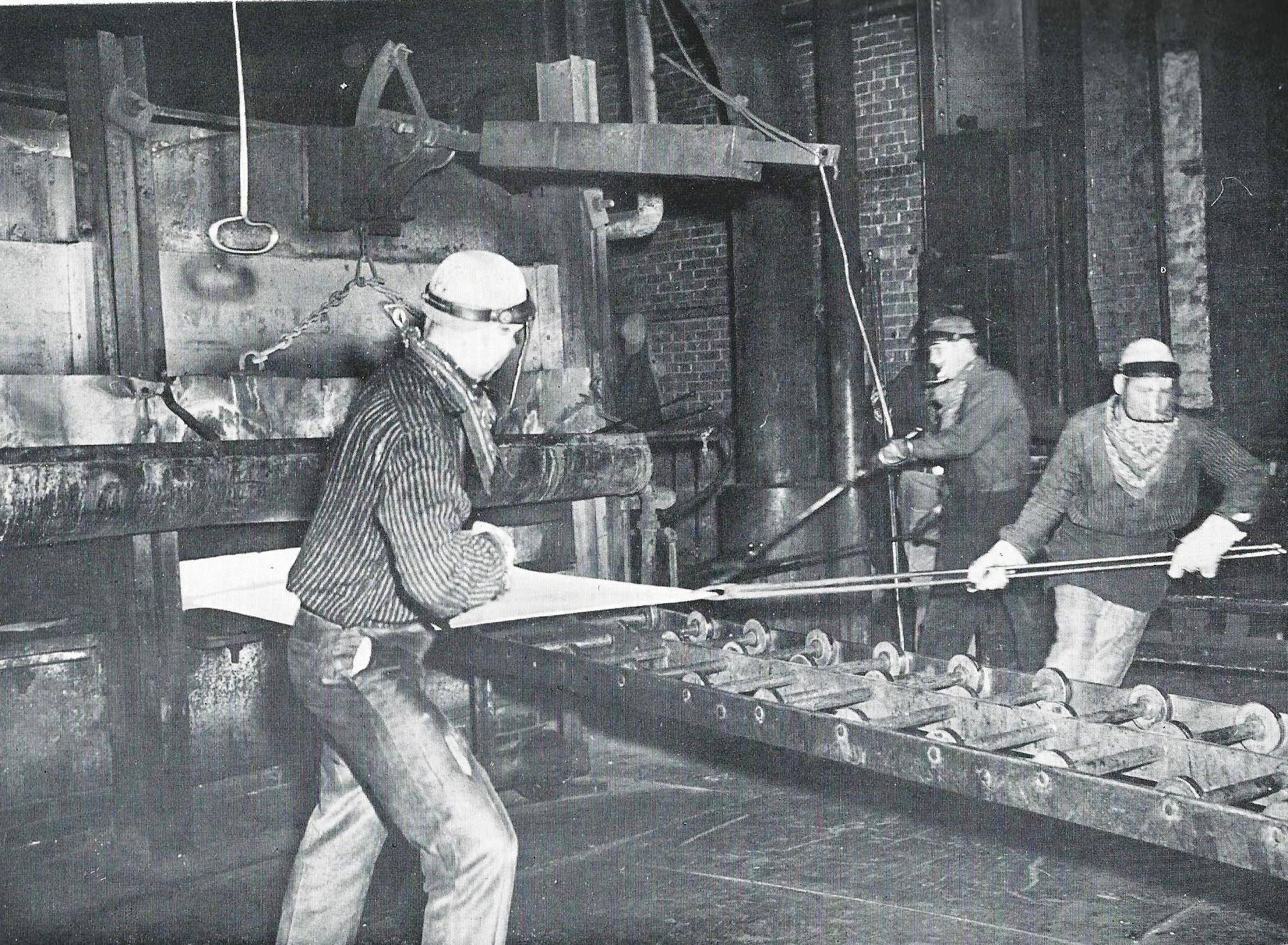 Aerial view of the nickel plant 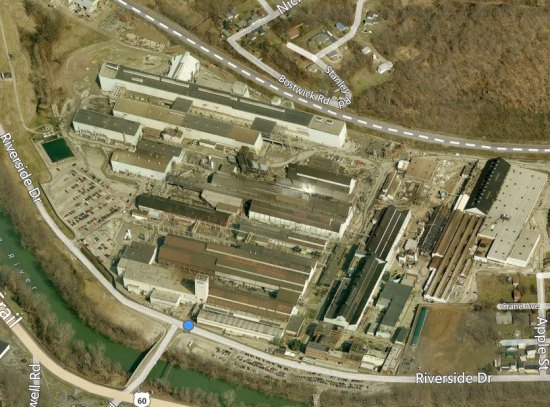 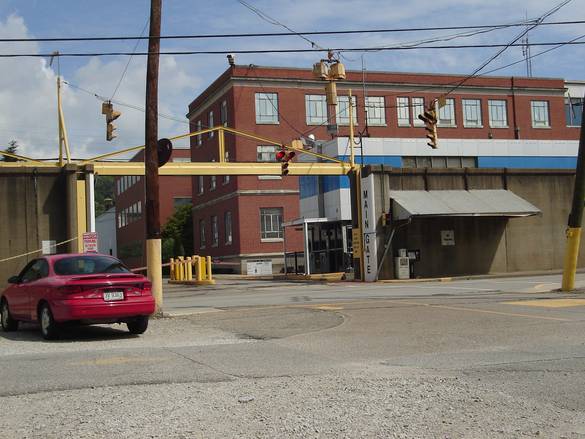 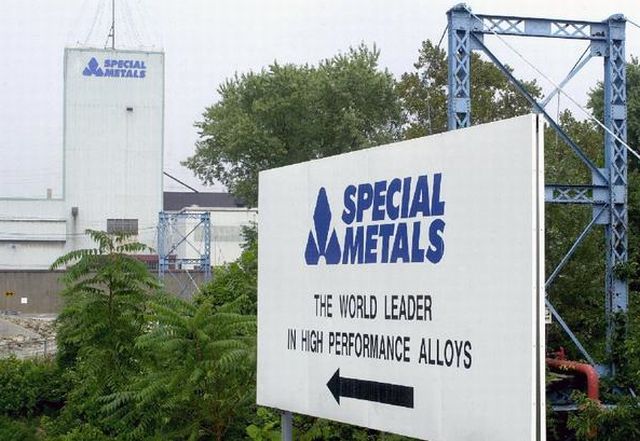 Nickel was first identified and isolated as an element by Swedish chemist Axel Cronstedt in 1751. During the nineteenth century, nickel was commonly used in plating and in alloys such as “nickel silver,” in which it is alloyed with copper and zinc. The origins of today’s Special Metals can be traced back to 1870, when Henry Wiggin & Company began manufacturing specialty metal products in Hereford, England. The company grew to consist of metal-forming operations in Birmingham and Hereford in England and Glasgow, Scotland, before it was acquired by the British Mond Nickel Company in 1922, which itself was acquired by International Nickel Company in 1928. International Nickel, also known as INCO, was established in 1902 after Charles Schwab of U.S. Steel and other steelmen used the financial backing of J.P. Morgan to seize control of and merge the Orford Copper Company and Canadian Copper. The two companies had dominated the American nickel market and supplied much of the metal needed by the emerging steel industry. Once INCO was founded, it was able to assume control of the nickel business without competition for nearly forty years.

Looking to expand its nickel processing facilities, INCO purchased the 76-acre Everett farm located along a bend in the Guyandotte River in the fall of 1920. The site near Huntington was selected for its numerous advantages, such as the area’s pool of ready workers, inexpensive natural resources like coal and natural gas, and its access to river and rail networks. Built at a cost of $3.5 million, INCO’s new plant opened in 1922, and was advertised as “the most modern and largest rolling mills devoted solely to production of Monel metal and malleable nickel.” The facility served as a refinery and rolling mill for the nickel and nickel-based alloys melted at the Orford Works in Bayonne, New Jersey. Melting operations were later added to the Huntington plant, making it a fully integrated nickel processing mill. Research and development also became a key part of the facility’s activities: many of the Nickel, MONEL, INCONEL, INCOLOY, INCO-WELD, INCOCLAD and NILO families of nickel alloys were originally developed by researchers in Huntington.

INCO’s Huntington plant soon grew into one of the area’s largest employers. Although the Great Depression began only a few years after the facility was opened, the growing number of industrial uses for nickel allowed INCO to suffer only a brief decline in business. During the disastrous flood of 1937, in which the Ohio River reached a depth of nearly seventy feet at Huntington, the nickel plant was forced to close down for six weeks. Following the outbreak of World War Two a few years later, the facility mobilized to support the war effort, including the top-secret production of materials vital to the Manhattan Project, the effort that developed the atomic bomb. As part of the project, INCO workers melted down nickel and separated uranium from the liquidized metal. They then transferred the extracted uranium to enrichment plants that would separate the uranium-235 needed for atomic bombs from the unusable uranium-238. At this time, while most civil works projects had been paused, construction of the Guyandotte floodwall continued because it was deemed essential to protect the nickel plant.

In the booming postwar economy, new uses for nickel proliferated, with applications in stainless steel, home appliances, automobiles, jet engines, and atomic power plants. With the outbreak of the Korean War, however, INCO faced a growing nickel shortage as the U.S. government added nickel to its list of stockpiled metals critical to national defense. This nickel shortage caused nickel prices to rise and prompted new competitors to enter the nickel market. Despite these setbacks, INCO’s researchers continued to develop new uses for nickel, including in the emerging electronics and aerospace sectors. The nickel market was boosted again by the Vietnam War, in which much of the military’s sophisticated weaponry required nickel-hardened steel. During the early 1970s, however, Inco’s stock fell dramatically following workers’ strikes and the recession of 1971. Through the 1970s and into the next twenty years, INCO’s debt became less and less manageable as interest rates peaked and environmental issues became a more expensive concern.

In late 1998, the Special Metals Corporation group of companies was created when Special Metals Corporation of New Hartford, New York acquired INCO, including its Huntington Alloys and Wiggin Alloys locations. In May 2006, Special Metals became a wholly-owned subsidiary of Precision Castparts Corporation, a manufacturer of complex metal components and products. Through these changes, the Huntington nickel plant remained in operation as always. Today, the 130-acre site contains fully integrated production facilities, research and development laboratories, and administrative offices. The plant has seen a series of employee layoffs in recent years, based on declining operational needs. As of 2020, it employs about 850 workers.

In recent years, the nickel plant has drawn attention for its role in the United States’ nuclear program. In 1951, the Atomic Energy Commission authorized the construction of the Huntington Pilot Plant/Reduction Pilot Plant on the Huntington Alloys campus. The facility processed materials, notably nickel powder, that it sent to the Paducah and Portsmouth gaseous diffusion plants, and also recycled and reprocessed barrier materials that had been exposed to radiation at the diffusion plants. The plant was shut down in the early 1960s, but it sat in “cold standby” until 1978 when it was demolished. The plant’s existence was classified for many years, but information about its operation and demolition has been released through a Freedom of Information Act request. Although the level of enriched uranium present at the site continues to be disputed, its former employees are eligible to receive compensation for cancer or other diseases they developed due to exposure to radiation at the Pilot Plant.

Please contact the plant for any questions. The plant is not open to the general public. However, the plant can be viewed from Rt. 60 and some surrounding streets.