Frank Lucente and Rocco Muriale opened Sam’s Hot Dog Stand in Huntington, West Virginia in 1983. While growing up in Fairmont, West Virginia, Lucente had become fond of the spicy chili dogs sold at a local hot dog stand. After it closed, Lucente asked the former owner for the hot dog sauce recipe but was denied. Fortunately, an elderly woman in town gave Lucente the original recipe, which he and Muriale spent six months perfecting before they opened their stand. Sam’s Hot Dog Stand was a quick success, and the partners went on to open four other locations before they parted ways in 1989. Lucente, who relocated to Virginia, then began franchising his stores. Today there are over forty Sam’s Hot Dog Stands throughout West Virginia, Kentucky, Virginia, North Carolina, and Georgia. 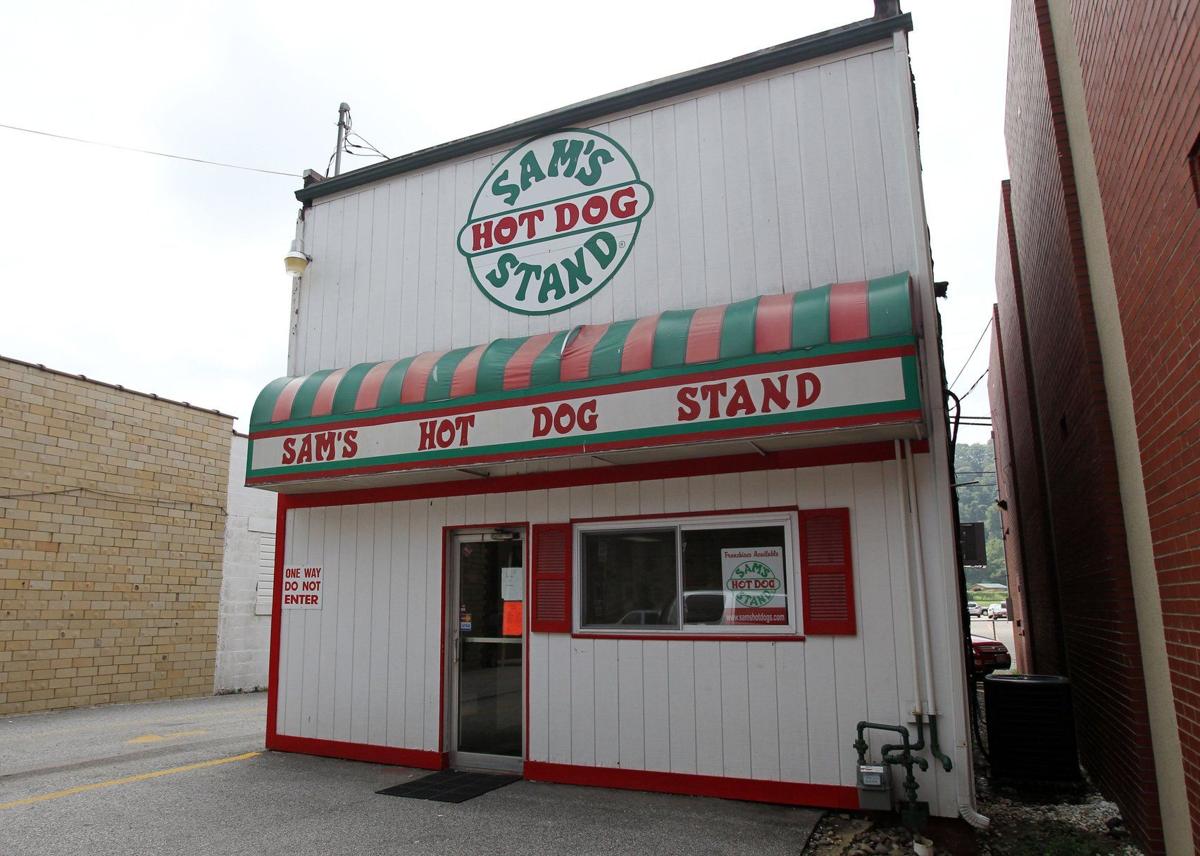 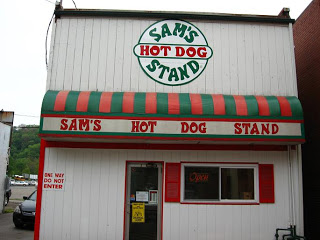 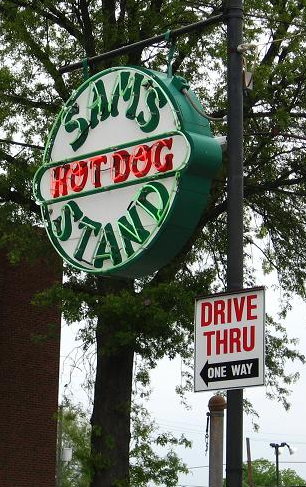 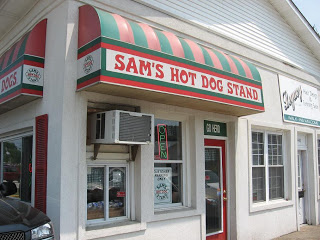 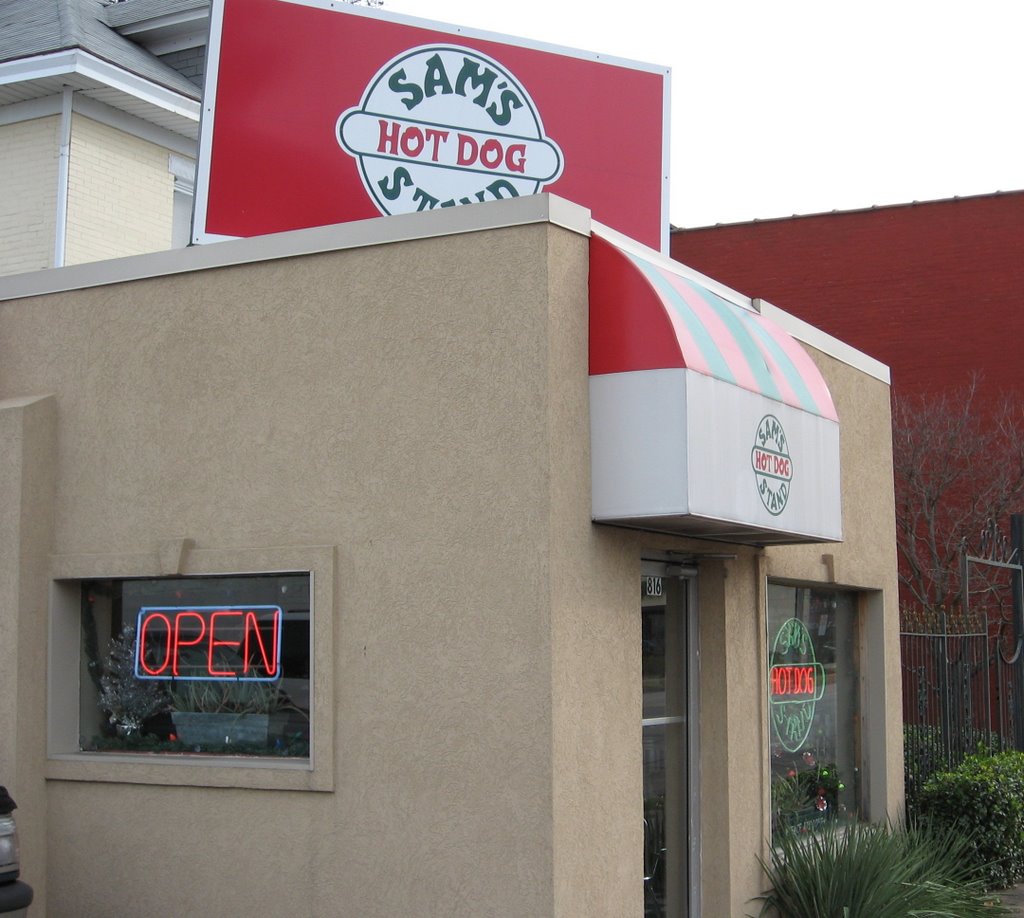 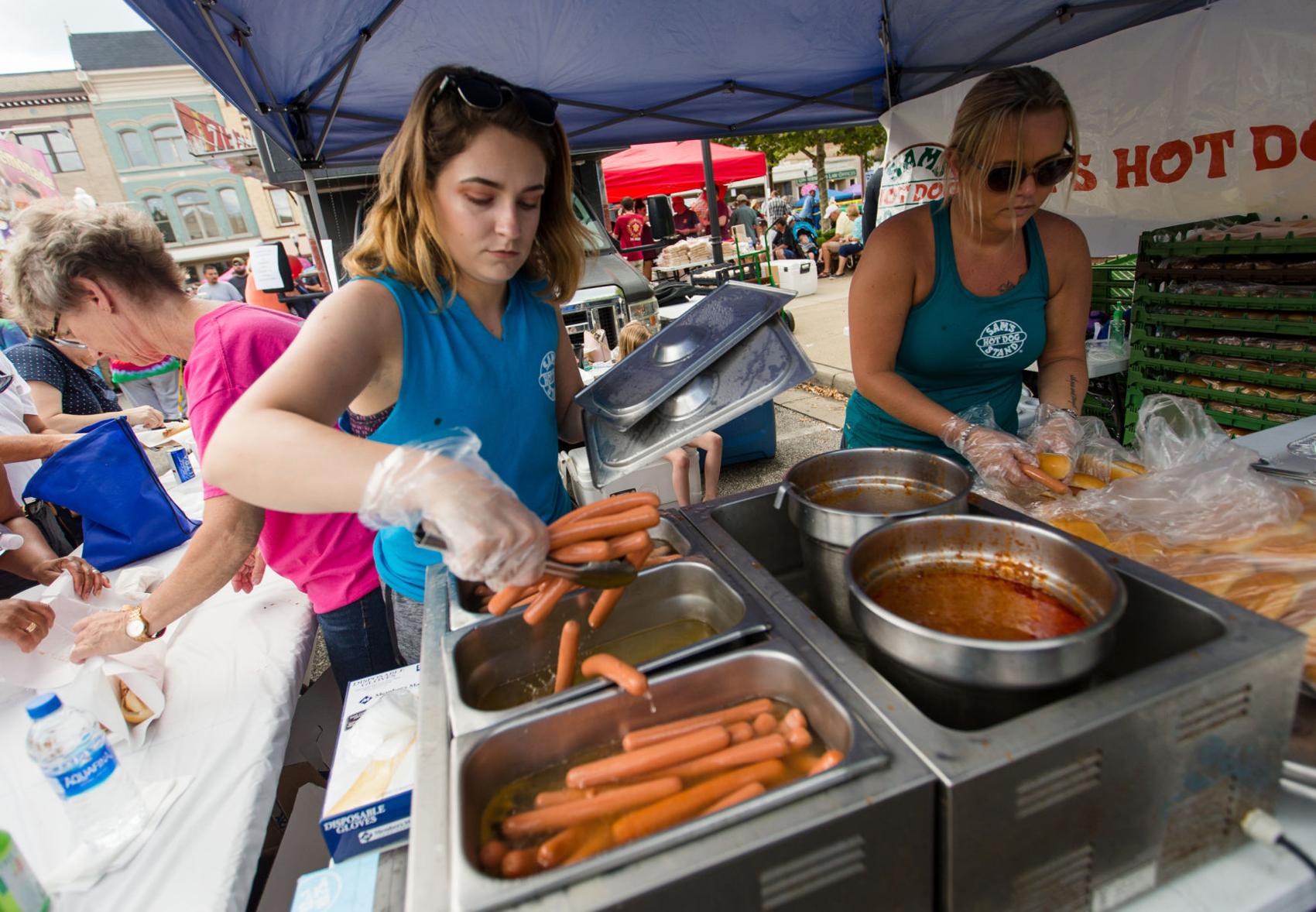 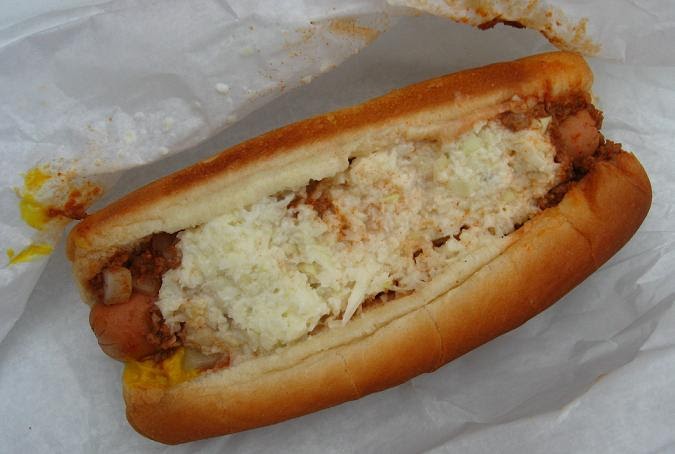 Frank Lucente grew up in Fairmont, West Virginia, where he enjoyed the spicy chili dogs sold at a local hot dog stand called Chick’s Confectionery. Even as he grew older and moved away, Lucente always stopped by for a hot dog when he visited home. When he returned from graduate school at Marshall University, he often bought a dozen hot dogs that he would freeze and take back to Huntington with him. In 1983, Lucente decided he wanted to open his own hot dog chain in Huntington. At the time, he was already in business partners with Rocco Muriale of Rocco’s Ristorante in Ceredo. Lucente, who wanted to find the perfect sauce for his hot dogs, asked the former owner of Chick’s Confectionary for his chili recipe, but the man refused and told him he would take the secret to his grave. Lucente then discovered that the originator of the chili sauce was Mary Beafore, an elderly woman who used to make the recipe for local church events. The woman gladly provided the original recipe, although she warned Lucente that Chick’s Confectionery had altered it over the years.

The recipe in hand, Lucente and Muriale set out to develop an even better chili sauce for their own hot dog stand. Muriale, who was the chef at Rocco's Ristorante, tested a new batch of sauce each night for six months until he and Lucente were satisfied with their formula. The partners finally shared their sauce with the public when they opened the first Sam’s Hot Dog Stand in 1983. The restaurant was named after Lucente and Muriale’s fathers, both of whom were named Sam. Within a few years, the owners opened additional locations in the area: three in Huntington, one in Ashland, and one in Charleston. After Muriale got married in 1989, Lucente took sole ownership of Sam’s Hot Dog Stand while Muriale kept Rocco’s Ristorante.

By the time that Sam’s Hot Dog Stand opened, Huntington already had a number of popular hot dog businesses, such as Stewart's, Frostop and Midway. Despite the competition, Sam’s made a name for itself with its special sauce and simple menu. Sam’s all-beef hot dogs are placed on steamed buns and topped with yellow mustard, freshly-cut onions, coleslaw made from scratch, and meaty chili sauce. While the restaurant also offers barbecue sandwiches, hot dogs make up nearly ninety percent of their sales. Sam’s Hot Dog Stand is part of a West Virginian tradition of hot dogs piled high with chili, slaw, mustard, and onions. The West Virginia hot dog dates back to the Great Depression, when cabbage for coleslaw was readily available and easily preserved, and wieners were an inexpensive meat. Over the years, and encouraged by the rise of drive-in restaurants after the 1930s, hot dogs topped with chili and slaw soon became widespread across the state at places like Sam’s.

While the menu at Sam’s Hot Dog Stand has not changed much since it first opened in 1983, the business has grown significantly. Shortly after Lucente and Muriale parted ways, Lucente began franchising his stores. He sold the five restaurants that the partners had owned, and Muriale purchased a franchise on Eighth Street. Lucente moved to Waynesboro, Virginia in 1991. Today, Sam's Hot Dogs consists of over forty franchises in Kentucky, Virginia, West Virginia, North Carolina, and Georgia. Eighteen of these locations are in the Tristate Area, including two in Huntington. In addition to the menu staples of hot dogs and barbecue sandwiches, many franchises have introduced specialty features like hand-spun milkshakes and seasoned fries. Sam’s Hot Dog Stand is also a regular vendor at the annual West Virginia Hot Dog Festival in Huntington.