Established in 1872 by William Barnum, Ely Ensign, and Collis P. Huntington, Ensign Manufacturing Company was one of Huntington’s earliest industries. The factory initially produced iron parts such as railroad car wheels, before it began to manufacture wooden freight cars in the early 1880s. By 1895, the company was manufacturing more than four thousand cars per year and selling much of its inventory to the Chesapeake and Ohio, Southern Pacific and Central Pacific railroads. Ely Ensign became a prominent local figure in early Huntington, serving as a longtime City Council member and mayor in 1896. In 1899, Ensign Manufacturing Company became one of thirteen car builders consolidated into the American Car & Foundry Company (ACF). After the merger, freight car production continued at the former Ensign plant, which produced its first all-steel cars in 1905 and began manufacturing Center-Flow hopper cars from the 1960s on. By the early 2000s, however, business had slowed and most of the plant’s workers had been let go. The factory sat mostly idle for several years, as plans were developed to remake that area into the Huntington Brownfields Innovation Zone. The Huntington Municipal Development Authority agreed to purchase the ACF Industries complex in June 2019. 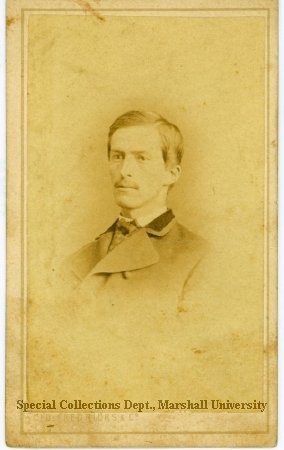 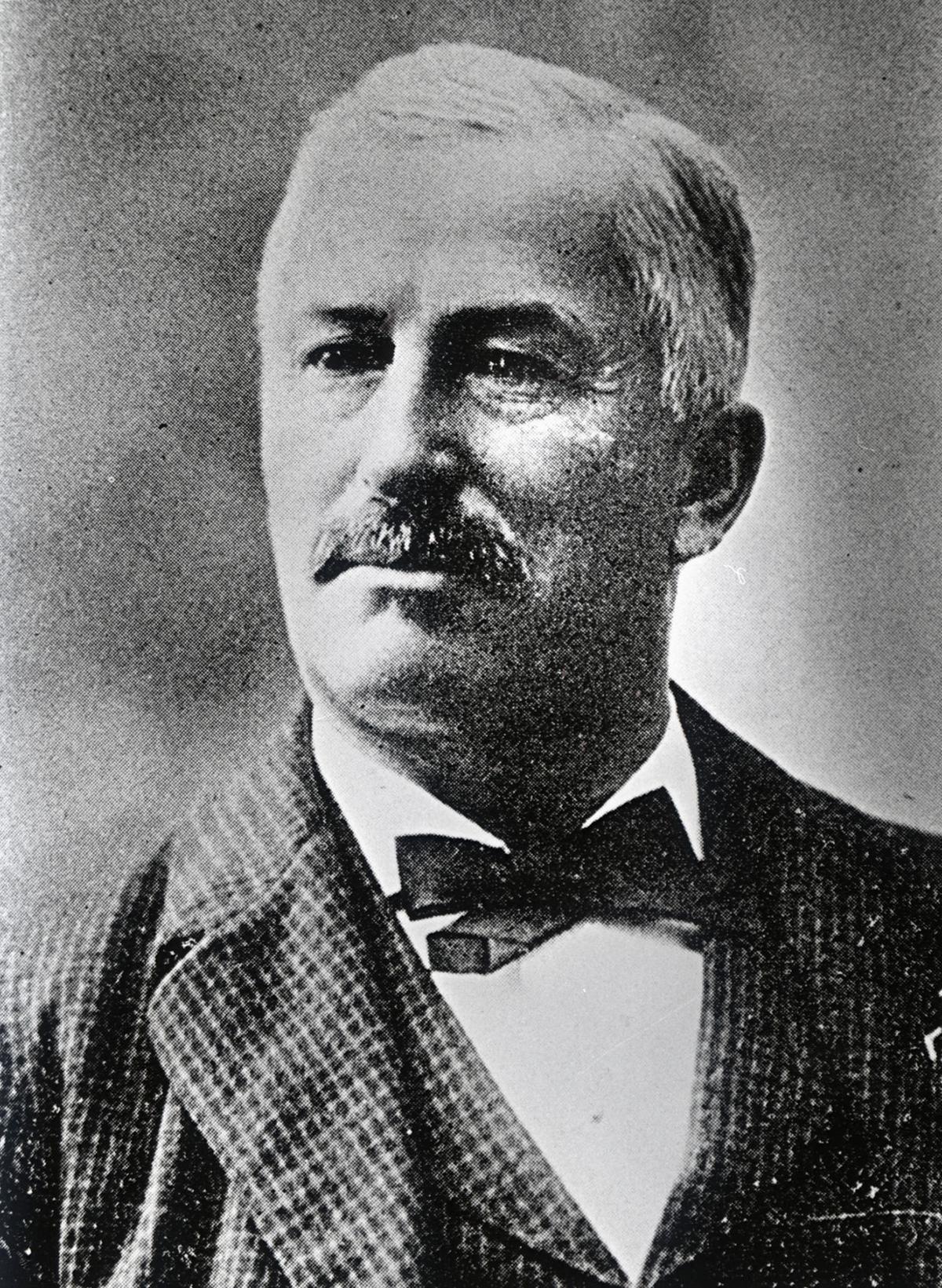 Ad from the 1879 Car Builders Dictionary 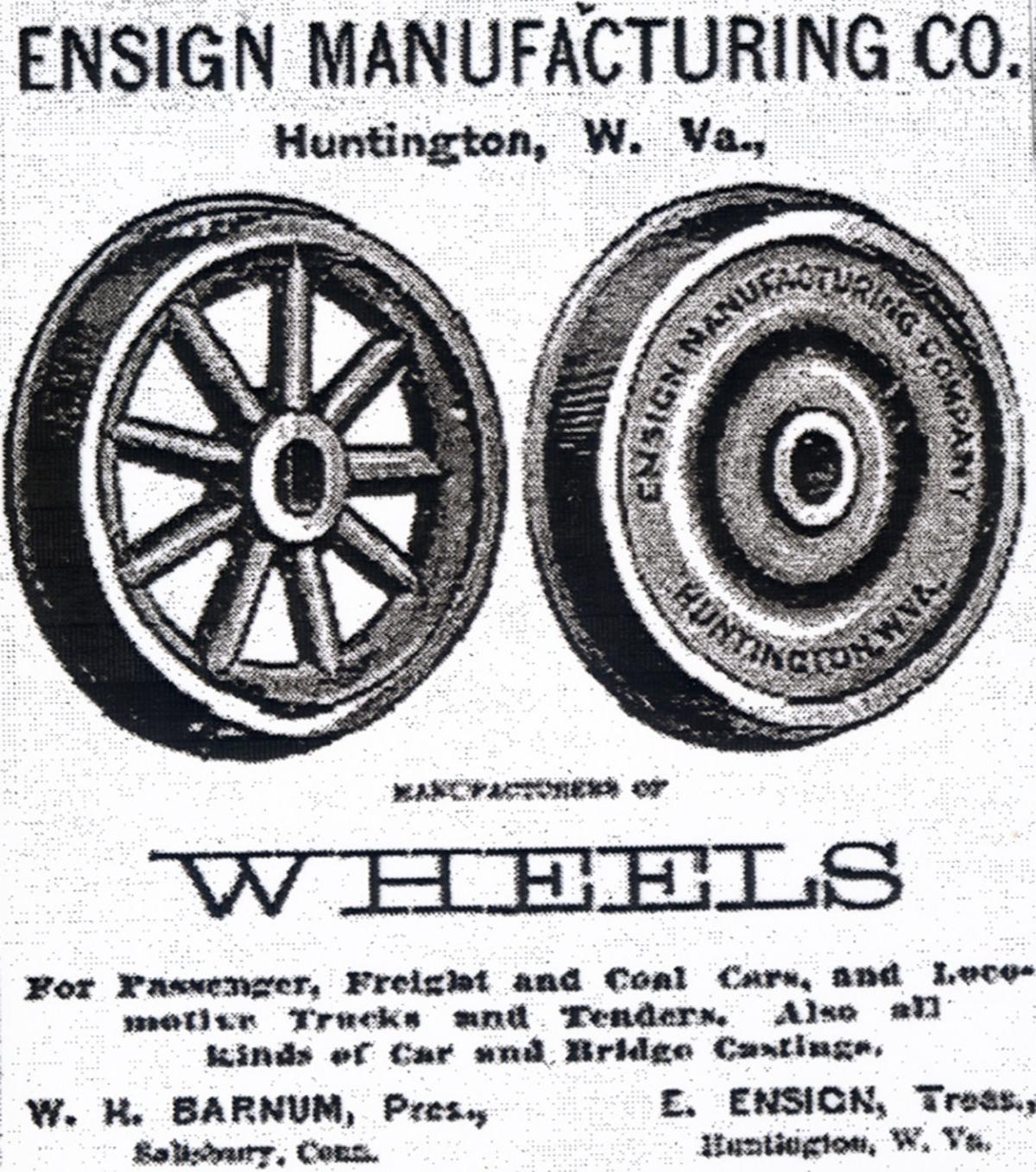 Ad for Ensign Manufacturing from 1882 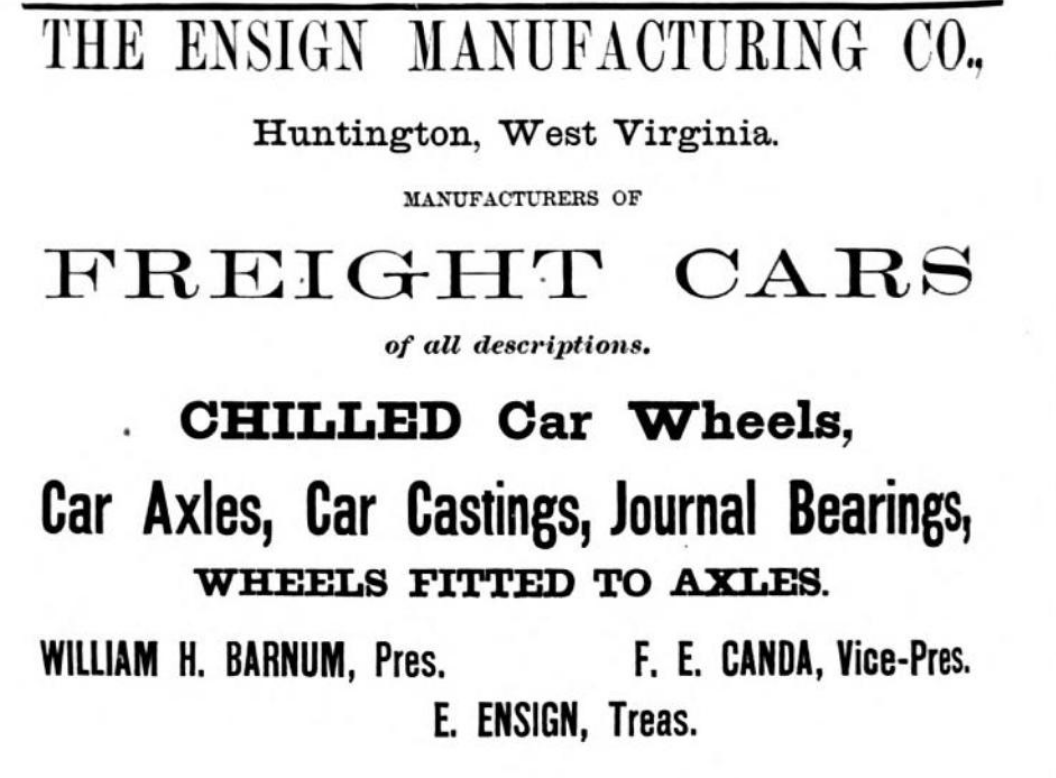 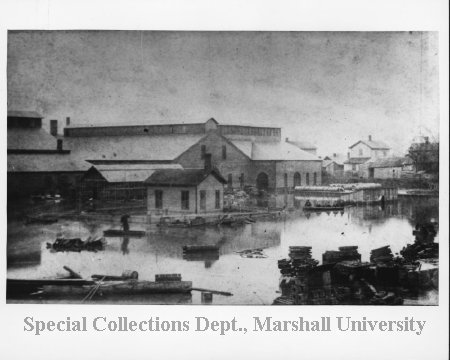 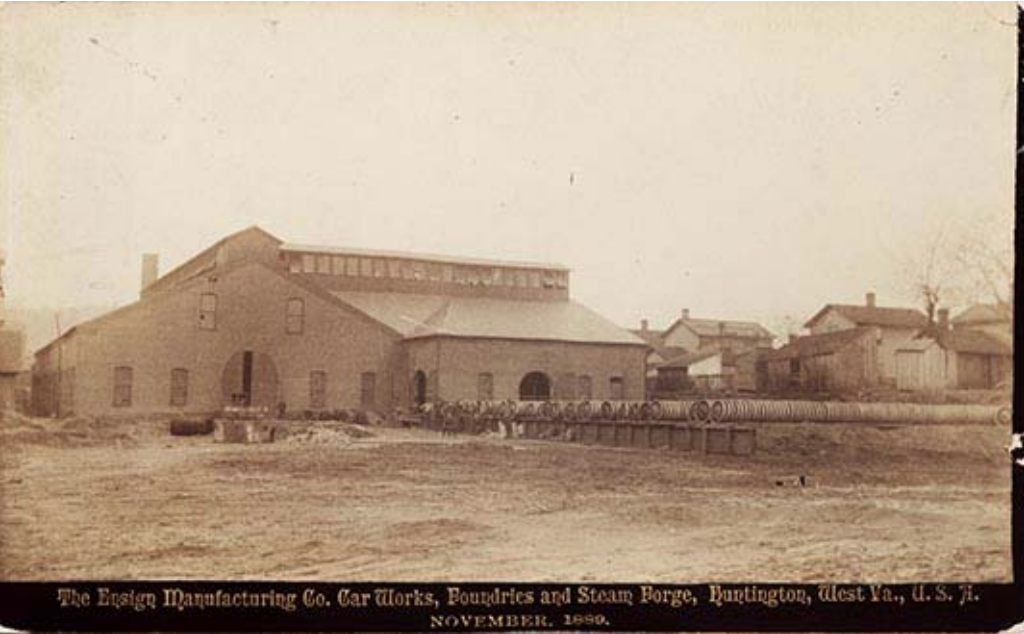 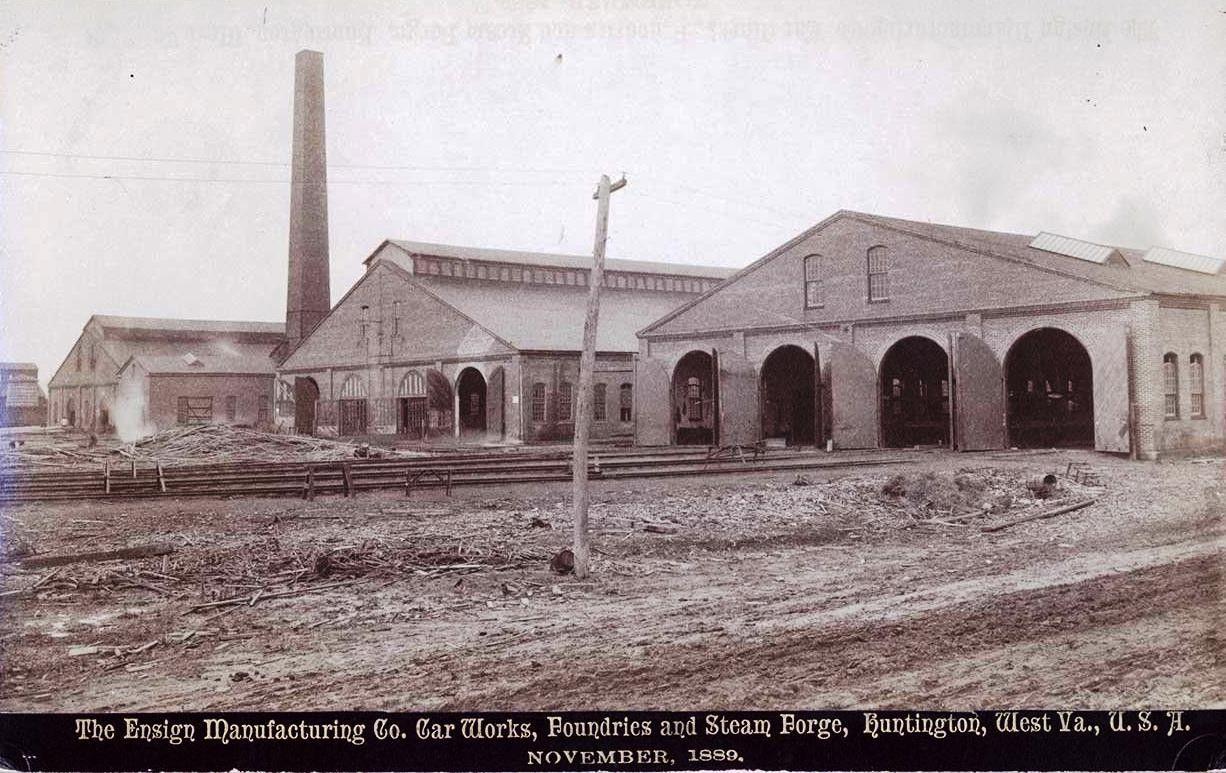 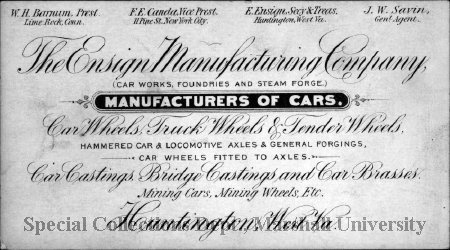 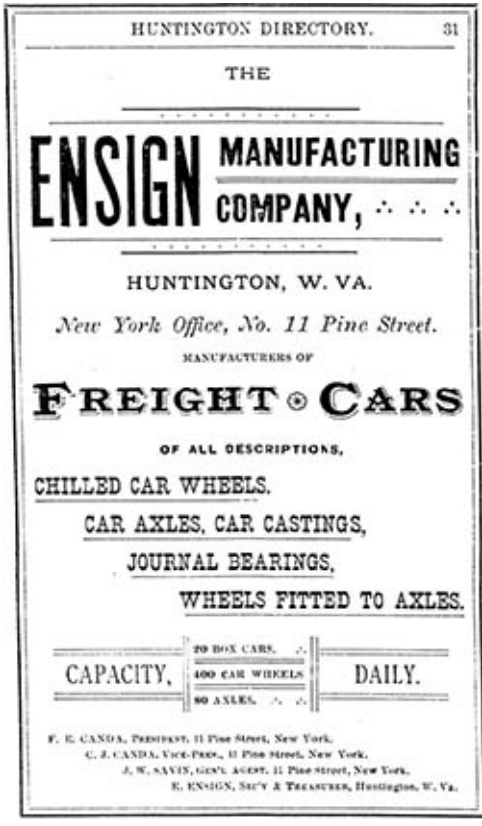 A railcar built by Ensign Manufacturing, circa 1892 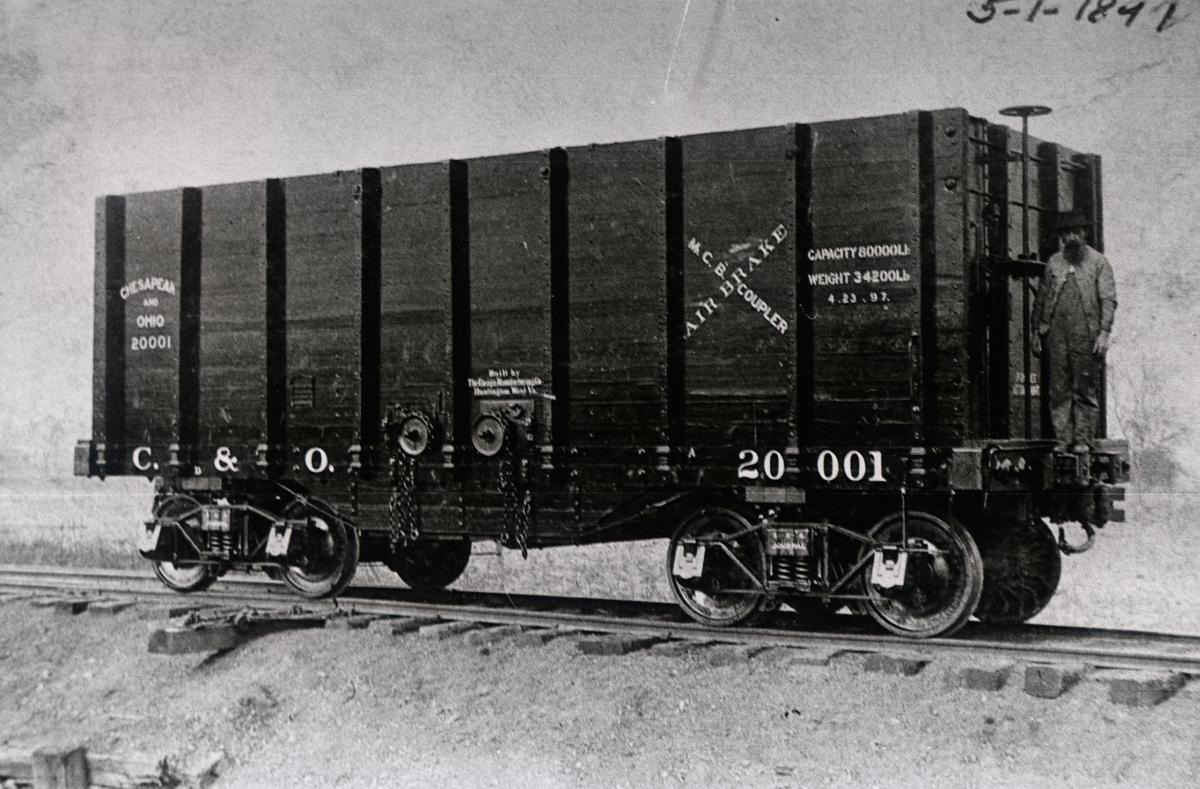 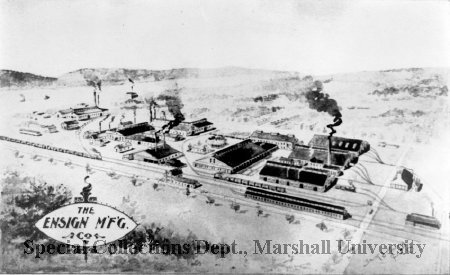 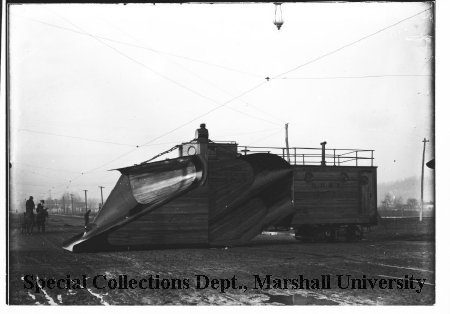 Workers at Ensign Manufacturing, circa 1899 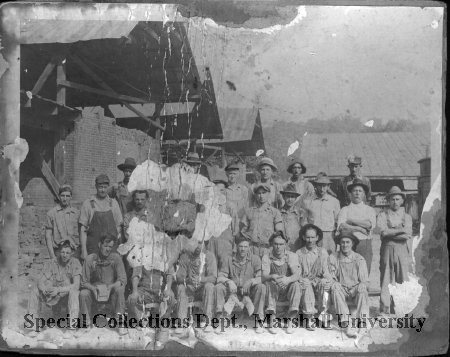 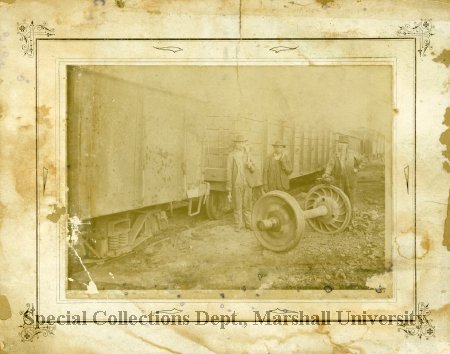 Postcard of the factory 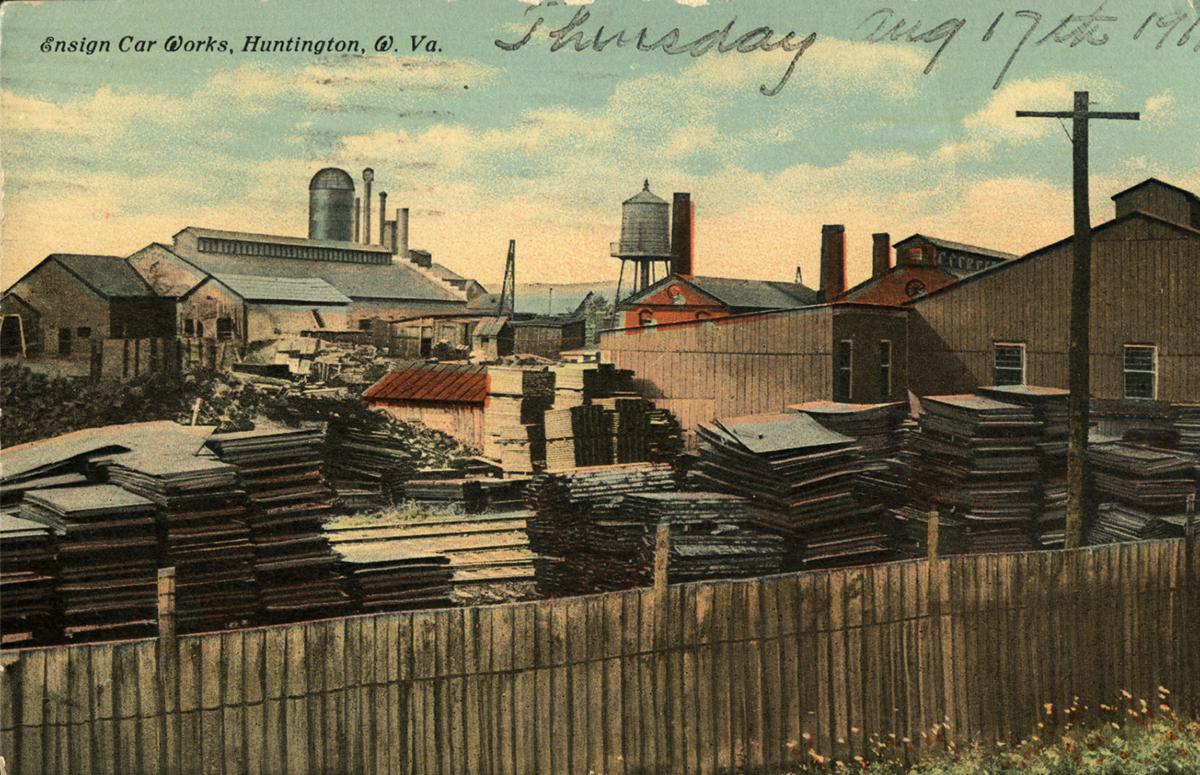 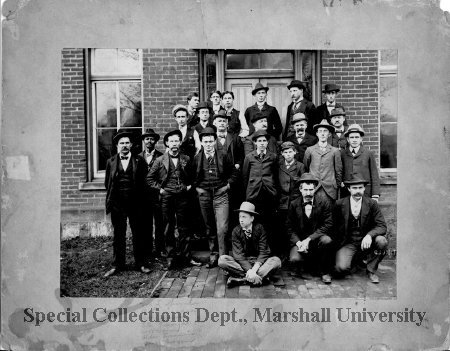 The ACF plant during the 1937 flood 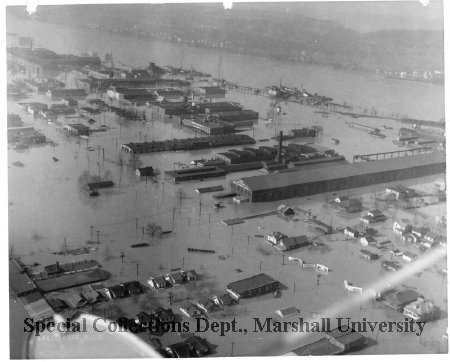 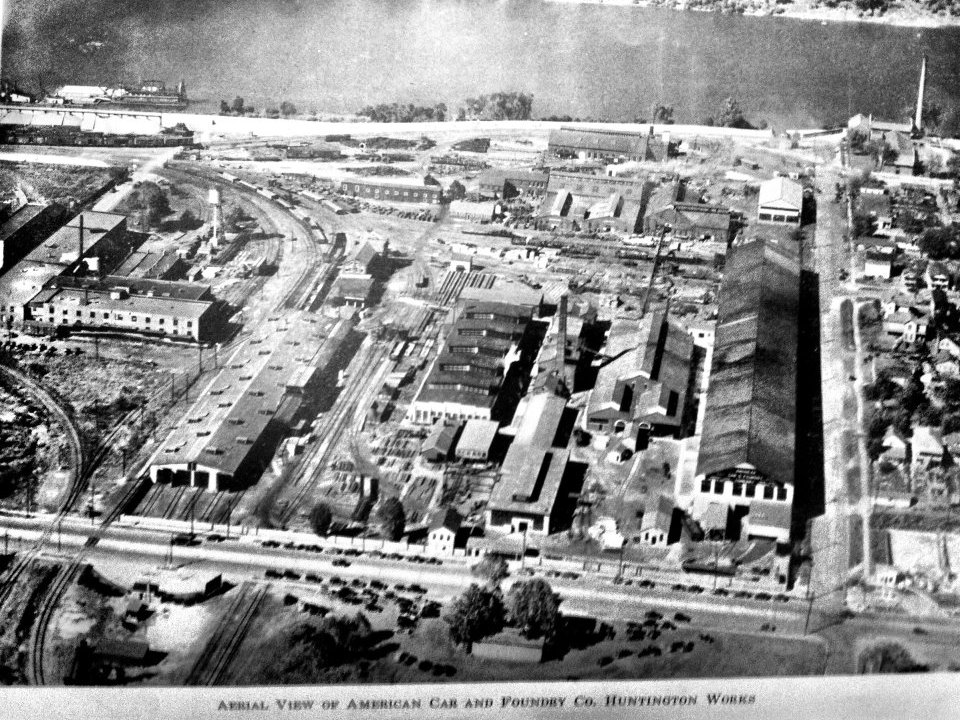 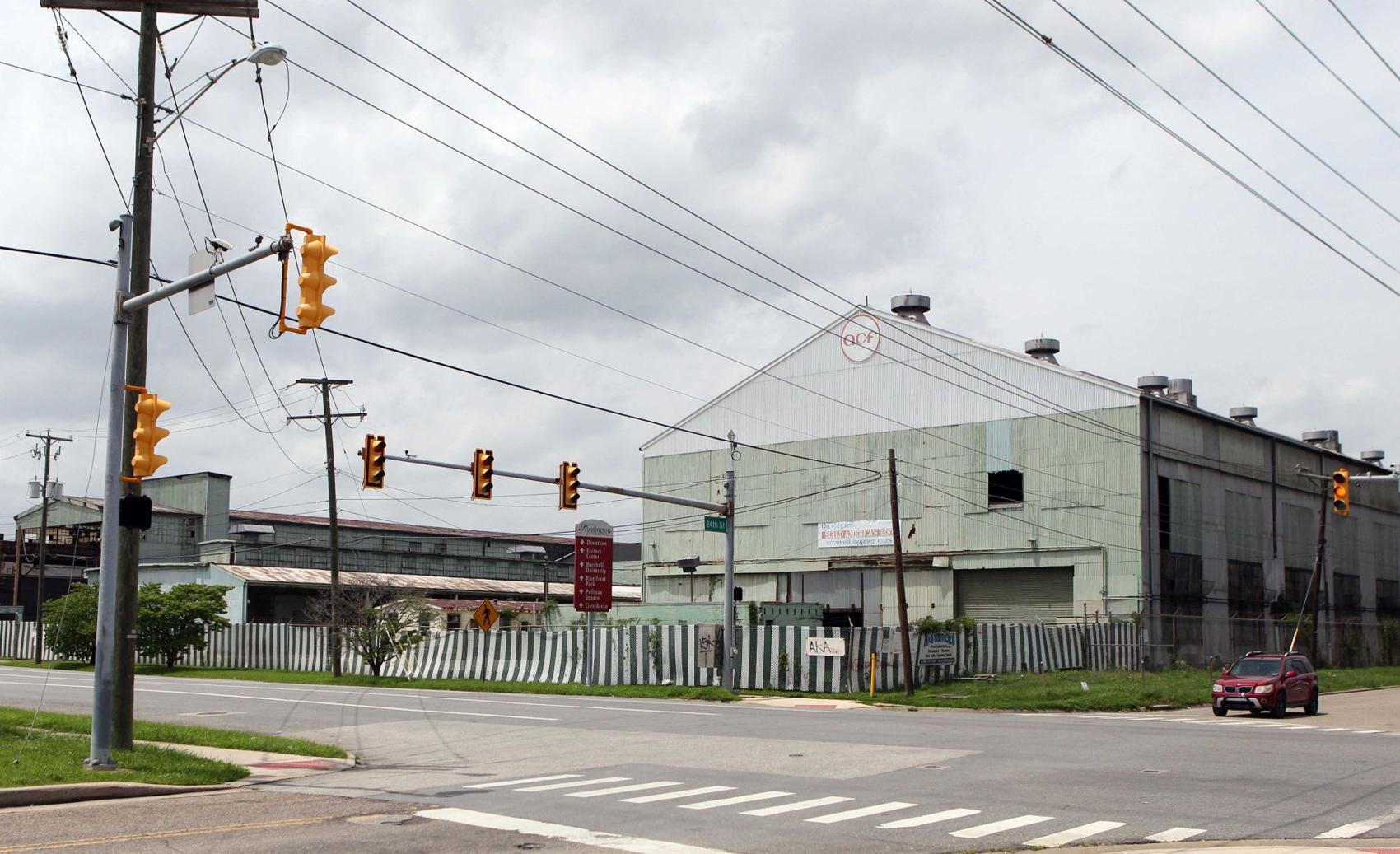 Soon after the city of Huntington was incorporated in 1871, a variety of other businesses and industries were established in and around the railroad center. One such business was Ensign Manufacturing Company, formed by William Barnum, Ely Ensign, and Collis P. Huntington himself. As president of the Barnum & Richardson Manufacturing Company, Barnum was already an established businessman. The firm, which was founded in 1830 in Lime Rock, Connecticut, was a major foundry and supplier of castings for railroads. Ensign was also from a prominent Connecticut family, and was likely the main source of money behind the new company. The third partner, Collis P. Huntington, was another Connecticut native, and likely encouraged Ensign and Barnum to set up a factory in his new town.

Ensign Manufacturing Company was chartered on November 1, 1872. Despite its name, Barnum was president of Ensign Manufacturing Co., while Ensign himself served as secretary-treasurer and manager. For the first ten years after the Ensign factory was completed, it manufactured iron parts such as wheels for railroad cars and castings for mining operations. In 1881, Ferdinand E. Canda joined the Ensign Car Works as general manager. Under his leadership, the company began building wooden freight cars and soon became one of the largest railcar building facilities in the country. Thanks to its association with railroad tycoon Huntington, a large portion of its inventory was sold to the Chesapeake and Ohio, Southern Pacific, and Central Pacific railroads. In 1893, Ensign displayed a large transportation exhibit at the World’s Fair in Chicago. By 1895, the company was manufacturing over four thousand cars each year, along with countless car wheels and iron castings.

As Ensign Manufacturing grew into one of early Huntington’s largest industries, its namesake also became a prominent figure in the city’s business and political circles. Popularly known as “Major Ensign,” Ensign was a longtime member of the city council and was elected mayor of Huntington in 1896-97. In addition, he served as president of the Huntington National Bank and chairman of the committee that had constructed Trinity Episcopal Church. Ensign also owned a grand house at 1330 Third Avenue, which was constructed in 1893 and is thought to have been the first home in Huntington to have had electric lights. Two years after Ensign passed away in 1902, a new elementary school at Fourth Avenue and Twenty-First Street was named after him.

In 1899, Ensign Manufacturing became one of thirteen railcar companies consolidated into the American Car and Foundry Company (AC&F). Following the merger, the Huntington factory continued freight car production while expanding its facilities. Ely Ensign remained general manager of the Huntington factory until his death in 1902, and his son John served as district manager for the company from 1910 to 1932. Ferdinand Canda also stayed on at the facility, where he designed and built large wooden-frame hopper cars for the Central Pacific Railroad. In the winter of 1905-06, the AC&F plant produced its first all-steel railcars, which were stronger and safer than wooden cars. By the early 1920s, the factory was one of sixteen AC&F facilities across nine states. While the Huntington plant primarily manufactured railcars, other AC&F factories began to produce other items, leading the company to change its name to ACF Industries in 1954. In 1962, the Huntington plant began production of the Center-Flow covered hopper car, which was designed to transport light-weight, high-bulk commodities. By 1992, the factory had manufactured over one hundred thousand Center-Flow cars and could make as many as twenty-eight in one day.

While the ACF plant played a key role in the city’s economy for well over a century, the factory sat mostly idle by the turn of the twenty-first century. The market for the Center-Flow cars had vanished by that time, and the remaining workers primarily made wheel pairs for tank cars that were manufactured elsewhere. By 2010, only four people still worked at the factory. In June 2019, the Huntington Municipal Development Authority purchased the 42-acre property for $3.12 million. The purchase marked a step toward the creation of the Huntington Brownfields Innovation Zone, or H-BIZ, a plan to redevelop the ACF plant and surrounding properties in the Highlawn neighborhood. The H-BIZ, which was proposed in 2017, aims to connect downtown Huntington with river access and recreational opportunities.