The southwest corner of Third Avenue and Twenty-Second Street was once home to one of early Huntington’s lesser-known hotels, the Hotel Arthur. The building that housed the hotel was constructed in 1875 as a public school for the surrounding area’s population. Although the school was expanded in 1885, the facility eventually proved too small and was replaced by the nearby Ensign Elementary School in 1904. Around 1908, the building was purchased and converted into a hotel, known variously as the Arthur Emmons Hotel and the Hotel Arthur, by prominent local figure Arthur S. Emmons. Emmons was the son of Delos W. Emmons, who was the brother-in-law and business partner of Collis P. Huntington and had overseen the sale of the city’s first lots. The Hotel Arthur was closed by 1940 and had been converted into storefronts and a warehouse space by the 1950s. Currently, the site of the former hotel is occupied by Marshall University’s Robert L. “Bobby” Pruett Training Complex, which was dedicated in 2006. 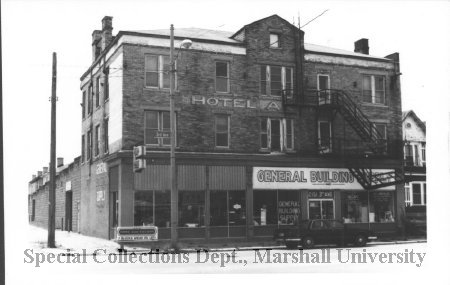 The Hotel Arthur during the 1913 flood 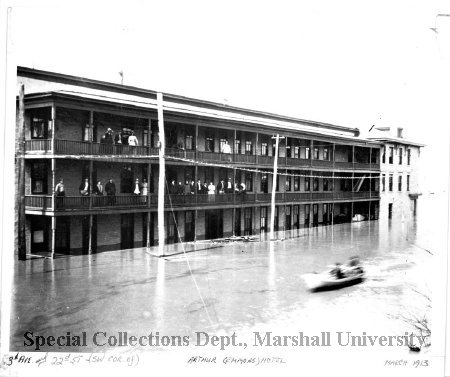 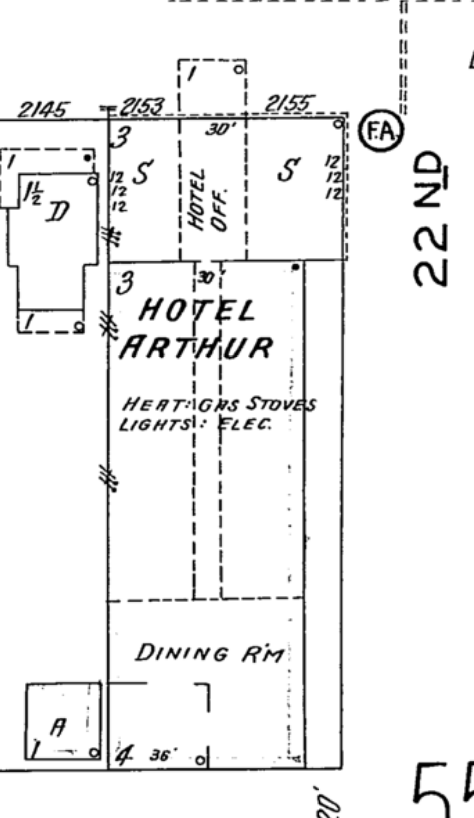 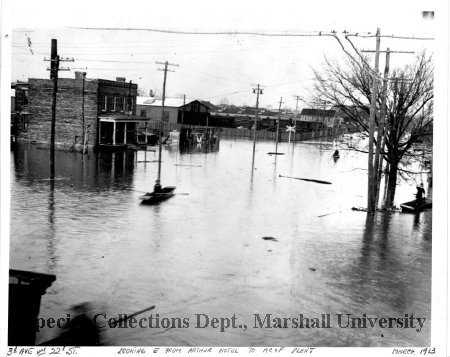 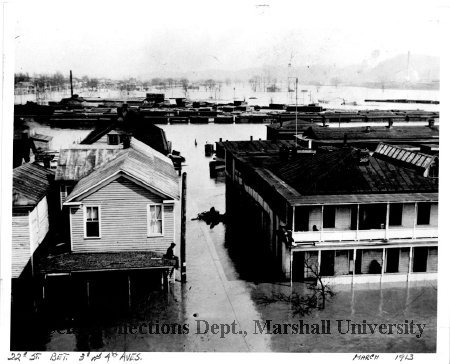 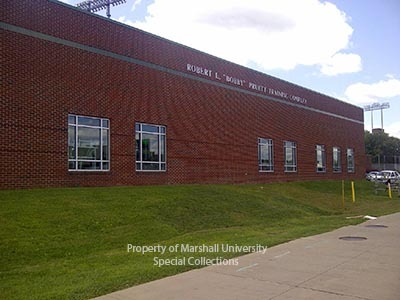 Before the Hotel Arthur opened for business, the southwest corner of Third Avenue and Twenty-Second Street was the location of one of Huntington’s first public schools. Soon after the city was founded in 1871, members of the community organized their efforts to build schools to educate their children. The Buffington School at the corner of Fourth Avenue and Seventh Street was the city’s first school, but it was soon followed by others, including a school at Third Avenue and Twenty-Second Street that was completed in 1875. The Third Avenue School was built to serve the growing population that had settled around the nearby Ensign Manufacturing Company. The school, which originally had only two rooms, was increased to four rooms in 1885 as the surrounding population continued to rise. Four rooms eventually proved to be too few, however, as the Third Avenue School was replaced in 1904 by the Ensign School, an eight-room building at the corner of Fourth Avenue and Twenty-First Street.

Around 1908, the former Third Avenue School was purchased by Arthur S. Emmons. Emmons expanded the building and converted it into a hotel, known variously as the Arthur Emmons Hotel and the Hotel Arthur. Born in New York in 1852, Emmons was a member of one the most prominent families of Huntington’s early history. His father, Delos W. Emmons, was the brother-in-law and business agent of Collis Huntington, who sent Emmons to his new town in order to sell its first lots in 1871. Arthur Emmons came to Huntington with his father, where he worked with the C&O railroad for nearly twenty years before starting his own business ventures like the Arthur Hotel and the Emmons Apartments. Emmons was also Huntington’s first city clerk and served as vice president of Emmons-Hawkins Hardware Company. He passed away in Huntington in 1927.

Although relatively little information is available about the Hotel Arthur, fire insurance maps and city directories indicate that the hotel was open until at least 1938, several years after its owner had passed away. The Hotel Arthur was no longer listed in the Huntington city directory in 1940. By 1954, the building had been converted into two storefronts and a building supplies warehouse. The building was likely demolished during the 1980s, when Marshall University built its new football stadium along Third Avenue between Twentieth and Twenty-Second Streets. The exact location of the hotel is now occupied by the Robert L. "Bobby" Pruett Training Complex and the Jonathan Edward Dunfee Weight Room, which were dedicated in 2006. The athletics complex was named in honor of former Marshall football coach Bob Pruett, and the weight training facility was named in honor of Jonathan Edward Dunfee, the late son of long-time Thundering Herd supporters Randy and Deborah Dunfee.

Business and Economic Development
History of Public and Higher Education