The Marshall University Recreation Center opened in 2009. Built as part of a redevelopment plan for the eastern part of campus, the center stands at the site of the former Twentieth Street Baptist Church. The church was established in 1892; its final sanctuary on the property was built in 1926 and lasted until 2006 when Marshall purchased and razed it. The Recreation Center is equipped with a swimming pool, a 1/7 mile running track, a racquetball area, and a wall climbing area. Prior to the establishment of this rec center in 2009, Marshall University students exercised in parts of of Gullickson Hall and the Cam Henderson Center.

The Marshall University Rec Center opened in 2009 and features a variety of activities for the Marshall community.

Twentieth Street Baptist Church was located here between 1926 and 2006, when the building and land was purchased by Marshall University. 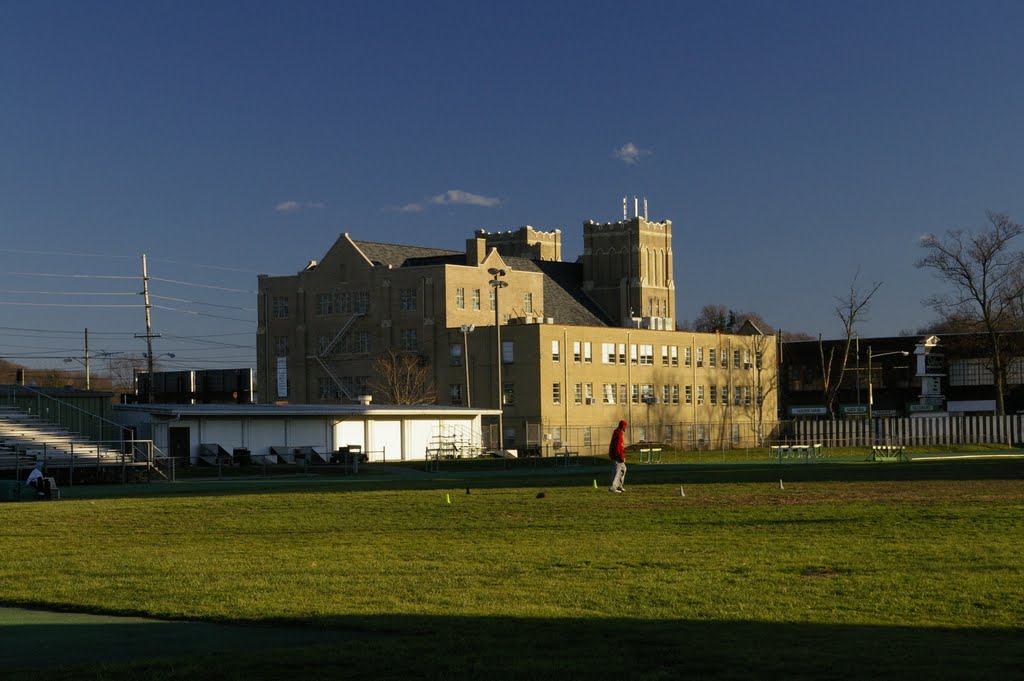 The running track and basketball courts in the Rec Center. 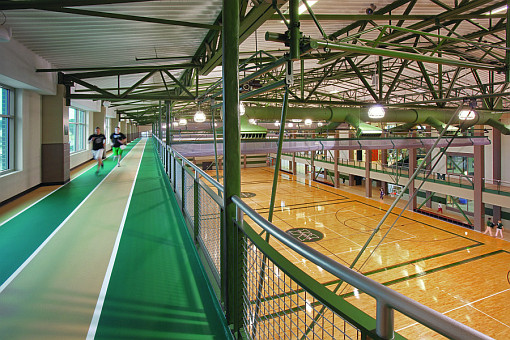 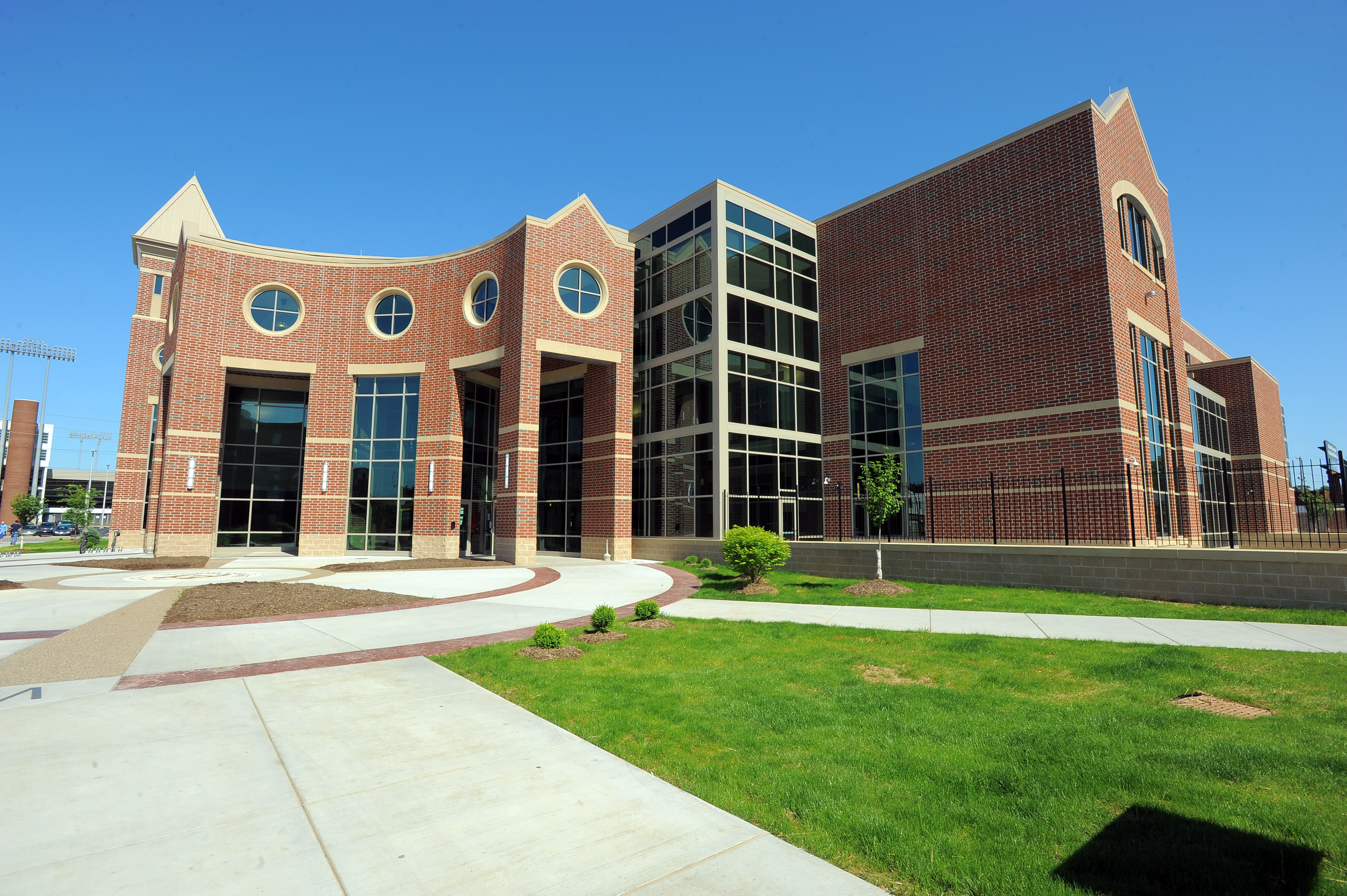 Plans for a new recreational center, initially referred to as the “Health and Wellness Center” date back at least to 2004 when the Student Government Association petitioned the Board of Governors for a new facility. At this time, the only recreational spaces available to students were small and aging facilities in Gullickson Hall and the Cam Henderson Center. In 2007 the Board of Governors approved a $94 million public-private project with Capstone Development Corp. to build a recreation center along with two new residence halls (Freshman North and Freshman South). Construction on the $30 million, two-story, 123,000 square foot recreation center began in the summer of 2007 and was completed in early 2009. The exterior of the building was given a tower and a classic brick design to blend in with other campus structures such as Old Main and Drinko Library.

“Plans Underway for Recreation Center, Residence Halls.” We Are…Marshall. May 18, 2007.