This two-story mercantile building was built circa 1910 and replaced a log building that once housed Greenbrier County's first courthouse. Work done in the 1980s found the foundation for a smaller building beneath the existing building. 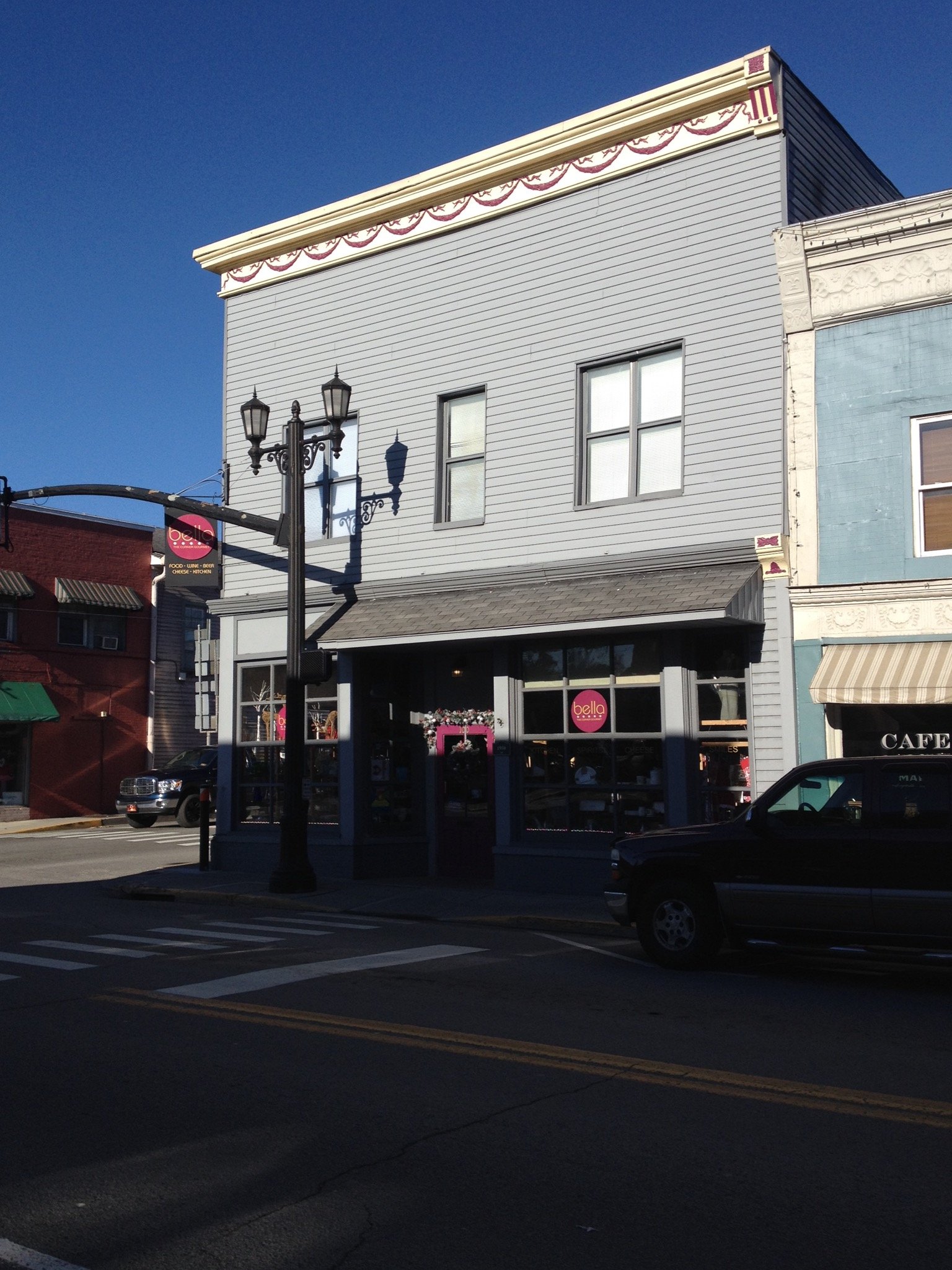 Known as the Houck Store, it is named after Arthur Keller ("AK") Houck. According to AK's granddaughter, Nancy Bulla, and local historian, Dr. John Montgomery, AK came to Lewisburg to pitch for a Lewisburg baseball team. When this Cincinnati Reds farm team went belly up, AK opened his store, initially in the Hotel Neely building. According to Dr. Montgomery, AK was the first merchant to sell fresh vegetables and very early sold avocados that he called "alligator pears."

Ms. Bulla recounts that AK loved cats and kept them at the store to keep out mice. One customer told AK that a cat was up on a barrel of salted fish eating one of them out of the brine. To the dismayed customer, he quipped, "Cats like fish."

Since the Houck Store, this building has continued to be occupied with various stores, a restaurant,  and now houses Bella The Corner Gourmet.