Item 173 of 270
This is a contributing entry for Discover U.S. 60: The Midland Trail and only appears as part of that tour.Learn More.

For many years, Frank’s Sandwich Shop was one of the most popular eateries in Huntington. Originally from Baltimore, chef Frank Volk introduced many customers to submarine sandwiches when he opened his restaurant at 1521 Fourth Avenue in August 1964. The shop quickly became a local favorite, offering popular items like hot dog specials and hand-cut fries alongside the now-legendary steak sandwich with “hots,” a homemade red pepper sauce. Frank’s was especially popular among Marshall University students due to its convenient location and low prices. Later, Volk opened a second shop at the corner of 3rd Avenue and 13th Street, where Graley Autobody's drive-in claim center is now located. Although the restaurant closed during the 1990s and Volk passed away in 2010, Frank’s Sandwich Shop continues to be fondly remembered by its former customers. 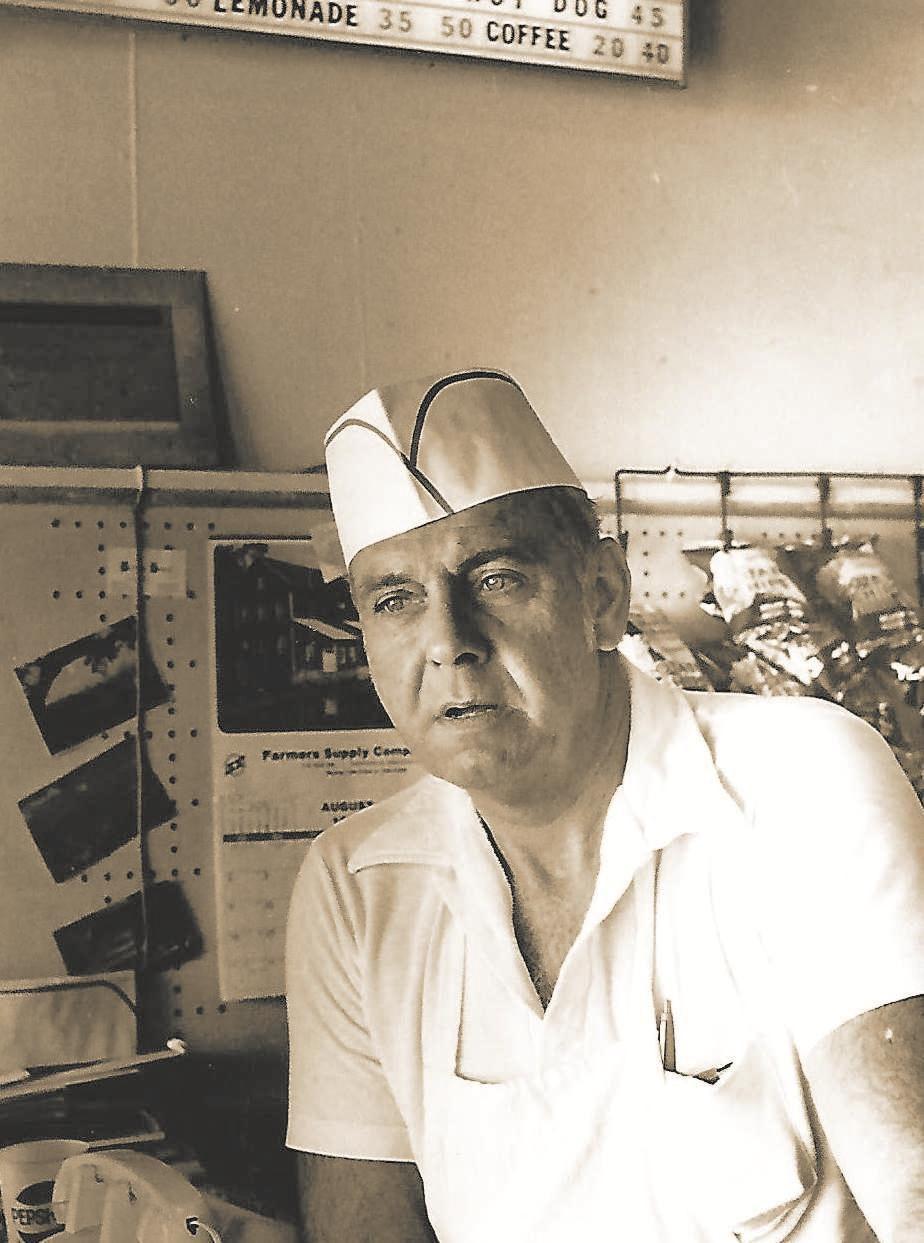 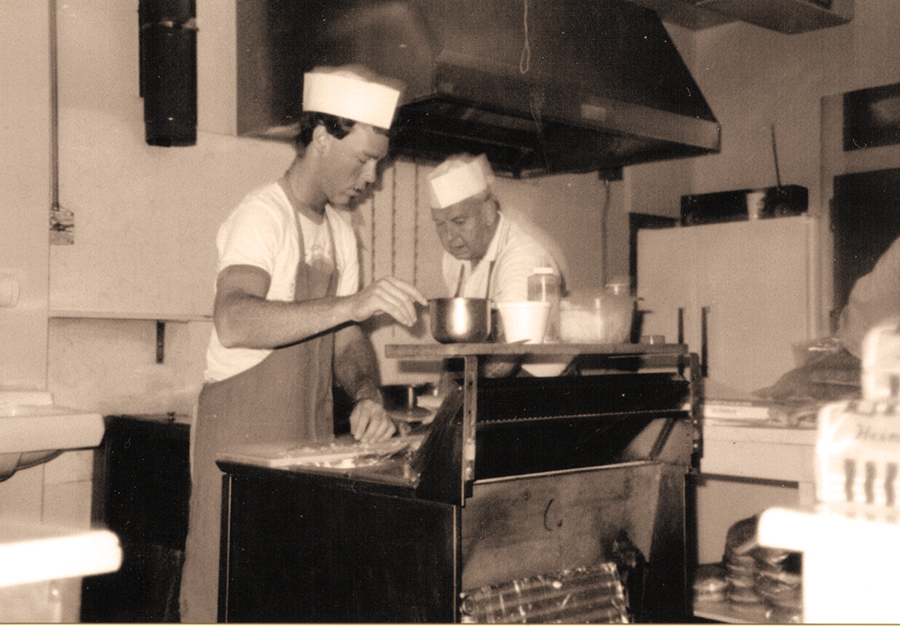 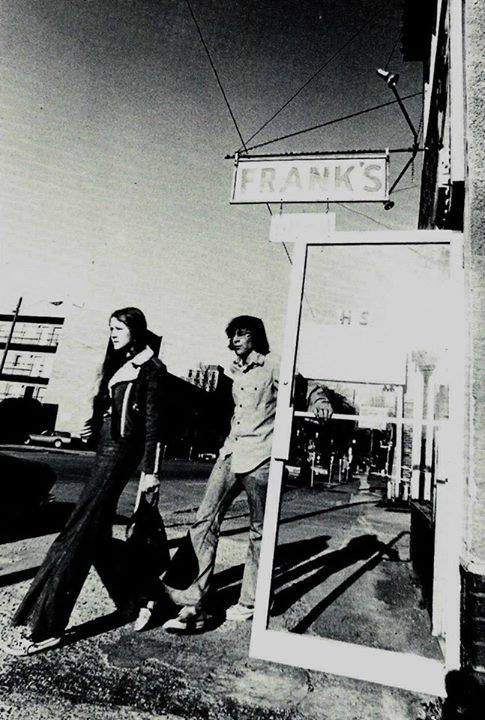 Frank Volk was born in Baltimore, Maryland on March 23, 1924. He grew up in Delaware and Maryland, served in the United States Marines during World War II, and worked as a restaurant equipment salesman in the Baltimore area before moving to Huntington around 1960. When he arrived, Volk noticed that plenty of restaurants served hot dogs and hamburgers, but the city did not have a place that served submarine sandwiches. Although submarines were popular on the East Coast at the time, Volk realized that most people in Huntington had never heard of them. Seeing the potential for a shop specializing in sandwiches, Volk decided to start his own and opened Frank’s Sandwich Shop at 1521 Fourth Avenue in August of 1964. According to Volk, Huntingtonians initially hesitated to try his then-unfamiliar submarine sandwiches, but business soon picked up as word of the shop spread.

Volk served a variety of different sandwiches at his hole-in-the-wall restaurant on Fourth Avenue, but a clear favorite was his “steak sandwich with hots.” The steak was thinly sliced, cooked in butter on a flat-top grill, and seasoned with a homemade red pepper sauce simply called “hots.” For many customers, the “hots” were a delicious mystery consisting of some kind of finely-chopped and seasoned peppers that gave the steak sandwich the perfect kick. Mary Volk Price, Frank’s daughter, later revealed that the legendary “hots” were in fact cherry peppers and cayenne pepper flavored to taste. Along with its thin slices of steak and homemade “hots,” the steak sandwich was notable for its bread, which Volk had shipped to Huntington from a bakery in Maryland. While Volk had initially ordered the buns from out of state because no local bakery made them, he continued to do so because he preferred the quality of the Maryland bakery.

Within a few years, Frank’s Sandwich Shop had become one of the most popular quick food hangouts in Huntington. While best known for its steak sandwich sprinkled with “hots,” items like the hot dog special and cold cut submarine sandwiches were also popular, and customers enjoyed the hand-cut fries that were served alongside them. Frank’s was especially popular among the students of nearby Marshall University. Many recall practically living on a diet of inexpensive steak sandwiches and hot dog specials during their college days. The shop proved so popular that Volk opened a second location at the corner of Third Avenue and Thirteenth Street during the early 1980s.

After decades as one of Huntington’s most popular restaurants, Frank’s Sandwich Shop closed down during the 1990s. Frank Volk passed away in 2010, but the memory of his shop lives on for many Huntingtonians. While home cooks attempt to recreate the legendary steak sandwich with “hots,” the exact recipe has not been offered at any Huntington restaurants. The sports bar Tavern Off the Green, which opened in early 2018, briefly offered a Frank’s Steak Sandwich modeled after the legendary original, but the restaurant has since closed. Today, Graley Autobody’s drive-in claim center stands where the Third Avenue Frank’s Sandwich Shop once was, and the original Fourth Avenue location has been demolished.