The Enslow Mansion was one of the most luxurious private homes in early Huntington. Prominent attorney and businessman Frank B. Enslow built the twenty-six room house in 1896 in a neighborhood nicknamed "Millionaire's Row." It was one of the major centers of social life in Huntington in the early 1900s. The mansion became infamous in 1936 when Enslow's widow Juliette Buffington Enslow was found murdered in her bedroom. The murder and subsequent trial of her son Charles Baldwin for the crime was widely publicized and sensationalized. Baldwin was ultimately found not guilty, and the crime remains a mystery. In 1937 R. R. Steele acquired the mansion and converted it into a funeral home. It was destroyed in a fire in 1977.

The Enslow Mansion in 1936, around the time of the murder of Juliette Buffington Enslow. Image courtesy of Marshall University Special Collections. 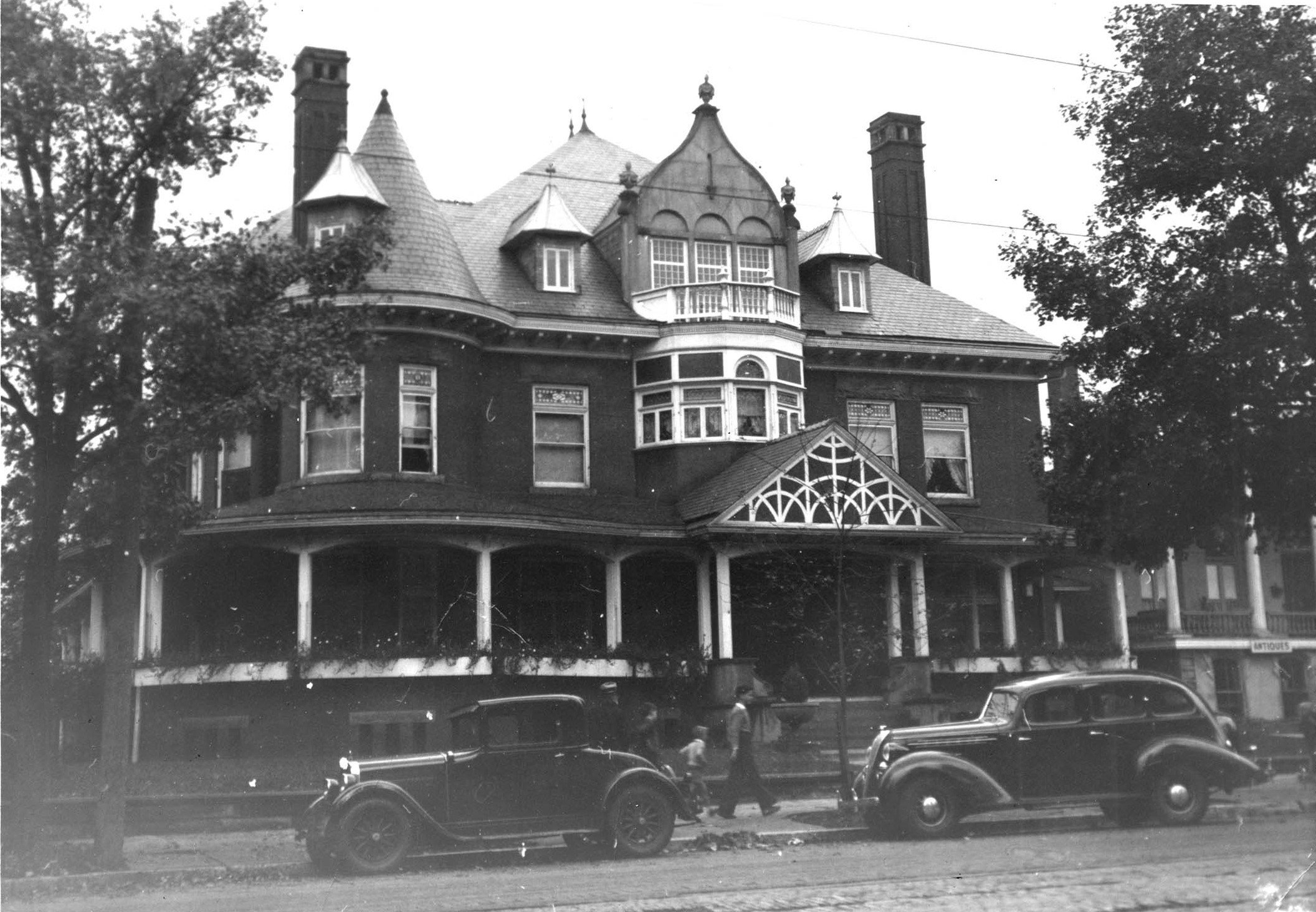 Frank Bliss Enslow (1853-1917) was a successful attorney and businessman; he was reputed to be Huntington's first self-made millionaire. Image courtesy of Marshall University Special Collections. 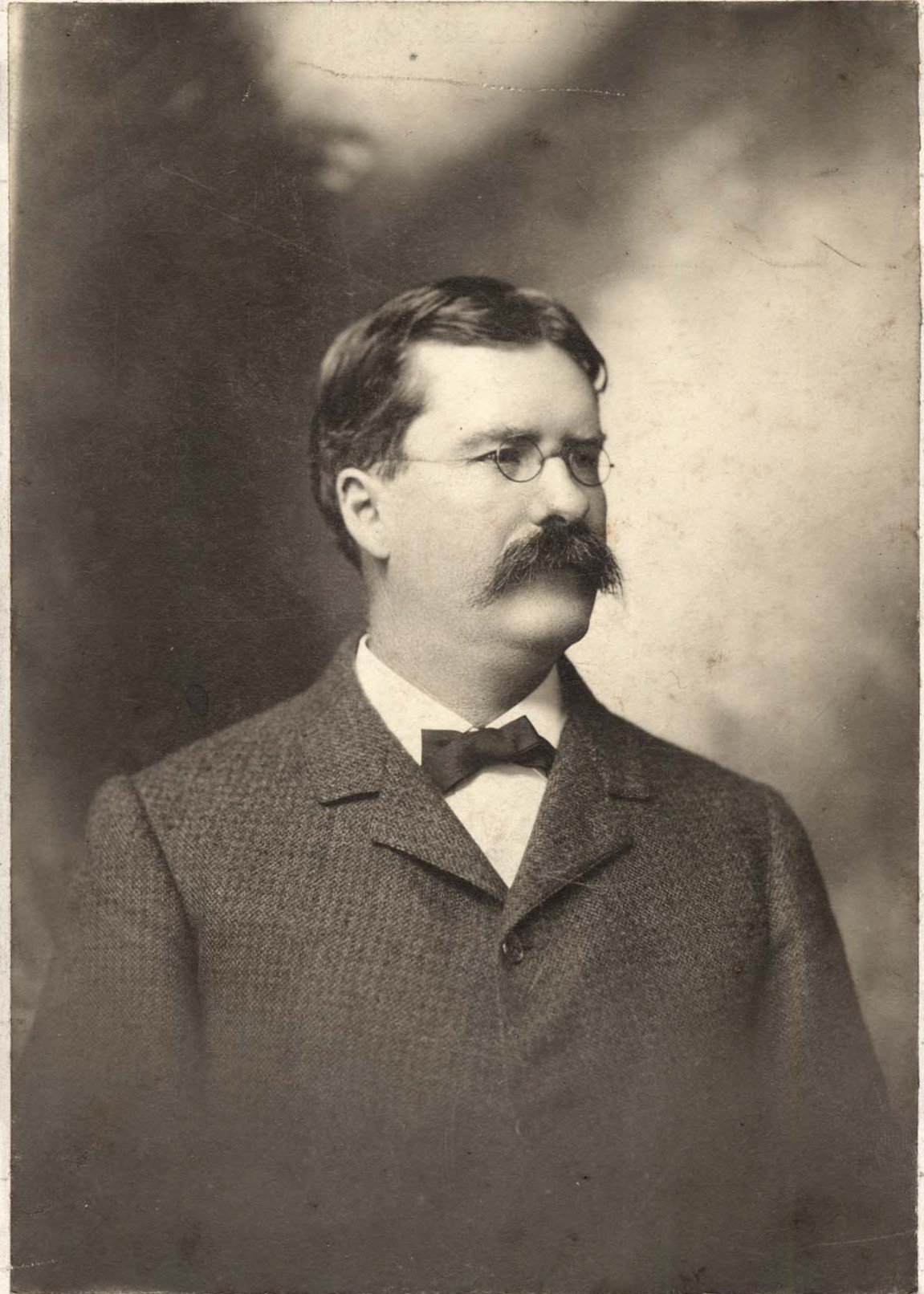 Juliette Buffington Enslow (1873-1936) was the second wife of Frank. Her murder in 1936 became one of the most infamous crimes in Huntington's history. Image courtesy of Marshall University Special Collections. 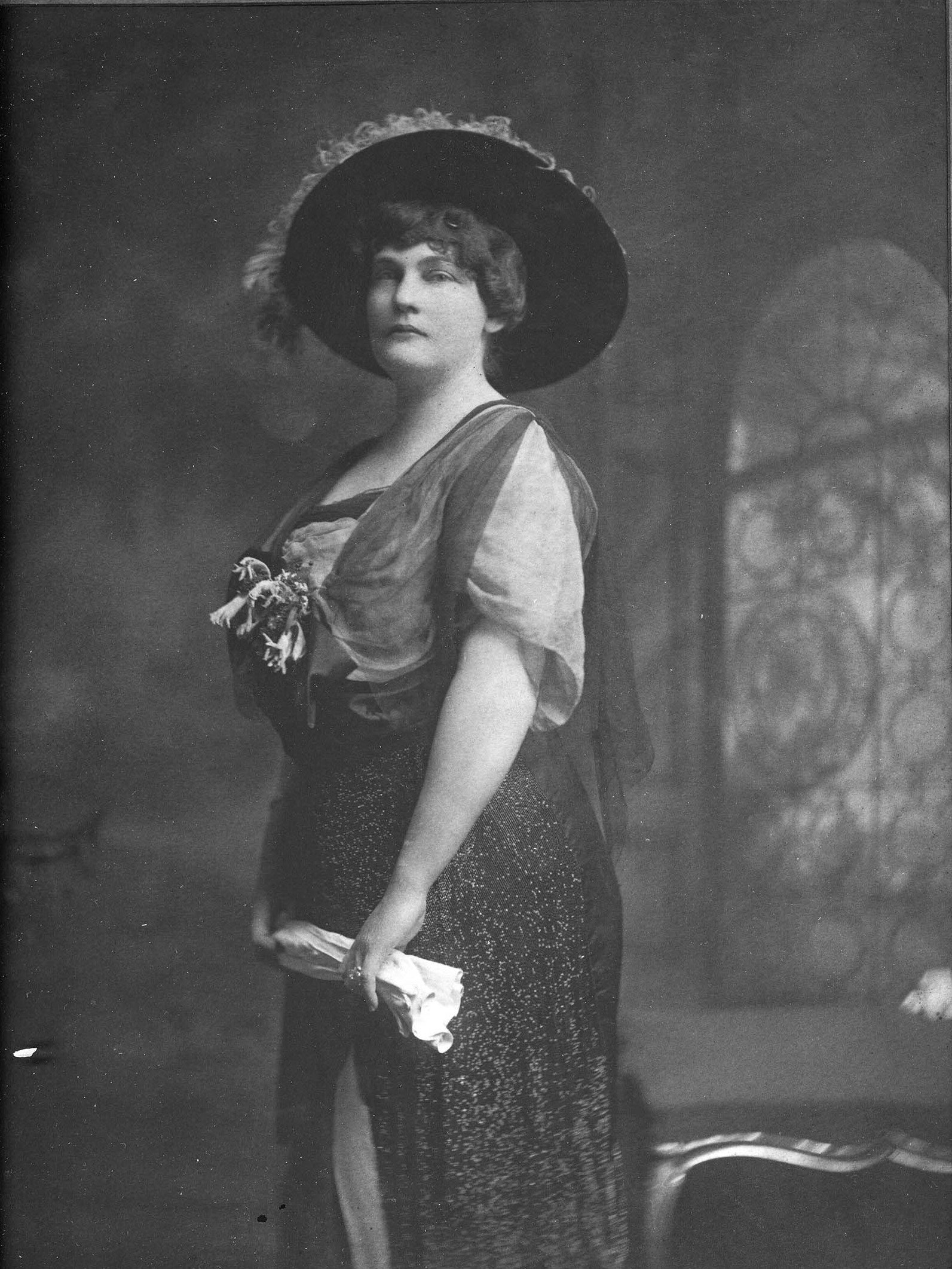 The Enslow Mansion sometime after its conversion into the Steele Funeral Home. Image courtesy of Marshall University Special Collections. 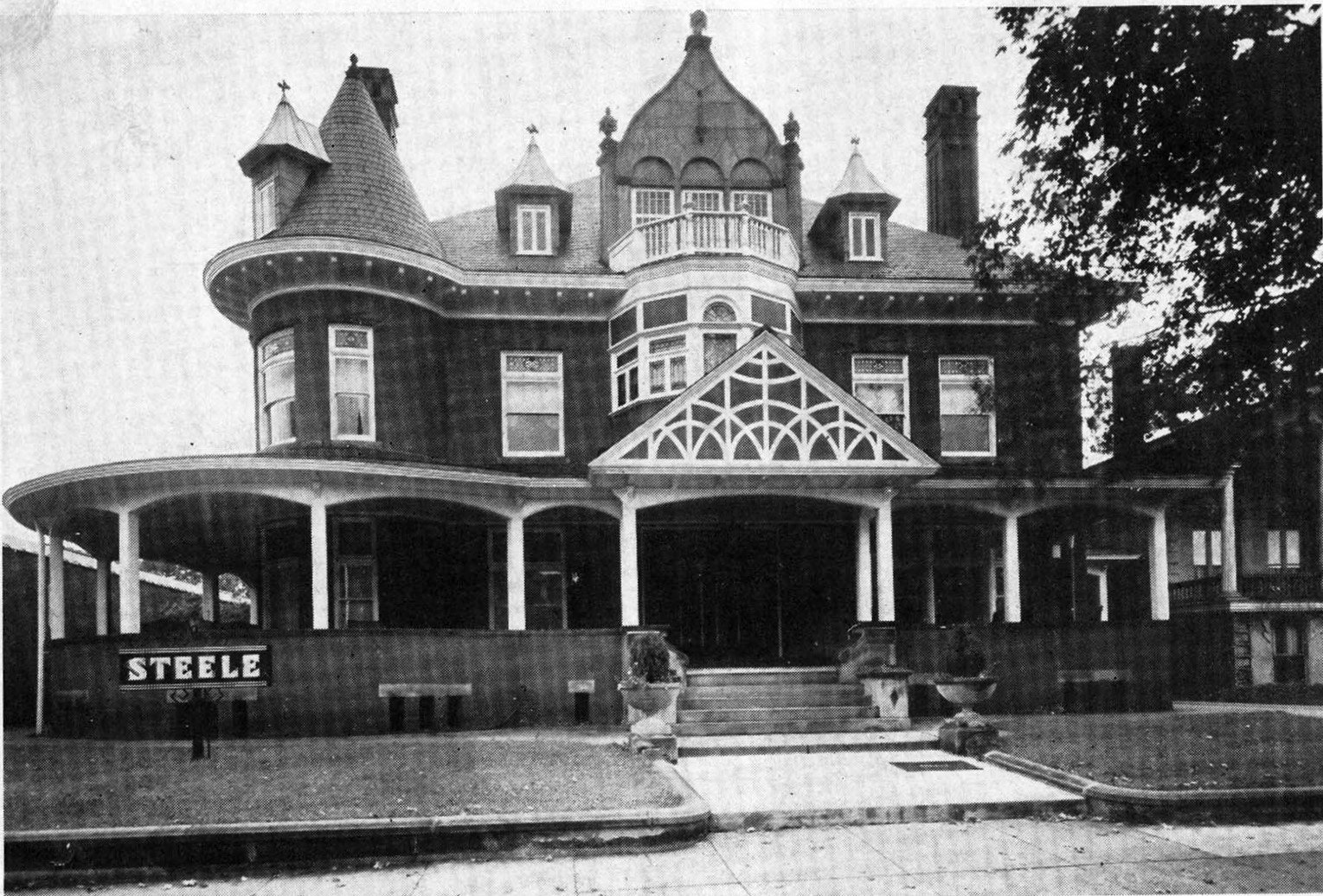 Frank Bliss Enslow was born in Wheelersburg, Ohio in 1853. At the age of eighteen he moved to the new city of Huntington, where he got a job as one of its first police officers. He also studied law and became a successful attorney. Additionally Enslow began investing in a number of gas, oil, and banking enterprises. In this way he accumulated a fortune; Enslow reportedly was the Huntington’s first millionaire. He founded the Triple State Gas Company and Columbia Gas & Electric Company; held leadership positions in the C&O Railroad, Huntington Water Company, and the Bank of Huntington; served as president of Huntington National Bank and the West Virginia Board of Trade; and helped to organize Huntington’s first hospital.

Enslow’s wealth was demonstrated when he constructed a palatial 27-room mansion at 3rd Avenue around 1896. The home was designed by local architect T. U. Walter and was noted for its extremely ornate interior. It featured carved wood paneling, stained glass windows, silk wallpaper, marble fireplaces, Tiffany chandeliers, and even a garage with a turntable floor. The house and other nearby upscale homes led to 3rd Avenue being dubbed “Millionaire’s Row.” The Enslow was a major center of social activity in the early 1900s. Frank Enslow died in 1917. The house remained under the ownership of Juliette Buffington Enslow, Frank’s second wife; the couple married in 1901. Juliette was the daughter of Huntington’s first mayor Peter Cline Buffington and a descendant of one of the oldest families in Cabell County.

The Enslow Mansion became the focus of a sensational crime in 1936. On the morning of Saturday, October 17, Juliette Buffington Enslow was found dead in her bedroom by a maid. She had been beaten, stabbed in the head (reportedly with an ice pick), and possibly strangled. An investigation determined that two diamond rings had been stolen, although one later turned up in a gutter outside the house in 1940. Enslow’s son Charles Baldwin, who was living in the home at the time, was widely suspected of killing his mother. He was arrested on October 27 and charged with murder. After a trial in the winter of 1937, Baldwin was found not guilty on March 25. Whether or not Baldwin murdered his mother and what the motives for the crime were remain unknown.

The murder of Juliette Buffington Enslow cast a pall over the family and in 1937 they vacated the mansion. It was bought by R. R. Steele, a local funeral home director who moved his business into the house. For the next several decades the house operated as the Steele Funeral Home; the director and his family lived on the second floor. In 1965 the business was acquired by A. Ray Black and renamed the Steele-Black Funeral Home. On August 23, 1977 a swift fire broke out in the basement and destroyed the entire house; Black and his family barely escaped. The charred remains of the Enslow mansion were soon demolished, and today a used car lot occupies the property.