Saint Joseph Catholic Church was the first Catholic Church established in the Huntington area in 1872 by Reverend Father Thomas Quirk. In the beginning, the church was temporarily located at 8th Avenue and 20th Street until Father Quirk carefully purchased the land at 6th Avenue and 13th Street after observing that it was not in a flood zone. Education has always been a part of the Saint Joseph Catholic Church, with a parochial school being established along with the church. The church and school have both expanded throughout the years to accommodate the growing congregation and student body. Today, the Saint Joseph Church and School are located along both sides of 6th Avenue, and offer Catechesis and R.C.I.A. classes. 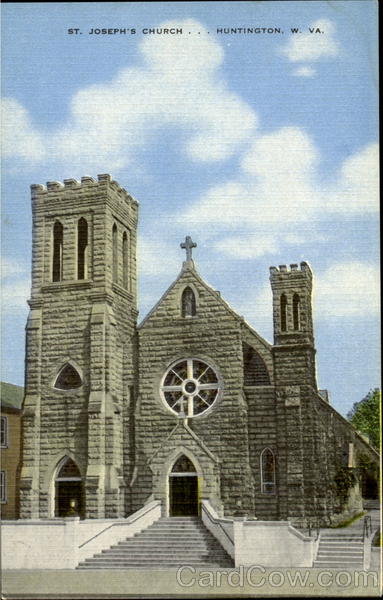 The original church, and the present church in 1900.

The church and the grade school. 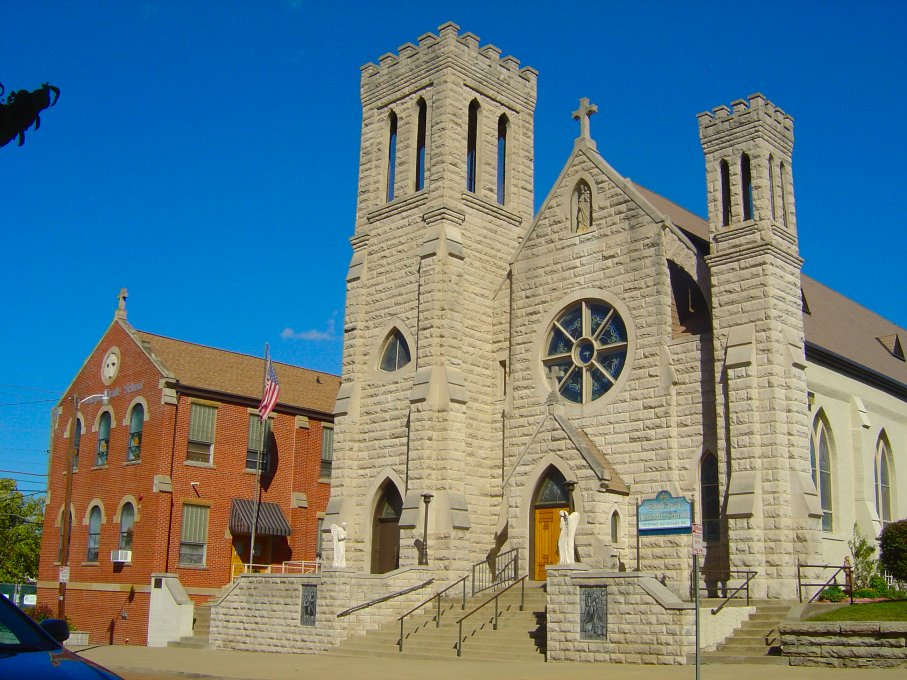 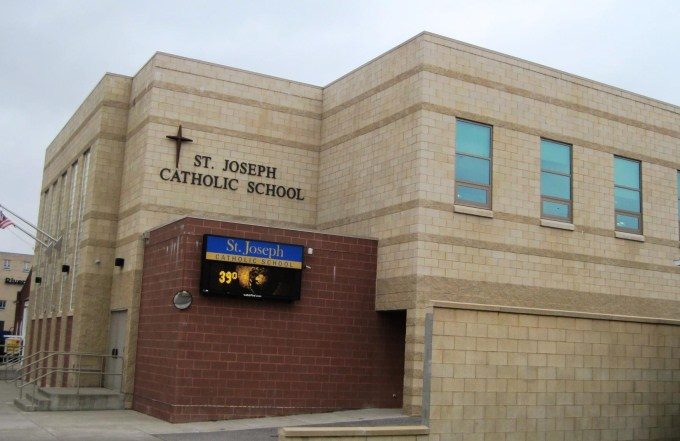 Catholics who inhabited Huntington and the surrounding areas in the early 1800s did not have a place of worship, but rather gathered when traveling priests would visit the Tri-State area. Reverend Charles Farrell was the first recorded priest from 1845 to 1847, when he was transferred to Wheeling. The Saint Joseph Parish was created in Guyandotte in 1872 when Reverend Father Thomas Quirk of South Ireland established the first parish in Cabell County. Father Quirk entrusted the church to the patronage of Saint Peter, however that quickly changed. In 1872, Father Quirk established a temporary church on 8th Avenue and 20th Street in Huntington, WV, along with a parochial school. In the early 1880s, Father Quirk purchased the property where the church stands today on 6th Avenue and 13th Street, and was then transferred to Lewis County. Reverend Father John W. Werninger replaced Quirk, and built St. Joseph in 1889. The Sisters of Mercy took over the school established by the church in 1894, and were replaced by the Diocesan Sister of Saint Joseph in 1900.

Reverend Father Henry Altmeyer became the pastor of Saint Joseph in 1889 when Father Werninger was transferred to Benwood, and was responsible for expanding the church to accommodate a growing congregation. Father Altmeyer installed a new altar, replaced the gas lights with electric, and installed stained glass windows. In 1913, a rectory building was created on the property, and in 1916 the church expanded once again to its present size. Reverend Altmeyer was elevated to Right Reverend Monsignor Henry B. Altmeyer before his death in 1930, after serving the Catholic Church for 30 years. Right Reverend Monsignor James F. Newcomb replaced Monsignor Altmeyer. Monsignor Newcomb valued Catholic education, and immediately started the process of building a high school. In 1932, Saint Joseph Catholic School was established.

After Monsignor Newcomb passed away in 1960, Reverend Monsignor George J. Burke became the fifth pastor of Saint Joseph. Monsignor Burke made interior renovations, and installed a new elementary school building in 1971. Saint Joseph had two short term pastors during the 1970s and 1980s: Father Wanstreet from 1976 to 1978, and Father Masciolo from 1978 to 1983. Reverend Father Harold Moore established a connection between the church and the Huntington community during his time as pastor from 1983 to 1992. Reverend Father Frederick Annie created a connector between the church and the grade school building during his time at Saint Joseph until 1997. Reverend Monsignor Lawrence J. Luciana made many improvements during his tenure as he replaced the carpet in the sanctuary with marble floors, moved the tabernacle to the main altar, restored the front steps, and established a new grade school building on the property. Monsignor Luciana retired in 2012, and the Very Reverend  Dean G. Borgmeyer followed in his footsteps.