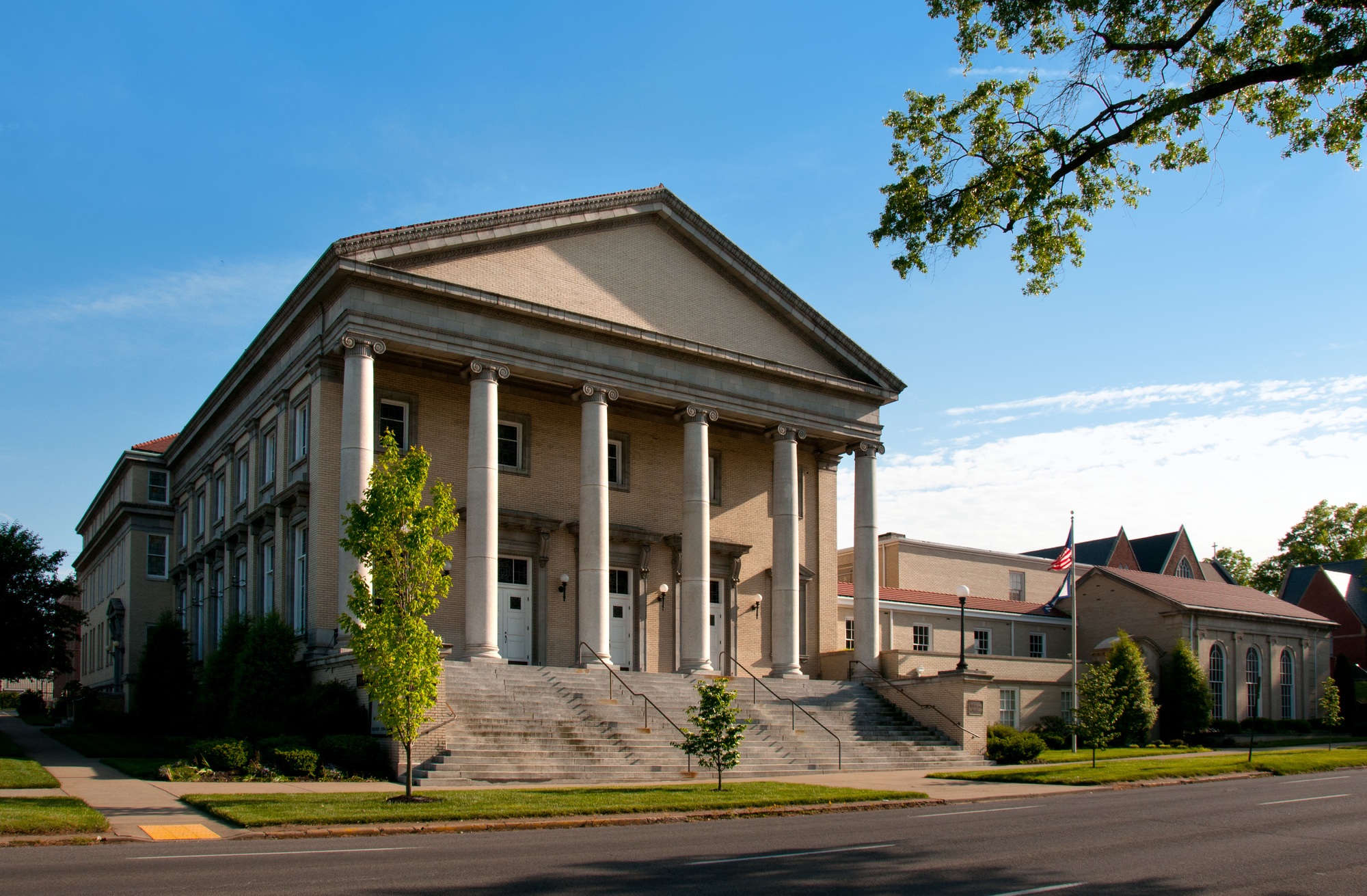 The first established location of Fifth Avenue Baptist Church- this structure was torn down, and the Herald Dispatch offices now sit on this property. 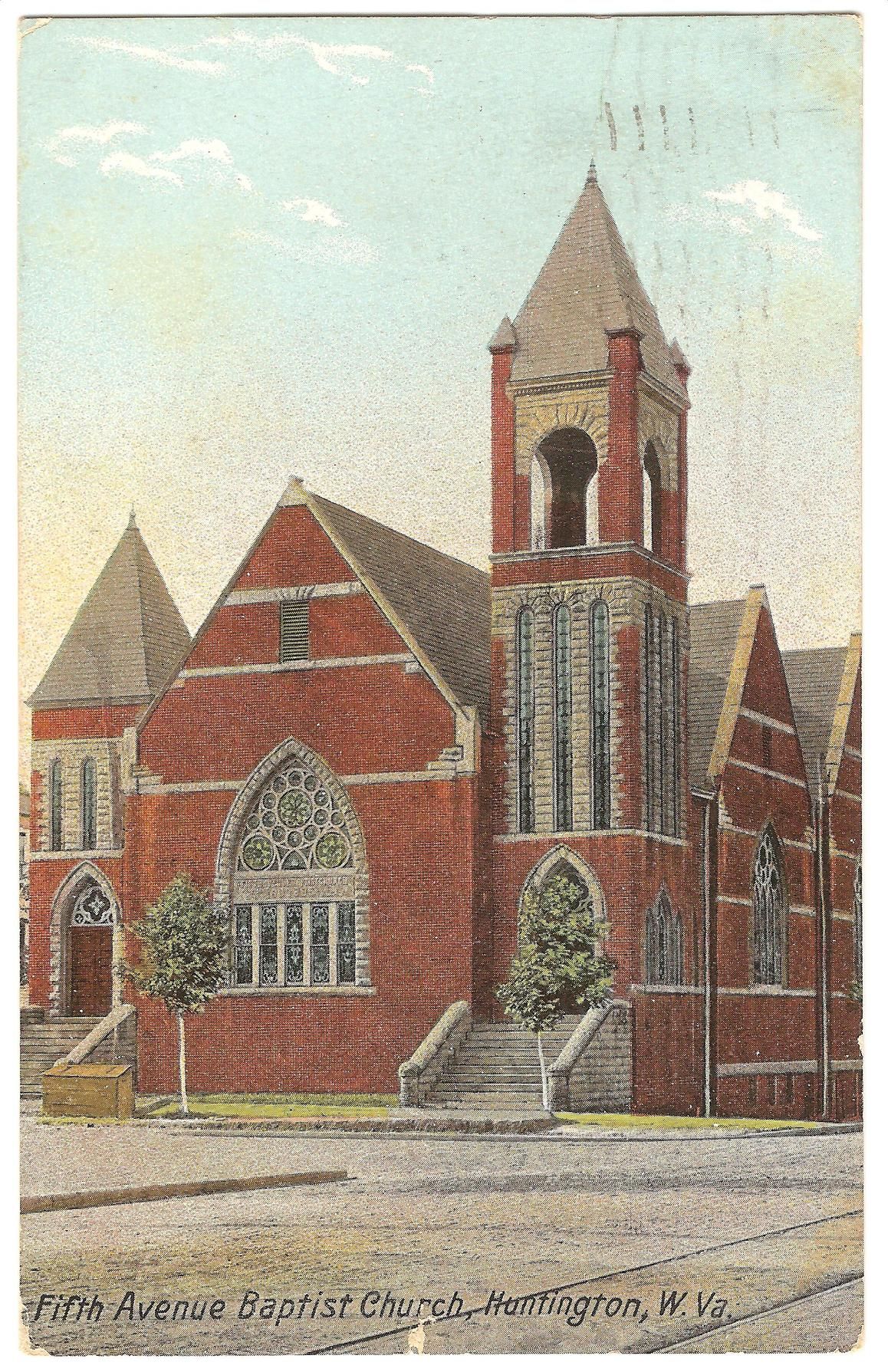 Guyandotte Baptist Church pastor, Reverend A. M. Simms, had been participating in missionary work in the newly incorporated railroad town of Huntington, WV in 1872 and decided to organize the First Baptist of Huntington. The church was established in October of 1872 with only 15 members. On June 29, 1887, the name was changed from First Baptist of Huntington to Fifth Avenue Baptist Church to differentiate themselves from the newly established African American church, First Baptist Church. A log structure once stood where Marshall University’s campus is today, and was utilized as a chapel for many different denominations. Many of the churches in Huntington, WV held their first services in the log structure, just as Fifth Avenue Baptist did.