First Presbyterian Church of Huntington is one of the oldest, grandest, and strongest religious centers in the Huntington area. As one of the most iconic and historical buildings in the whole city, FPC of Huntington has remained a staple and prominent fixture in the culture of the small town. Having been through bitter splits and harsh times since the 1830s, First Presbyterian Church has erected countless foundations in both West Virginia and South America while remaining true to their mission of equality to all regardless of race, gender, orientation, or age. FPC has historically outpaced the times and been far more progressive and accepting throughout the past 150 years. As a epicenter of hope, faith, love, and family, First Presbyterian Church has proven to have a formula to last.

FPC in modern day still with an iconic and classic facade. 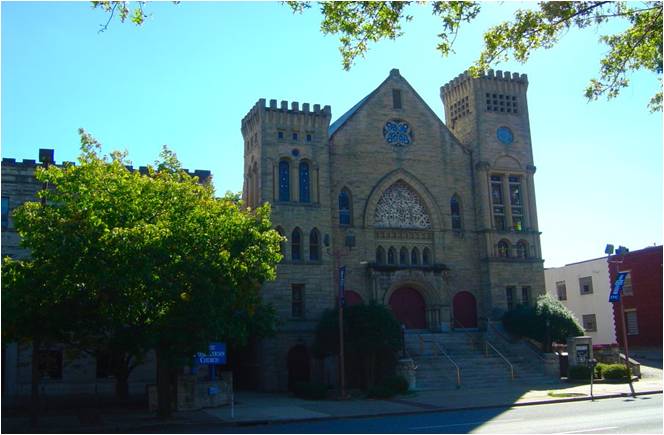 A postcard of the church 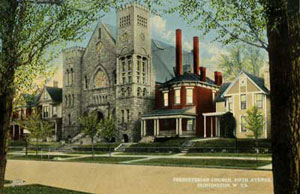 The preliminary sketch for the church- courtesy of Marshall University Special Collections. 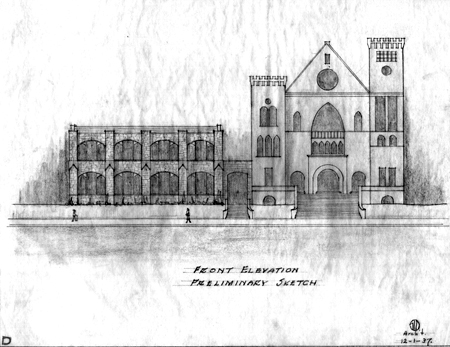 Cabwaylingo is one of FPC's greatest and proudest endeavors offering a place for needy and disadvantaged children in the Dunlow area who have next to nothing. 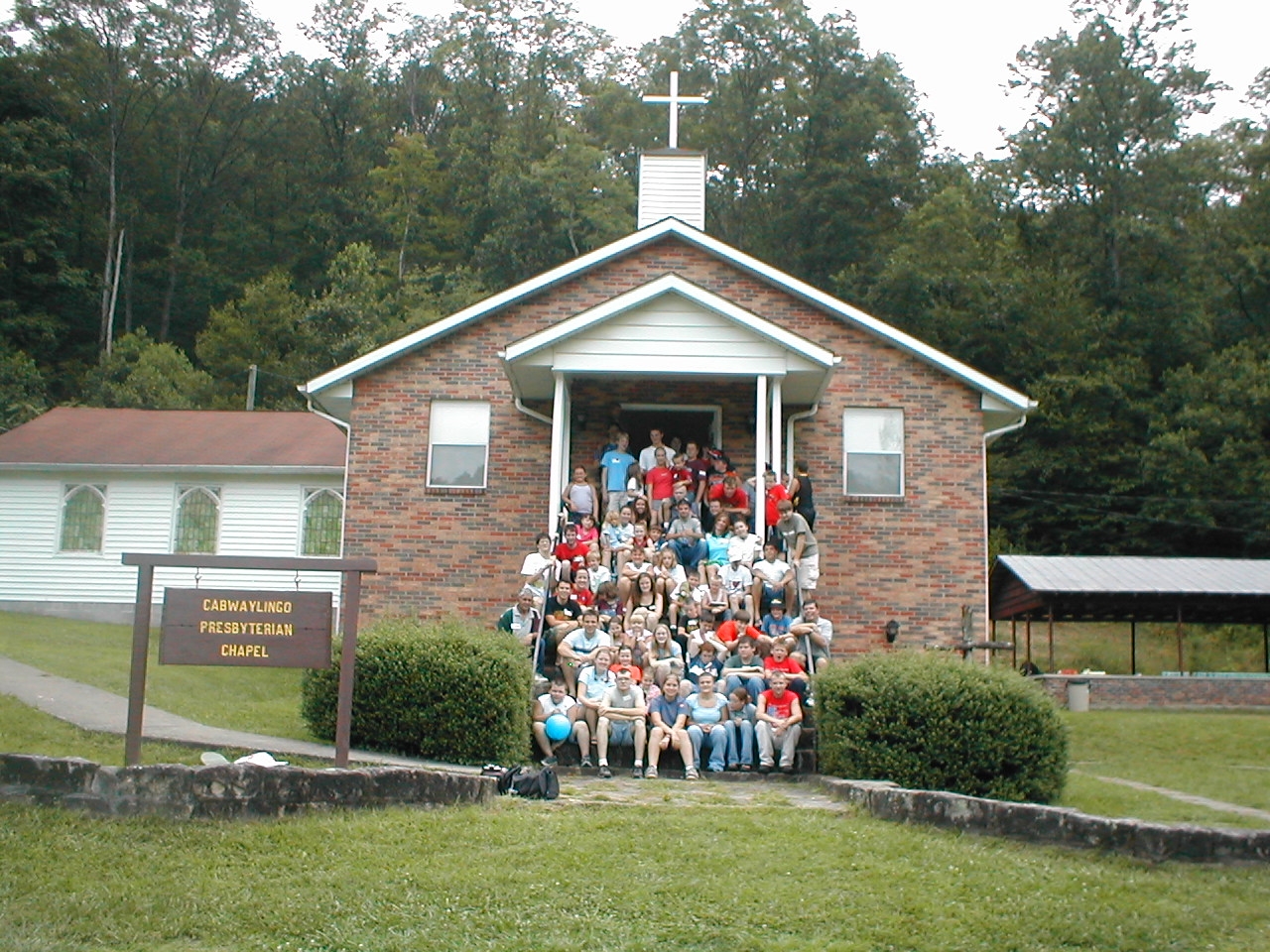 The saga of First Presbyterian Church actually dates back to 1809 with the founding of Cabell County.  The pioneers settling the area at that time felt estranged from their faith due to there being no established church yet in the region of any denomination.  The only option for these settlers was to travel down the Ohio River which would often be an all day event to attend church in Burlington, Ohio.  Families of Cabell County residents would load onto boats and spend hours rowing to make it to Burlington and hear sermons from the local clergy.  Sometimes the service would be less formal and be conducted in a barn depending on the location of the gathering.  This would be the usual proceedings for the next 30 years.

In 1837, it was decided that the locals would establish their own individual church. At the time, the church partnered to create a new Academy in the area on the condition that the church be permitted to use the academy's facilities to gather.  Within a year, the new academy was finished and named after then Chief Justice of the United States Supreme Court, John Marshall.  Today, the Academy is thought of more as Marshall University home of the thundering herd.  The newly formed Presbyterians would conduct their services on the campus of the academy for an additional 30 years before they would decide to erect their own steeple overlooking the river in 1872.

The congregation grew and grew while it met at Marshall University.  When the time came for them to build their new home however, the Presbyterians gazed out at the Ohio River in an open field along what would become 5th Avenue.  They felt hope and inspiration and payed a crippling $22,000 including the price of a massive bell which is still in use today in the Church's bell tower.  The church would rapidly expand over the next century adding more rooms, acquiring more local property, and building an educational complex dedicated to youth ministries. The original sanctuary would eventually be remodeled in the 1980s and 1990s and then again in the mid 2000s.

FPC of Huntington has acted as a catalyst for many other organizations in the tri-state area including Marshall University and sister churches of Enslow and Highlawn Presbyterian Churches.  FPC has also been instrumental in the formation of an alliance to build a church base in Peru in villages isolated from the rest of the World.  First Presbyterian church holds service every Sunday morning at 10:45 in addition to their booming children ministries program Logos on Wednesday nights.  The newer generations of FPC have been raised in an environment of equality and love and it remains the mission of the church to continue this trend in the rest of this century.