The Day and Night Bank

The Day and Night Bank opened on the first floor of a five-story building on the corner of 4th Avenue and 10th Street in downtown Huntington on March 25, 1912. True to its name, the Day and Night Bank distinguished itself by staying open later than other banks in the area. Under president F.L. Whitaker and his successor Frank Enslow, Jr., the bank enjoyed brief success until it surrendered its charter to the Huntington National Bank on December 15, 1919. A series of tenants have since occupied the building, with nTelos being the most recent. As of 2019, the building remains vacant.

An advertisement for the Day & Night Bank in the Huntington Advertiser newspaper published on March 23, 1912, showing the logo for the bank. 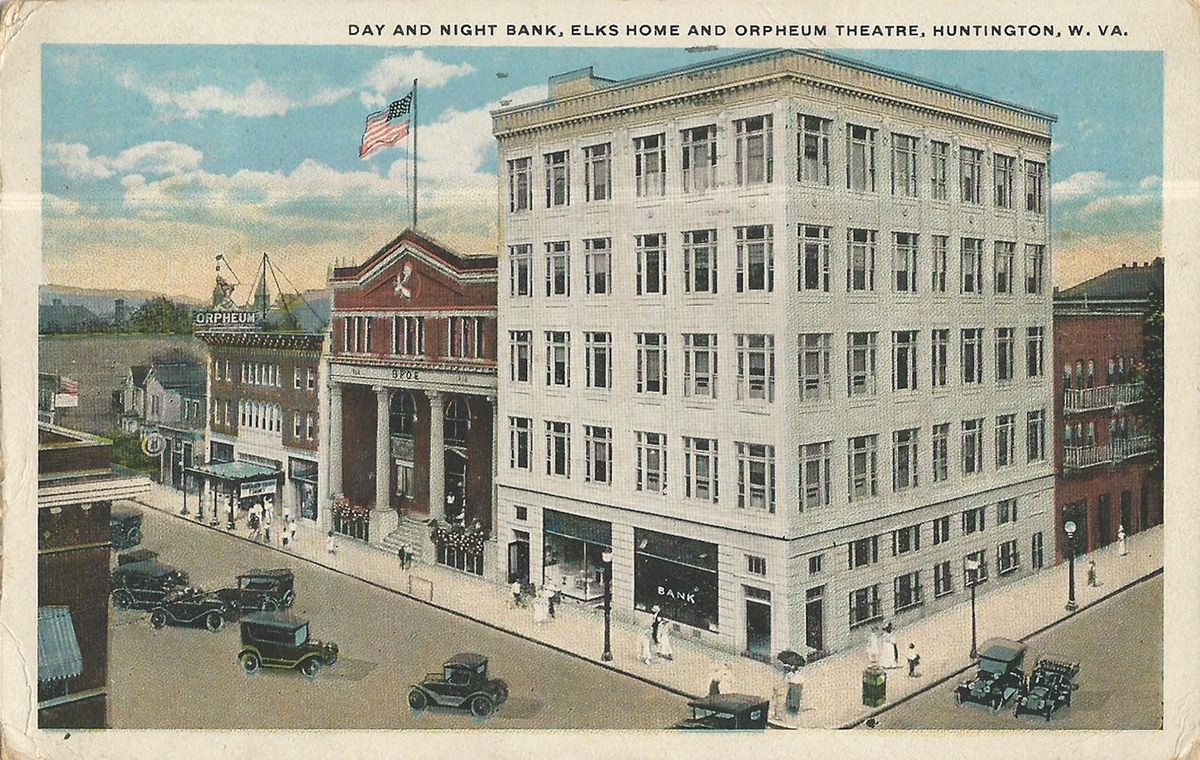 Photo of Henry O. Aleshire, cashier for the bank. 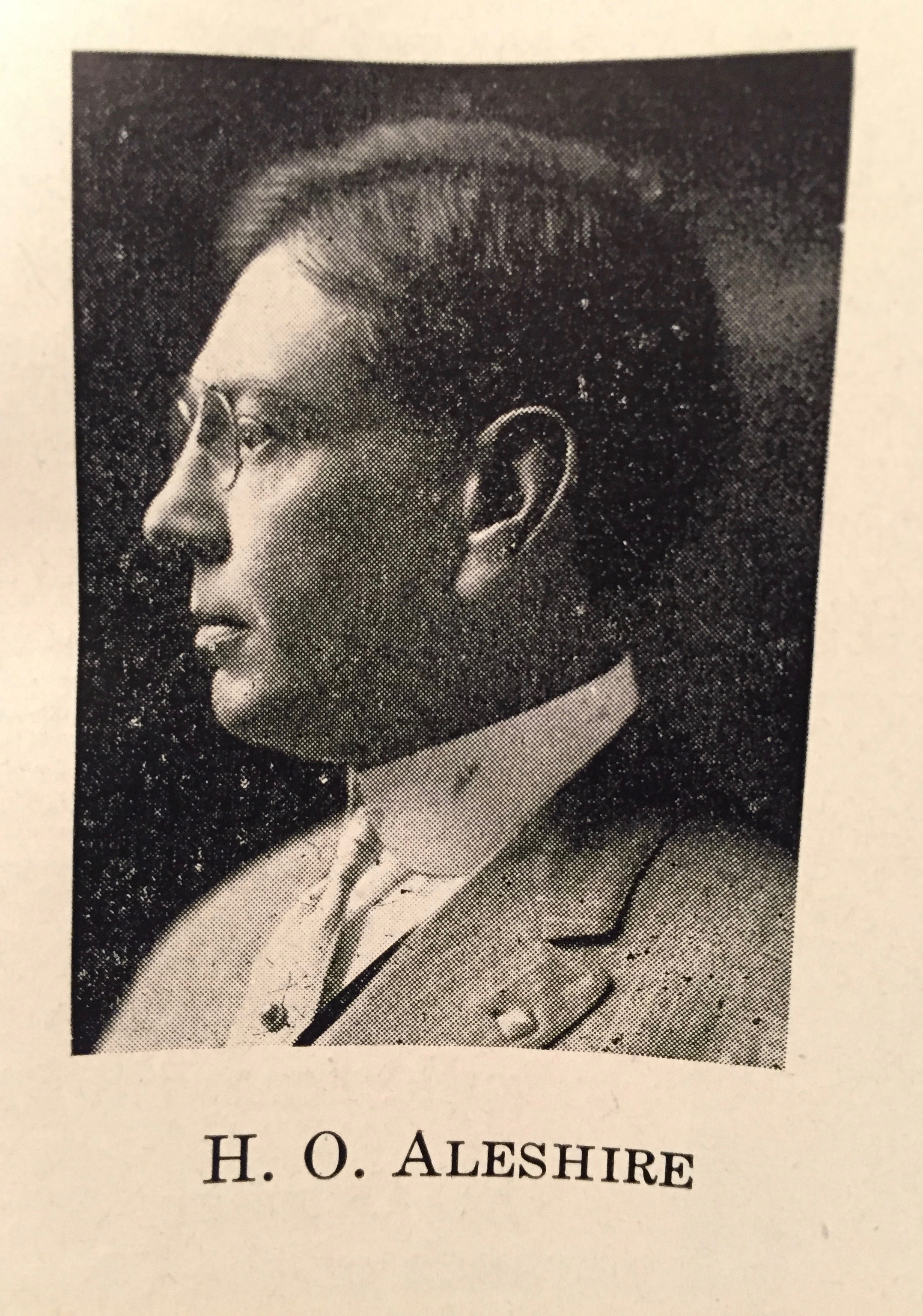 Photo of the building when it housed Cole Optical in the 1940s, photo courtesy of David Smith. 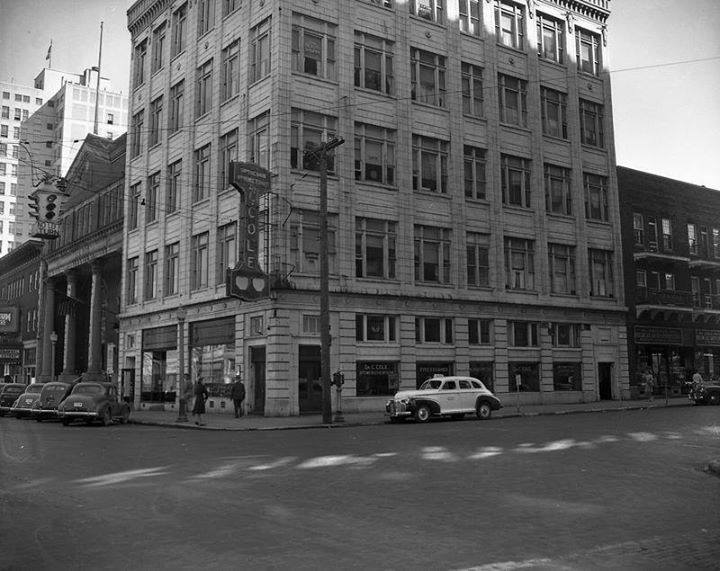 Photo of the building when it housed the Style Shop, photo courtesy of David Smith. 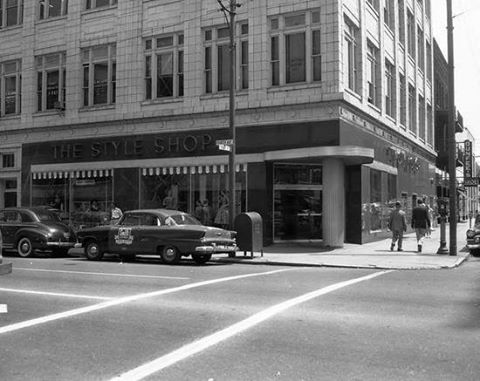 Circa 1915 postcard of 4th Avenue looking west, with the white Day and Night Bank visible on the left. Courtesy of Marshall University Special Collections. 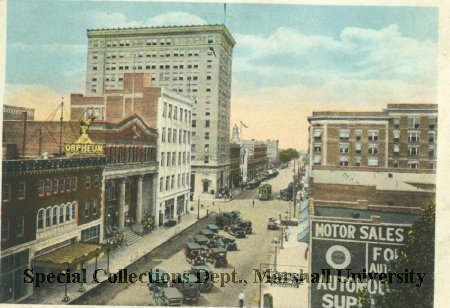 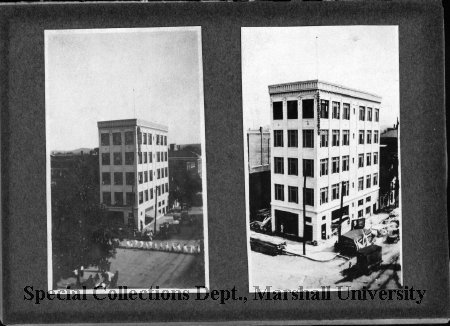 The building that housed the Day and Night Bank was constructed in 1903. Businessman John W. Valentine originally operated a store on the first floor, with various professionals occupying the upper floor spaces. The First Trust Company and Savings Bank leased the first floor in 1905 until it was acquired by the First National Bank of Huntington in 1912. The newly-formed Day and Night Bank then took over its lease before opening officially on March 25 of that year. The Day and Night Bank was capitalized at $50,000 and was backed by businessmen of the city. The first president of the bank was F.L. Whitaker and its vice-president was Frank Enslow, Jr. The cashier was Henry O. Aleshire, a well-known Huntington banker and former official of the First Trust Company.

At the time of its operation, banking was a lucrative pursuit in Huntington. Located near the coal companies and other businesses of downtown, institutions like the First National Bank of Huntington and the Union Bank and Trust Company were pivotal in the city’s development as a financial center for the region. The Day and Night bank aimed to set itself apart from the other, older banks in the area by maintaining longer hours than its competitors: the Day and Night Bank would open at 9 A.M. and close at 10 P.M. on weekdays, and remain open an additional hour in the evenings on Saturdays and on paydays. At the time, it was rare for banks to stay open past the middle of the afternoon. By remaining open into the evening, the Day and Night Bank would appeal to customers whose schedules prevented them from doing business during normal bankers’ hours.

The Day and Night Bank quickly proved successful. Within its first year, it gained 5000 depositors and total assets of $226,000. Much of the young bank's success could be attributed to its extended hours, which allowed it to develop an esteemed and loyal patronage. When Whitaker retired as president of the bank on January 13, 1914, Enslow assumed his role. The Day and Night Bank had a relatively short lifespan, however. In 1919, its assets were taken over by the Huntington National Bank and it was officially closed.

Since the closing of the Day and Night Bank, the building’s first floor has housed several other businesses. Cole Optical occupied the first floor in the 1940s. In the 1950s, the Style Shop replaced the optical store after its original location across 4th Avenue had burned down. At this time, the building came to be known as the Ritter Building. As a popular source for women’s fashion in the downtown shopping district, the Style Shop remained in business at this location until the late 1970s, when it was replaced by a Burger King. The Burger King operated there for ten years before it was replaced by an nTelos telecommunications store, which subsequently closed. As of 2019, the building remains vacant.

Facebook group, 'Huntington WV You Grew Up in H-Town If...' that gives information on businesses housed in the Day & Night Bank building after it closed.