This Beaux Arts style building was constructed in 1909 to serve as the hall for Huntington's Elks Lodge 313. The Benevolent and Protective Order of the Elks is a nationwide fraternal organization founded in 1868 to promote patriotism and support charitable causes, including assistance for veterans and youth. The Huntington lodge was organized in 1895 and has a long history of charitable and community involvement in the area. The lodge hall on Fourth Avenue contained recreational facilities, a meeting room, and a restaurant. A decline in membership and mounting building expenses caused the lodge to sell their hall in 2017. It underwent a $1.5 million dollar renovation and opened in 2018 as a luxury apartment complex known as Elk's Luxury Lofts. The building is listed on the National Register of Historic Places as part of the Downtown Huntington Historic District.

The front of the Elks Lodge. 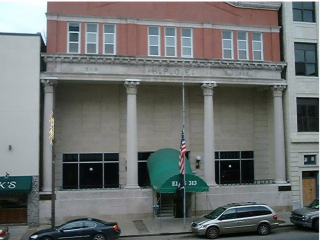 Elks Lodge in the Middle. 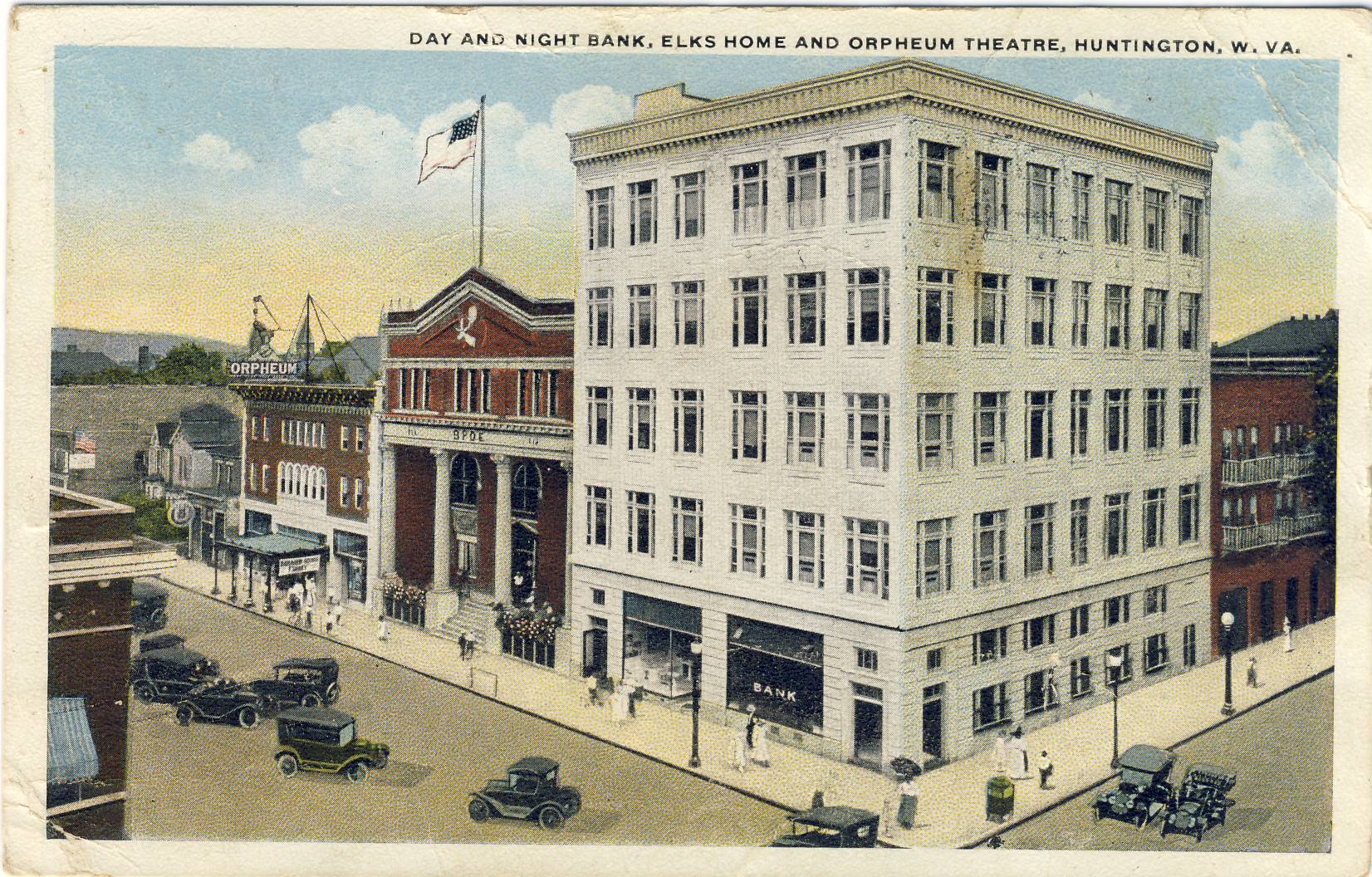 The Benevolent and Protective Order of the Elks originated with a British entertainer named Charles Vivian who traveled to New York City in 1867 to pursue his music career. Vivian connected with other entertainers in the city and they formed and informal social and drinking club called the Jolly Corks. After one of their members died and left a family behind with no means of support, the group decided to devote their energy to helping the needy. The Elks Lodge was formally established on February 16, 1868 and over the years lodges sprung up in many major cities. Historically the Elks have worked to promote patriotism, support impoverished or homeless veterans, and organize youth athletic programs. Huntington’s Elk Lodge engages in a variety of community and charitable programs including flag retirement ceremonies and fundraising dinners for veterans.

Elks Lodge 313 was established in Huntington on January 1, 1895. For the first decade the lodge moved among locations until plans were made to create a permanent building. Construction of the lodge hall on Fourth Avenue began in 1909 and was completed within a year at a cost of $50,000. It opened for use in a ceremony on January 1, 1910 that was attended by 1,000 people and included a dance and a cannon salute. The three-story stone structure was designed in the Beaux Arts style by local architect and lodge member William B. Smith and included features such as tall Corinthian columns. The building contained a public restaurant in the basement; offices and a reading room on the first floor; the lodge meeting room on the second floor; and a ballroom on the third floor. The lodge hall underwent a $250,000 renovation in 1957; Elks membership peaked at this time with around 2,000 members.

By the 2010s the Elk Lodge in Huntington had declined to fewer than 500 members. The basement restaurant closed and building maintenance became too expensive for the lodge to handle. In 2017 the lodge sold their hall to B&D Realty for $275,000. The company proceeded with a $1.5 million project to remodel the building into luxury housing. Several buildings behind the hall were demolished to make room for a parking lot, and the three floors were converted into nine apartments. Because of the building’s historic status, the company worked to preserve the exterior and some of the original architectural elements. The third floor retains the original flooring as well. The apartment complex, named the Elk’s Luxury Lofts, opened to tenants in late 2018. Huntington’s Elks Lodge 313 remains in operation at an alternate location.