Although it was not the first, the flooding of the Ohio River in January of 1937 is the worst recorded flooding of the river in history. This flood drove millions from their homes along the Ohio River Valley and claimed nearly 400 lives. The flood was caused by the thawing of the Ohio River combined with 19 days of pouring rain. The total cost of damages in 1937 was estimated to be $500 million, and today that would be inflated to $7 billion. A flood wall was constructed by the Huntington District U.S. Army Corps of Engineers after this devastating flood. The flood wall has not had to have been fully closed since it's construction.

Construction of the wall 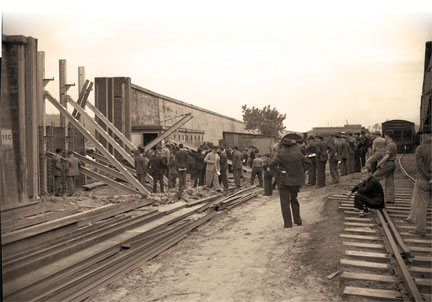 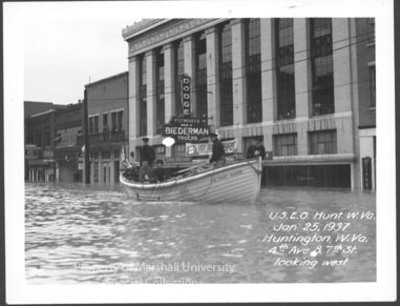 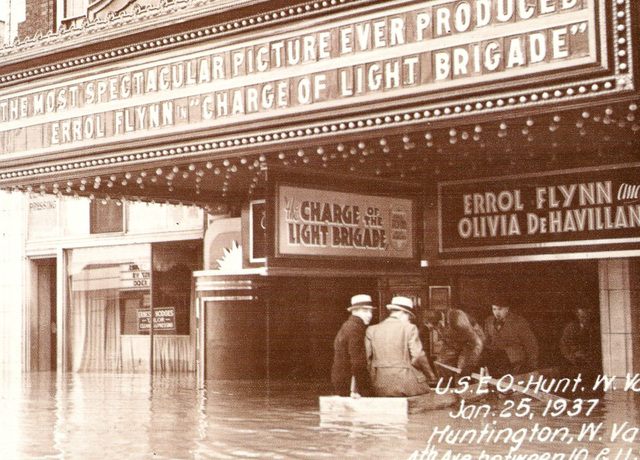 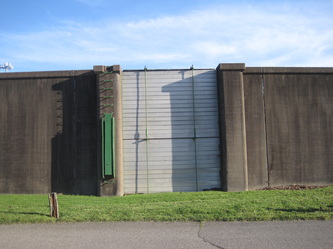 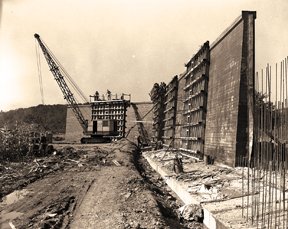 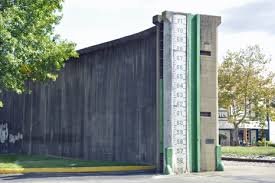 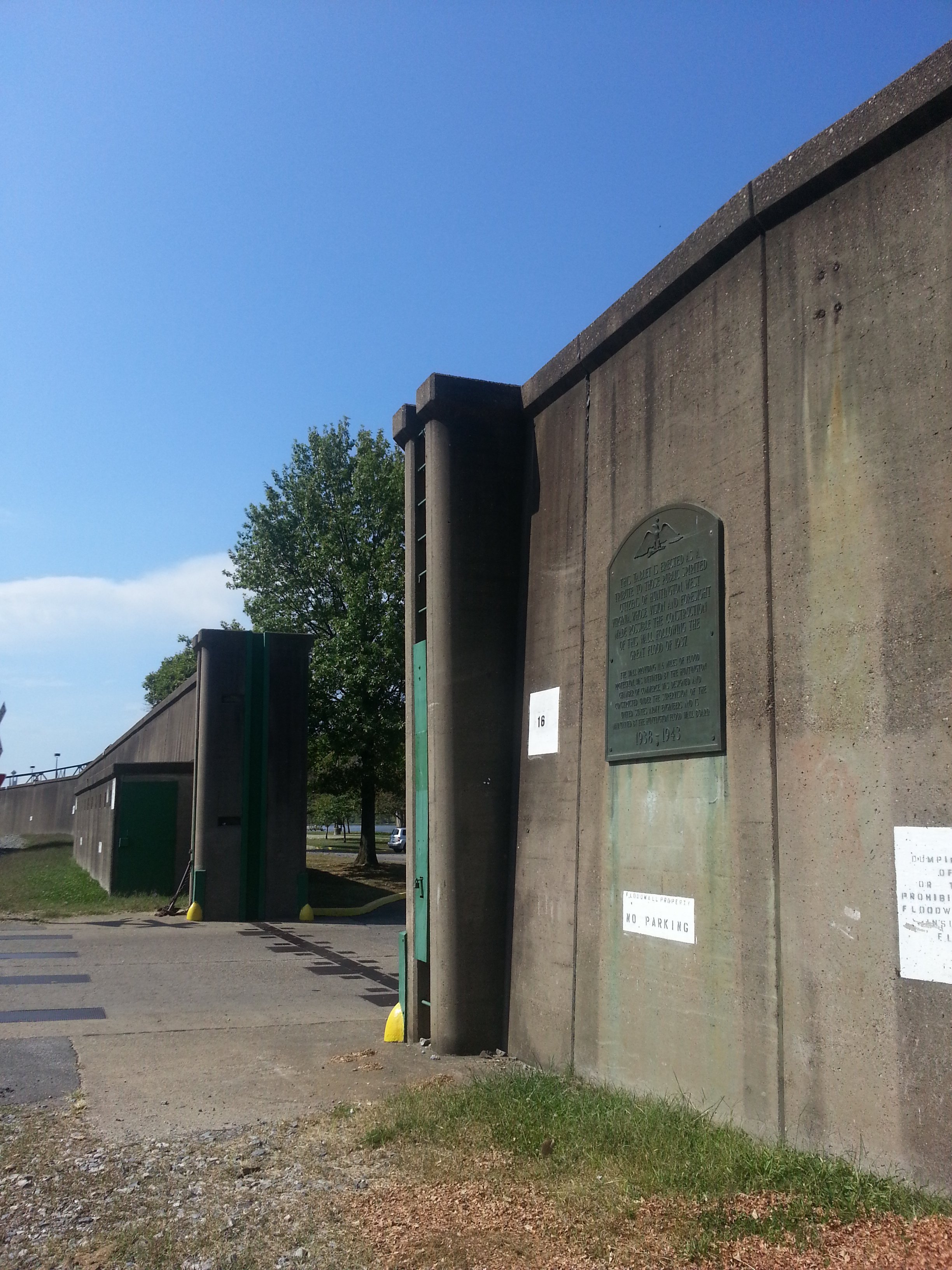 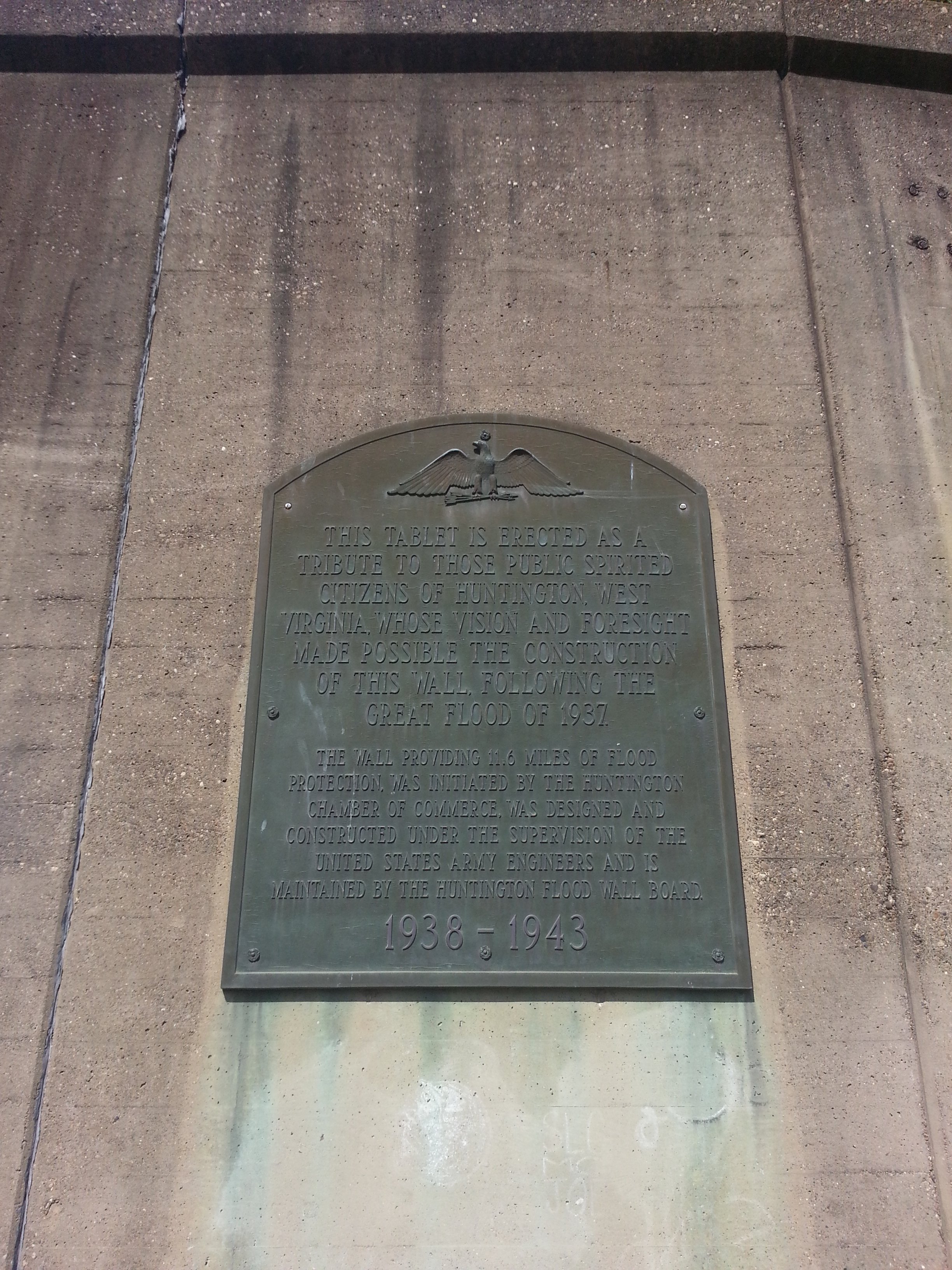 Listen to a narration of this entry's description by Clio Admin.

The early settlers along the Ohio River claimed that the river had very drastic changes, as one day it could be a mile wide and a foot deep, and then it would rise quickly and dramatically with the rain. In January of 1936, the Ohio River crested at 55.2 feet in Wheeling, fifteen feet above flood level, making it the worst flooding of the Ohio River to date. The Wheeling Island was completely submerged in this flood and all residents of the Island were evacuated. During the 1937 flood the Ohio River in Wheeling only crested at 47 feet, however, it still managed to cover most of the city. In Parkersburg, the Ohio River crested at 55 feet, but the police and fire departments still worked even though they had to travel by boat. Huntington, WV was hit the hardest by the flood of 1937; the Ohio River crested at 69 feet, which was 19 feet above flood level. Downtown Huntington businesses were forced to close for two weeks, and drinking water was hard to come by. Five people were found dead after the waters receded, and many businesses and houses were left in ruins.

Collis P. Huntington chose the land that is now Huntington to expand his railroad ventures so that the railroad and steamboat industries could become one. Collis P. Huntington’s selection was extremely successful, however, the town was flooded by the Ohio River almost every year. When Huntington was first developing and the Ohio would rise and recede, the people would quietly clean up the mess and go about their business, but no one was prepared for the flood of 1937. January of 1937 was unusually warm, and the thawing of the Ohio along with 19 days of rain caused the waters to rise to the worst levels in recorded history. First responders, volunteers, and the U.S. Army Corps of Engineers traveled around downtown Huntington in rowboats when the waters crested 19 feet above flood level to help assist people to nearby relief centers.

This devastating flood resulted in the creating of the Huntington Flood Wall, built by the Huntington District U.S. Army Corps of Engineers, and the wall has since protected Huntington from an estimated $238.8 million of flood damages. The Huntington Chamber of Commerce president, Col. Joseph H. Long pioneered the efforts for the creation of the flood wall and fought for the wall all the way to the West Virginia Supreme Court. Huntington City Engineer John S. Gillespie traveled to Washington D.C on June 15th to urge Congress to provide the Ohio River Valley with future protection from potential flooding. Chief of Engineers Edward Markham presented to the House Committee on Flood Control and showed them pictures of the flood in Huntington, and also provided statistics on past floods and how local businesses have suffered. Congress approved the flood wall on the terms that they would supply the wall if Huntington supplied the land. Huntington City Council sold bonds to finance the land acquisition, and then repaid the bond money with a new “floodwall tax” that was levied on all property the wall would protect. Cabell County Circuit Court tried to fight the new taxation, but the West Virginia Supreme Court upheld the decision.

The Flood Wall was built in three phases: Huntington, Westmoreland, and Guyandotte. The Huntington flood was started construction on August 1st, 1938, and was completed in early 1940. The flood wall was the only project of the Corps to not be halted and postponed due to World War II. This was because the flood wall was to protect the International Nickel Co. that was supplying materials vital to the Manhattan Project. The flood wall was fully complete in 1943, and a bronze plaque was placed at the entrance of the 10th Street gate.