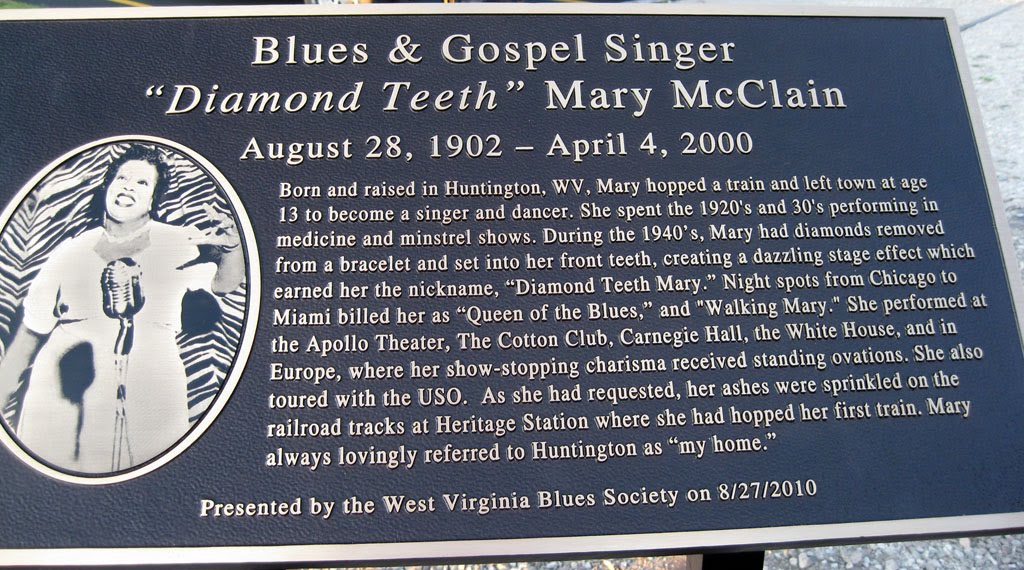 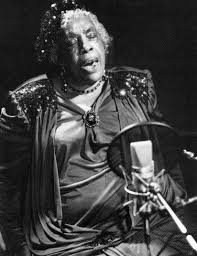 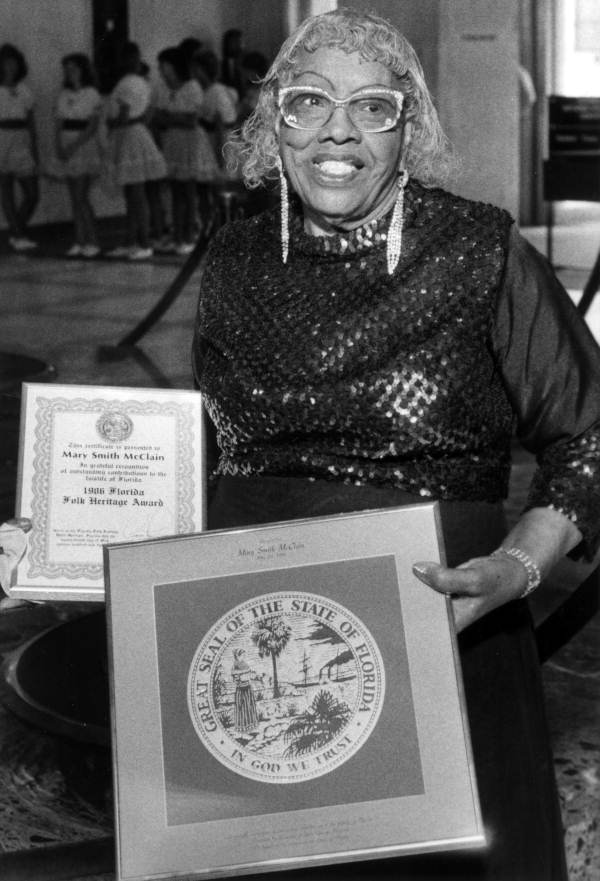 On August 27, 1902, Mary Smith was born in Huntington, West Virginia. At 13, desperate to escape beatings from her stepmother, she disguised herself as a boy, hopped a train and began performing in the circus. Throughout the 1920s and 1930s, she performed in medicine and minstrel shows. In the 1940s, she took the name “Diamond Teeth Mary” when she had diamonds from a bracelet implanted in her front teeth. Mary's half-sister was the famous blues singer Bessie Smith, and the two were later reunited and performed together for a short time.

In 1937, Mary watched helplessly as Smith died while in a waiting room of a hospital. Tragedy would strike again in the late 1940s when Mary had the diamonds removed from her teeth to help pay for the expenses of her dying step-mother. McClain's decision to use the diamonds in this manner reflects the difficult path of her early life and her desire to acknowledge her past. According to interviews with McClain, the diamonds came from a bracelet she stole from her stepmother when she left Huntington.

Over the years, McClain shared the stage with such well-known performers as Billie Holiday, Sarah Vaughan, Big Mama Thornton, Ray Charles, Duke Ellington, and her half-sister Bessie Smith. In 1960, she settled in Bradenton, Florida, and married Clifford McClain, where she became a popular gospel singer. It wasn’t until Mary was 91 that she issued her first recording, “If I Can’t Sell It, I’m Gonna Sit Down On It,” and in 1983, she was featured in the documentary Free Show Tonight.

McClain was one of the first recipients of the Florida Heritage Award, and a play about her life premiered at the 2000 Florida Folk Festival. She continued to perform until her death in 2000, appearing at regional blues festivals. At her request, her ashes were sprinkled on the railroad tracks at Huntington, where she hopped her first train. She was inducted into the West Virginia Music Hall of Fame in 2011.

The Diamond Teeth Mary Blues & Arts Festival is held annually at Heritage Station in Huntington. McClain was inducted into the West Virginia Music Hall of Fame in 2011. Some of her gowns are in the Florida State Museum and the Memphis Blues Museum.