Huntington's Burdick-Homrich Building was constructed around 1915 and built at the site of one of the city’s oldest businesses, C.F. Reuschlein’s Jewelry Store. The jewelry business was established by Harry J. Homrich in 1892. The building later housed The Princess Shop, a women’s clothing retailer established in 1921 by David H. Goldberg. Over the years, The Princess Shop became one of downtown Huntington’s leading retailers and played a role in shaping the career of Verna K. Gibson, the first female president of a Fortune 500 company. After The Princess Shop relocated in 1969, the Burdick-Homrich Building went through a succession of owners and this downtown space was often unoccupied. In 2005 the building was purchased and restored by Dr. Joseph B. Touma. Today, the building’s ground floor is home to Huntington's Kitchen, an educational kitchen classroom. Touma’s real estate offices occupy the second floor.

Looking east on Third Avenue, one can see the clock from Seth Thomas Clock Company, which stood outside of C.F. Reuschlein Jewelers 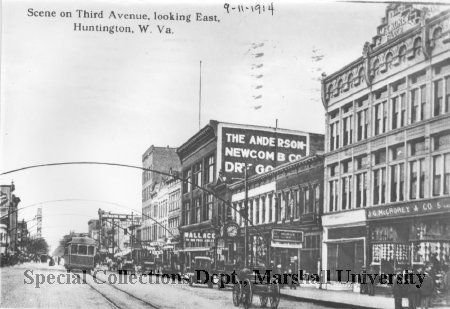 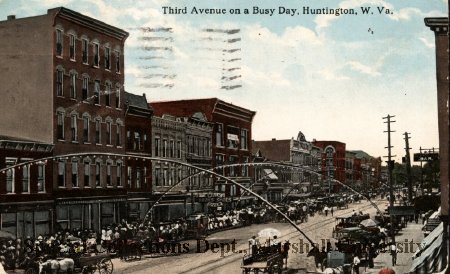 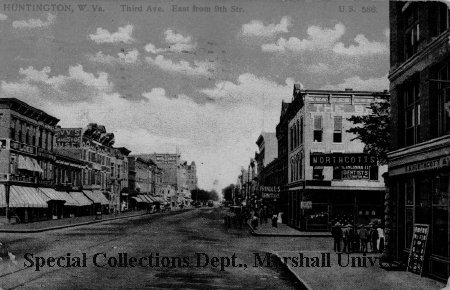 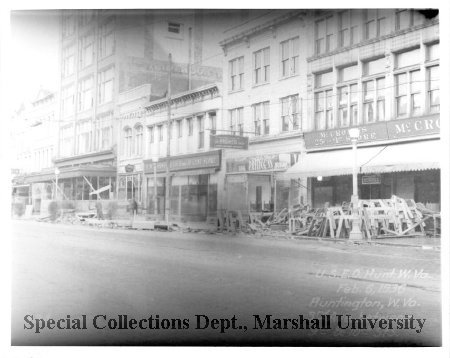 The Princess Shop during the flood of 1937 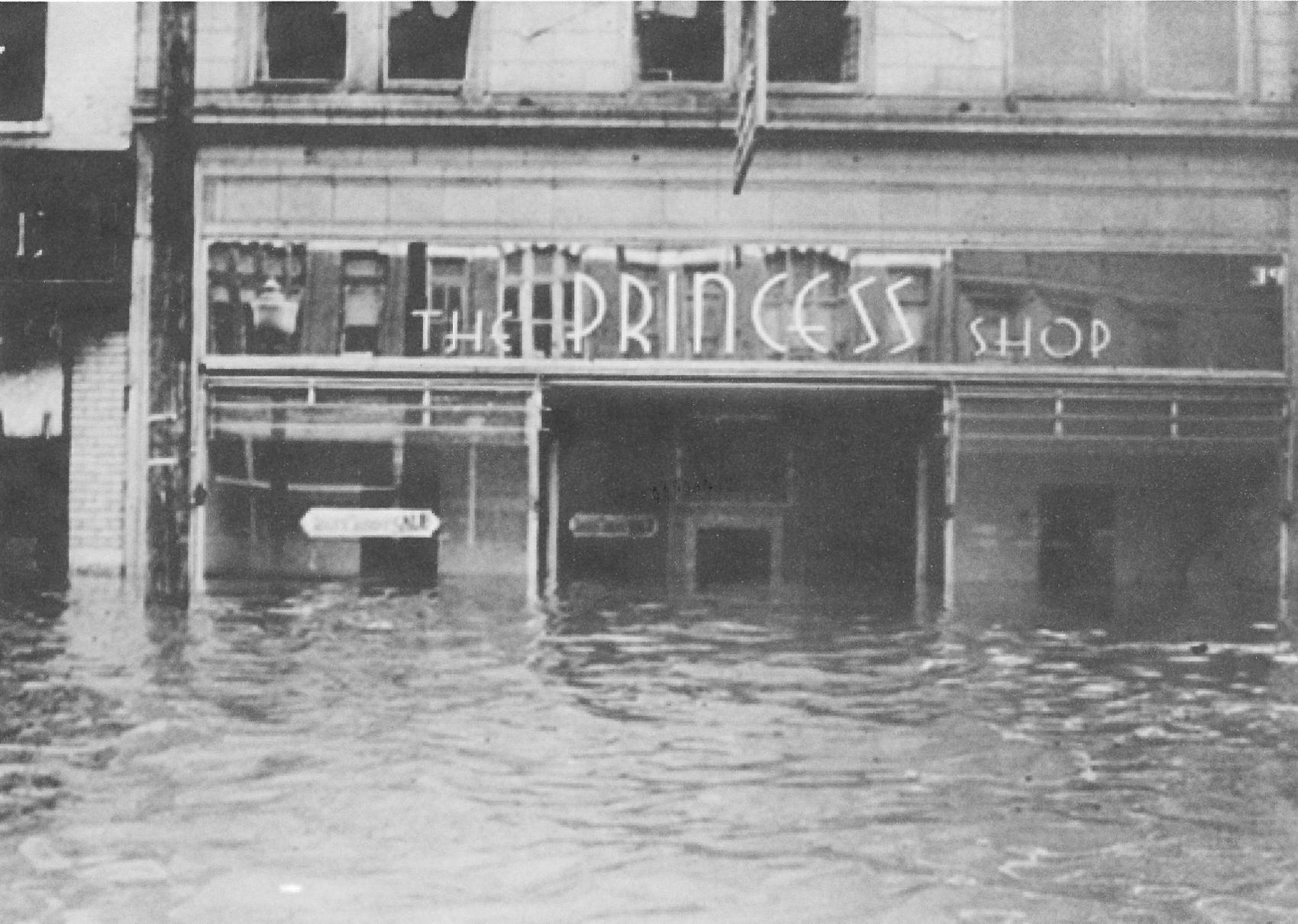 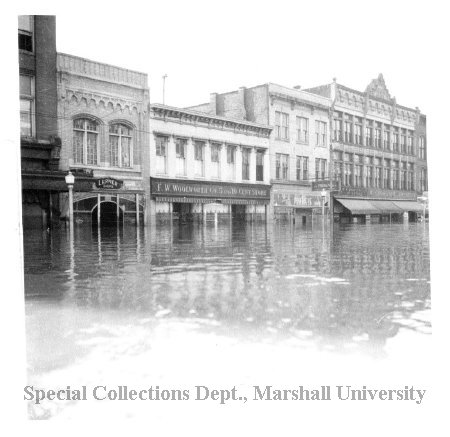 Christmas shoppers outside of The Princess Shop, 1930s-1940s 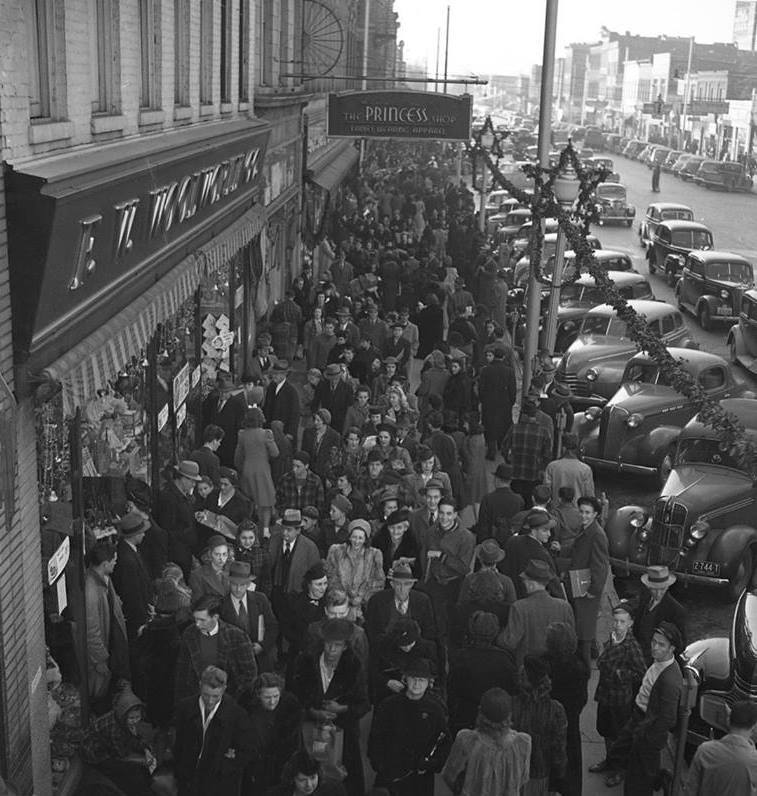 The Princess Shop at its second location, circa 1970s 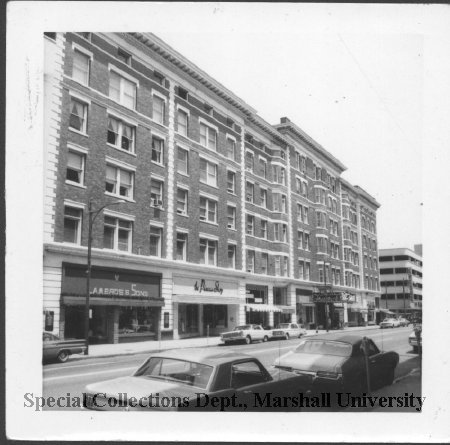 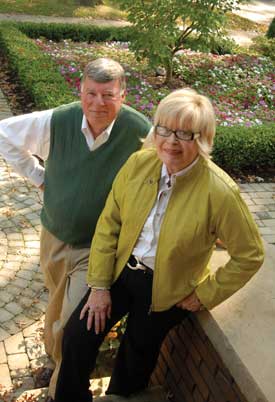 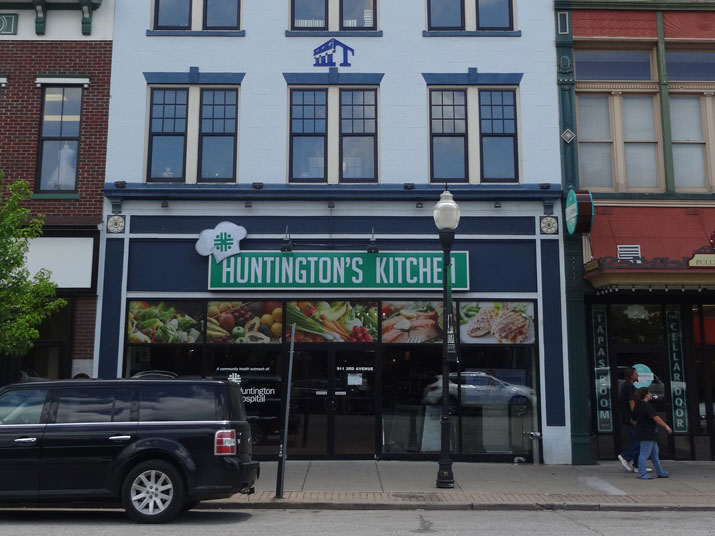 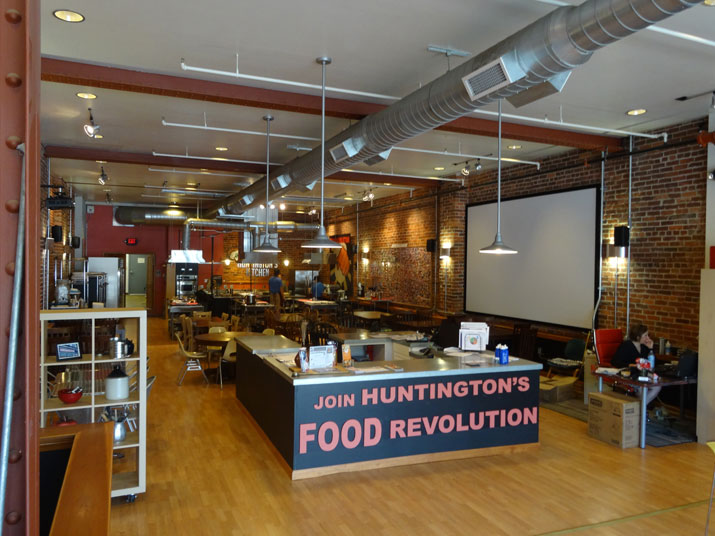 The site of the Burdick-Homrich Building was originally the location of one of Huntington’s earliest businesses, C.F. Reuschlein Jewelers. The jewelry store’s origins can be traced to 1891, when Harry J. Homrich came to Huntington from Martinsburg, West Virginia. He founded Homrich Jewelers the following year. At the time, Huntington was a small but growing city whose economy depended on the C&O Railway and commerce along the Ohio River. As the city’s industrial and mercantile significance grew, new businesses like jewelry stores were established to serve Huntington’s population. In 1903, a decade after Homrich Jewelers was established, Charles F. Reuschlein moved to Huntington from Cumberland, MD and joined the business. Due to the success of the store, Homerich and Reuschlein moved their business to 316 Ninth Street around 1914. Reuschlein took over the business in 1931 when Homerich retired, and renamed the store to its current title in 1947.

The Burdick-Homrich Building was constructed around 1915. A three-story building with a flat roof, the structure was designed in the Commercial Style that was popular between 1890 and 1920, with large pane windows on the ground floor and a flat roof. The building soon became home to The Princess Shop, a women’s clothing retailer established in 1921 by David H. Goldberg. Goldberg moved his business to the Burdick-Homerich Building in 1927 after it had outgrown its original space. The Princess Shop remained at this location for decades and rapidly became a fixture of downtown Huntington’s shopping scene. It was the first retailer in West Virginia to install fluorescent lighting, and it also had cold storage upstairs in which women could store their furs during the warmer months. Like other businesses along Third Avenue, the shop was inundated during the historic flood of 1937. In 1956, its interior and exterior were thoroughly remodeled, before it moved to a new location at 926 Fourth Avenue in 1969. After sixty years in downtown Huntington, the store closed its doors in 1981 due to the ailing local economy and competition from the Huntington Mall in Barboursville.

Along with being a beloved downtown business for decades, The Princess Shop was where Verna K. Gibson, the first woman to become president of a Fortune 500 company, got her start in retailing. Originally from the rural community of Elkview, West Virginia, Gibson began attending Marshall in 1960. Although she had planned to study education, Gibson switched her major to the fashion/marketing retailing program after finding a part-time job at The Smart Shop, whose owners also ran The Princess Shop. In 1965, she began working as a buyer and merchandise manager of the two stores. The experience allowed Gibson to rise quickly through the ranks after she was hired by The Limited, Inc. in 1971. In 1985, she was named president and CEO of Limited Stores, thereby becoming the first female president of a Fortune 500 company, a position she held for six years.

After the Princess Shop relocated, the Burdick-Homrich Building sat vacant until it was purchased and restored by Dr. Joseph B. Touma in 2005. Touma came to Huntington in 1971, where he established a successful ENT practice and quickly became involved in the community. He admired the architectural legacy of downtown Huntington, and was saddened to see how many of its historic structures had been abandoned and left to deteriorate over time. In 1992, Dr. Touma began the process of restoring historic properties in downtown Huntington. Since that time, the Touma family has restored the Burdick-Homrich Building and nine other buildings. This historic downtown structure now houses the offices of Touma Real Estate Holdings on its second floor, with Huntington’s Kitchen occupying the ground floor. Originally founded during the production of Jamie Oliver's Food Revolution, Huntington’s Kitchen is an educational kitchen classroom operated by Cabell Huntington Hospital and the Marshall University Department of Dietetics.