These two spires on Ninth Street serve as a monument to the Huntington & Ohio Highway Bridge. Commonly known as the Sixth Street Bridge, it was constructed in 1925-1926 as the first and for many years the only bridge connecting Huntington to Ohio. There were originally four decorative spires atop the gothic style two-lane bridge. Each spire weighs two tons and is 11.2 feet high. The bridge was closed and demolished in 1995 following the construction of the replacement Robert C. Byrd Bridge. The spires were saved; two were placed on Ninth Street in 2007, while another was placed in Chesapeake, Ohio.

Postcard of the bridge in 1926 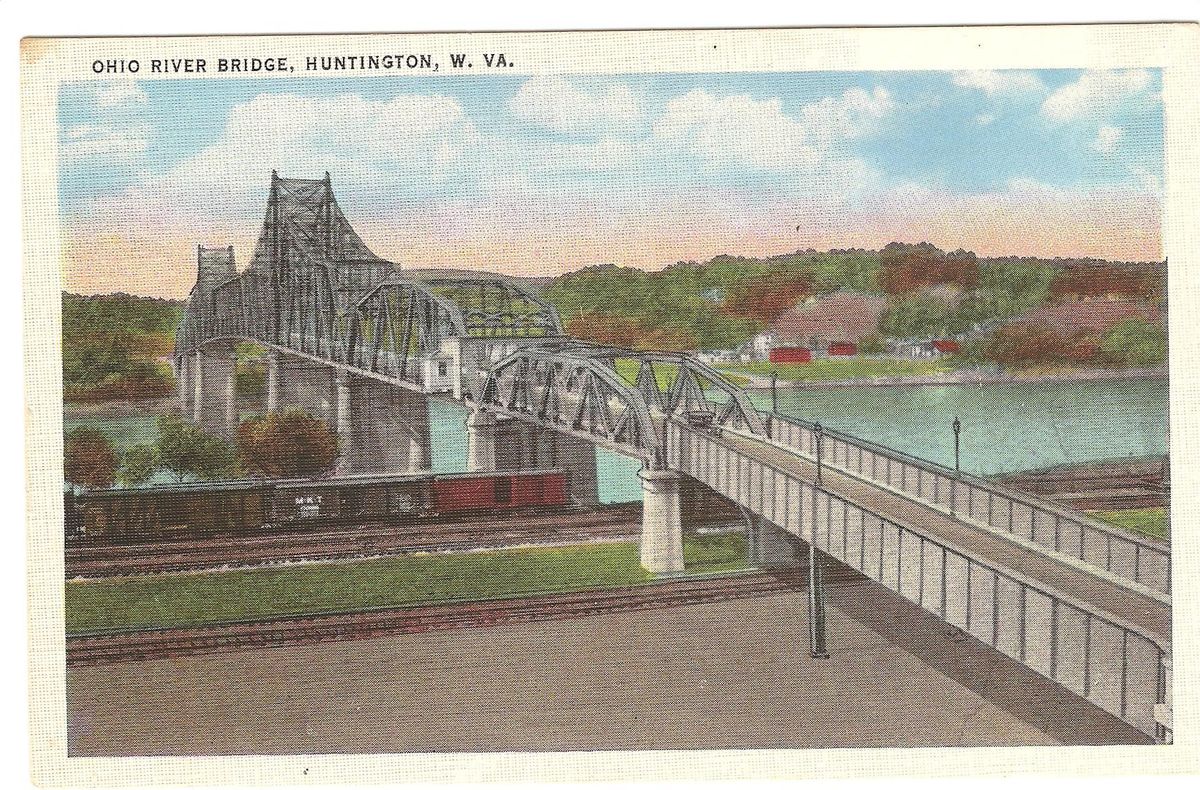 Photo of the demolition of the Sixth Street Bridge in 1994. Photo By Thomas L. Dillon 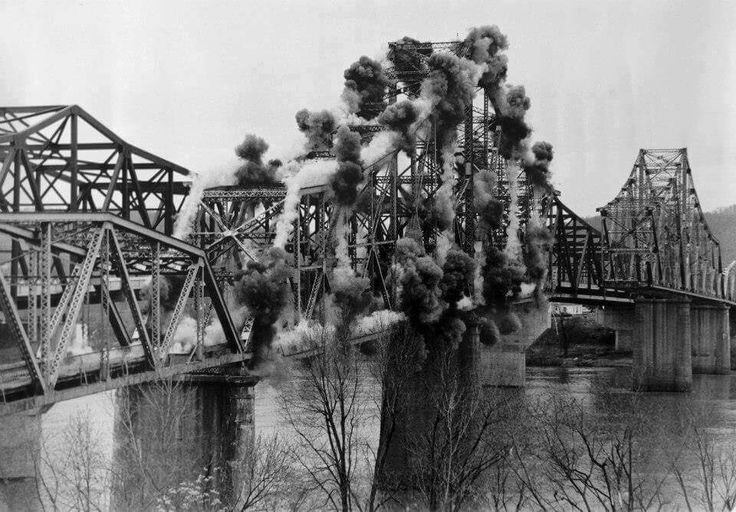 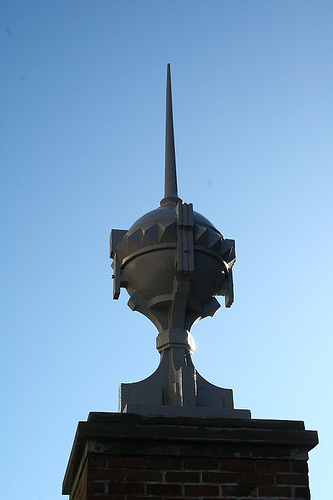 Two spires from the top of the bridge are on display at Ninth Street in Huntington. Another is located at the foot of the new bridge in Chesapeake, Ohio. 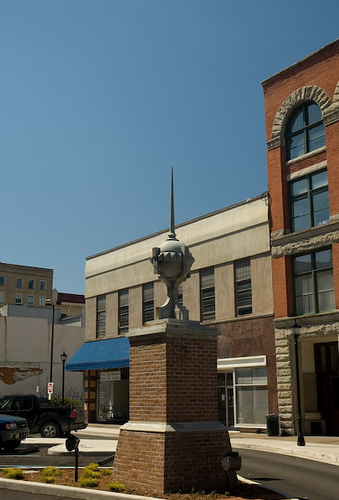 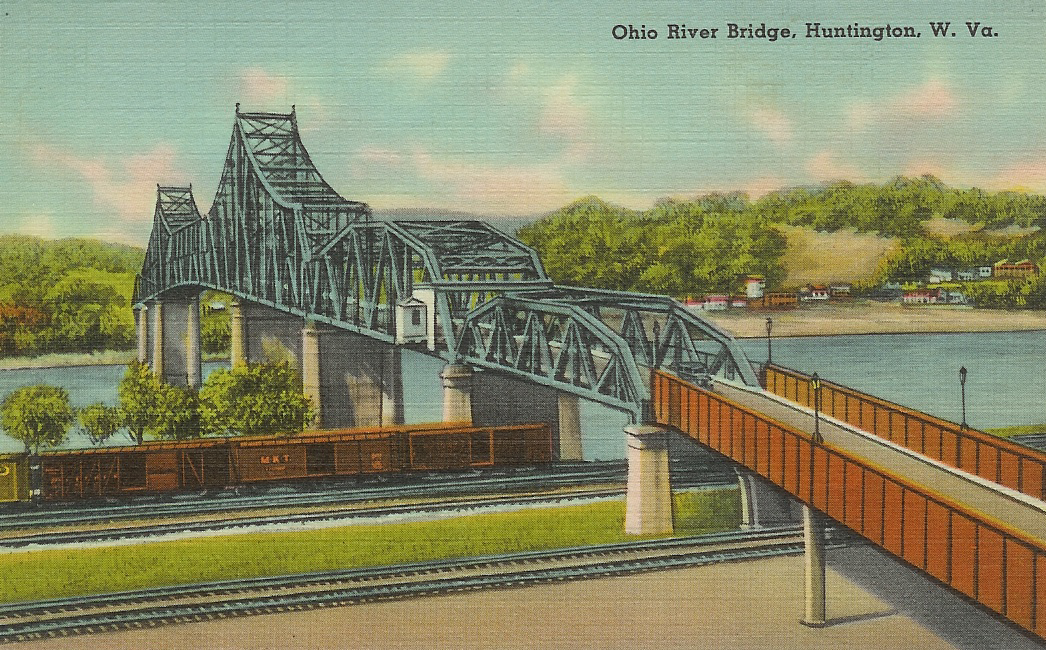 A surviving slab of concrete with the original bridge's dedication plaque is on display at Huntington's Heritage Station. Image courtesy of Steven Cody Straley. 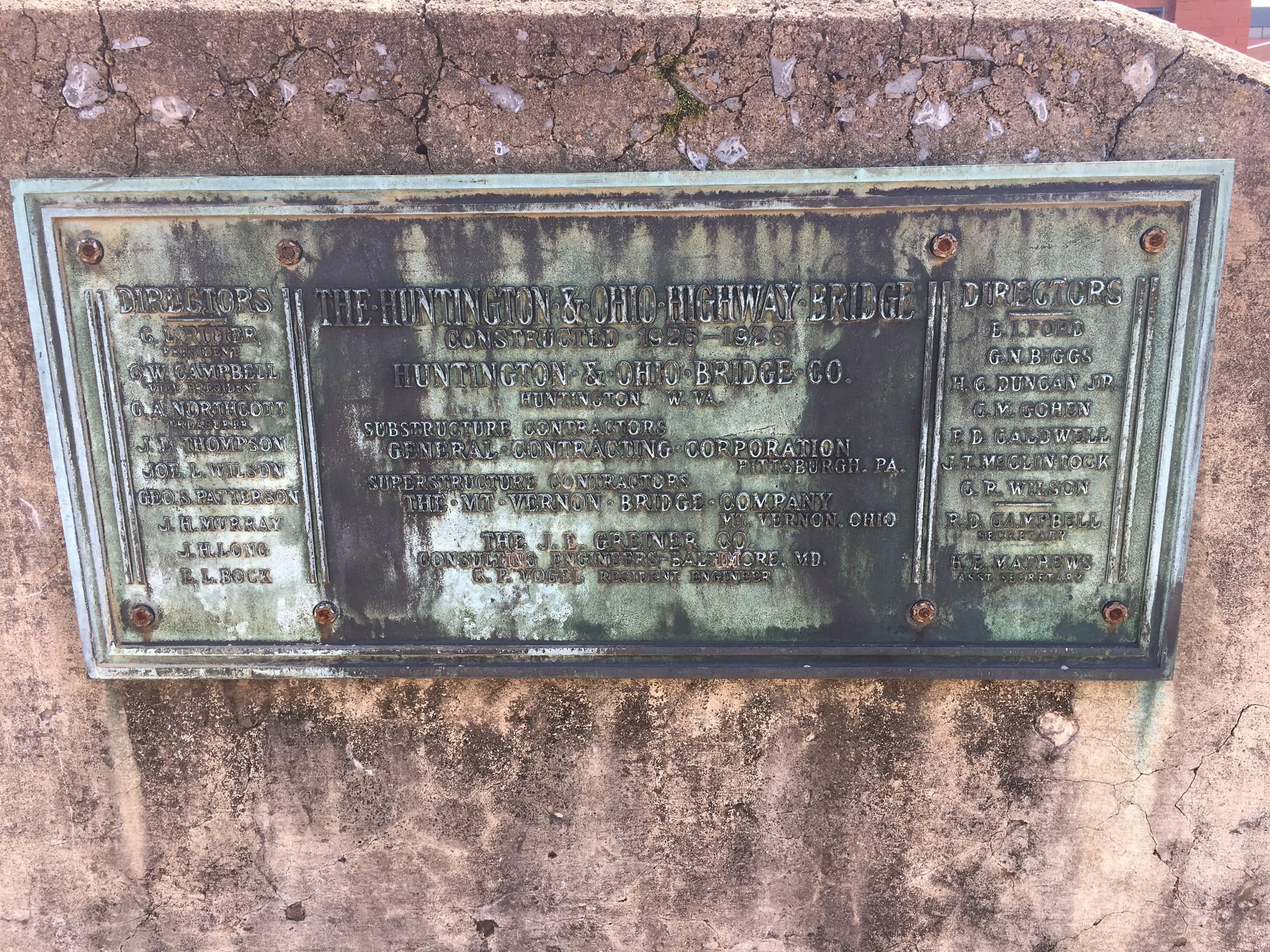 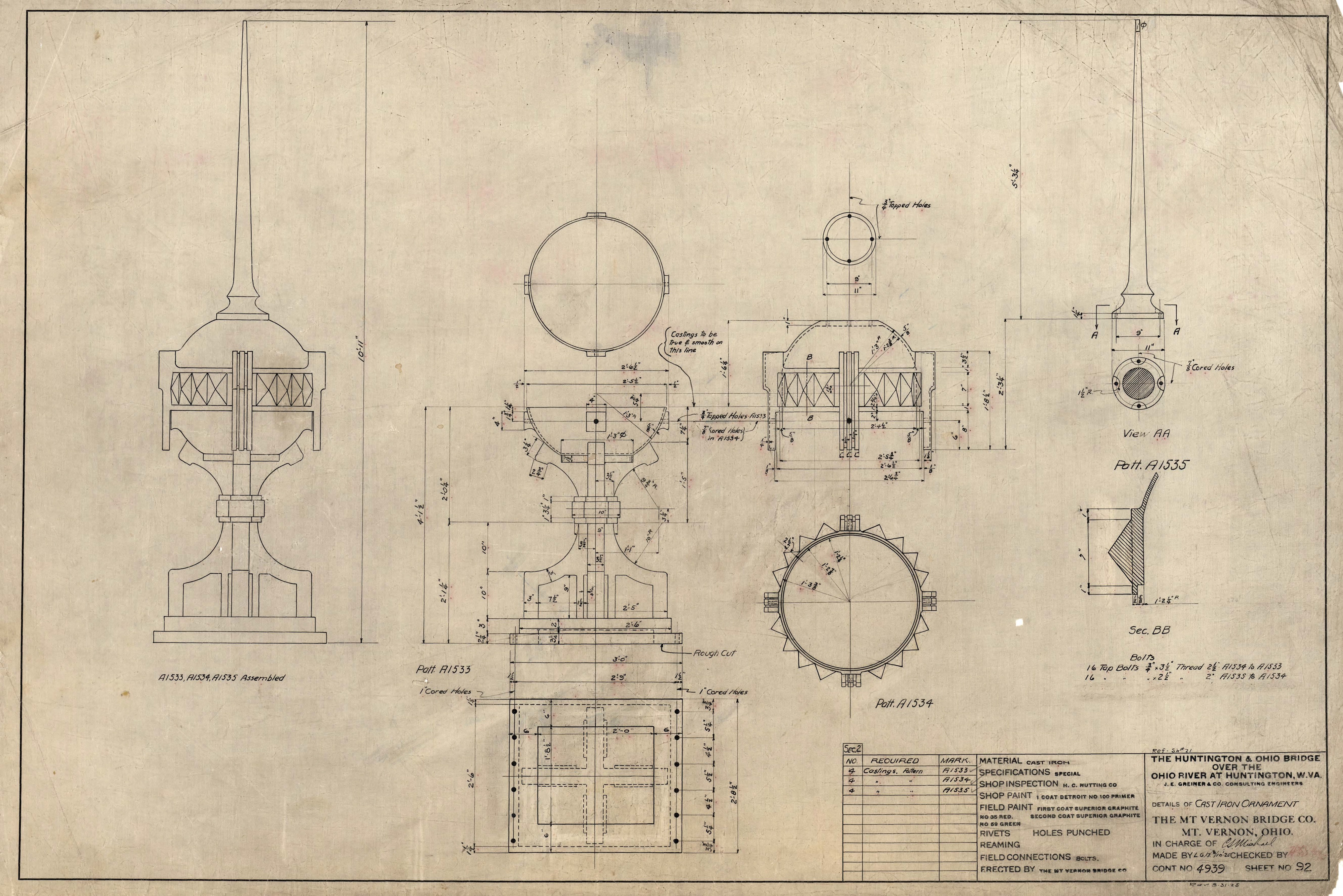 Public transportation from Huntington was originally quite difficult; the only method by which to cross the Ohio River was via ferry. Collis P. Huntington intended to construct a bridge crossing the river during construction of the city in the 1870s, and even bought land in Ohio for the bridge. For reasons uncertain, however, a bridge was not built for over fifty years after Huntington’s founding. Around 1925, prominent timber businessman Charles Lloyd Ritter assembled a group of other local business leaders to spearhead the construction of a bridge. Together they established the Huntington-Ohio Bridge Company and chose a site near 6th Street for the structure.

Construction of a two-lane bridge began in April 1925. It was designed by the J. E. Greiner Company of Baltimore, Maryland and built by both the General Contracting Corporation and the Mt. Vernon Bridge Company. Upon completion, the bridge stretched half a mile and featured several distinct spires on the tops. The structure, dubbed the Huntington & Ohio Highway Bridge, opened to the public on May 23, 1926 in a ceremony attended by 10,000 people. For decades travelers on the bridge were charged a toll; the fees were initially 25 cents for cars, $1 for trucks, and five cents for pedestrians. The Huntington-Ohio Bridge Company sold the bridge to Cabell County in 1940; in 1952 the county transferred ownership to the state after it was unable to pay for maintenance.

For many years the bridge was the only link connecting Huntington to Ohio. By the 1950s increasing amounts of automobiles were causing traffic jams at the bridge on a regular basis. In 1968 a second bridge was built at West 17th Street to help alleviate the congestion, but problems persisted. The aging bridge was deteriorating and there were not enough financial resources to keep up with repairs. The construction of a third bridge in the east end of Huntington rendered the original bridge obsolete, but it remained in use. In 1993 the old Sixth Street Bridge was closed for good when the new four-lane Robert C. Byrd Bridge was built next to it. The original bridge was demolished in a controlled explosion on February 2, 1995. The four spires from the top of the bridge were saved; two were placed on display at Ninth Street in Huntington in 2007, while one was placed in Chesapeake, Ohio.