Bailey’s Cafeteria earned a reputation as one of the best eateries in Huntington, West Virginia at the turn of the century. The popular restaurant was established in 1934 and remained open for six decades. To this day, many residents recall the restaurant with fondness, but prior to 1963, the restaurant was not open to all residents of the state. Members of the Civic Interest Progressives, a local civil rights organization established to challenge segregation, launched sit-in protests against Bailey's and several other Huntington restaurants in the spring of 1963. On May 1, 1963. The owners of Bailey’s Cafeteria then filed a court order against the protesters to stop the picketing in front of the restaurant. This attempt to use the courts to squelch the protest backfired and the more students and community members joined the protest. Hoping to end the demonstration, the owner reluctantly agreed to end segregation at Bailey’s. With this decision, several other restaurants followed suit and the Civic Interest Progressives focussed their efforts on the remaining establishments.

Bailey's Cafeteria, located on the east side 400 Block of 9th Street.

A head-on view of Bailey's Cafeteria, located on the east side 400 Block of 9th Street 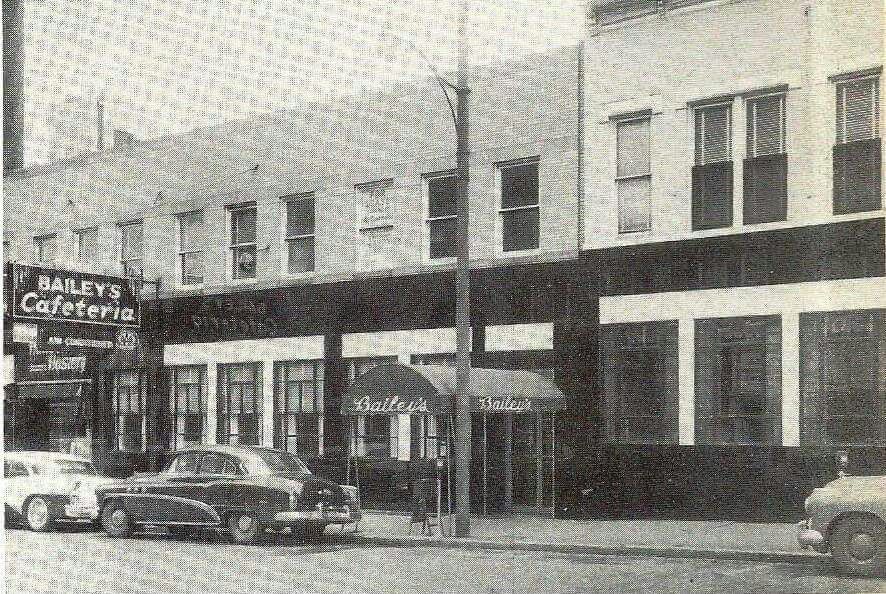 A photo of the inside of Bailey's Cafeteria, featuring all white customers. 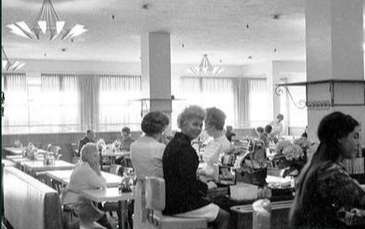 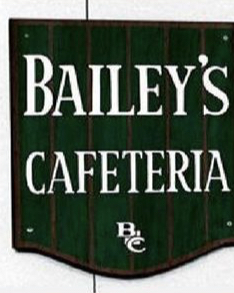 The picketing taking place outside of Bailey's on May 1, 1963. 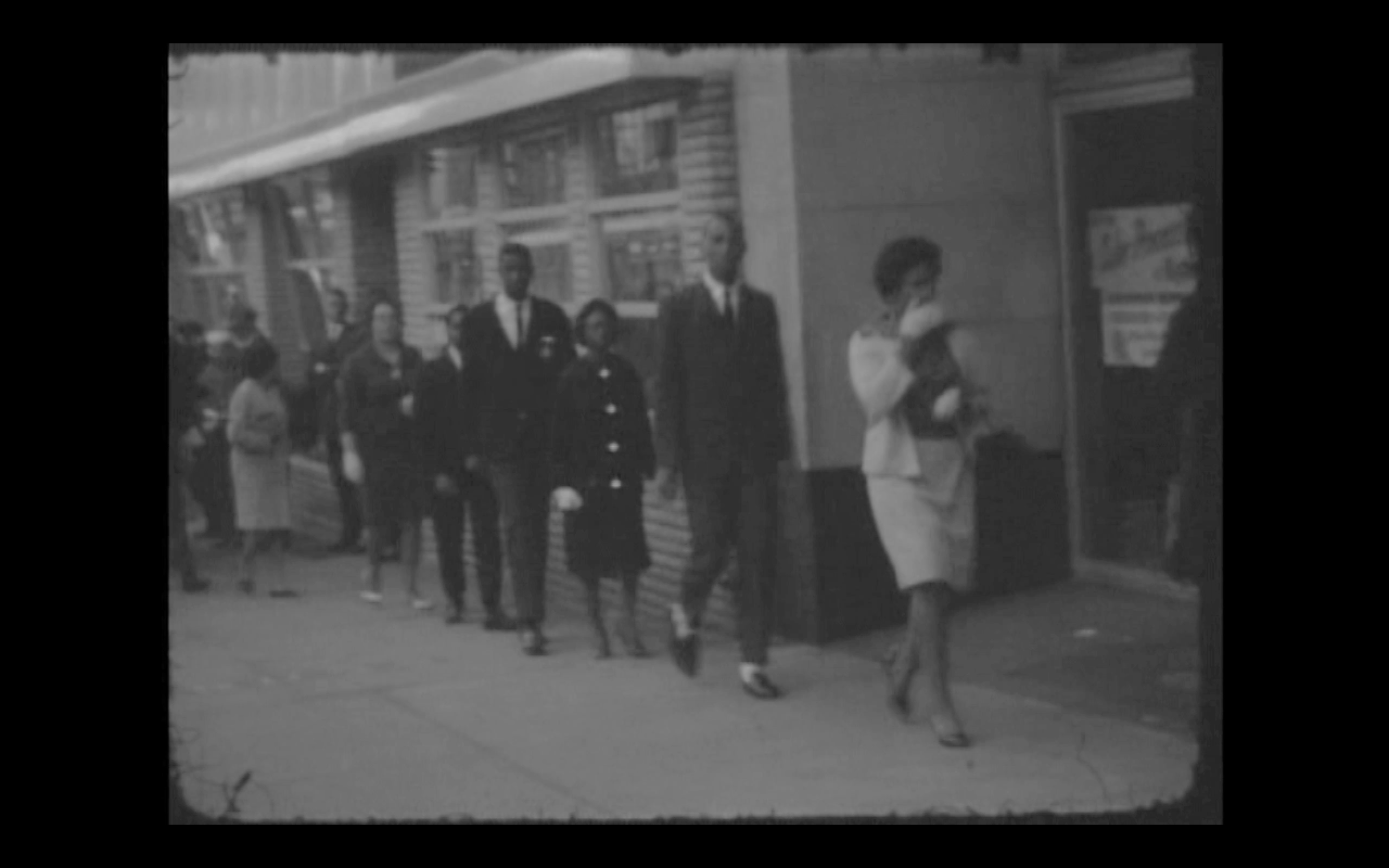 The guards blocking the door to keep Blacks from entering on May 1, 1963. 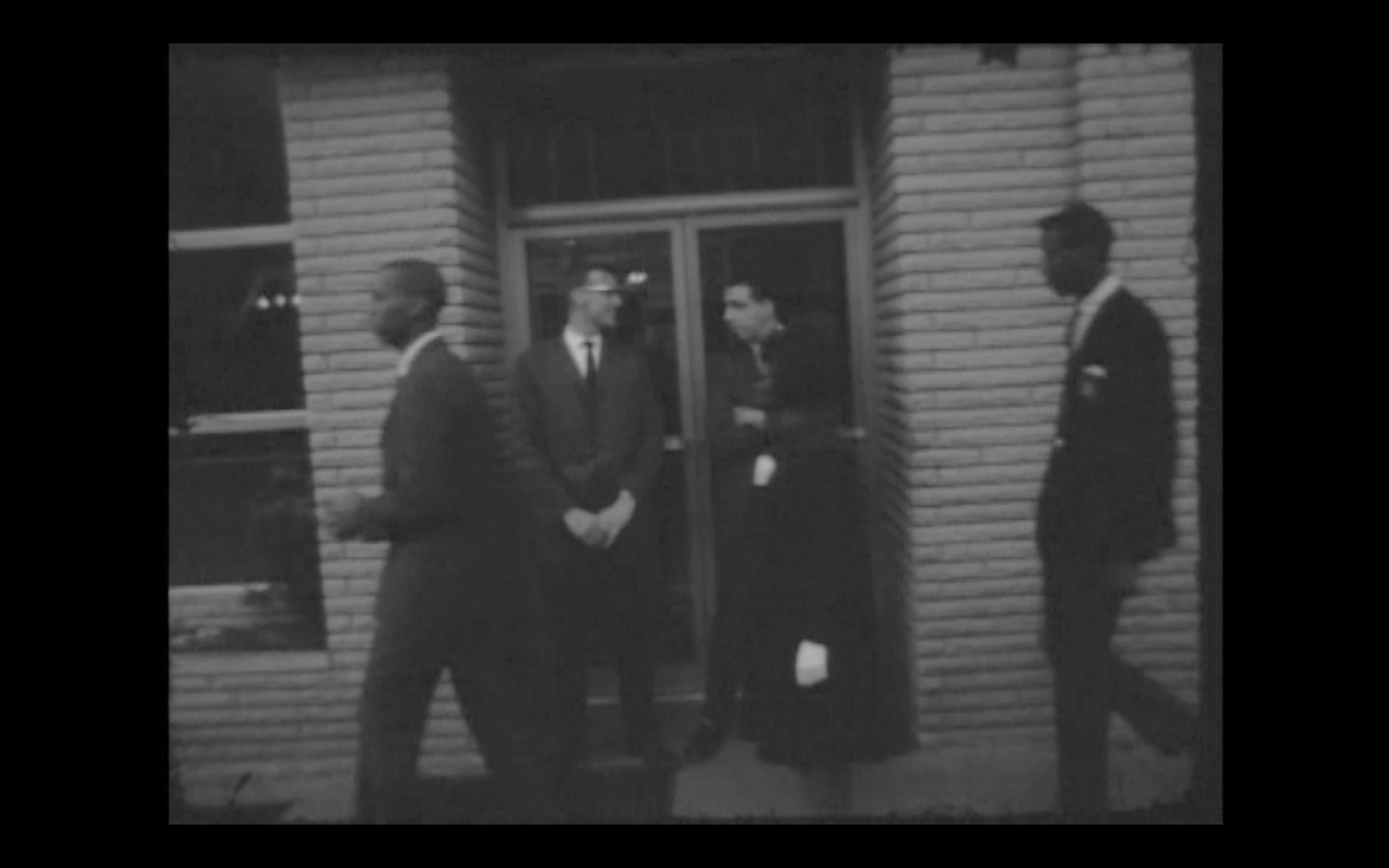 In 1934, Morris and Sadie Bailey opened Bailey’s Cafeteria in the basement of the Fifth Avenue Hotel. Shortly after opening, the couple moved the restaurant to a new location on the east side of the 400 block of 9th Street. In 1937, Bailey’s Cafeteria was among the hundreds of businesses that saw their establishment underwater in the great Ohio River Flood. They cleaned up the muddy mess and re-opened the restaurant and continued to serve the community for another six decades. The restaurant is fondly remembered by most residents of the city, but for nearly three decades, the establishment only allowed white patrons to sit inside. .

The Civic Interests Progressives (CIP) was established by a group of Marshall University students with the support of some of the leaders of the Black community of Huntington. The CIP tried to integrate the restaurant, but the manager, Floyd E. Walker, the nephew of Morris and Sadie Bailey, refused. Walker cited his belief that integration would hurt business because many of his regular customers would stop patronizing his restaurant.

On April 25, 1963, five Black and five white students planned and executed a well-choreographed protest at Bailey’s to demonstrate the injustice and the arbitrary nature of drawing the color line. The white students went in first, followed by the Blacks. Walker exclaimed that the restaurant would not serve Blacks, but they continued through the line anyway. They all sat together and the white students shared the food that they had been permitted to order. While previous demonstrations had resulted in no service and less disruption to the business, this unique and creative strategy placed the business owner in the position of either accepting integration or preventing his own paying customers from choosing what they did with the food that they had already paid for.

Eleven students were subpoenaed to appear in court on Saturday, May 4th. The judge asked Bailey’s Cafeteria to alter their request for a court order barring the students from protesting, claiming that their first draft was “insufficient,” and showed no evidence or need for an injunction. The new petition was submitted on May 8 and asserted that the student's actions would result in the loss of revenue for the business. Judge Hereford turned down the restaurant's appeal for an injunction on May 11th. The judge explained that the only way he could grant the injunction would be if the picketing resulted in damage or violence. Since the protests had been peaceful, the judge refused to issue an injunction. In a tense environment, the judge also took a position on the issue. Hereford stated that the real issue was one of race, and suggested that if his favorite place to eat was good for him, then it was good for Black residents as well.

Sensing the changes of the era and recognizing that the judge and police would not prevent the students from protesting segregation, Bailey’s Cafeteria finally agreed to stop segregation after a “two-week period of adjustment.” The end of the explicit color line did not mean the end of discrimination in Bailey's or other restaurants, but it did help accelerate the end of "whites only" policies in Huntington. The following year, the Civil Rights Act of 1964 outlawed segregation and future court cases upheld the federal law. Other cases upheld the rights of protesters, including a Supreme Court decision baring states and city's from interfering with peaceful sit-in demonstrations in places of public accommodation.

The victory against the owners of Bailey’s inspired the CIP to continue their protest at other restaurants that maintained the color line, including The White Pantry. Roba Quesenberry, the owner of this establishment, was notorious among the Black community. To compare the two restaurants, former Marshall Basketball player, Phil Carter, called The White Pantry “a greasy spoon,” and considered Bailey’s to be much more enjoyable because it served good food at an affordable price.

At the first sit-in at The White Pantry on July 13, 1963, twenty-five CIP members entered the restaurant, but only the whites were served, and things started to get hairy. The students began to share their food, and in retaliation, an employee broke every plate touched by a Black student. In sit-ins to come, employees would mop the floor with ammonia, spray insecticides, turn on the heat, and owner Roba Quesenberry, lit sulfur cakes and once used a cattle prod on Phil Carter. Quesenberry once said that he wouldn’t integrate unless forced by law, which eventually took place in 1964 when the Supreme Court banned all racial discrimination. Despite this, employees of the White Pantry recall the the owner would intentionally serve would-be Black patrons undercooked food, resulting in more altercations that hurt the restaurant's reputation among many of the city's restaurants.