The Hotel Governor Cabell in the 1930s. 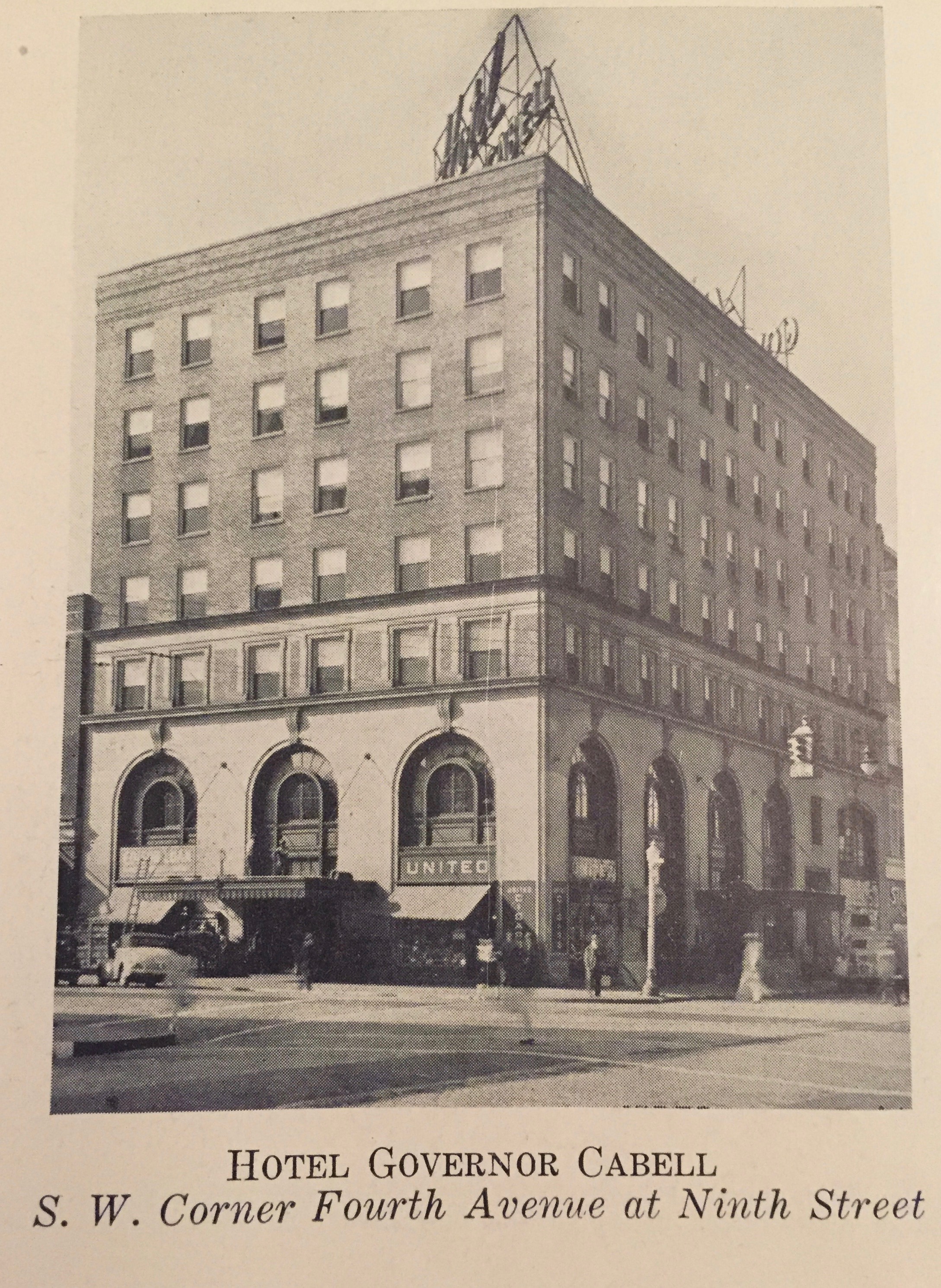 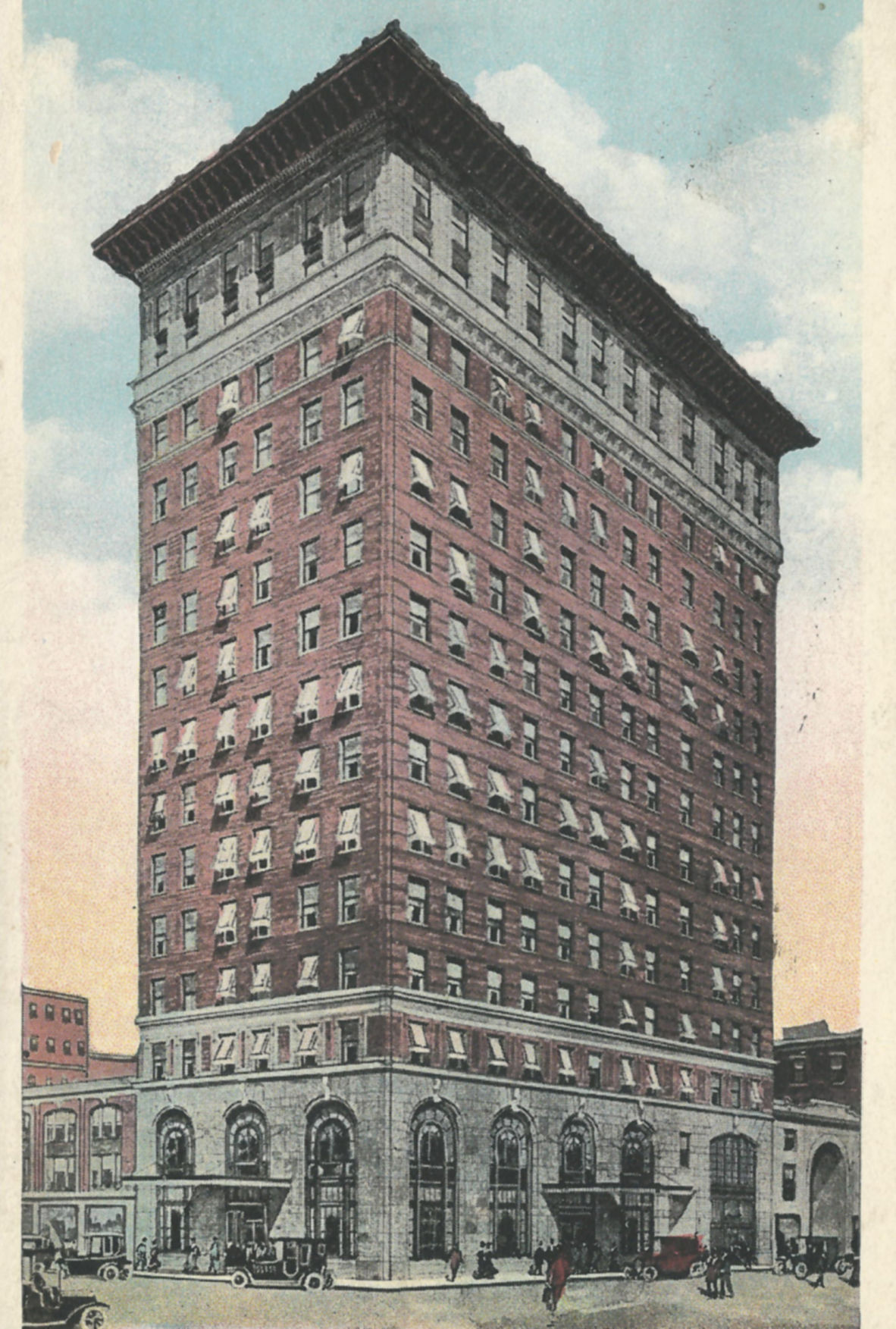 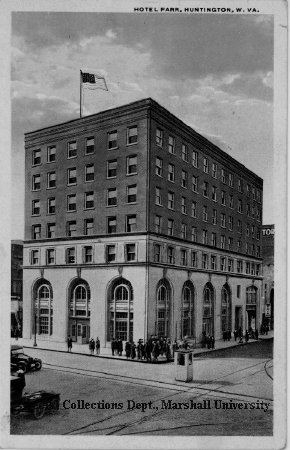 4th Avenue during the 1937 flood. Hotel Governor Cabell is visible in the background. Courtesy of Marshall University Special Collections. 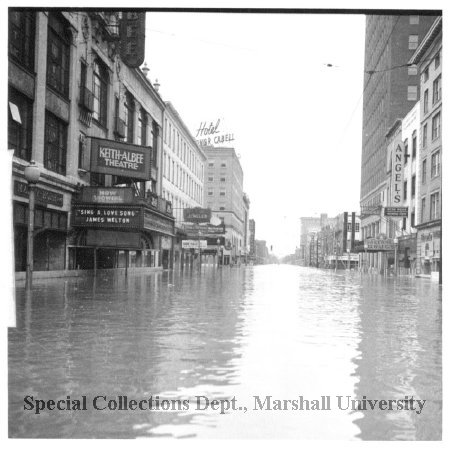 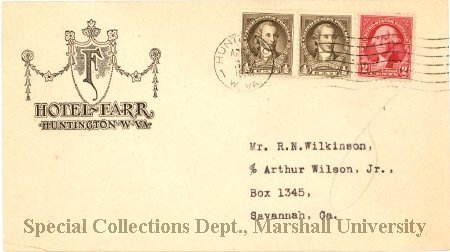 The Morris Building in 2013

The Morris Building was originally named the Hotel Farr after coal operator and building supply dealer John S. Farr. Construction of the hotel began in 1915. Farr envisioned a fourteen-story, 250-room Arts and Crafts style building at the time, but high costs during the First World War forced the construction to stop at seven stories and 125 rooms. The building was designed by preeminent Huntington architects Meanor and Handloser in the Romanesque and Renaissance Revival styles. The Hotel Farr’s first guest, Mr. James Shaw, a pottery dealer from Philadelphia, registered on November 14, 1918.

Over the following decade, the hotel became a favorite amongst businessmen visiting the area. The Hotel Farr opened during a prosperous time for Huntington. A gateway to and from West Virginia’s coalfields and a regional supplier of goods such as glass and timber, the growing city attracted traveling salesmen from across the region during the early twentieth century. Glamorous hotels like the Hotel Frederick, constructed in 1906, and the Fifth Avenue Hotel, opened in 1910, provided these travelers with a luxurious place to stay while they conducted business in and around Huntington. The Hotel Farr was situated at the heart of the city’s 4th Avenue business district, near prominent buildings such as the First Huntington National Bank and the West Virginia Building.

In the 1930s, the hotel was bought by the Massachusetts Mutual Life Insurance Company, who renamed it the Hotel Governor Cabell after former Virginia governor and Cabell County namesake William H. Cabell. The Hotel Governor Cabell operated until 1965, when it was closed and the building was leased to the federal government. It was converted into a residential facility for the Huntington Women's Job Corps Center and renamed Cabell Hall. In 1972, the building was sold by the West Virginia Grand Lodge International Order of Odd Fellows to Helen Morris, widow of real estate broker Taylor Morris. Renamed the 401 Building, it was remodeled to house apartments and offices. The 401 Building became known more commonly as the Morris Building and has housed businesses and first-floor tenants ever since. For many years, it was home to the Foard and Harwood shoe store.

River City Properties purchased the Morris Building in August 2004. Various businesses, such as Backyard Pizza & Raw Bar, The Peddler, Developmental Therapy Center, and Byard Insurance & Financial Services shared space in the building. On the morning of July 27, 2014, a fire ignited in the Morris Building's elevator shaft and destroyed its roof, and smoke and water damage heavily damaged the building itself. Although the building lacked a sprinkler system due to its age, the owners had maintained a series of fire stops, which kept the fire from being more damaging than it could have been. As a result of the fire, the businesses and the tenants residing in the building all had to relocate, and various relief efforts were created to raise money for those displaced by the fire. Before the building can reopen, a sprinkler system must be installed. As of 2019, the building is still vacant.