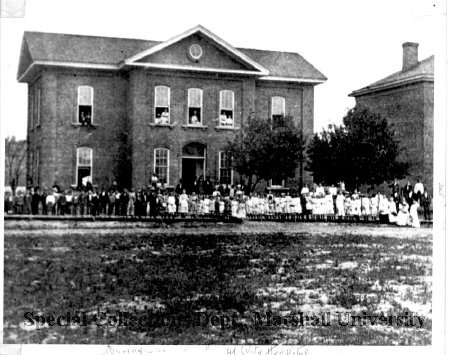 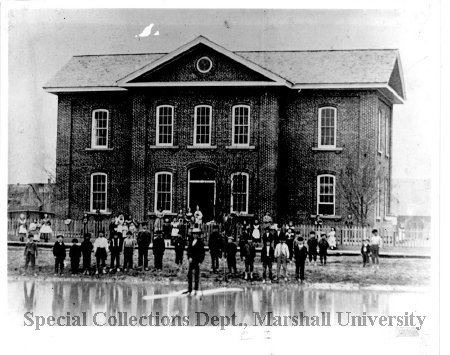 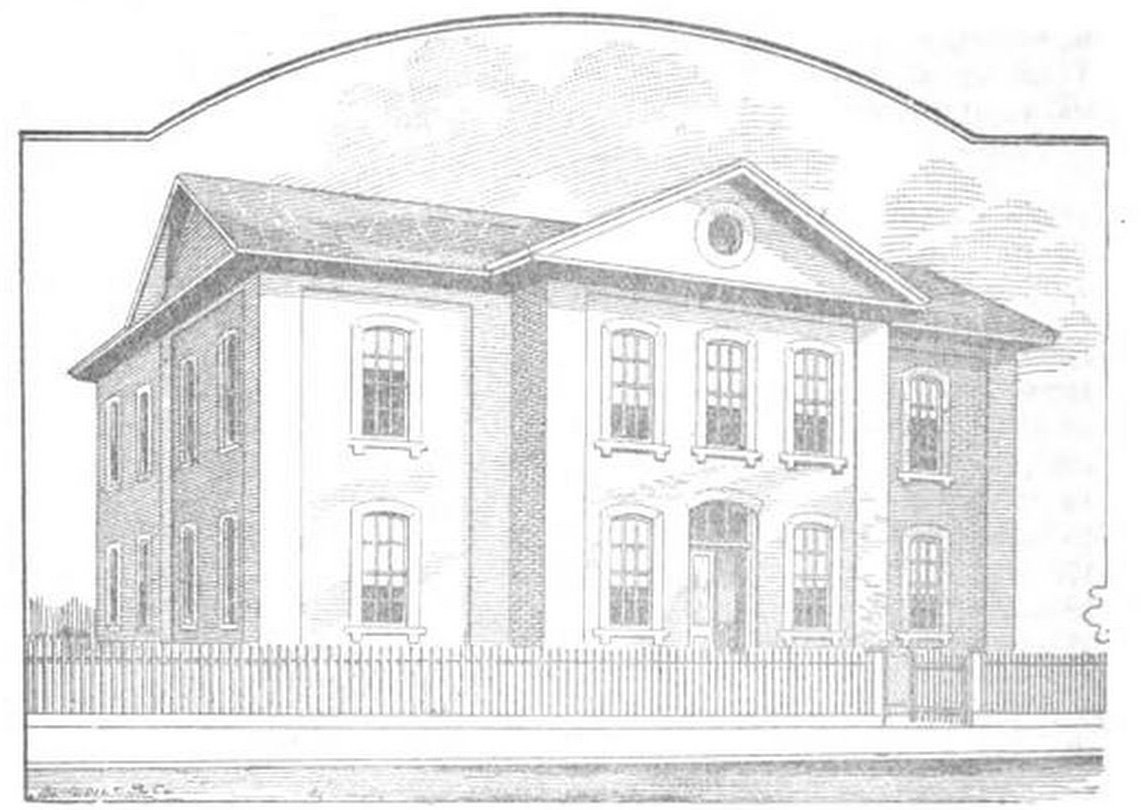 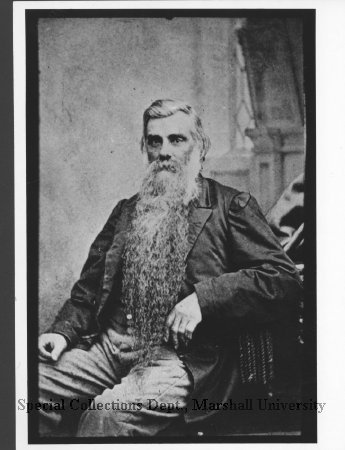 Students and teachers at Buffington School, circa 1885 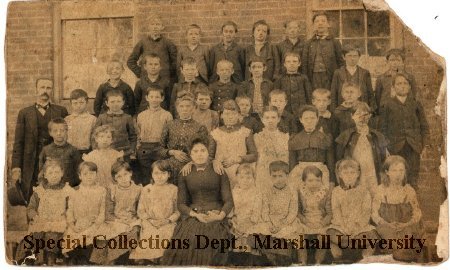 Students and teachers at Buffington School, circa 1895 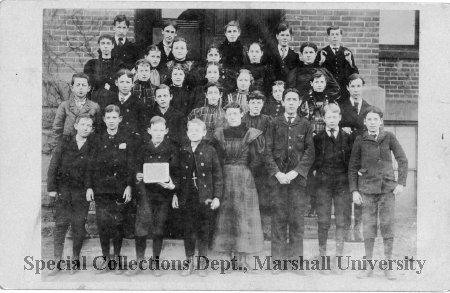 The replacement school building, known as Buffington Elementary, operated from 1898-1976. 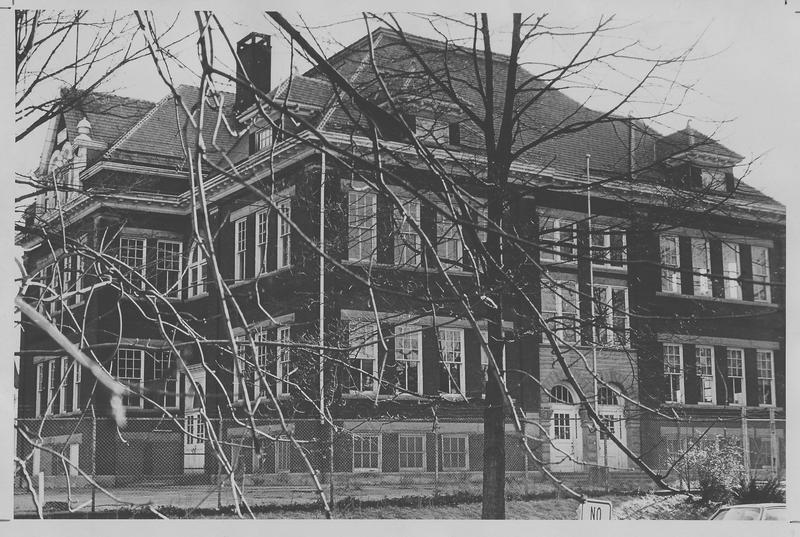 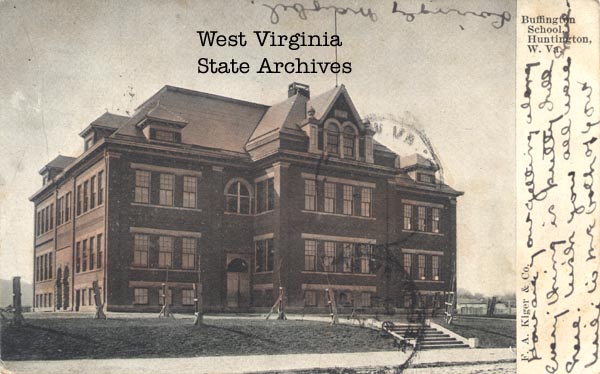 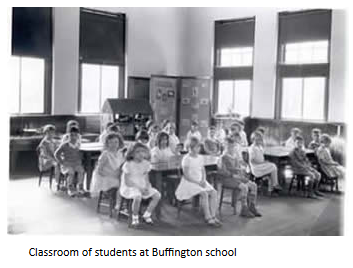 West Virginia instituted a free public school system shortly after it became a state in 1863. When Huntington was founded in 1871, it became necessary to establish a school for the city’s growing population. In 1872, a four-room brick school building was constructed on the corner of 7th Street and 4th Avenue. It was named Buffington School after one of the oldest and most influential families in the area prior to Huntington’s foundation. As early as 1785, Thomas and Ann Buffington settled in what became Guyandotte after Thomas inherited a farm that had been granted to his father for his service in the French and Indian Wars. The Buffingtons established a large estate where they and their descendants lived for generations. Peter Cline Buffington, a grandson of Thomas and Ann, was elected Huntington's first mayor in 1871.

Soon after its establishment, the high rate of Huntington’s population growth necessitated the expansion of the Buffington School. In 1882, it was doubled to eight rooms. This soon proved inadequate as well, and in 1897 a larger school was constructed at the corner of 6th Street and 5th Avenue. The original school building was subsequently donated to the city to be used as Huntington’s first hospital. The new building, an imposing brick structure with Victorian features, was more elaborate than the original school’s modest design. The school’s first principal was Sallie Peyton, who was paid $60 a month.

The opening of additional schools, as well as shifting demographics in Huntington, led to a steady decline in attendance at Buffington. Enrollment dropped from a peak of over three hundred students to a little more than one hundred by the 1970s. The low enrollment made it difficult to justify the expenses for maintaining the aging school building, and in 1976 Buffington was closed by the school board. Soon afterwards, the building was purchased at an auction by Huntington Lodge 64 of the Independent Order of Odd Fellows (IOOF). In 1996, the building was sold again to John W. Clark Oil Company, who soon demolished it to make room for a gas station.

Morgan, Benjamin S. Biennial Report of the State Superintendent of Free Schools of the State of West Virginia for the Years 1891 and 1892. Charleston, WV: Moses W. Donnally Public Printer, 1893.