The Kiwanis Day Care Center has been operating in the Huntington area since 1930. Founded as the Kiwanis Day Nursery, the center has grown from a small facility in a donated residence to a modern facility with eight classrooms, kitchen. conference room and offices. The day center has been recognized as the oldest continuously operating daycare in the State of West Virginia. The Kiwanis Club of Huntington has received many awards over the years for their efforts with this project.

The current structure of the Kiwanis Day Care Center 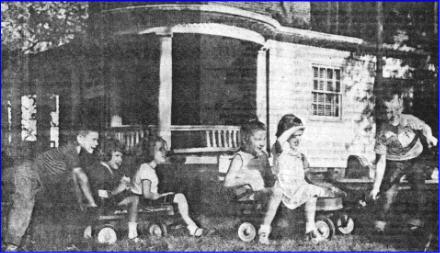 In 1949, the Huntington Kiwanis Club hired Mrs. Lucille Harbour as the first full time director. Under her leadership, the nursery grew from 30 children to around 55 children. Staff members were hired instead of relying on volunteers. 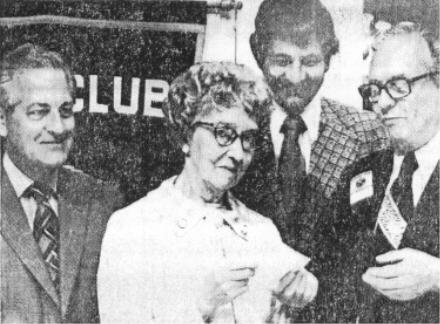 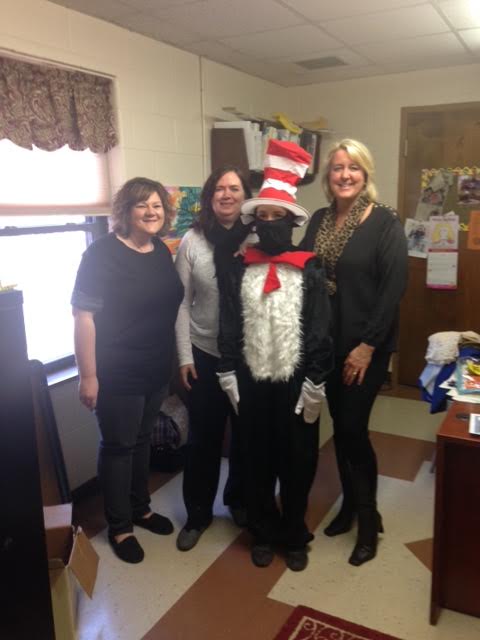 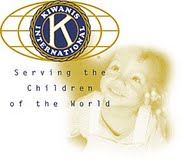 The Kiwanis Day Care Center is one of the oldest Child Care Centers in the Huntington area. It opened in 1930, when the original building was left to the city in the will of Judge Thomas H. Harvey to be used for the benefit of underprivileged children. The city in turn worked out an agreement with the Huntington Kiwanis Club. The Club established the childcare center on December 1, 1930, using the building free of charge, with the city maintaining the responsibility of the up keep of the property.

The Kiwanis Day Nursery (as it was known in 1930), was located in a large two story brick residence on the corner of Fourth Avenue and Second Street West, which is now called Washington Avenue. The nursery did not require use of all of the available space. At the time, it utilized six rooms on the first floor and two on the second. The Huntington Baby Clinic occupied the four additional rooms on the second floor.

Two years later the Tuberculosis Association was permitted to take over a two room building in the rear of the property. Both of these organizations helped pay the utilities but were not required to pay rent. The nursery and Baby Clinic worked together on the medical needs of the children. The clinic provided this care, when recommended by the nursery, free of charge.

The "Superintendet" of the nursery was a registered nurse who resided in the two rooms belonging to the nursery on the second floor. She had one maid to assist her. Each worked from 6:00AM to 7:00PM daily except for Sundays. The superintendent received lodging, meals, laundry service and $60 per month. The maid received meals while at the center and $5 per week. The Ladies Auxiliary, composed of wives of the Kiwanians and ladies connected with the club, volunteered their time to help look after the children. There was an enrollment of approximately 30 children ranging from the age of two to fourteen years.

These children lived within a five-block radius of the nursery. They came from homes where the mothers worked and the fathers were dead (or their whereabouts were unknown) or both parents were employed outside the home. The families in which both parents were employed were asked to pay a fee of $1.00 a day for childcare. Others were not charged a fee. Lunch was provided free of charge to all children. Other meals were provided free to those who paid no fees. Those paying fees were charged 5 cents a meal. Additional funding came from the Kiwanis Club, the Ladies Auxiliary and the Red Feather Service/Community Chest (now known as United Way).

The yard was only partially fenced in for the children to play. The only things in the yard were a large sand pile, a table and benches. The children were allowed access to the entire yard.

In 1949, the Huntington Kiwanis Club hired Mrs. Lucille Harbour as the first full time director. Under her leadership, the nursery grew from 30 children to around 55 children. Staff members were hired instead of relying on volunteers. This staff included five fulltime teachers, two part-time teachers, a cook and one part-time bookkeeper. Opening hours changed to 6:30AM to 5:30PM Monday through Friday. An age limit was established and now admitted children only from age two to age six.