Opening in 1939, Midway Drive-In has been a staple of Huntington’s West End for over eighty years. The restaurant began by selling popcorn and root beer before introducing signature menu items like hot dogs and barbecue sandwiches a few years later. Over the years, the Midway Drive-In passed through a handful of different owners while offering the same classic menu items. The restaurant closed in 2006, but Bill Ghiz and Cory Hutchinson purchase and re-opened the restaurant two years later. Although the co-owners made some changes to the building and introduced several new menu items, they have continued to serve old favorites like hot dogs, burgers, and a variety of milkshakes. In 2015, the Midway Drive-In was featured in a segment of the Food Network’s “Guilty Pleasures” for its signature hot dogs. The Huntington landmark celebrated its eightieth anniversary in 2019.

Midway Drive-In, when hot dogs were only 7 cents 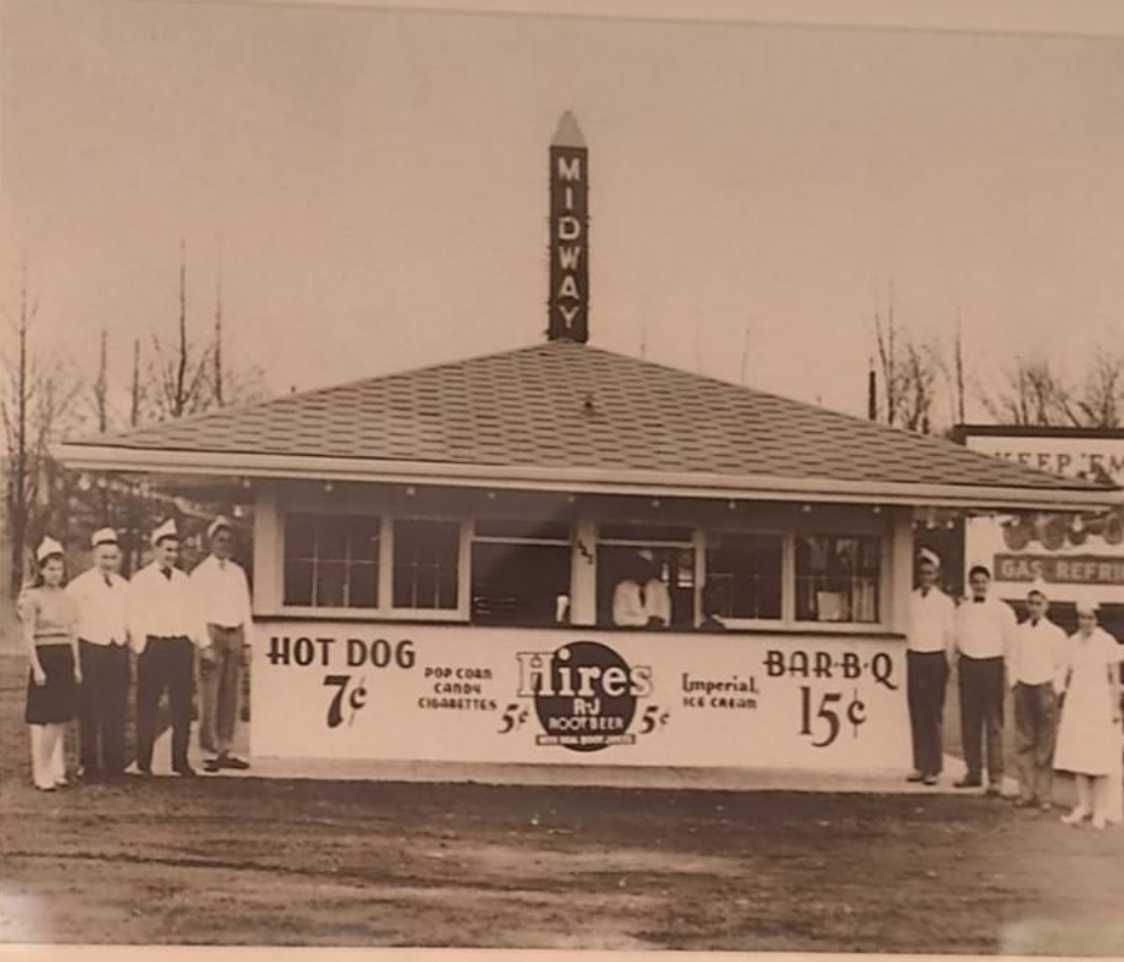 Illustration and historic photo of the drive-in 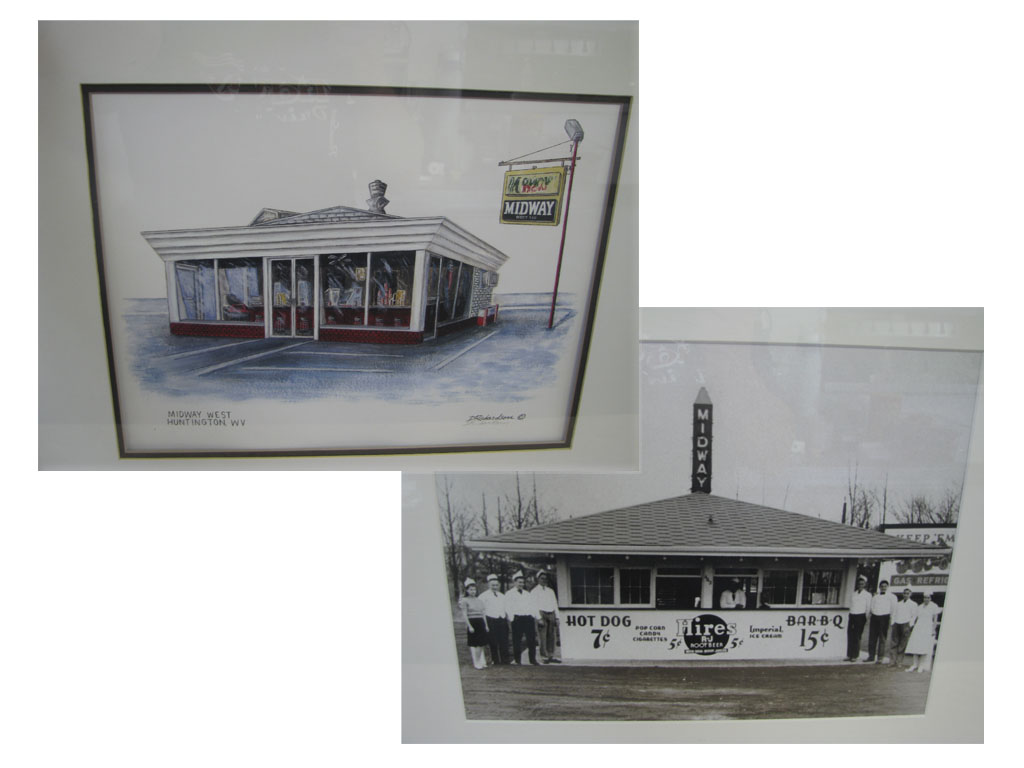 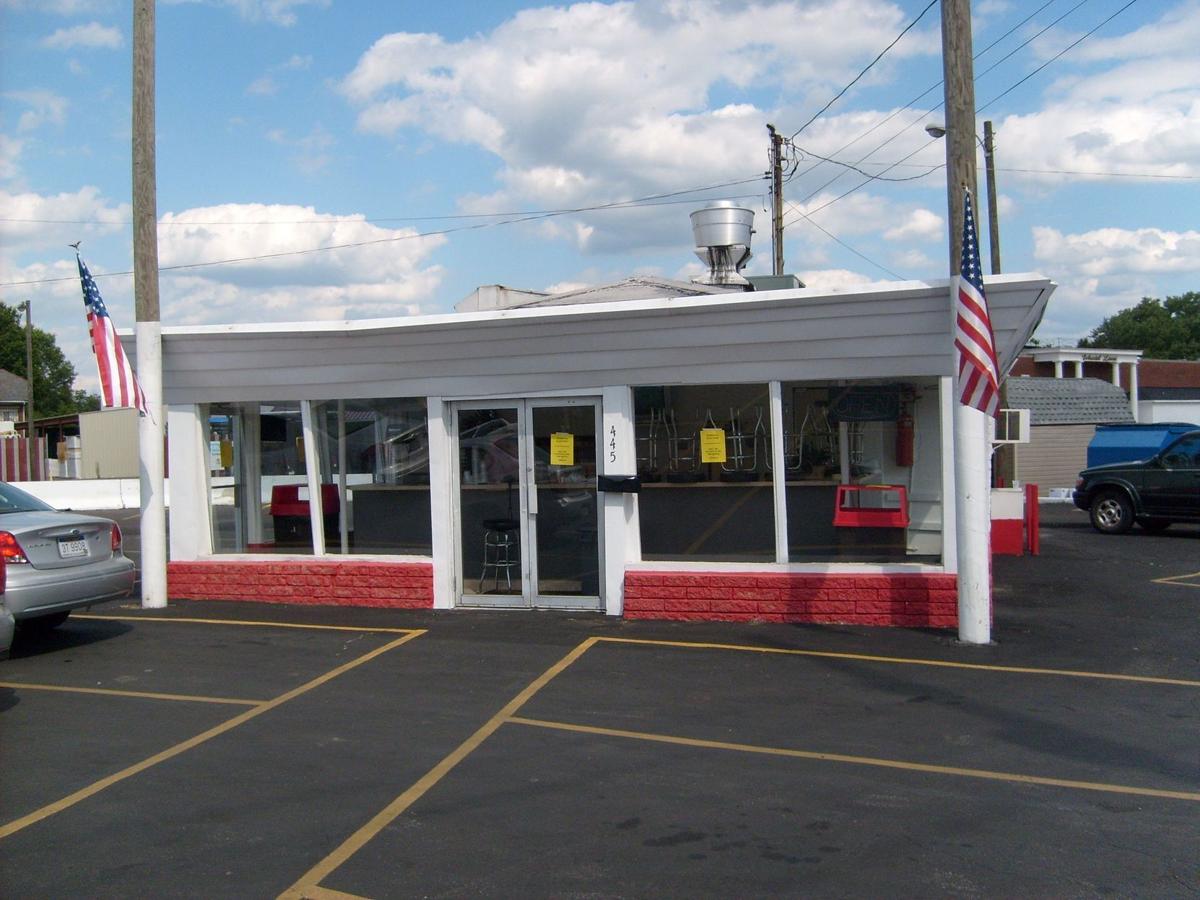 Exterior of the drive-in 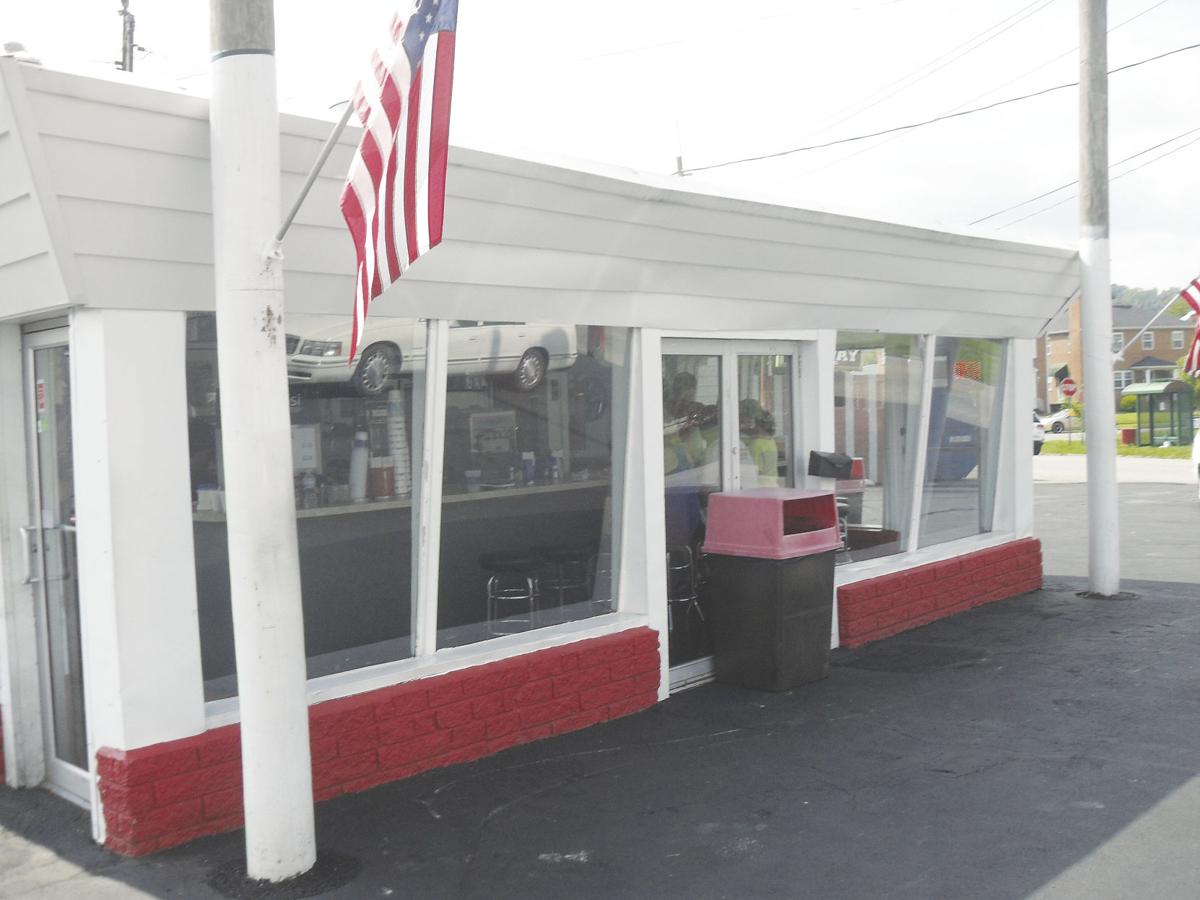 Outside the drive-in today 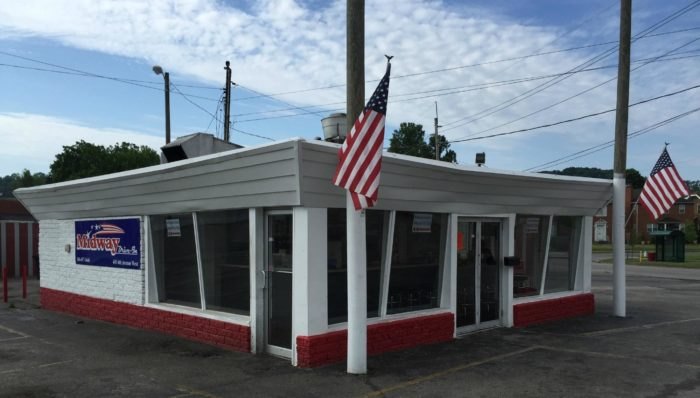 Hot dogs and crinkle cut fries at the Midway 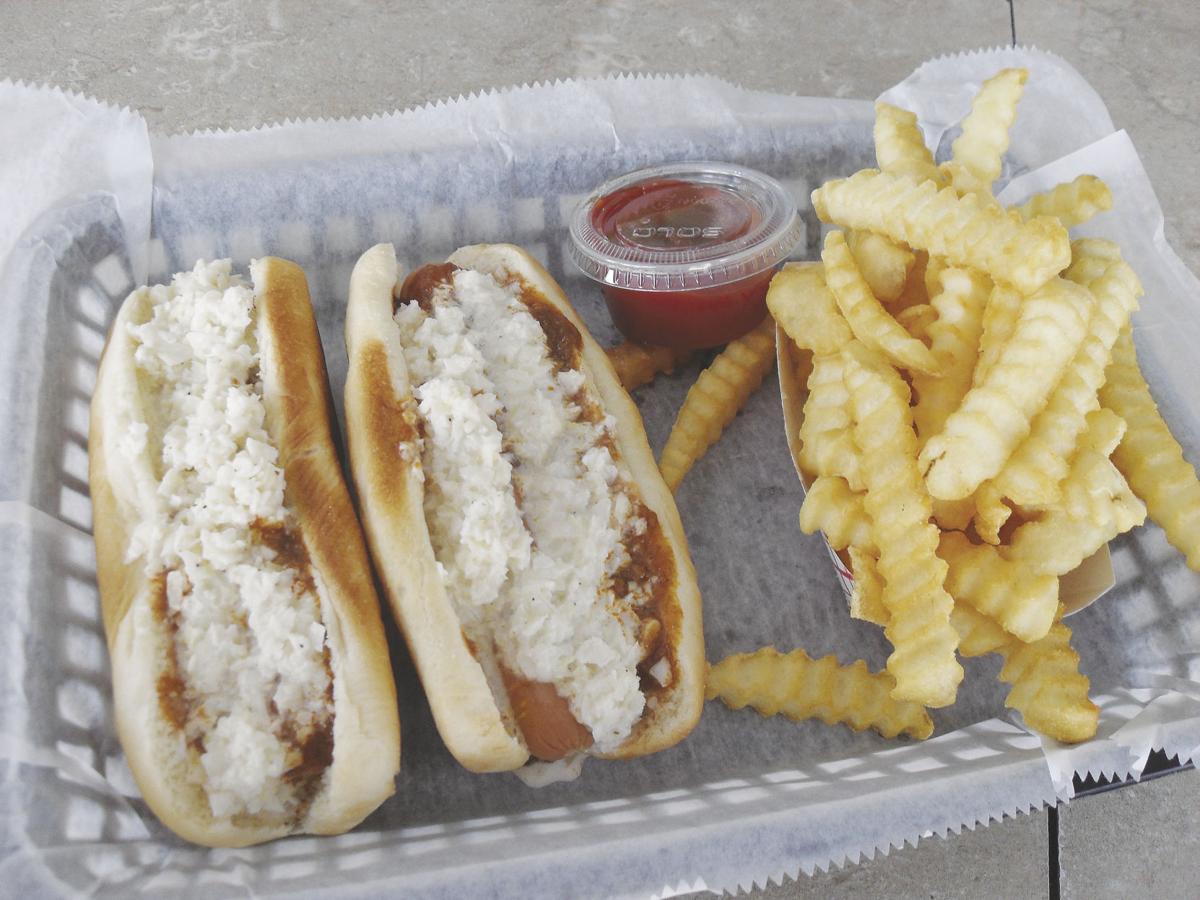 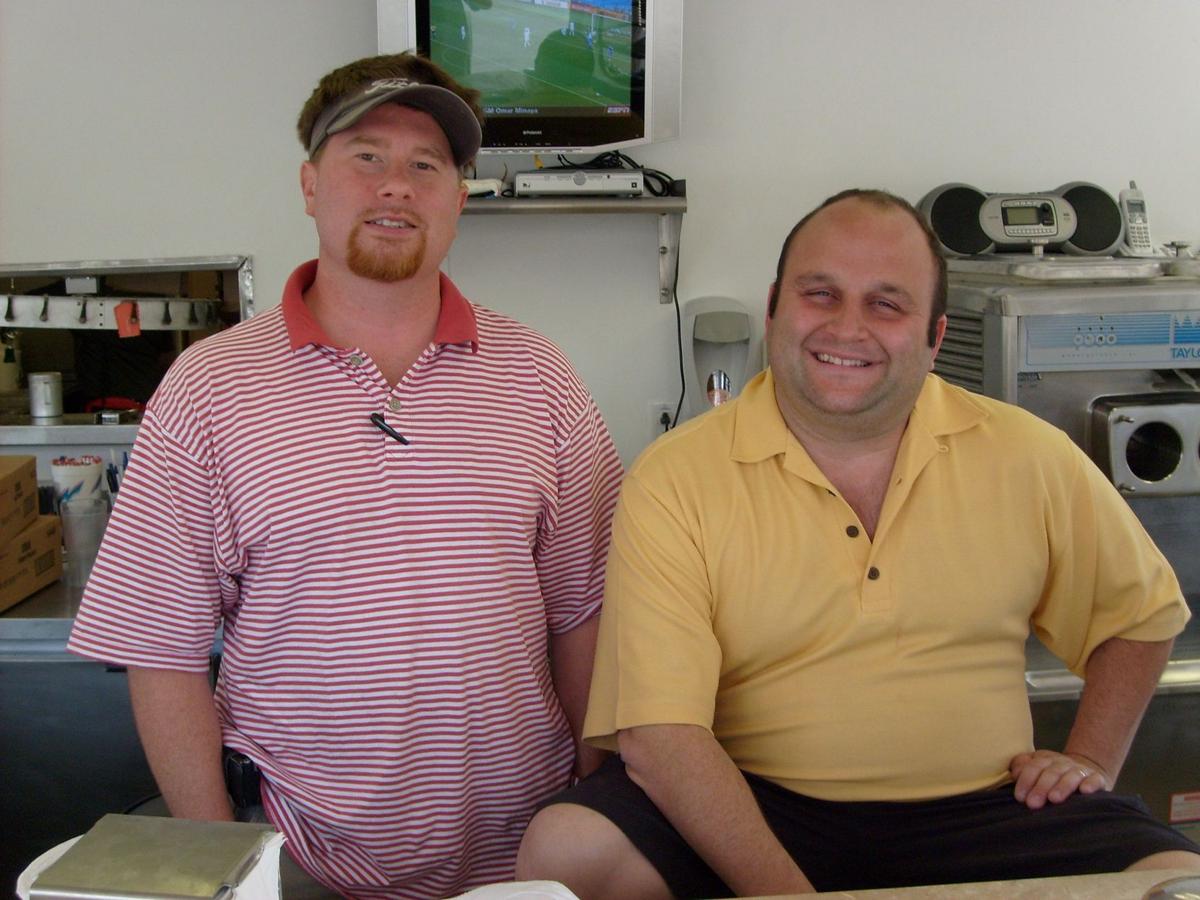 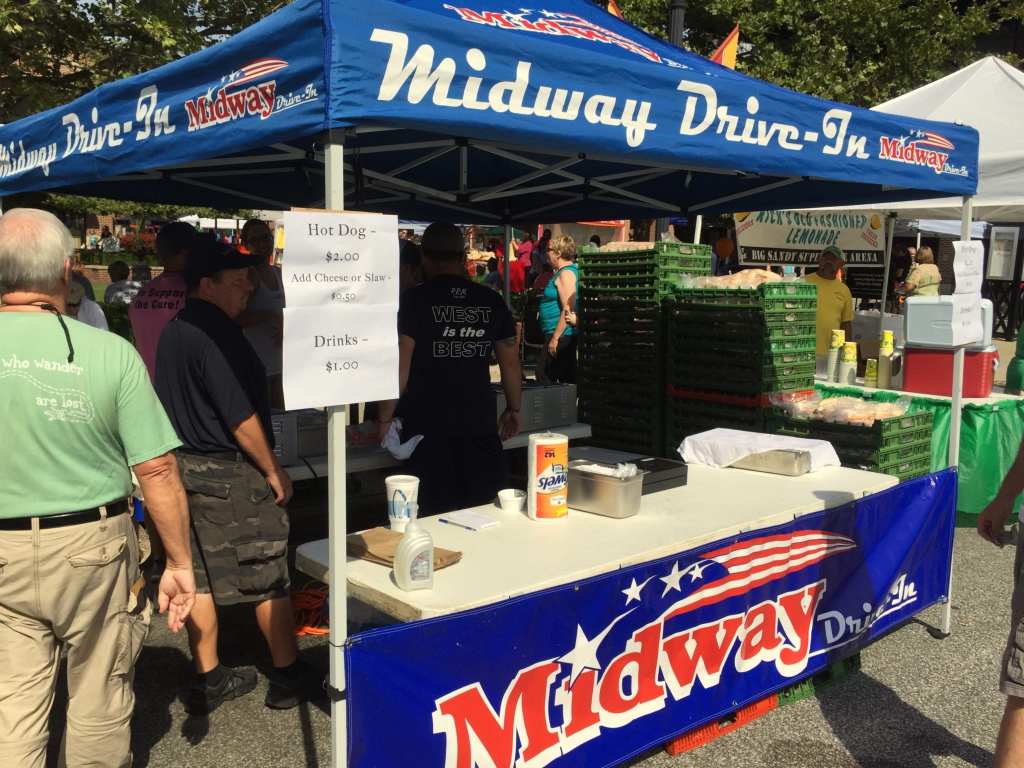 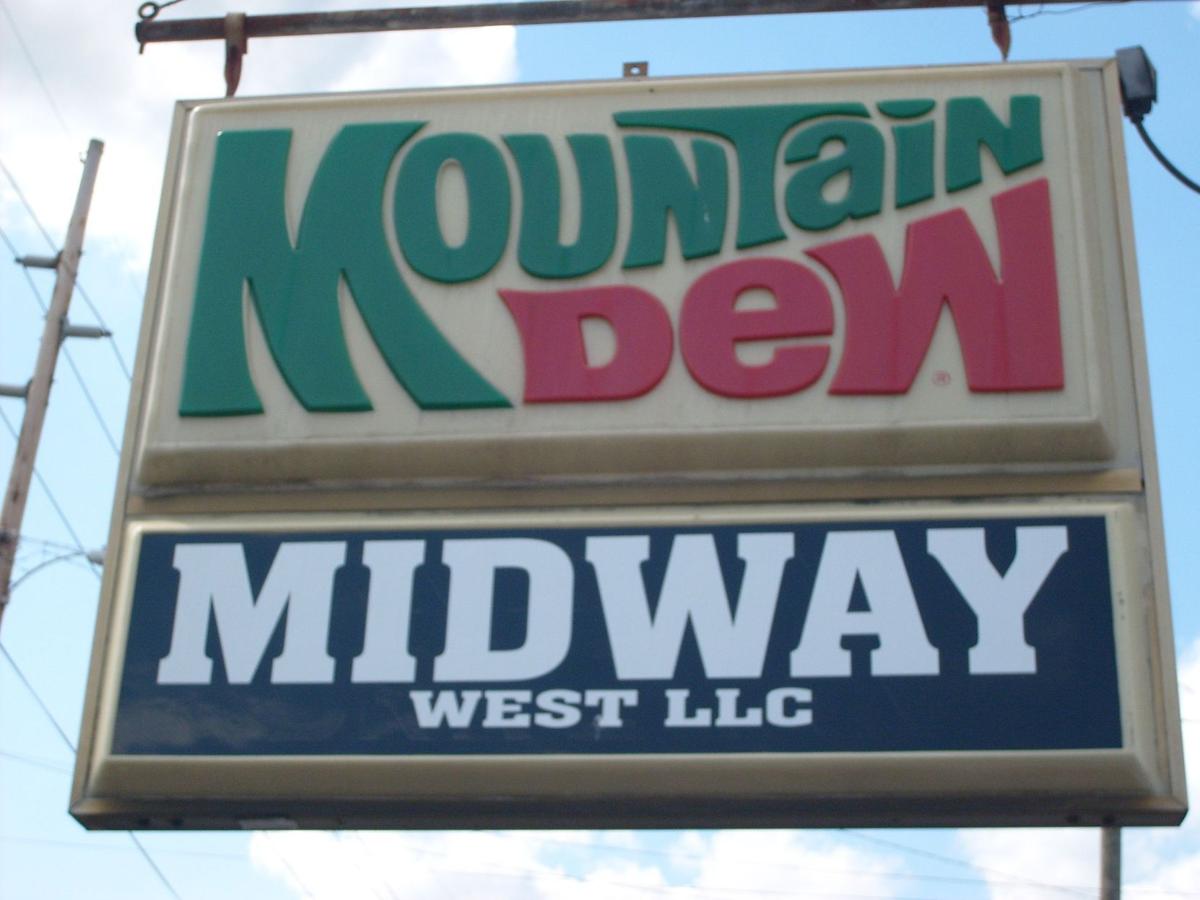 The Huntington area is known for its many drive-in restaurants that serve classics like burgers, hot dogs, and milkshakes. Many of these drive-ins have been in operation for decades, including the Midway Drive-In on Huntington’s west side. Established in 1939, the drive-in had its start selling popcorn and root beer before introducing hot dogs and hamburgers, along with its signature chili sauce recipe, in 1945. Around that time, the popularity of drive-ins like the Midway rose dramatically, as the economy boomed after the end of World War II and Americans took advantage of the convenience of eating in their cars. Drive-ins were especially popular among teens, who could stop to eat and socialize while cruising through town.

Over the years, the Midway became a staple among Huntington’s drive-ins. Although the restaurant passed through the hands of several different owners, it maintained a dedicated customer base by keeping its menu consistent. After over sixty years in business, financial problems forced the drive-in to close its doors in 2006. The Midway did not remain closed for long, however, as it was purchased by Bill Ghiz and Cory Hutchinson in 2008. The co-owners had grown up eating the drive-in’s famous hot dogs, and Ghiz had even worked as a curb boy through college. Before the Midway’s grand reopening on June 11, 2008, the owners refurbished the restaurant by adding a new bar-top and tile floor and installing new appliances. They also had to pay off the back taxes that had caused the drive-in to close two years earlier. The Midway’s reopening drew large crowds, despite a power outage that caused the restaurant to close for two days during its first week.

The Midway offers typical drive-in fare such as hot dogs, hamburgers, french fries, and milkshakes. It is well-known for its hot dog sauce, which was introduced in 1945 and is served, like any traditional West Virginia hot dog, with coleslaw, onions, and mustard. The drive-in’s sauce and coleslaw are both made from scratch. The Midway also serves hamburgers and cheeseburgers, whose meat is ground and pattied in-house. Its signature sandwich is a burger called the Midway Special, which features two beef patties, a slice of cheese, and three buns with lettuce, tomato, mayonnaise and pickles. The drive-in is also known for its ice cream treats, especially its peanut butter and chocolate milkshakes. The Midway offers ten milkshake flavors in total, along with sundaes and root beer floats.

Since the Midway reopened in 2008, the drive-in has enjoyed success and gained a dedicated customer base. Many of its staff members have worked there for several years, including some who had worked at the drive-in before it closed in 2006. Although little has changed about the Midway over the years, the current owners have added a few menu items that have proven just as popular as the old favorites. Ghiz and Hutchinson introduced a mushroom burger, a Kansas City-style smoked pork barbecue sandwich, and a hot bologna sandwich. The drive-in also began selling its hot dog sauce by the pint and quart, as well as its own t-shirts. In addition, the Midway is a regular vendor at the annual West Virginia Hot Dog Festival, which takes place the last Saturday of July in Huntington’s Pullman Square. In 2015, the drive-in and its signature hot dogs were featured in a segment of the Food Network show "Guilty Pleasures" hosted by Huntington native Katie Lee. The Midway celebrated its eightieth year in business in 2019.