The Veterans Administration Hospital is located in Huntington. Veteran hospitals were established in March 1865. The Huntington VA was established in 1932. Facilities like these were established when Civil War soldiers and sailors were returning back home. It was initially known as the National Asylum for Disabled Volunteer Soldiers. When the United States entered in wars such as World War I Congress developed new benefits and programs for veterans. It became a short-term treatment facility. This historical marker is located along US Route 60 by Burlington Road. 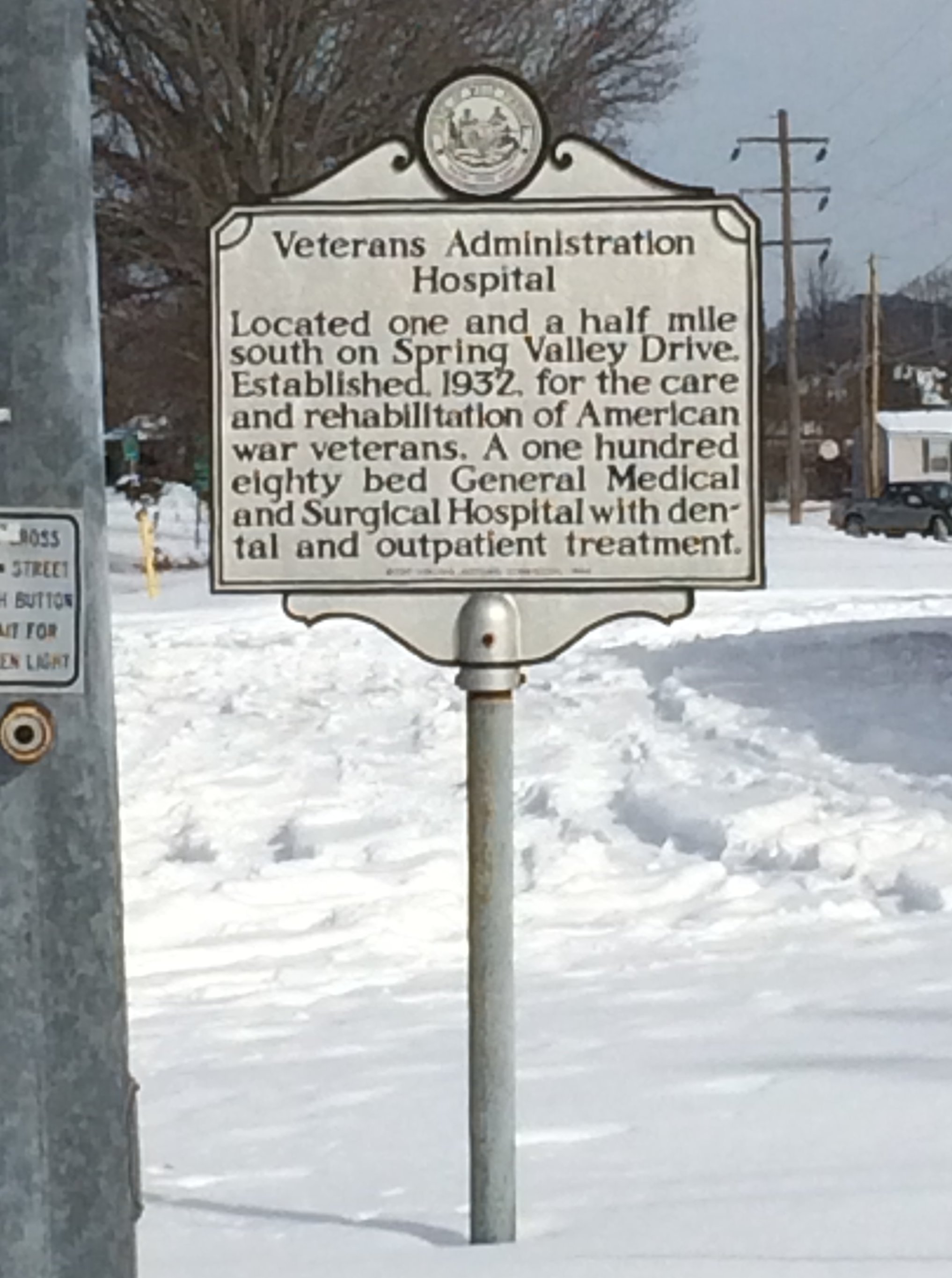 According to the Department of Veterans Affairs, VA history "can be traced back to 1636, when the Pilgrims of Plymouth Colony were at war with the Pequot Indians. The Pilgrims passed a law that stated that disabled soldiers would be supported by the colony" ("History-VA History"). During the Revolutionary War, veterans began to receive pensions; during the Civil War era, Veteran Homes were established; during World War I, formalized veteran benefit packages that included compensation, insurance, and rehabilitation services, were created. The Veterans Bureau, the Bureau of Pensions of the Interior Department, and the National Home for Disabled Volunteer Soldiers were the responsible parties for distributing these veteran benefits until they all joined forces under the condensed title of the Veterans Bureau in August 1921.From this time on, there were substantial efforts to establish VA hospitals.

It was President Herbert Hoover's Executive Order 5398 that established the Veterans Bureau as a federal administration on July 21, 1930.