Twelve Pole Creek flows eighty-three miles from Mingo County, West Virginia, to the Ohio River. It has a long and rich history and has played a pivotal role in the region's economy and transportation. Native Americans had previously lived in the Twelve Pole Valley for thousands of years. When Europeans settled in the area, they used the large creek for a variety of purposes. The creek was dammed and grist mills were erected along its banks. Prior to the construction of the railroad, people used the creek as a primary mode of transportation. Coal and timber was floated down the river to the Ohio River to reach outside markets. Today, thanks to two large dams constructed by the U.S. Army Corps of Engineers in the 1970s, the waters of Twelve Pole Creek offer visitors various recreational opportunities. 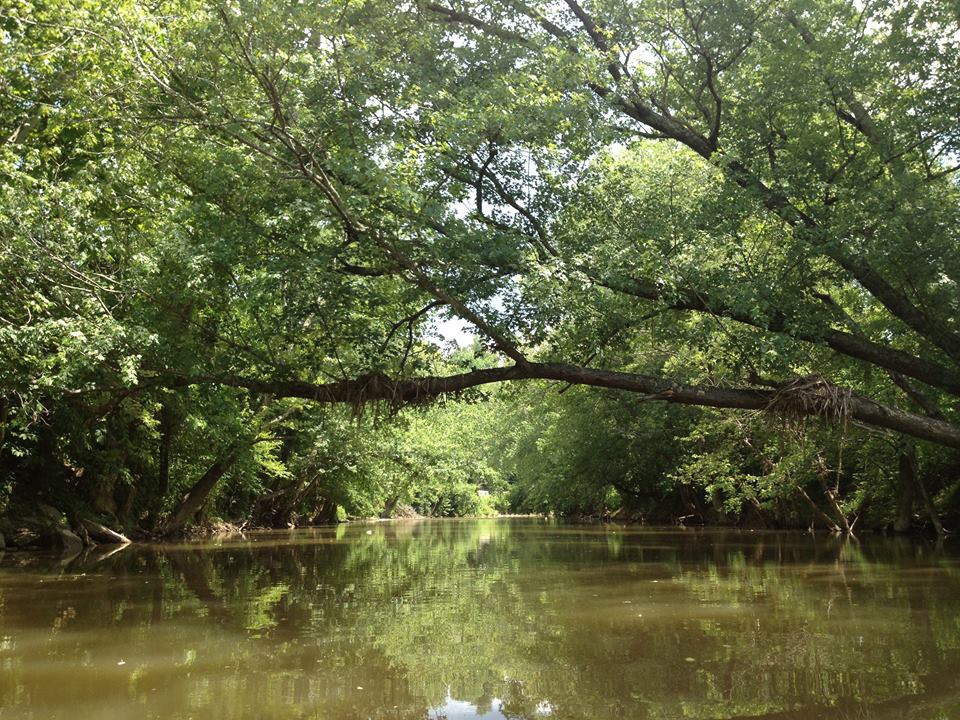 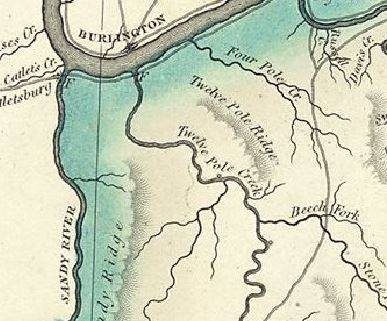 Grist mill and dam at the town of Shoals.

Grist mill and dam at Dickson. 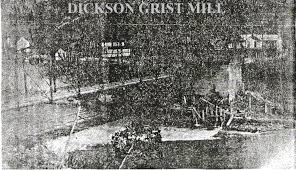 The former location of the grist mill and dam in the town of Wayne. 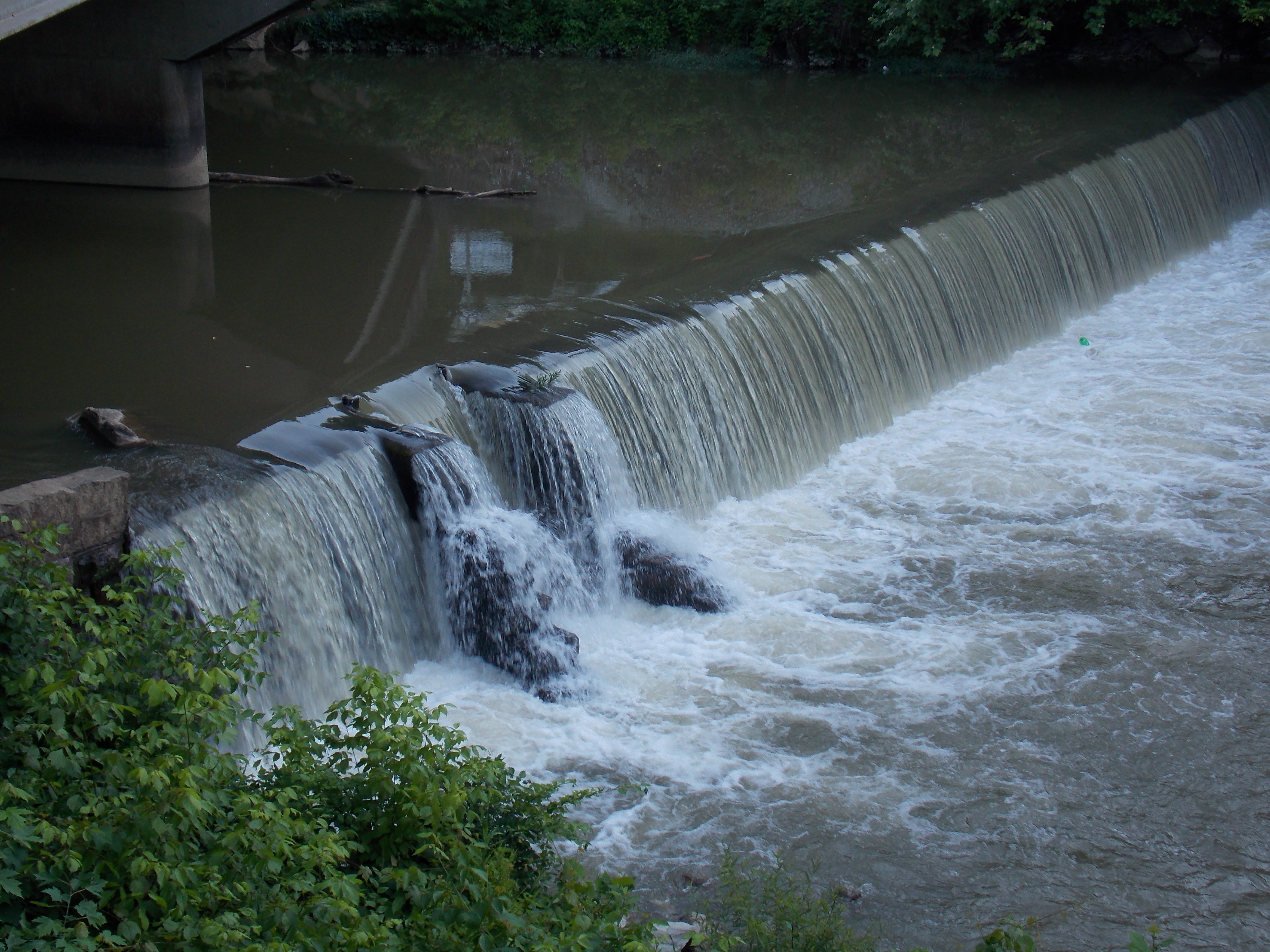 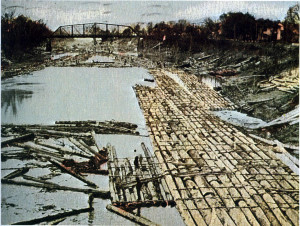 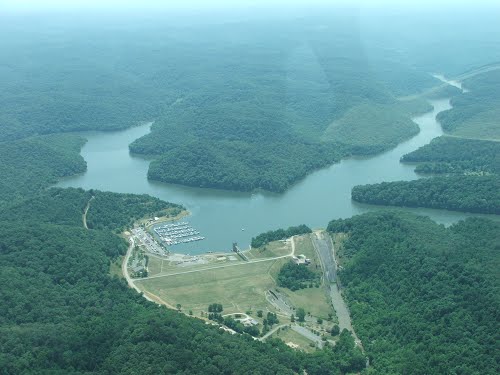 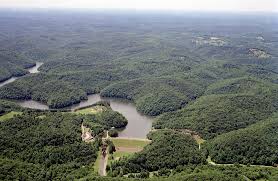 Twelve Pole Creek is a prominent feature in the landscape of western West Virginia. It originates at the base of Guyan Mountain in Mingo County, West Virginia. At its origin, the creek is made of two main forks, the East/Left Fork and the West/Right Fork. These forks run roughly parallel to one another from Mingo County, through Lincoln County, and they converge just south of the town of Wayne in Wayne County to form a single stream which flows directly into the Ohio River near Ceredo. Overall, the creek flows eighty-three miles from its headwaters to its mouth and has played a prominent role in the history of the area.

Native Americans lived on the banks of Twelve Pole Creek for thousands of years. Many archaeological sites ranging from temporary campsites to large villages have been discovered in the Twelve Pole Valley along with several burial mounds. The third largest Native American mound in the state sits at the mouth of the creek. Around 1784, surveyors surveying land for the Savage Land Grant came into the region and located the creek. They named it “Twelve Pole” because they measured its width to be twelve poles at its mouth. A pole, also called a perch or rod, is a unit of measure equal to 16.5 feet. Local folklore has it that it was surveyed and named by George Washington. Whether or not Washington himself surveyed the creek is unknown, but it is highly likely that if Washington did not survey the creek, it was surveyed by men working for him.

When European settlers began coming to the Twelve Pole Valley, the creek proved pivotal to their survival, transportation, and economy. Throughout history the fertile, relatively flat land along the banks of the creek had been used for cultivating crops. Prior to the coming of the Norfolk and Western Railroad, the creek was used as one of the main means of transportation. Near the communities of Wayne, Dickson, and Shoals, dams were constructed along with grist mills that serviced the area. When the timber and coal industry boomed in the nineteenth century, the creek was a critical resource for transporting raw materials out of the valley. The timber industry used the creek to float logs to the Ohio River. Workers would strap logs together and make rafts which could be floated down the creek during periods of high water. Similarly, the small coal mining operations near the headwaters used flat bottomed wooden boats to float what coal they could down the river to outside markets.

When the N&W Railroad came through the county in the early 20th century, the usefulness of the creek faded. Timber, coal, and people could now be transported faster and more efficiently via railroad rather than the creek. However, in the later part of the century, Twelve Pole was put to good use once again. In the 1970s, the U.S. Army Corps of Engineers constructed two large dams and reservoirs in the Twelve Pole Valley for flood control purposes. The Left Fork of Twelve Pole was dammed to create East Lynn Lake, a 1,005 acre reservoir. A large tributary of Twelve Pole Creek, Beech Fork Creek, was dammed to create Beech Fork Lake, a 720 acre reservoir. Both of these lakes are today popular recreational areas that provide visitors with camping, hunting, hiking, boating, and fishing opportunities.