During the 1880s, school leaders in Ceredo approved the construction of a small frame schoolhouse for African American children that operated until the 1930s at this location. The school was one of several in Wayne County that were attended by African American children during the era of segregation. The schoolhouse also served as a church and meeting place for members of Ceredo's African American community. School officials decided to close the school sometime in the early 1930s. The closure of the school was not a result of integration, as state law prohibited interracial education prior to the 1954 Supreme Court decision in Brown vs Board, but rather owing to declining enrollment. This change was the result of African American families moving from the community, with the majority of those families deciding to move to nearby Huntington. After the closure of this school, the Ceredo School Board paid to operate a bus that transported the remaining African American students to schools in Westmoreland and Huntington. The schoolhouse was later converted into a private residence, and was destroyed by fire in the early 1970s.

This photo, dated January 1969, shows the schoolhouse after its conversion to a residence. It was only one of a few African American schools in all of Wayne County. Image courtesy of the Ceredo Historical Society Museum. 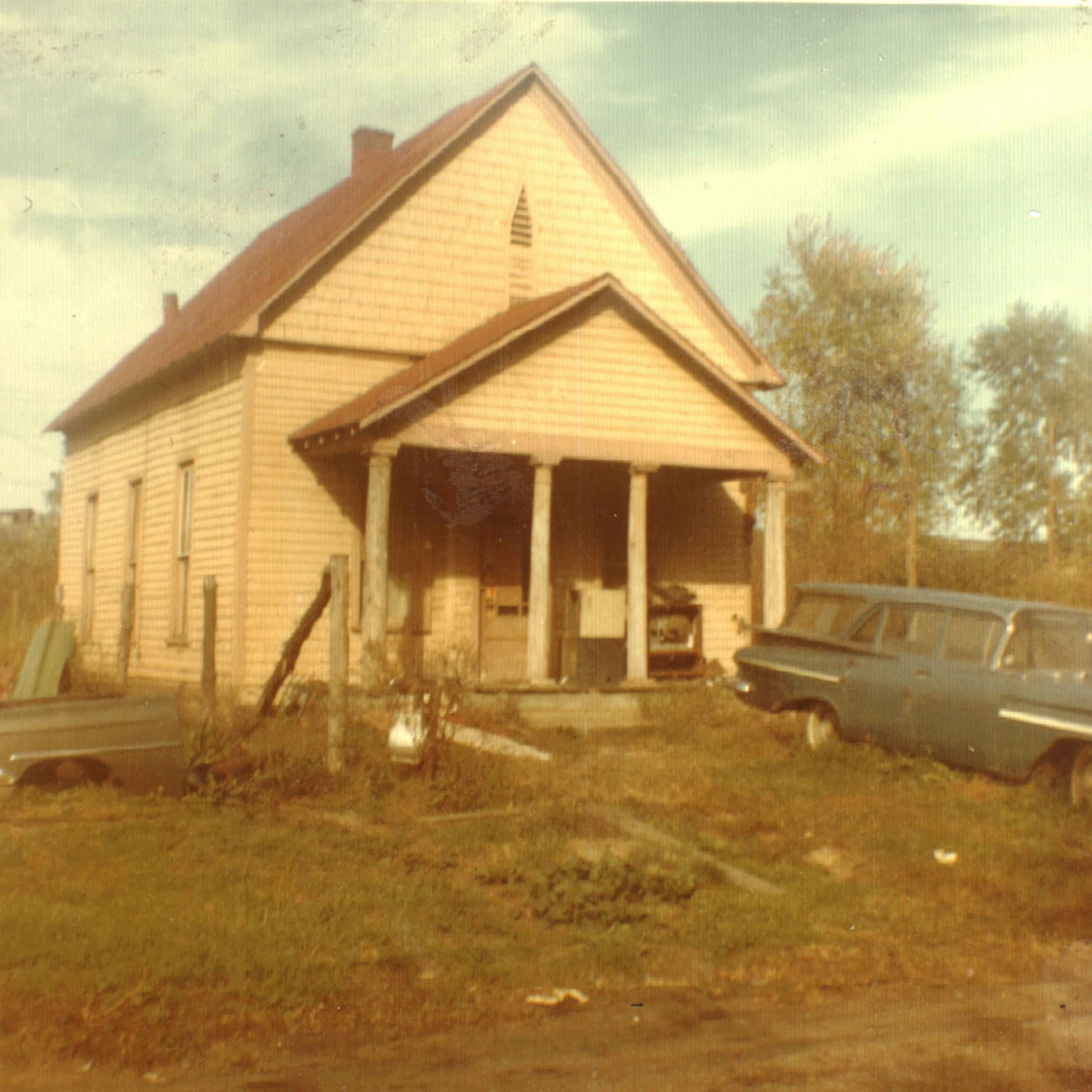 Another picture of the schoolhouse, with the porch enclosed, likely shortly before its destruction. Image courtesy of the Ceredo Historical Society Museum. 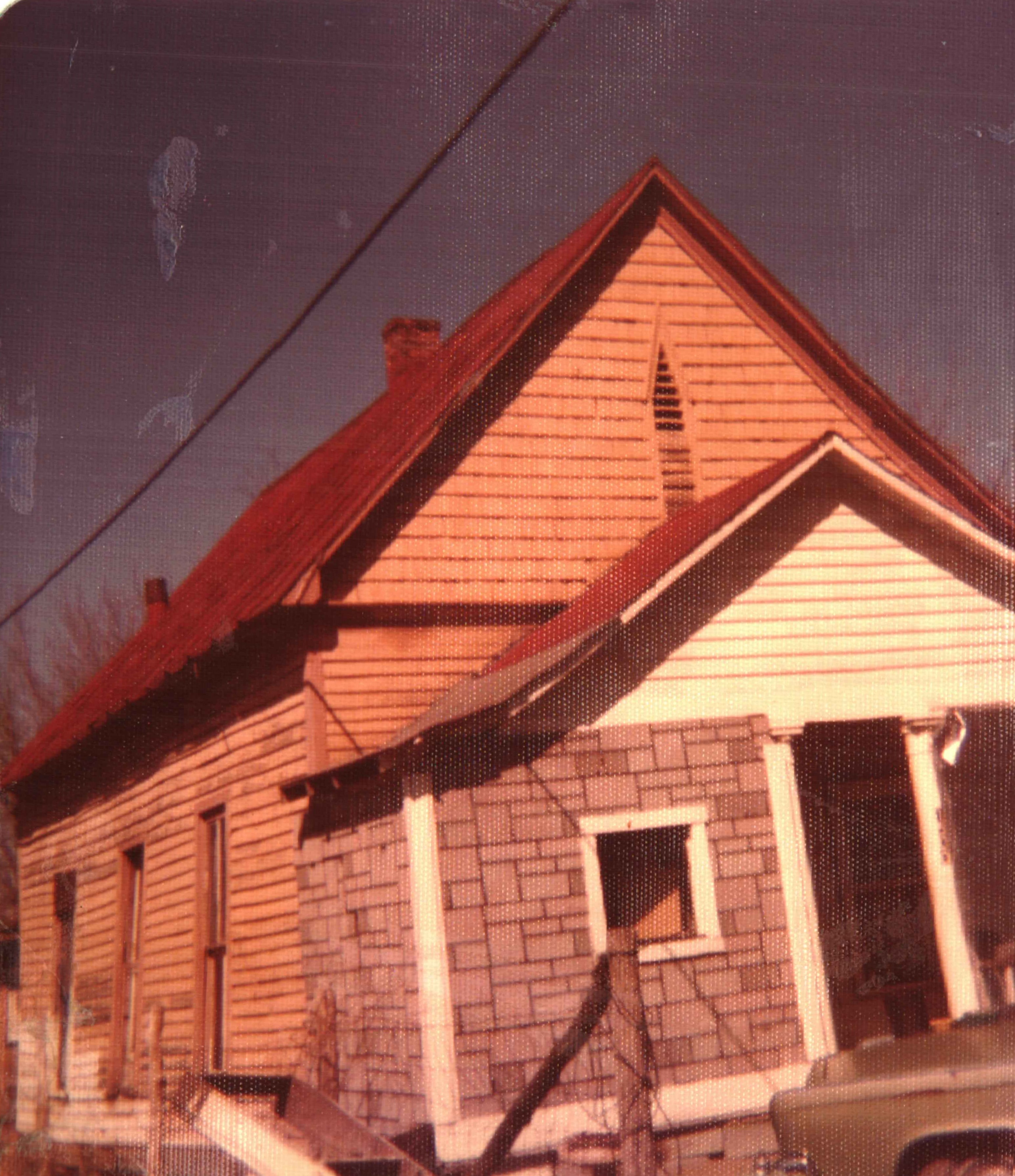 The Ceredo Colored School (center) during a flood in February 1897. A steeple can barely be seen on the north side of the structure. Image courtesy of the Kenova Historical Commission. 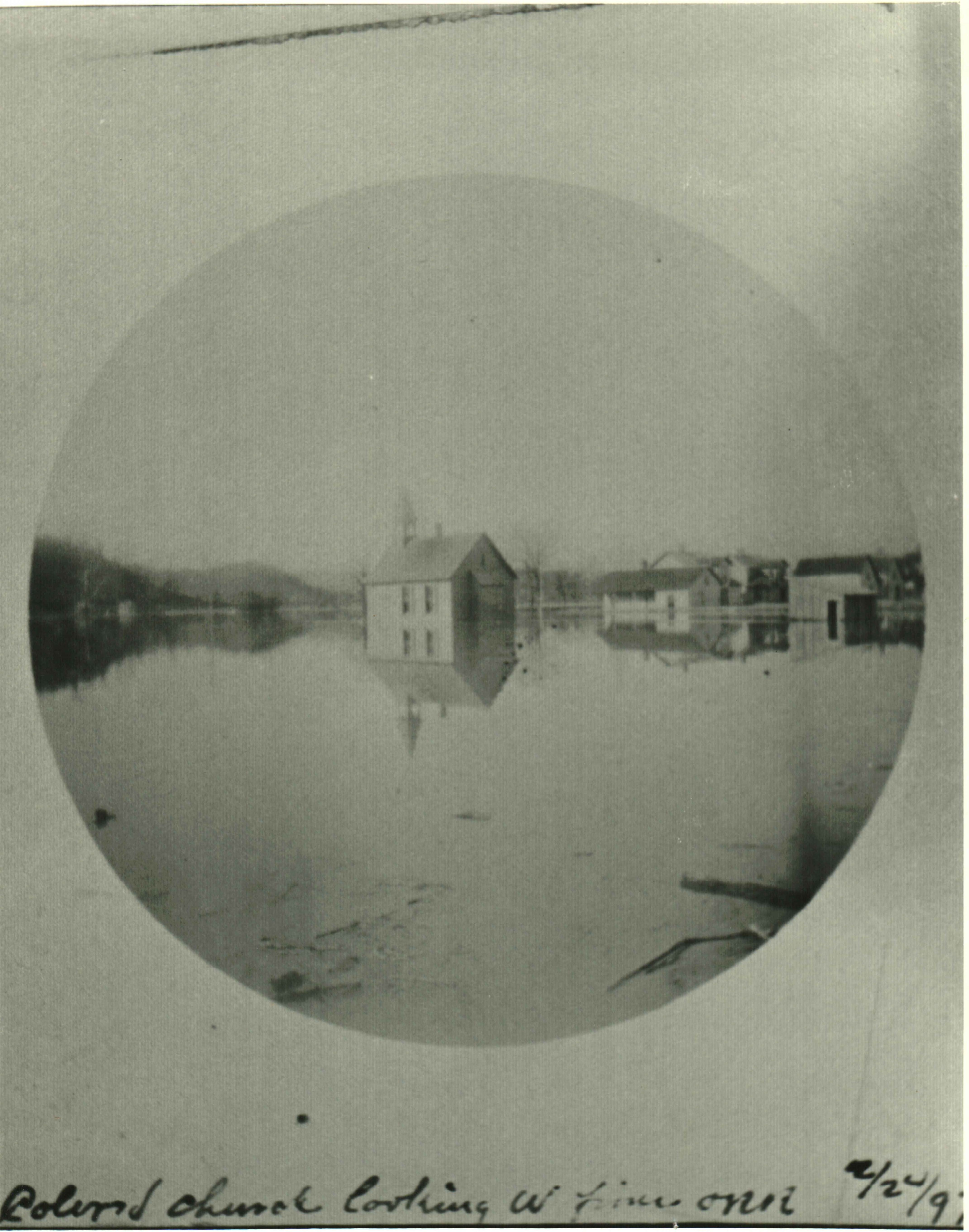 African American students of the Ceredo School in 1915. Image from the 1915 Ceredo-Kenova High School yearbook; courtesy of the Ceredo Historical Society Museum. 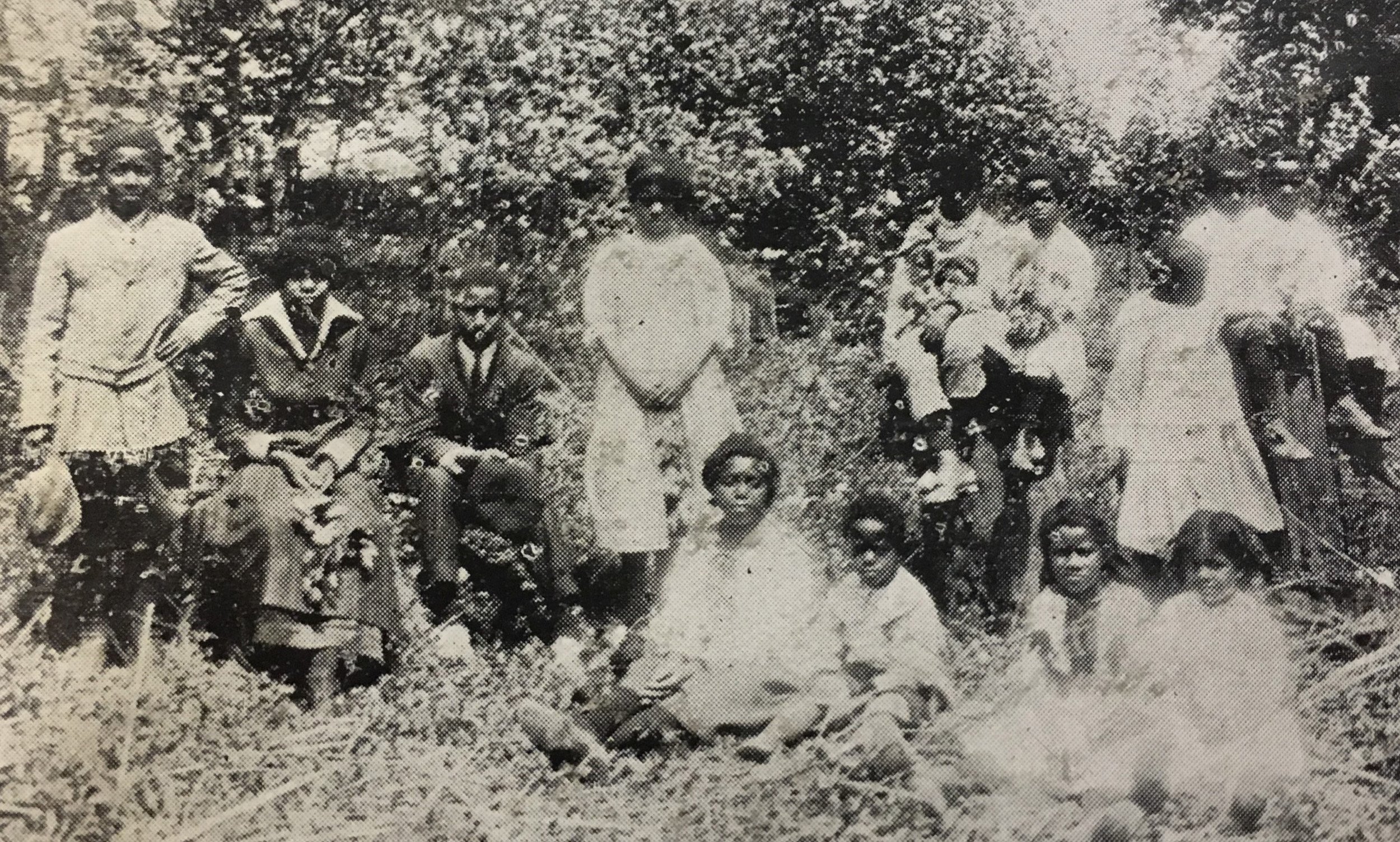 One of only two currently-known teachers at the Ceredo School was Ezra Mullen, who taught around 1915. Image from the 1915 Ceredo-Kenova High School yearbook; courtesy of the Ceredo Historical Society Museum. 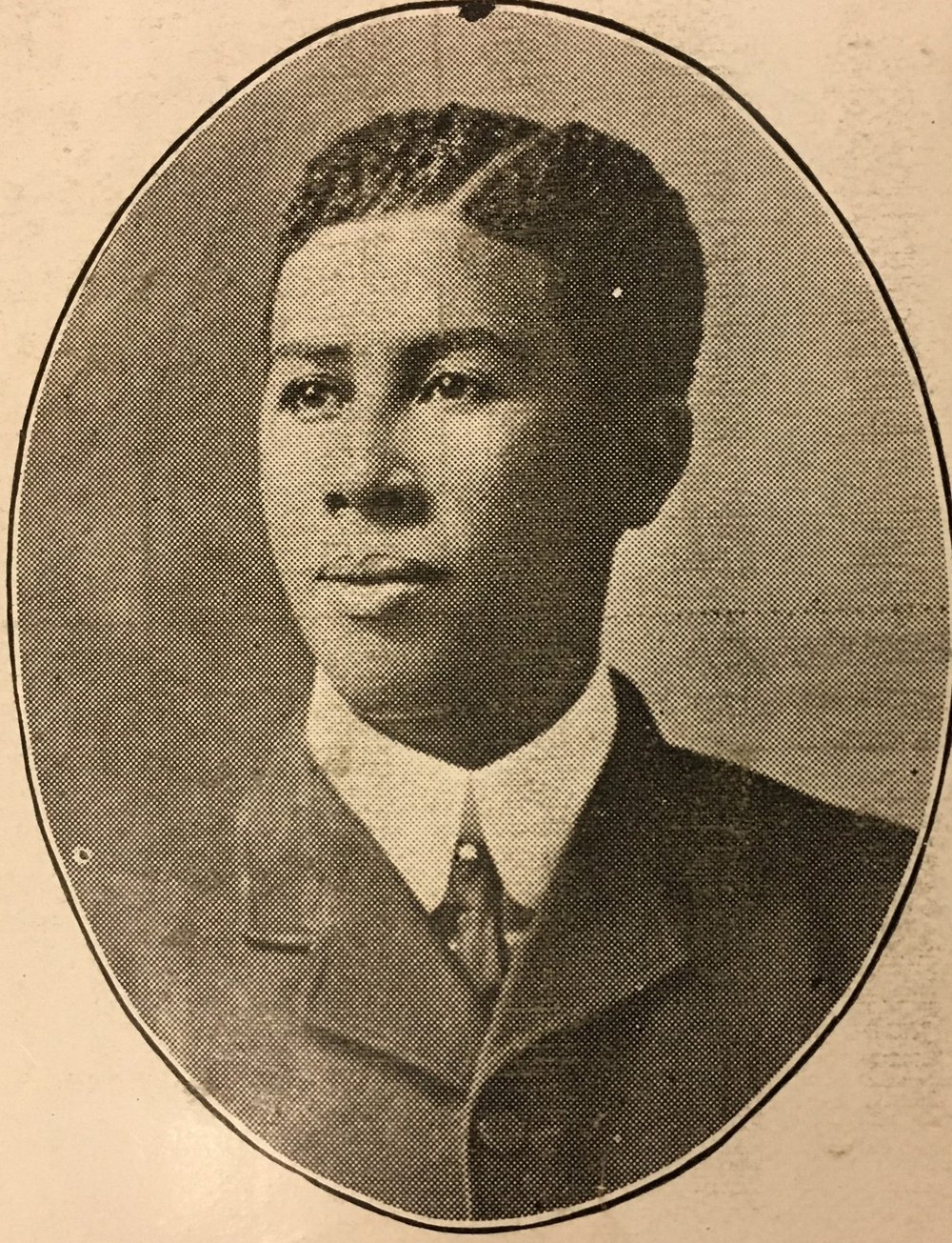 The new state of West Virginia was faced with the issue of educating African Americans following the end of the Civil War and slavery. Initial efforts came during and immediately after the war with missionaries and the U.S. Freedmen’s Bureau operating a number of private schools for African Americans of all ages. A law passed by the West Virginia state legislature in 1867 allowed the creation of public schools for African Americans if there were at least fifteen students to attend. A new state constitution ratified in 1872 mandated that African Americans be provided with educational opportunities, but also required them to attend separate schools from whites. From then until the Brown v. Board of Education case in 1954, school segregation was an official policy in West Virginia.

The African American population in Wayne County has historically been small; at its peak there were less than three dozen families. These included the Spiller, Harris, Dickerson, Mullen, Lower, Pogue, and Hamby families in Ceredo. Only a handful of African American schools were established in the county during the entire history of segregation. The earliest known one opened in 1870 near present day Fort Gay. Another was built around 1872 near the town of Wayne. A school in Ceredo was built sometime afterwards, with one source stating the date as 1875. A mixture of both Black and white teachers were hired to teach the schools over the years; many of them came from Ohio due to shortages of teachers in West Virginia.

Very little is known about the school in Ceredo, referred to in documents merely as the Ceredo Colored School. The schoolhouse was located at the 1400 block of B Street at the eastern end of Ceredo near where the flood wall stands today. The only people known to have taught at the school were Ezra Mullen and Jessie Pogue. In Carter G. Woodson’s article “Early Negro Education in West Virginia,” Pogue was described as “a woman of ambition and efficiency” and during her tenure the school “accomplished much good and exerted an influence throughout that county.” The school taught students up to the eighth grade. Those who sought further education could attend Douglas High School in nearby Huntington. In addition to holding classes, the schoolhouse on B Street was also used as a church and meeting place for the African American community.

The number of students at the B Street school was always small, and began to decrease over the years as most of Ceredo’s African American families moved away, many to Huntington. Around the early 1930s the B Street school closed and students were transferred to a new African American school on Seegar Hill, an area at the intersection of James River Road and Hubbards Branch Road. The Seegar Hill school had previously been for white students; when it became African American, white students in the area were transferred to either Ceredo Elementary School or a newly-built school in Westmoreland.

The Seegar Hill school was short-lived, and closed by the early 1940s. By that point enrollment had become so low that the school board found it more economical to have the remaining African American students transported to school in Huntington every day and pay for their dinners. The B Street schoolhouse meanwhile had been sold by the school board after its closure and was converted into a residence. It fell into a state of disrepair over the next few decades and was eventually destroyed by fire around 1970. According to local lore, a man living next to the building attended a town council meeting to complain that the structure, now abandoned, was an eyesore. Mayor Mose Napier was reputed to have replied “If the building was next to my house I would burn it down.” The schoolhouse burned down the next morning.