The Ceredo Plaza is a strip mall located to the south of Route 60 in Ceredo. The large tract of land occupied by the plaza previously served as a greyhound race track, golf course, and drive-in movie theater. The shopping center opened in 1976 and created an economic boon for the community. The extra revenue allowed Ceredo to pursue infrastructure improvements and expand public services. The plaza suffered a hit in 2004 when its anchor store, Big Bear, shuttered. While it is not as successful as it was in its earlier years, the Ceredo Plaza remains an integral part of the economy of Ceredo and Kenova.

The Ceredo Plaza contains spaces for around twenty stores, and has been a vital part of the local economy for four decades. Image courtesy of the author.

The former Big Bear complex has been supplanted by two smaller businesses. Image courtesy of the author. 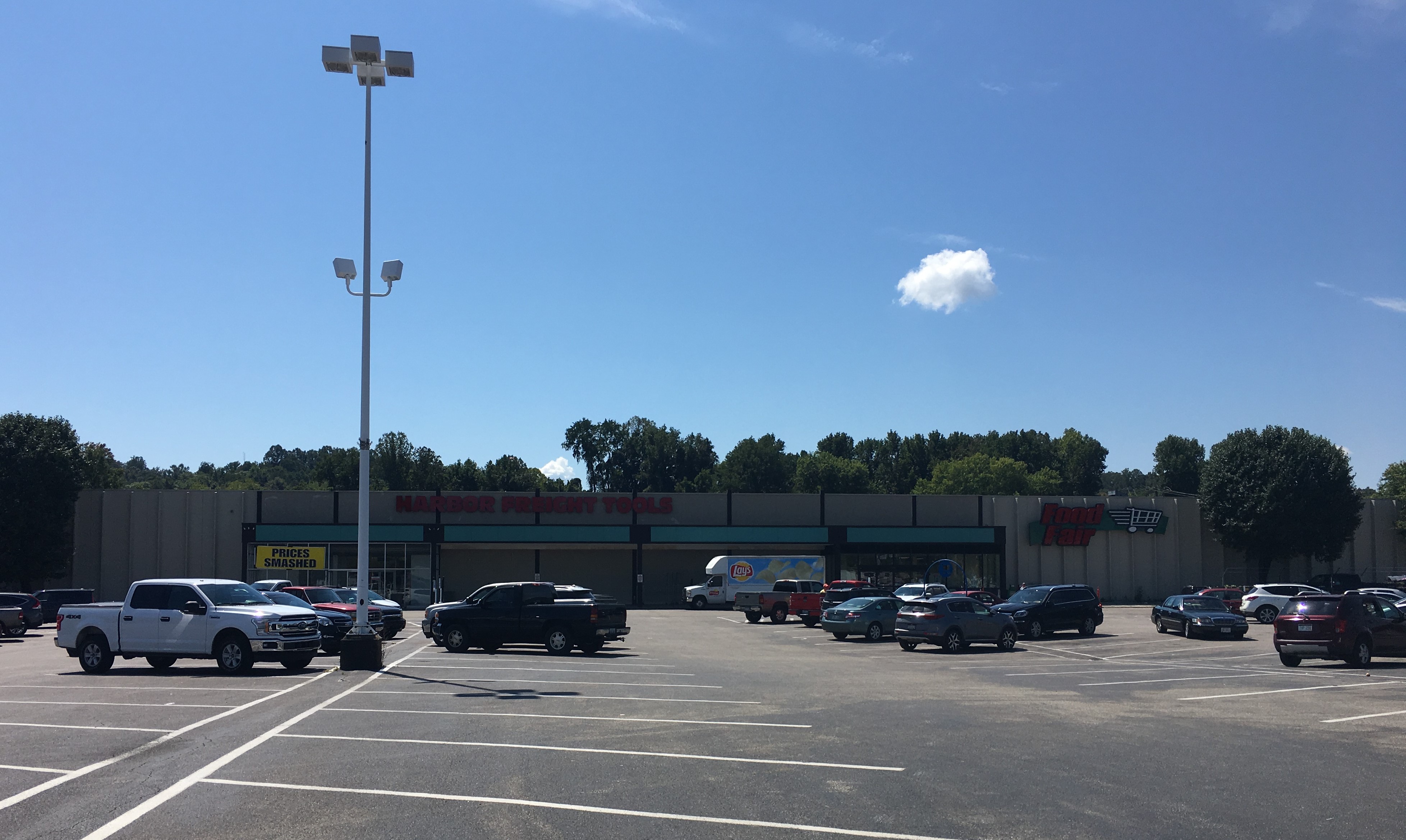 The property first came to attention in the 1920s when it became home to a very successful but short-lived greyhound racing track. Image courtesy of the Ceredo Historical Society Museum. 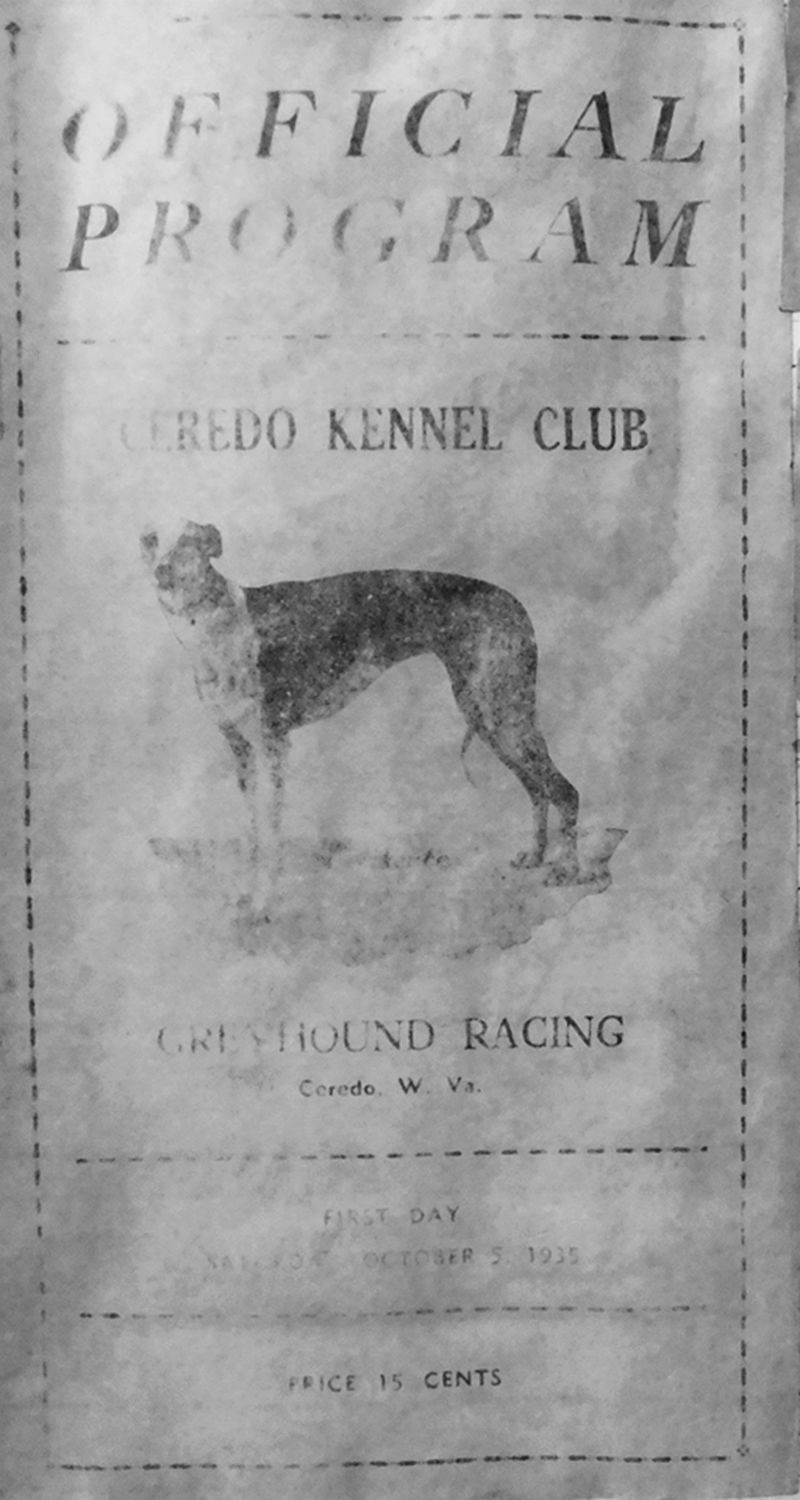 Ceredo-Kenova High School used the site of the racetrack for football games for several years after the track's closure. The massive grandstand was destroyed by a storm in 1940. Image obtained from the Ceredo Historical Society Museum. 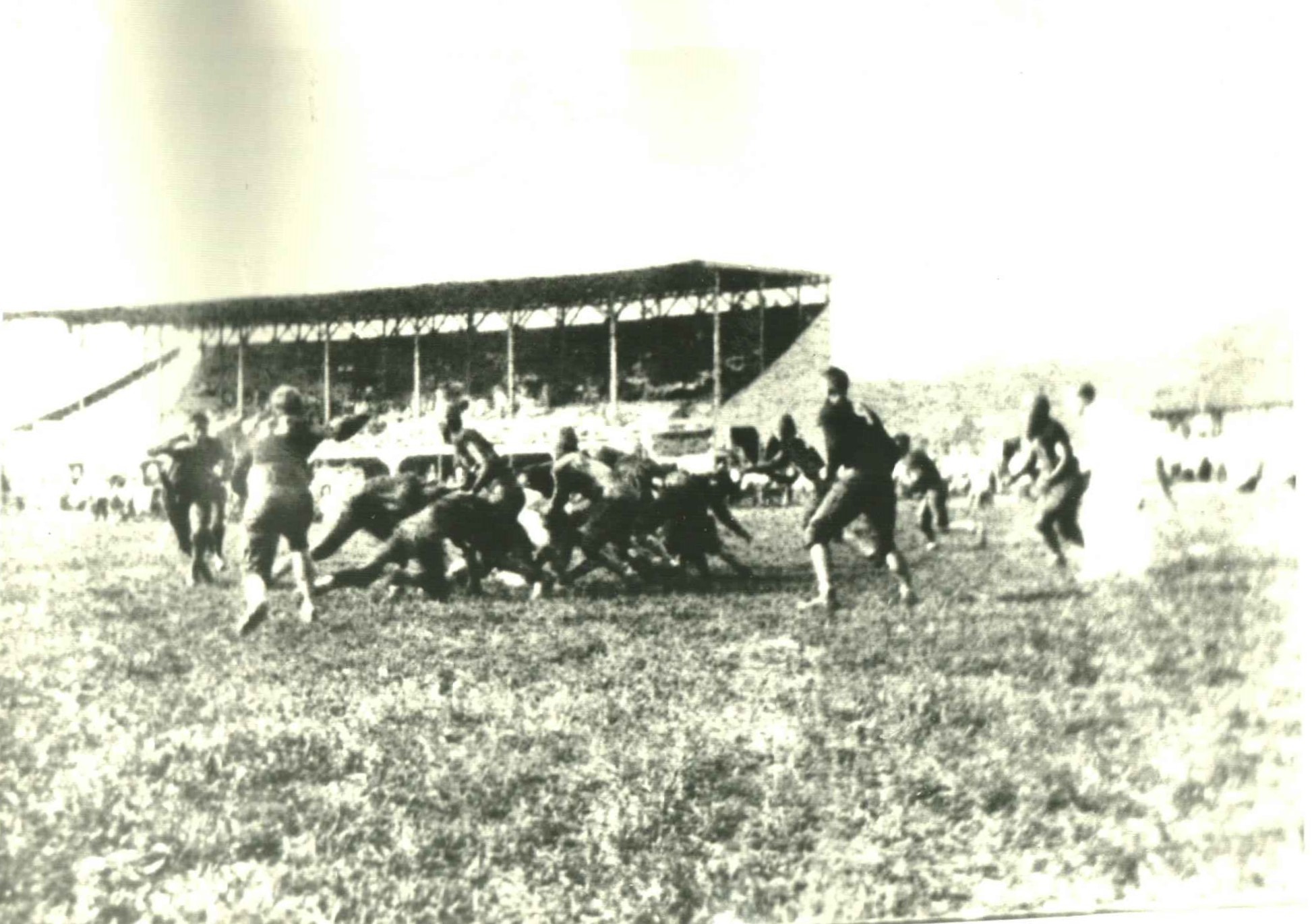 The plaza shortly after its opening in 1976. Image courtesy of the Ceredo Historical Society Museum.

For many years a large plot of land to the south of Route 60, next to West 6th Street in Ceredo, was owned by the Hoard-Stark family. At one point it was nothing more than a cow pasture. In August 1926 a greyhound dog racing track was constructed on the land. The quarter-mile-long track included a wooden grandstand with seating for 10,000 and a small adjacent park. It was owned and operated by T. W. Scott, a notable greyhound racing promoter from Lexington, Kentucky, and manager of the Ceredo Kennel Club. The track opened to great fanfare in September with a 30-day celebration featuring nightly races. It quickly became wildly popular, with people traveling from across the Tri-State to attend the races. Business sharply declined once new regulations prohibited betting on greyhound races, but the track remained in operation until 1935. The facilities were later used for community events such as Ceredo-Kenova High School football games until the grandstand was destroyed by a storm in 1940.

In June 1948 a drive-in movie theater was constructed on the western portion of the lot. It was the first of six drive-in theaters to open in the Tri-State area during the late 1940s and early 1950s. The Ceredo drive-in remained open until around 1974. Meanwhile, twenty-five acres on the eastern portion of the lot operated as the Wayside Golf Course.

The idea to convert the property into a shopping center was considered throughout the late 1950s and 1960s. In 1959 for example, a group of Pittsburgh investors sought to build a 200,000 square foot facility with parking for 2,000 cars at a cost of $2 million. The plan never came to fruition. In the early 1970s the Stark family, which still owned the land, sold it to an Ohio-based developer to build a shopping center. In 1975 the Town of Ceredo issued $3 million in revenue bonds to fund construction of the center, which would be named Ceredo Plaza.

The major anchor store of the plaza was Big Bear, a regional supermarket chain with stores throughout Ohio and West Virginia. The first phase of the plaza, consisting of Big Bear and a few other stores, opened on November 10, 1976 and was an instant success. Over the next two years more buildings were constructed, creating space for around twenty small businesses. The original occupants included restaurants, a beauty salon, a video rental store, an arts and crafts store, a nutrition store, and a veterinary clinic. The plaza became a boon for the local economy and provided tens of thousands of dollars in tax revenue to the Town of Ceredo annually. Thanks to the increased revenue Ceredo was able to expand its police department, make infrastructure improvements, and fund beautification projects.

The Ceredo Plaza received a devastating blow in 2004 when Big Bear closed after the chain filed for bankruptcy. Following the loss of the anchor store, many of the smaller businesses began shuttering as well. The issue was alleviated slightly when FoodFair opened in the eastern half of the former Big Bear store in 2013; a hardware store occupies the western half. Despite this, the plaza today still struggles with a high vacancy rate.