The First Baptist Church of Kenova is an iconic church in the Kenova, West Virginia community. The first incarnation of the church was established in 1897 but was short lived. In 1908 it was revived and has remained in operation ever since. After starting with thirteen members, the church today is one of the largest in Wayne County and very prominent in the community. 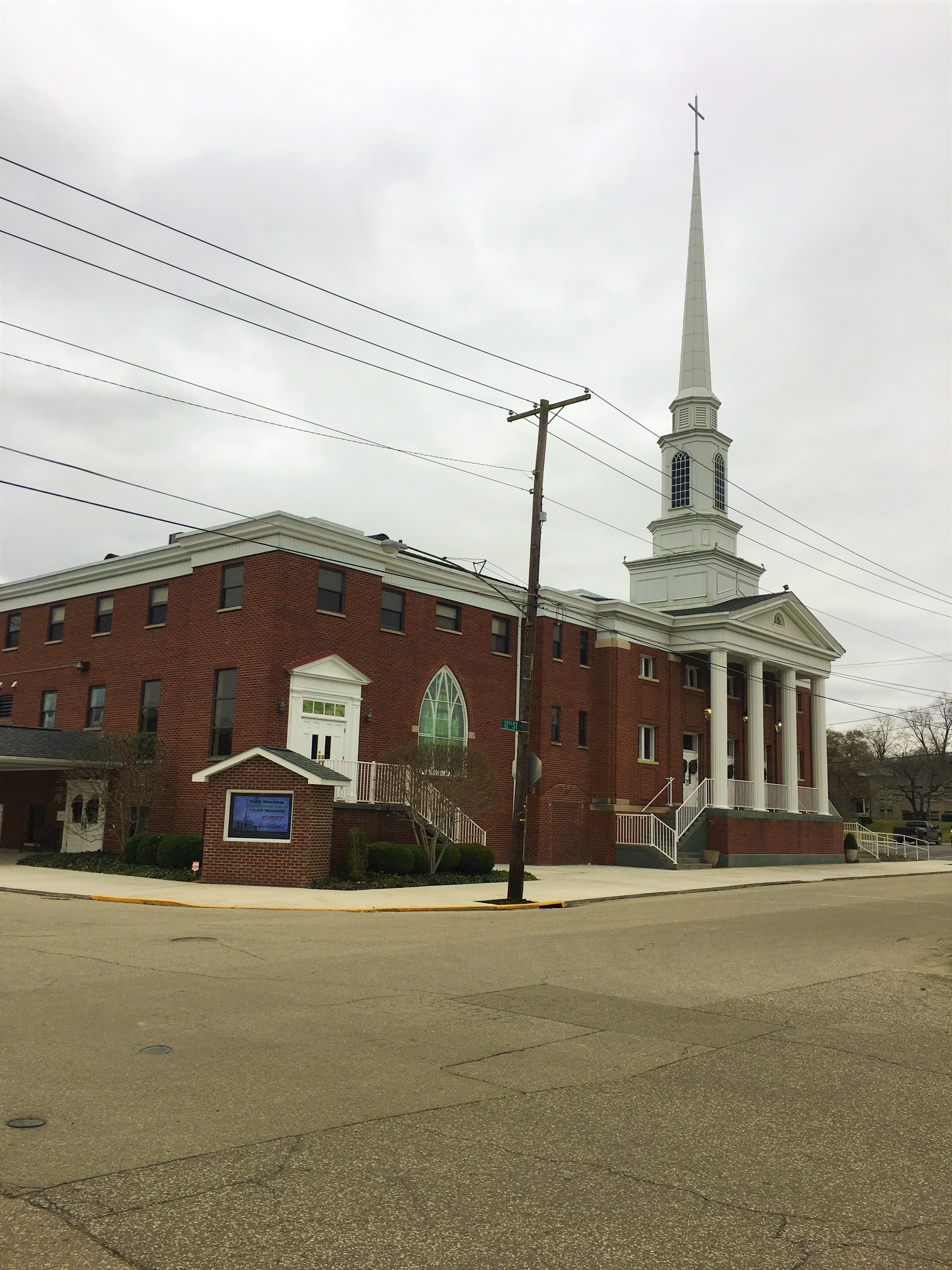 The bell from the original 1914 church building is on display behind the church. 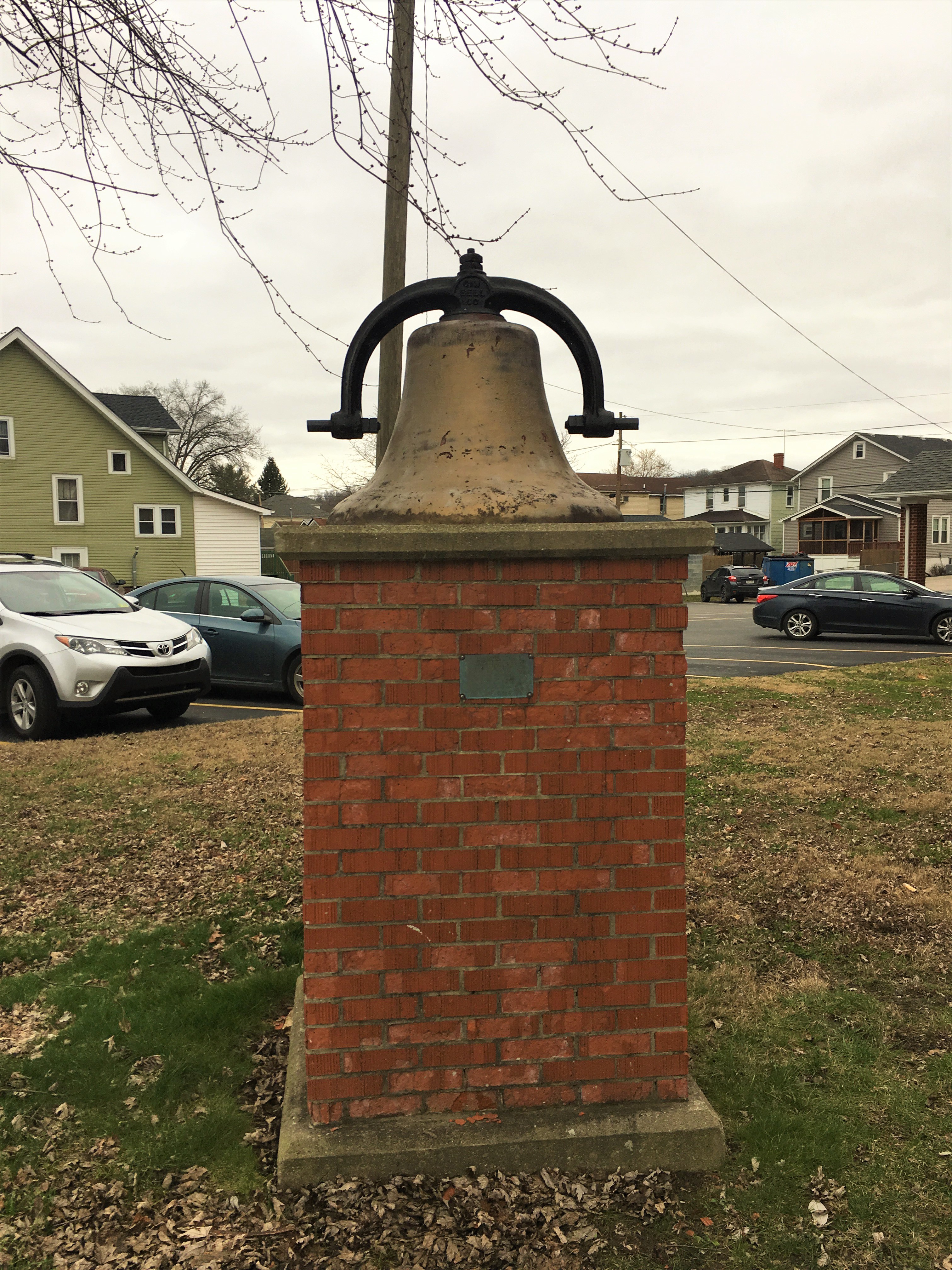 Moved to Kenova from Tornado, West Virginia, this building served as a short-lived Episcopal church before being shared by several denominations including FBCK. Courtesy of the Kenova Historical Commission. 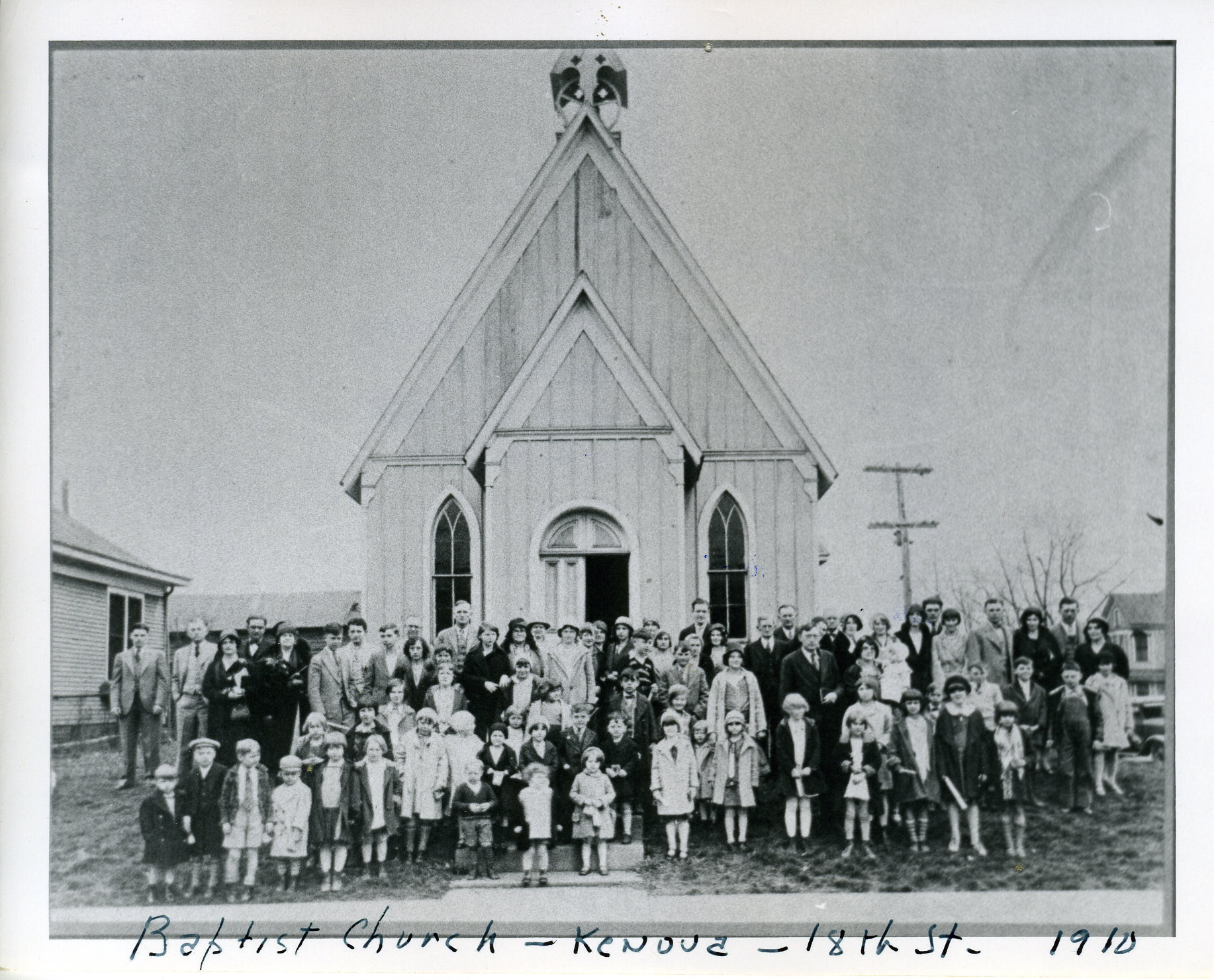 The current building sometime after its completion in 1926. Courtesy of the Kenova Historical Commission. 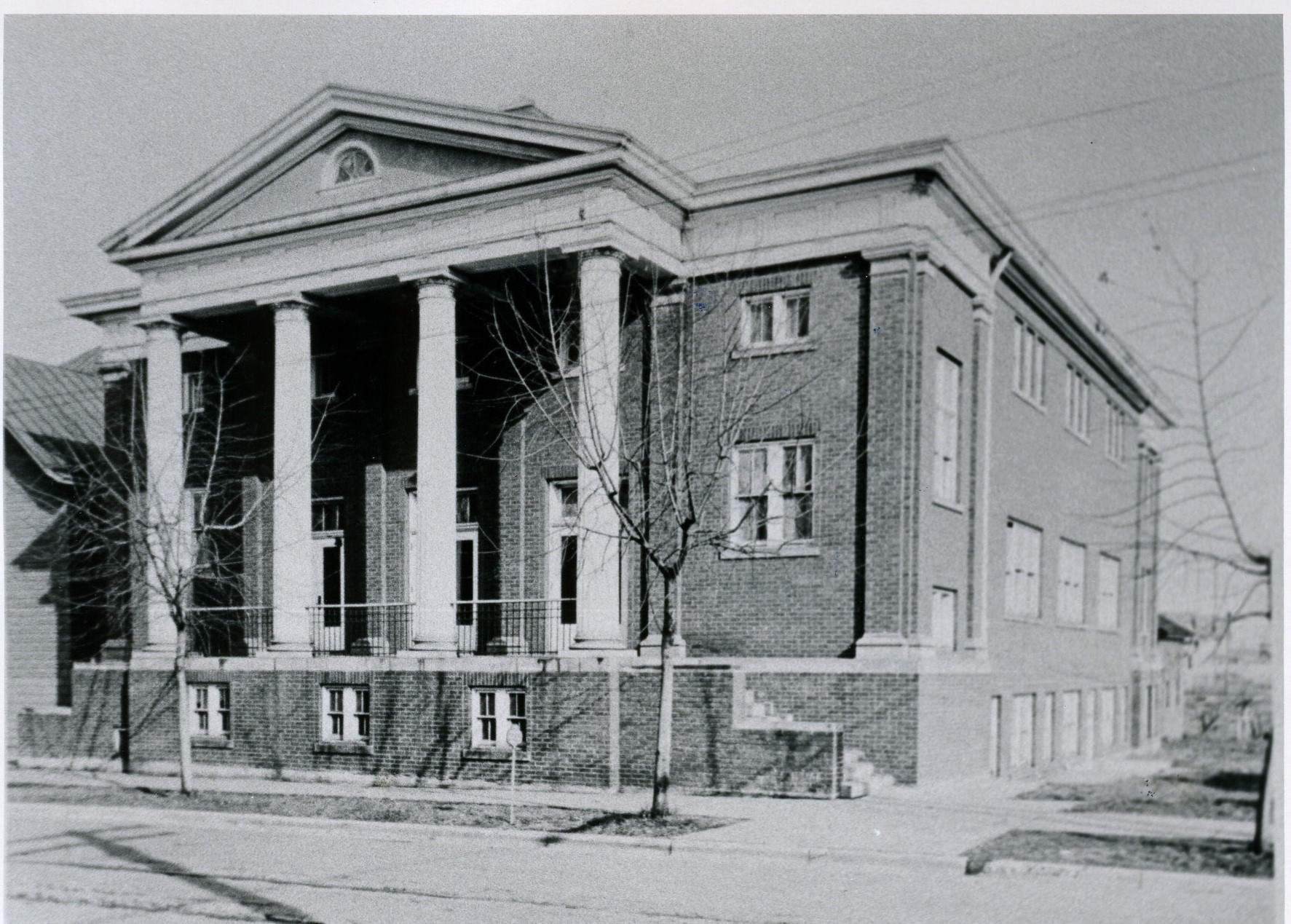 The original sanctuary of the church. Courtesy of the Kenova Historical Commission. 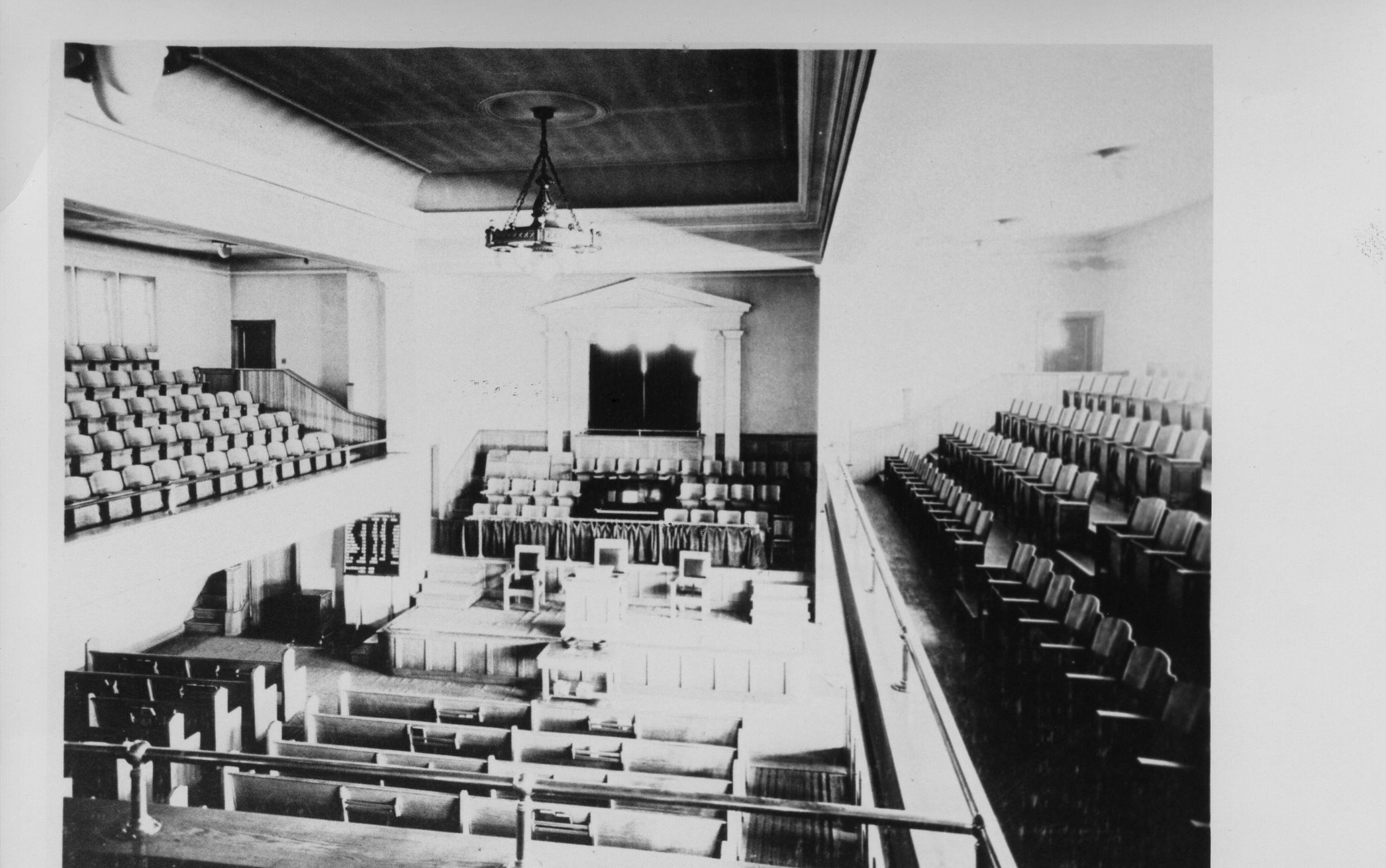 The sanctuary after renovations in 1966. Courtesy of the Kenova Historical Commission. 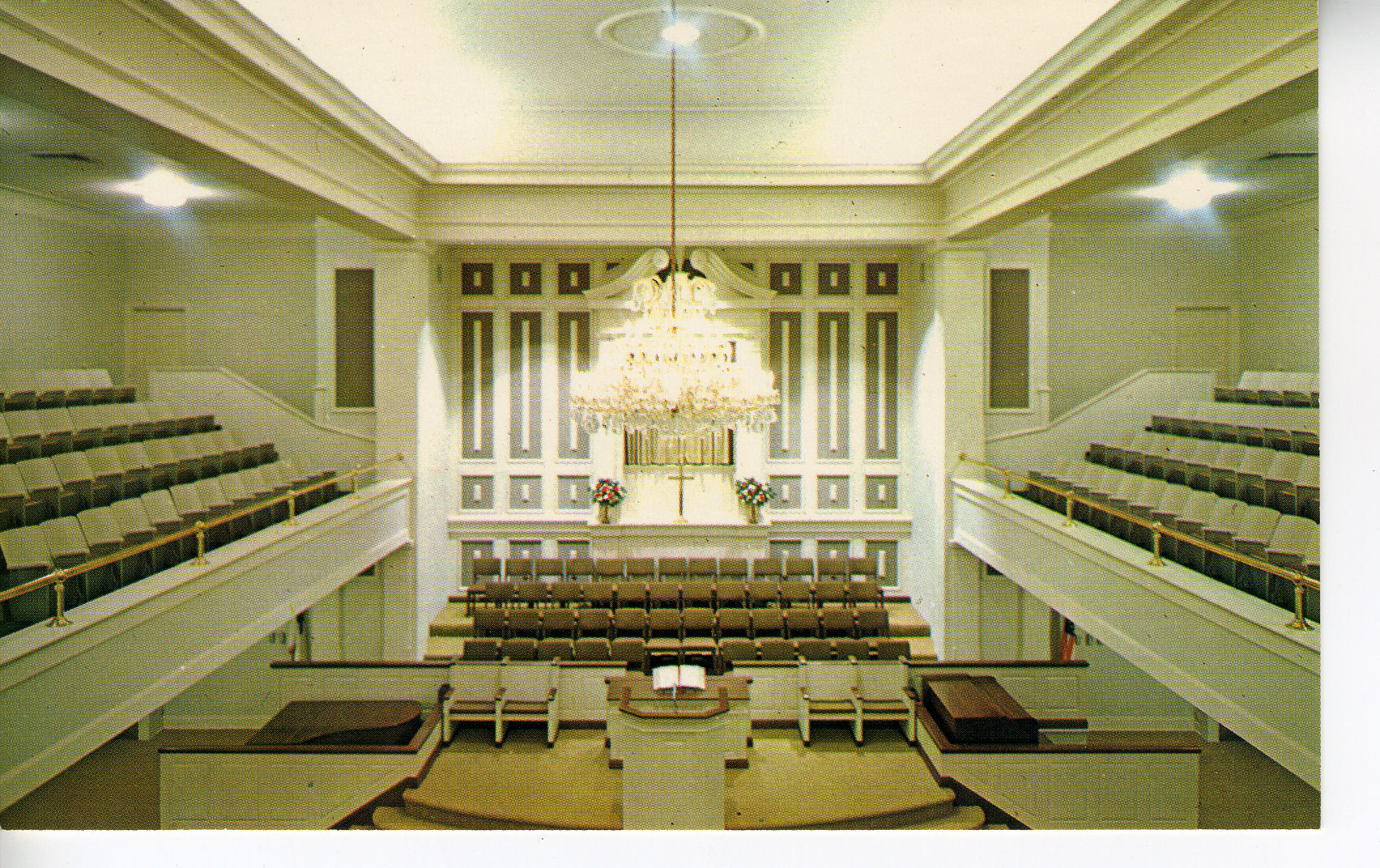 On October 5th 1980 a time capsule was buried at the Southeast corner of 12th and Poplar Street. It is due to be open in 2080. Courtesy of the Kenova Historical Commission. 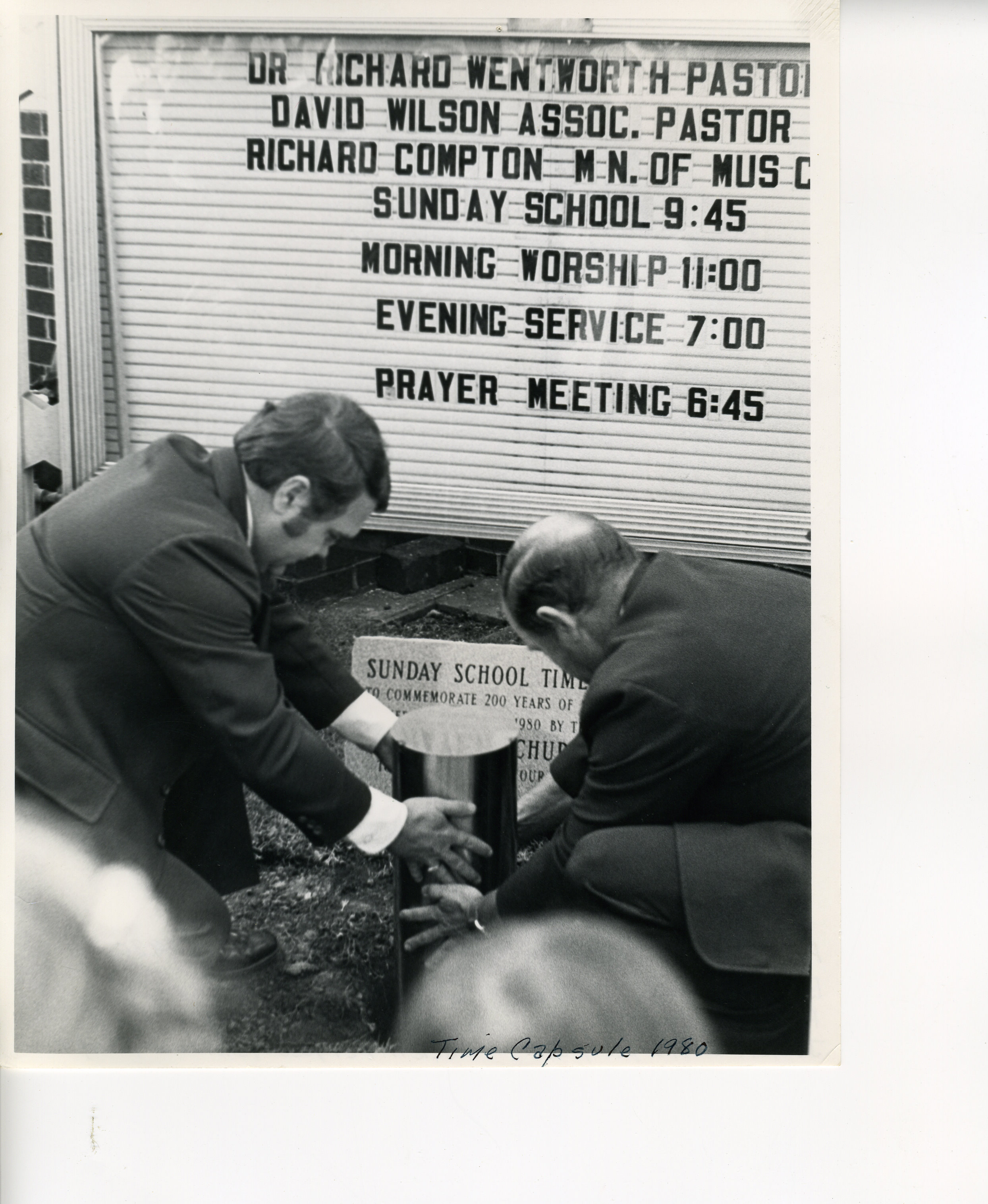 The installation of the church's well-known steeple. Courtesy of the Kenova Historical Commission. 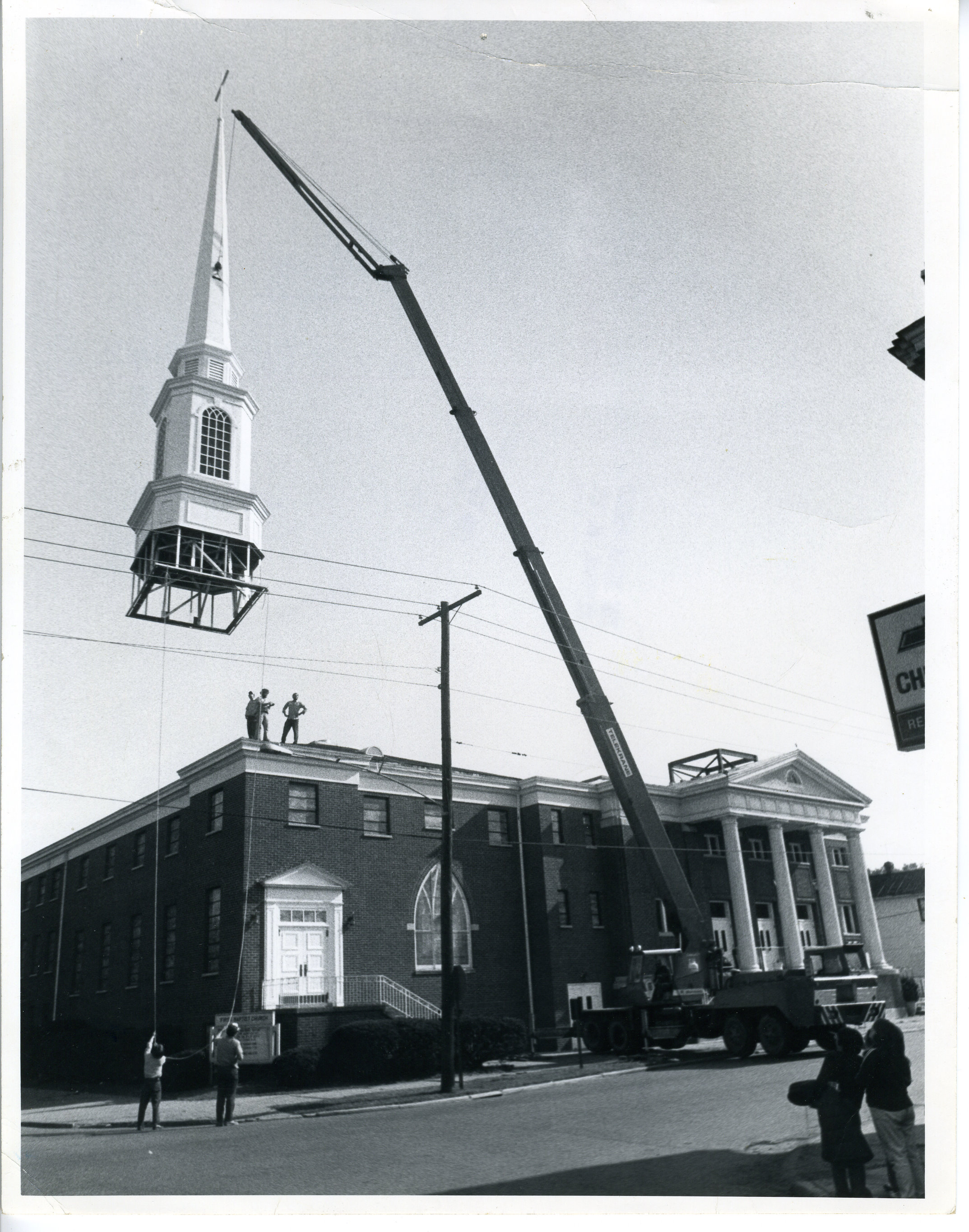 The church in the Flood of 1937. Courtesy of the Kenova Historical Commission. 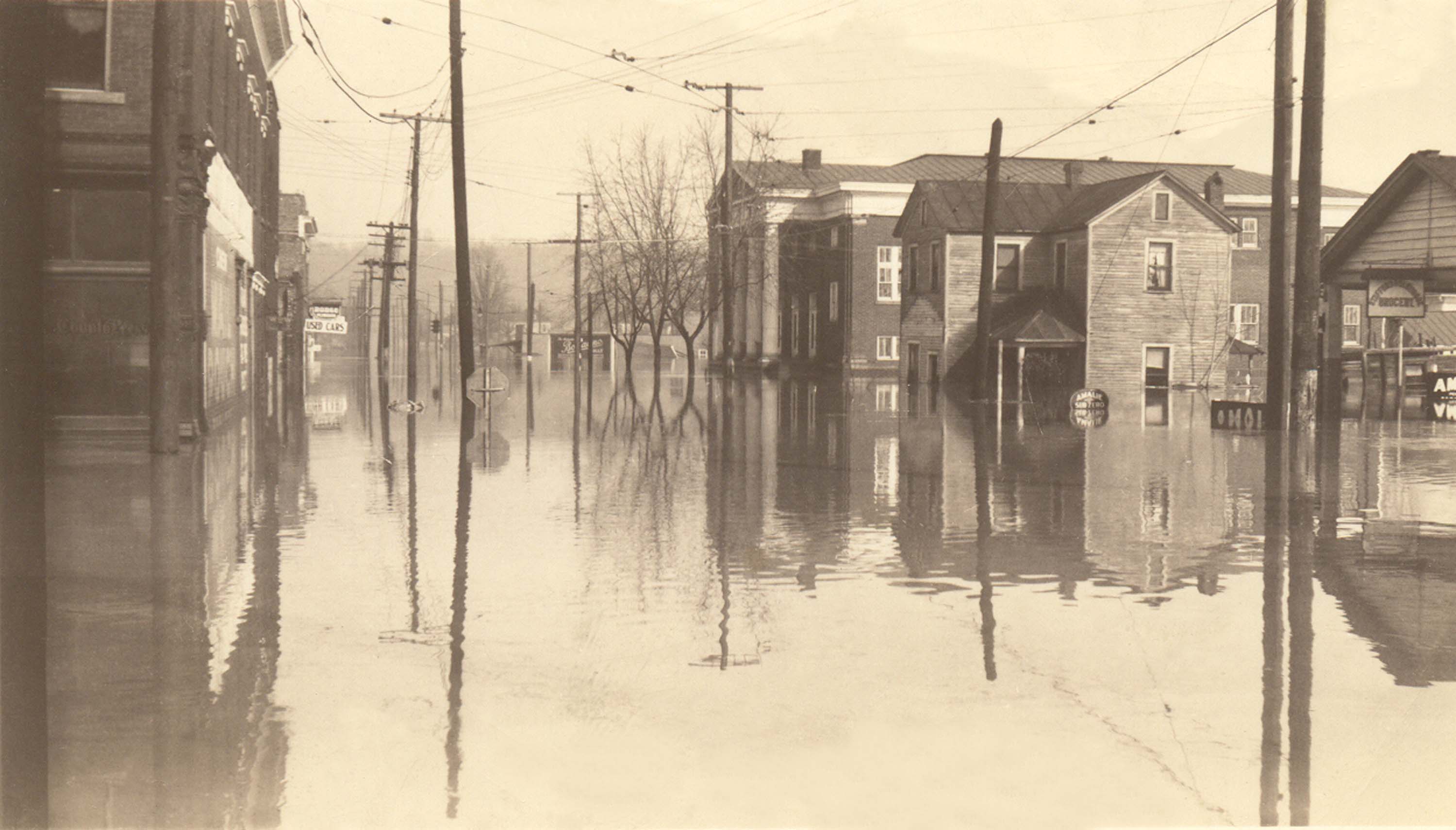 The First Baptist Church of Kenova was originally founded in December of 1897 under the leadership of Rev. Arthur Hank. The fledgling church held services in an elementary school building and at a YMCA. In 1899 the group purchased lots on the northwest corner of Seventeenth and Chestnut Streets to build a formal church building but the plan was later abandoned. By 1902 the original church had effectively disbanded. In 1908 the First Baptist Church was reestablished by Rev. Elliott Thornton Billups, along with a Sunday School and a Ladies Aid Society. The group consisted of just thirteen members. They briefly held services in Lambert’s Hall on the corner of Twelfth and Chestnut Streets before moving to a vacant Episcopal Church building.

In 1914 First Baptist finally constructed their own church on the southeast corner of Twelfth and Poplar Street. Membership swelled and in 1924 the present-day church was built next to the original in order to accommodate more people. This left the church in debt for almost twenty years. Dedication of the new sanctuary took place on September 26, 1926 with Governor Howard M. Gore giving the principal address. By the 1940s membership had reached over 1,000. In the 1950s three educational units and a parking lot were constructed around the church, with the original 1914 building being demolished in the process. In 1966 the church building underwent extensive renovations, and also added its iconic seventy-five foot steeple. In 1978 the steeple was toppled over by a severe thunderstorm and a new one was installed in 1980.

First Baptist Church of Kenova has been very active in the community and has sponsored missions both foreign and domestic. In 1955 the church built Oakview Baptist as a mission church on the outskirts of Kenova; it was granted full independence in 1967. First Baptist historically had social events such as mass baptisms on the Ohio River, sweetheart banquets, rally days, church picnics, choir concerts, and large revival services. There were also organizations including a Ladies Aid Society, various study groups, choirs, and even a local radio program. Today First Baptist Church of Kenova continues its outreach with several ministries, support groups, a podcast, and funding missions in many countries.