Running through the heart of Kenova and over the Ohio River is a 6,150 foot long, 85 foot high, and over 100 year old engineering marvel, the Norfolk & Western Railroad's Kenova Bridge. Work on the bridge began in 1890 when the N&W began constructing a line to connect Norfolk, Virginia to Cincinnati, Ohio. Laborers flooded into the area, a new town was created, and lives were lost during its construction. After 23 years of work, the first passenger trains rumbled across the river on June 9th, 1913. 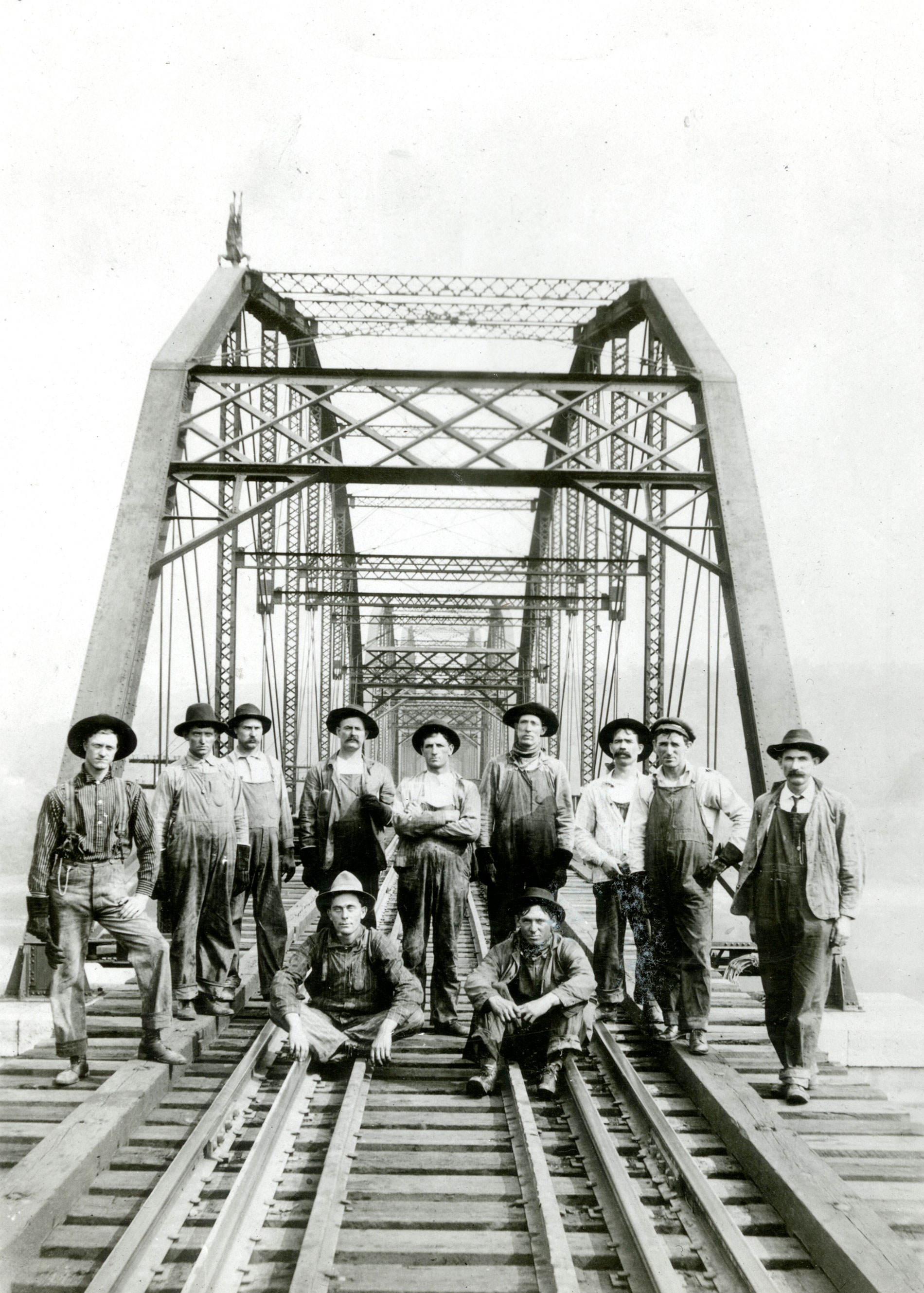 The N & W Bridge under construction. 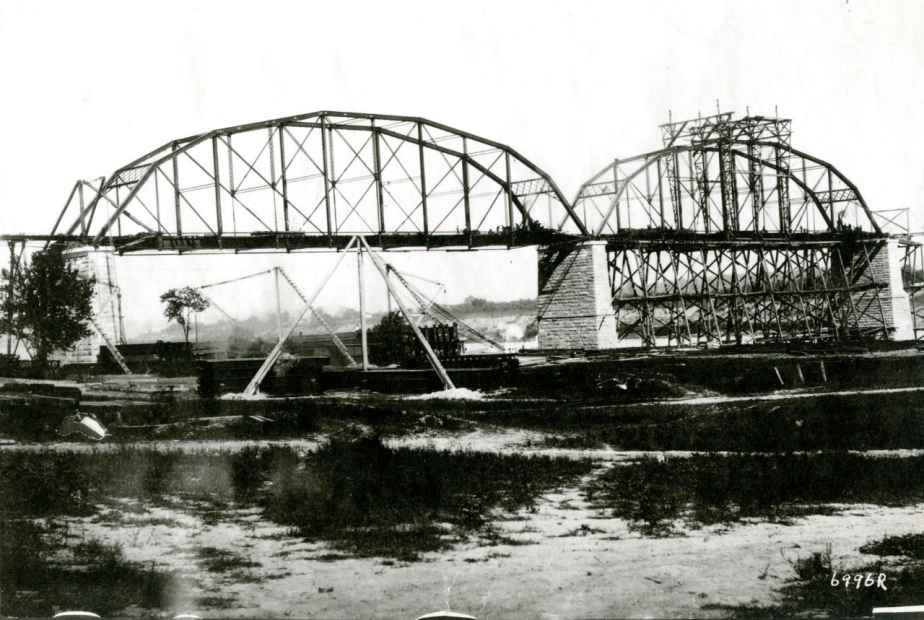 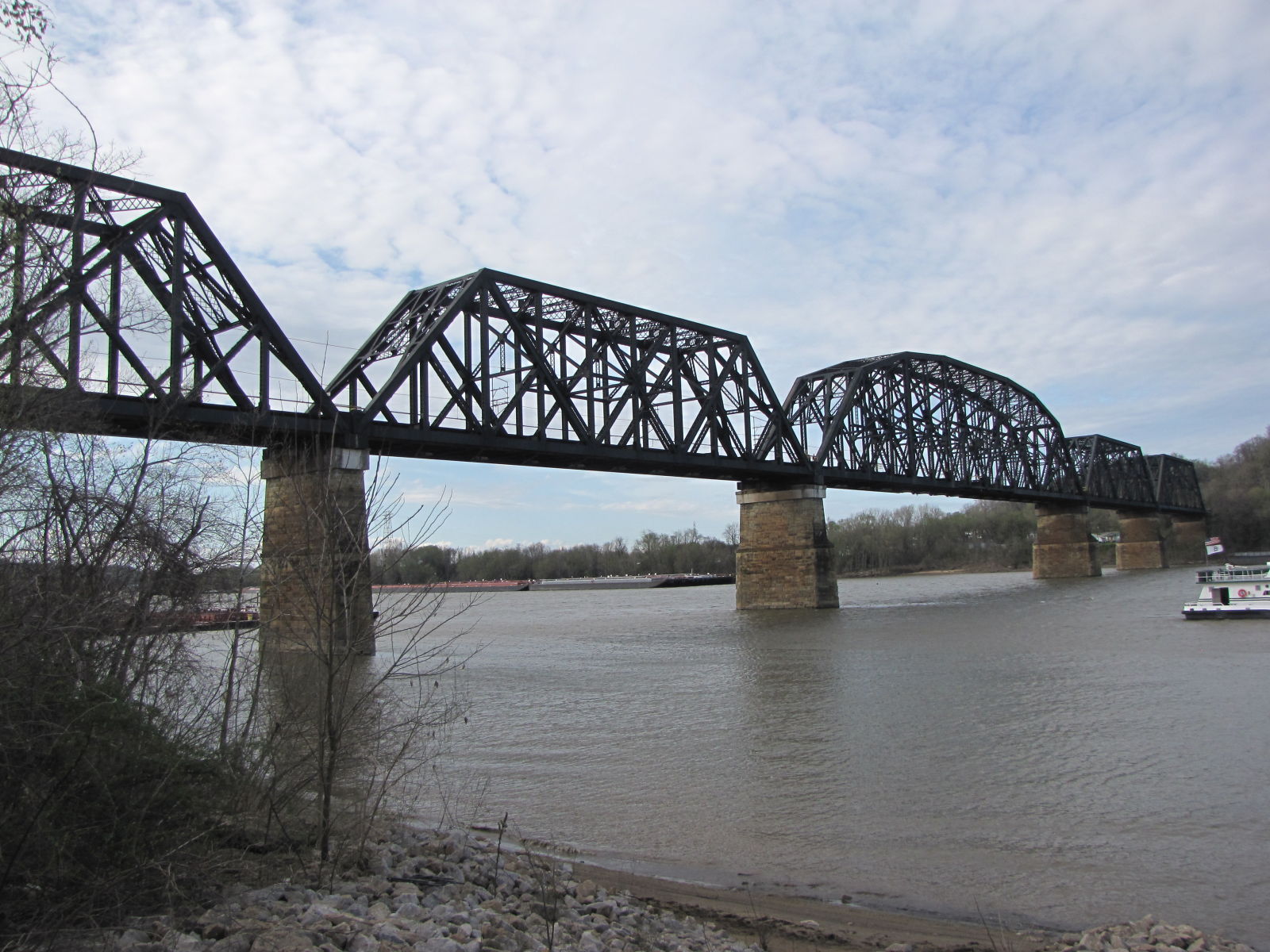 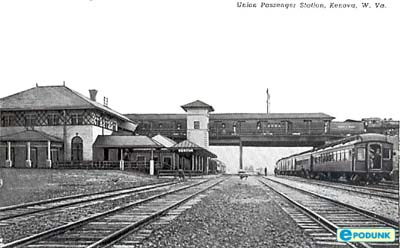 Blueprint of the proposed bridge. 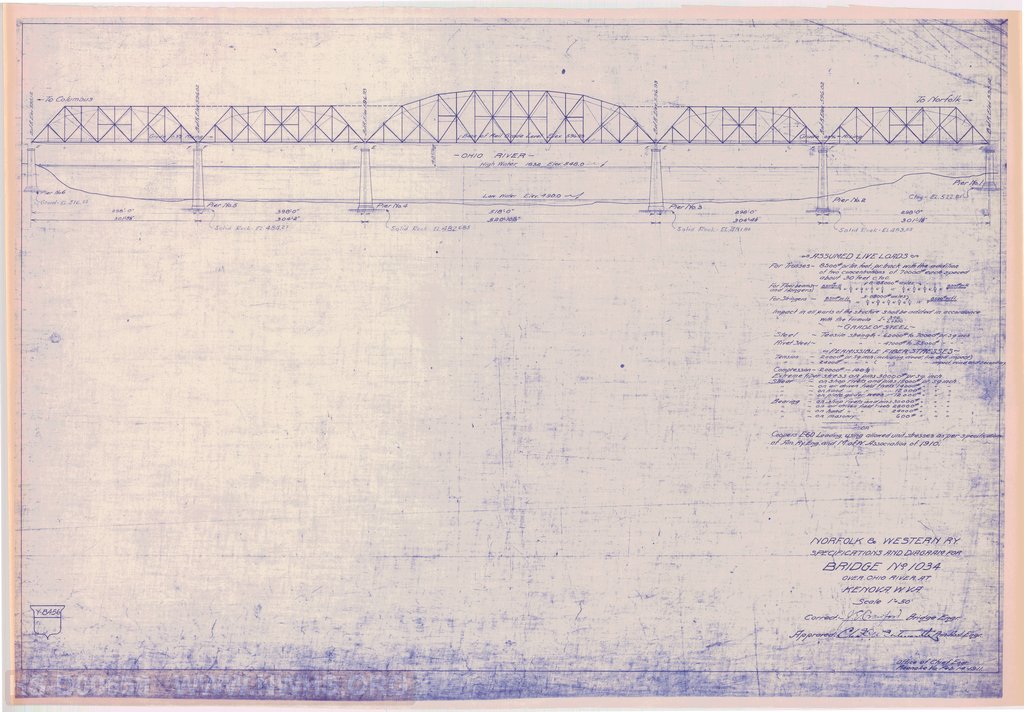 In the late nineteenth century, great change came to the tristate region in the form of railroads. Railroads were the interstate highways of the day that provided transportation of goods and people. Railroads connected individuals like never before and shrunk time and space. In the late nineteenth century, the West Virginia portion of the tristate was already busy with railroad activity. The Chesapeake & Ohio Railroad, the Ohio & Guyandotte Railroad, and the Rockcastle Railroad all already ran through the region which would become the town of Kenova, WV. However, in the 1870s Norfolk & Western Railroad officials began looking for a route to connect Cincinnati, Ohio and Norfolk, Virginia.

The N & W Railroad decided upon three possible routes: One would be through the Kanawha River Valley, another would follow the Big Sandy River which borders West Virginia and Kentucky, and the third would snake its way through the Twelve Pole Valley, a small valley situated in the middle of Wayne County between the two larger, previously mentioned rivers. The route up the Twelve Pole Valley was chosen and in 1872, the United States Army Corps of Engineers gave its approval for a railroad bridge to be constructed across the Ohio River just downstream from the town of Ceredo, West Virginia.

Workers from all over the world flooded into the area to begin construction on the railroad and the bridge. Due to the massive amount of engineering and labor required to cross the mighty Ohio, a crew of workers began on the bridge while other workers laid the track south. Within the area of the bridge, the railroad planned and constructed a new town composed of rail yards, coal tipples, and all other necessary implements to open the surrounding coal fields and transport coal. The town was laid out in a grid and soon other businesses and industries emerged in the small boom town. The town was initially be called “Chatarwha”, but later renamed Kenova.

Work on the bridge began in 1890 with the construction of coffer dams which were large wooden boxes that would be floated out on the river, sunk, and filled with stones to build the huge piers to support the bridge. A large derrick was constructed on the riverbank to help move the large stones into place. Workers worked in dangerous conditions day and night. In August 1890, two men had been found dead in the Ohio River downstream from the bridge. Although it is unknown what caused their deaths, it is possible they were workers who fell from the bridge. In March of 1891, bridge construction was slowed due to high water. At this time workers began constructing a 2,150 foot long bridge overland to get the tracks from the hills to the south to the bridge over the Ohio River. In May an “electric light plant” was floated out on the Ohio to help illuminate night work on the pillars of the bridge. By early November the massive bridge was nearly finished and the first official fatal accident occurred at the bridge. A twenty-four year old worker from Louisville, Kentucky, named Robert E. Kelley lost his balance and fell two hundred feet to his death. Over the next few years, more floods delayed work and more lives were lost, but finally, on June 9th, 1913, the bridge was complete and the first passenger trains crossed the Ohio 83 feet above the water. From the hills in the south to the north bank of the Ohio River, trains could now cross a land and water bridge around 6,150 feet long, and impressive engineering feat that stands to this day.