Kenova United Methodist Church was established in 1894 as a mission church of the Ceredo Methodist Church and remains one of the oldest congregations in the region. The congregation was located at Sycamore Street in its early years before moving to its present location in the 1910s. The current sanctuary, the church's third building, was constructed in 1980 with an educational facility added in 2003. At present, the church has over 600 members and is active in the community with a variety of programs.

The current sanctuary building was constructed in 1980 to accommodate the growing congregation. 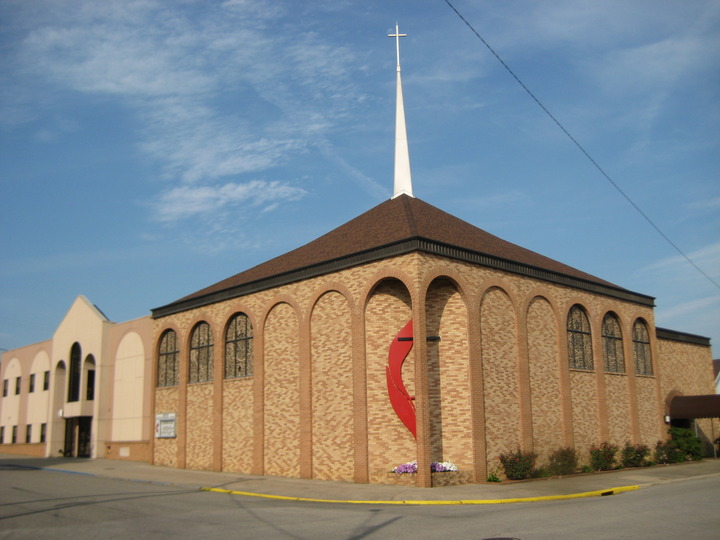 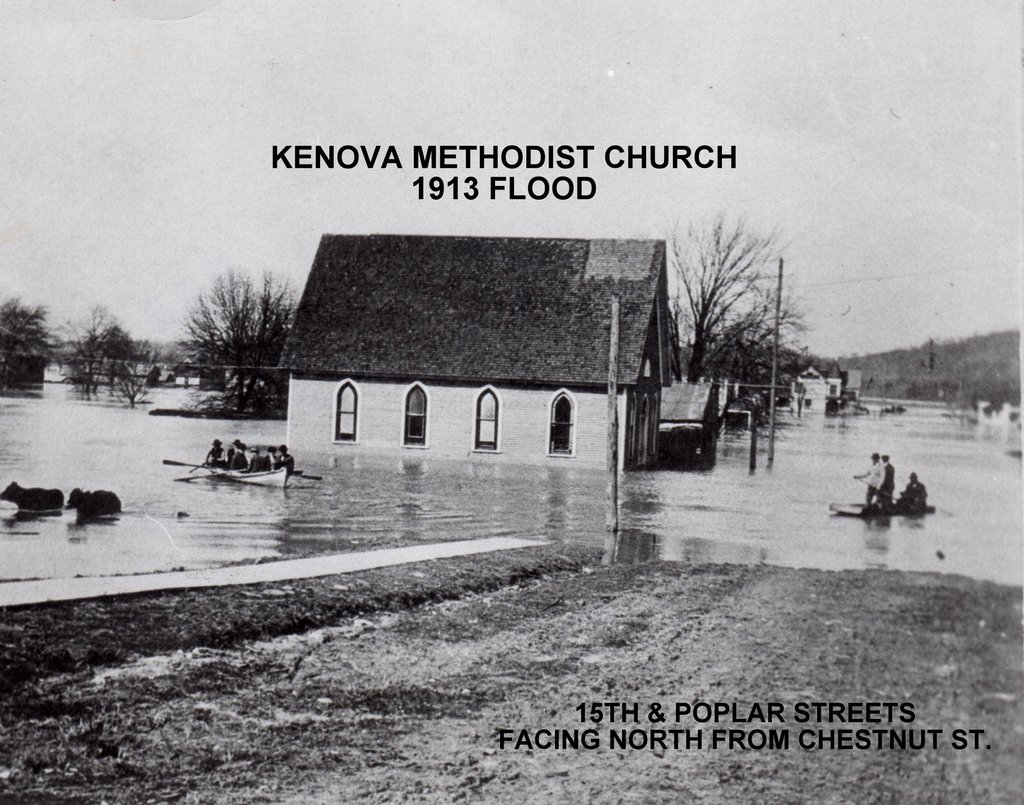 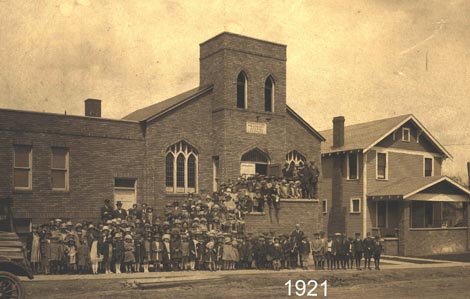 The sanctuary in the 1960s following the addition of a narthex (front lobby area). 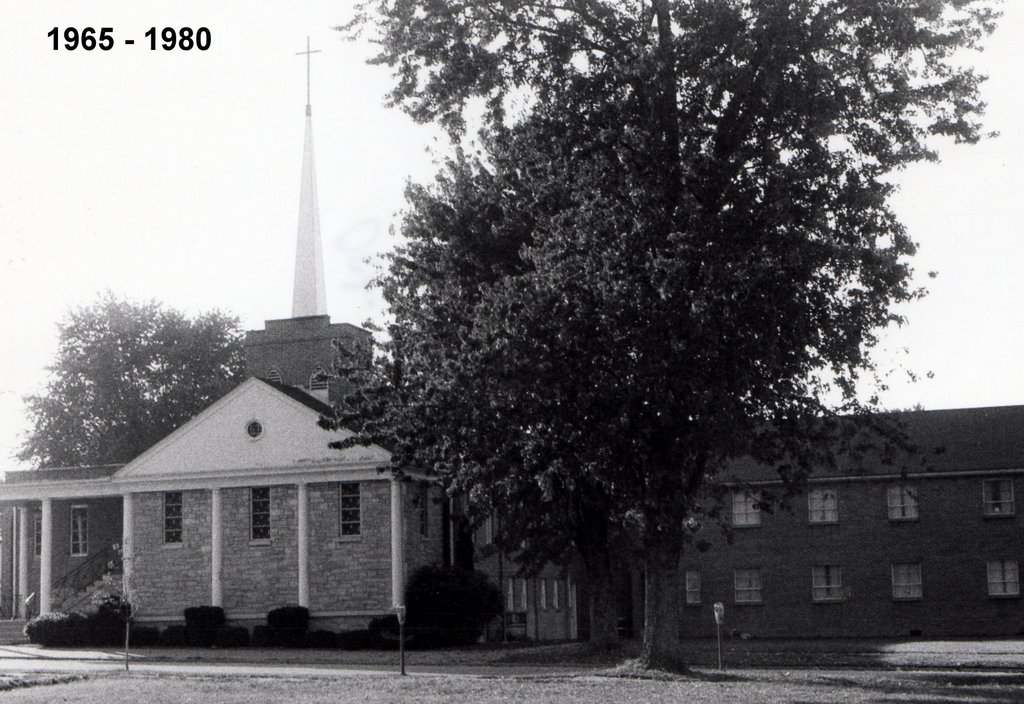 The new 1980 sanctuary building with the 1921 building to the left. 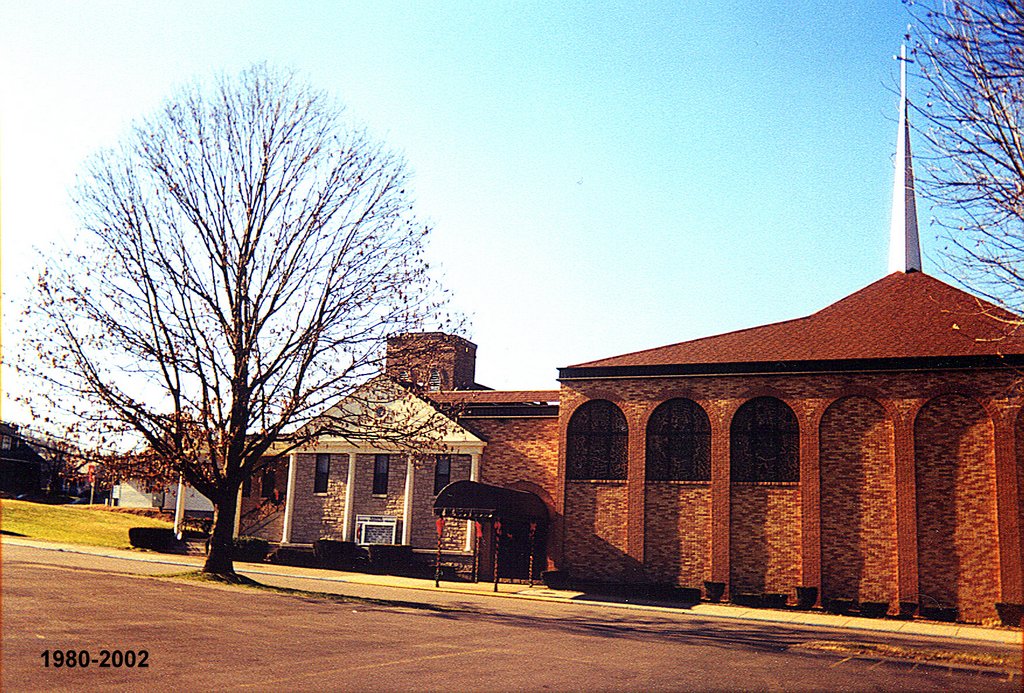 In 2003 the 1921 sanctuary was demolished and replaced with a new educational wing. 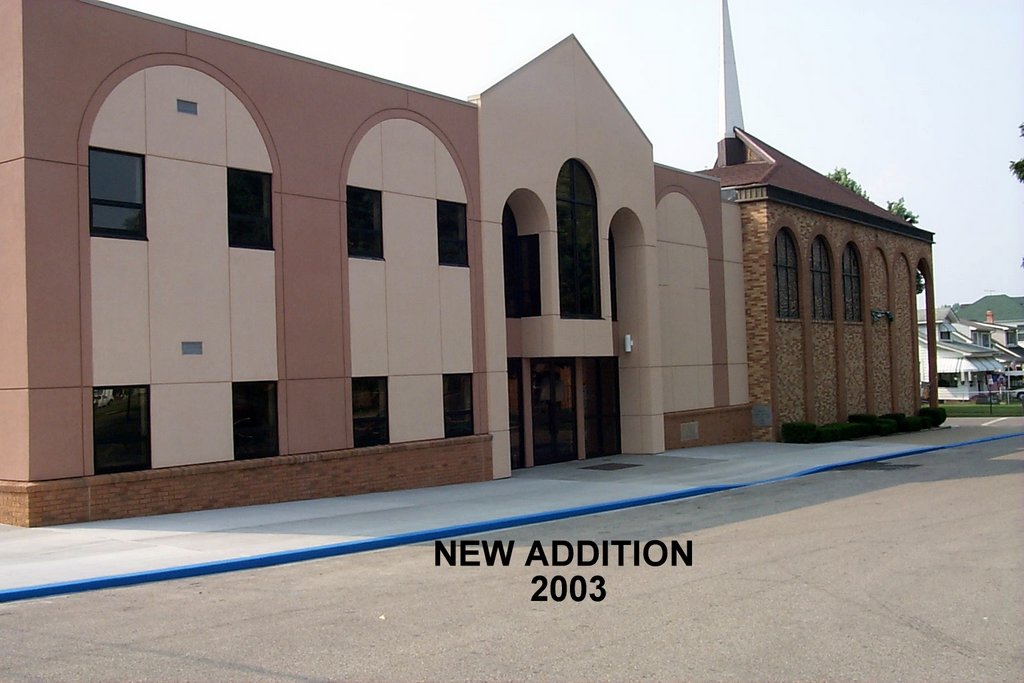 The Kenova Methodist Church had its origins as a branch of the Ceredo Methodist Church. It was one of the earliest churches in Kenova; the town itself was established that same year. In 1896, the congregation built their first sanctuary, a small white frame building at Sixteenth and Sycamore Streets.  Around 1911, the church building was moved to a new lot that had been purchased at Fifteenth and Poplar Streets. In 1921, the original building was demolished upon the completion of a new larger sanctuary.

The church gradually expanded and eventually outgrew its building. In 1980, a new, large, brownstone structure was built at a cost of over $400,000. It included a larger sanctuary, a larger choir loft, two fellowship halls, a kitchen, and elevator. The original 1921 church sanctuary, standing adjacent to the new one, was converted into a small chapel and classrooms. This building was finally demolished in 2003 and replaced with a new educational center. The Kenova United Methodist Church is one of the larger congregations in the area, with an official membership of over 600.

The church runs a pre-school academy named The Training Station. The Training Station offers an affordable, safe Pre-School Academy for young children ages 2-4. The program focuses on the child's development and milestones, such as learning the alphabet.

The church is also involved in a variety of different functions in the community. Brenda Lions has been an active member of the Kenova United Methodist Church for over 30 years. Mrs. Lions and many other church members are involved in functions such as church dinners for the community every Wednesday night called SPLASH, outreach, missions, and works in disaster units. She also works in the nursery every Sunday. She explains how the church has changed from a small congregation with empty seats, to a church that now has around 200 plus people at the Sunday morning service. The Kenova United Methodist Church is one of the larger congregations in the Ceredo-Kenova area, with an official membership of over 600.

Rosenberger, Bill. “Kenova United Methodist 120th anniversary is a testament to the people of the church.” Herald Dispatch. September 27, 2014. http://www.herald-dispatch.com/features_entertainment/kenova-united-methodist-th-anniversary-is-a-testament-to-the/article_ebf53bf1-8098-5924-8ec6-8c4351325be9.html