The Glenwood was a prominent hotel located in the heart of Kenova. It was one of several major building projects conducted during the town’s first decade of existence. Construction began as early as 1890 but was delayed and not completed until the early 1900s. The Glenwood was notably the first location of R. Ney Williams’ drugstore, which later became Griffith & Feil Soda Fountain. The hotel itself was relatively short-lived, only operating until 1917. Years later most of the structure was demolished, but a small portion was spared and today functions as an apartment building.

Postcard of the Glenwood Hotel. The R. Ney Williams Drugstore can be seen on the right. Image courtesy of the Kenova Historical Commission. 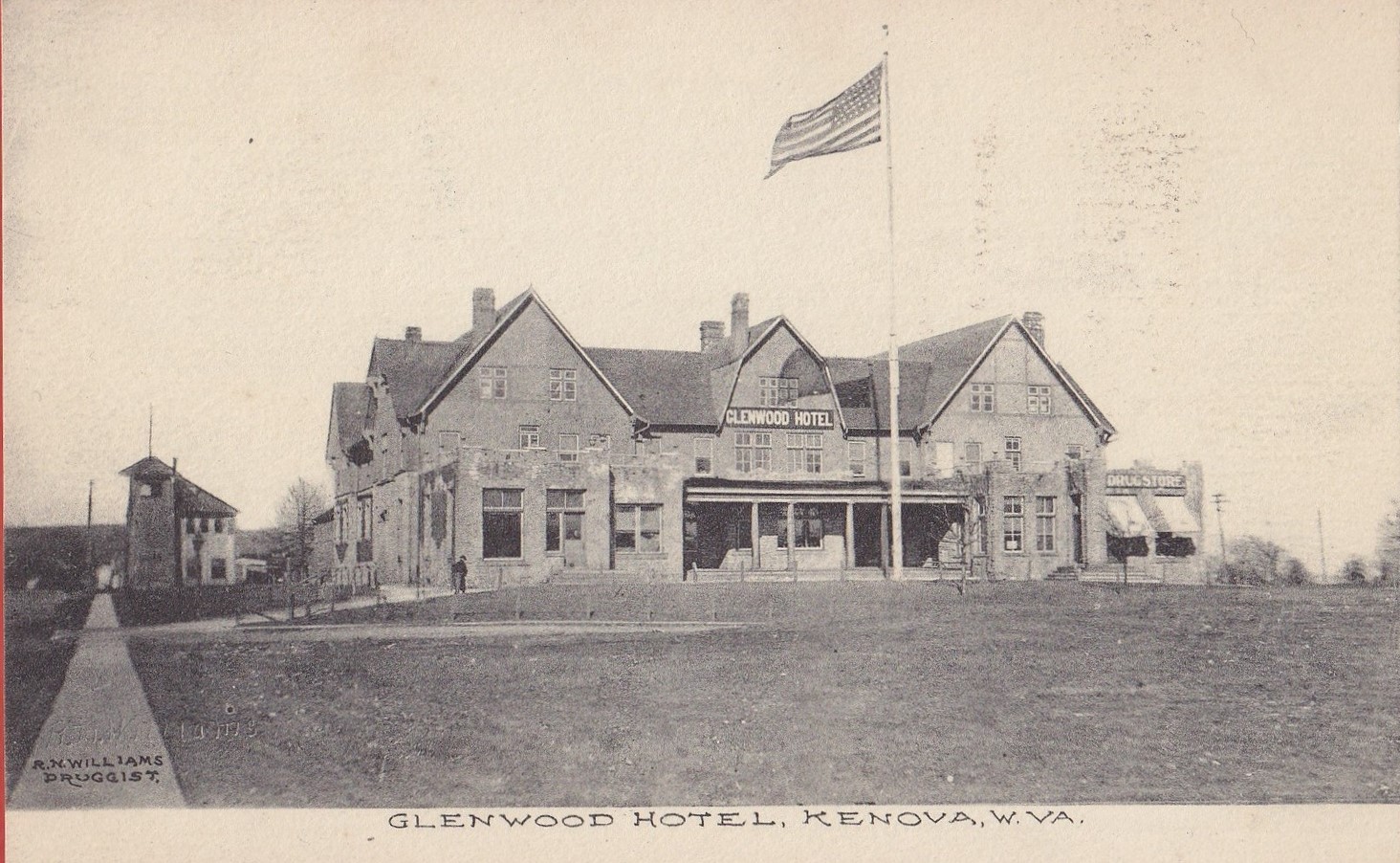 Prior to the completion of the Glenwood, this smaller frame hotel operated on 15th and Sycamore Streets for much of the 1890s before burning down in 1900. Image courtesy of the Kenova Historical Commission. 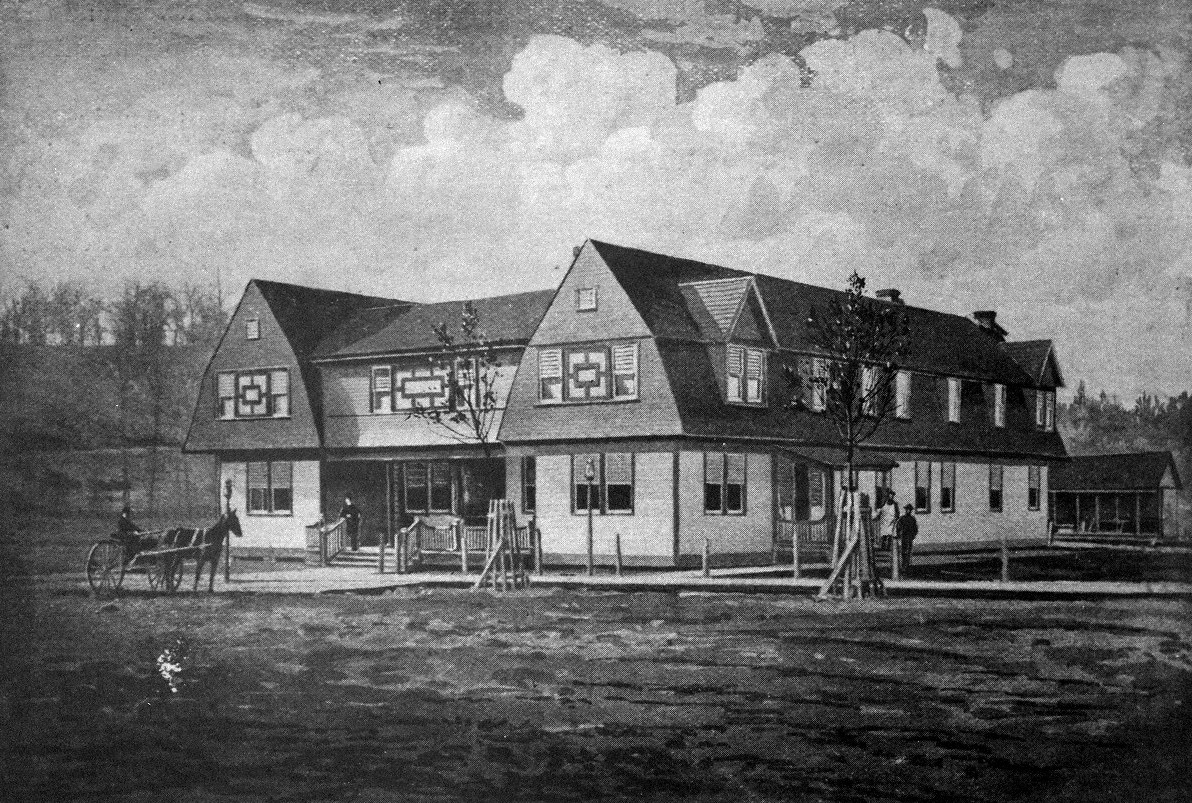 Depiction of the Glenwood as seen from Chestnut Street. Image courtesy of the Kenova Historical Commission. 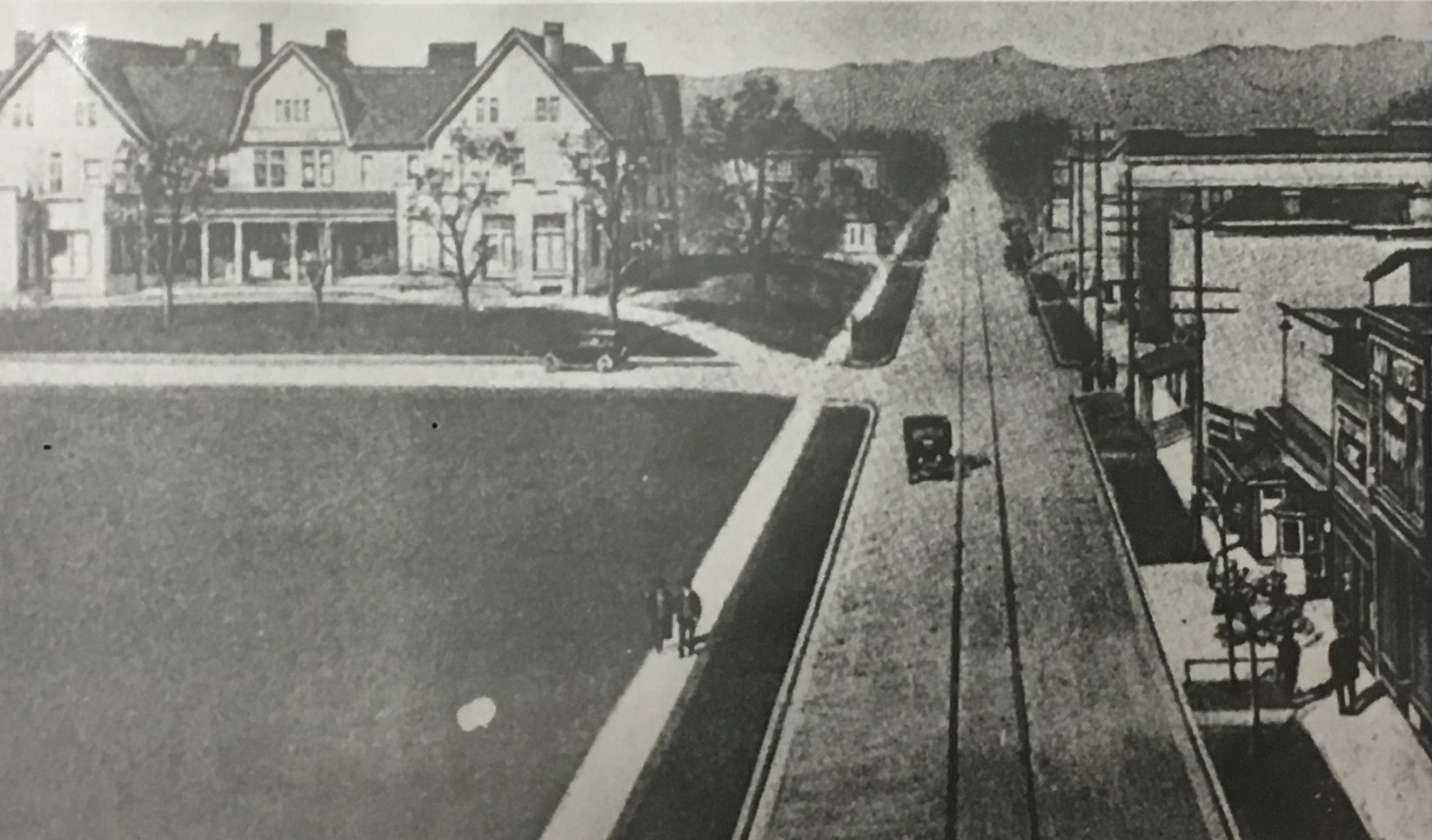 Color postcard of the hotel, this time with the name Glenwood Inn. Image courtesy of the Kenova Historical Commission. 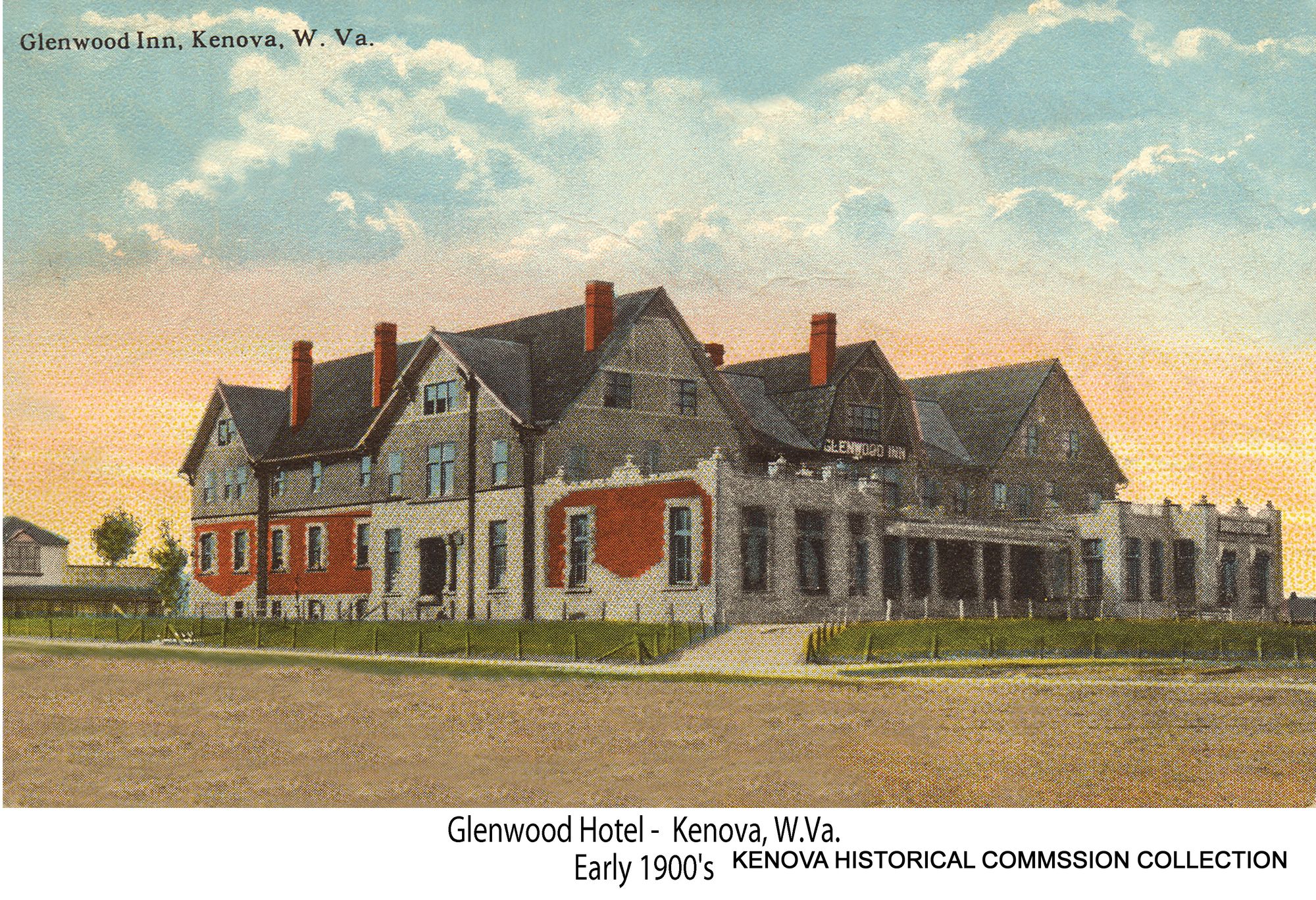 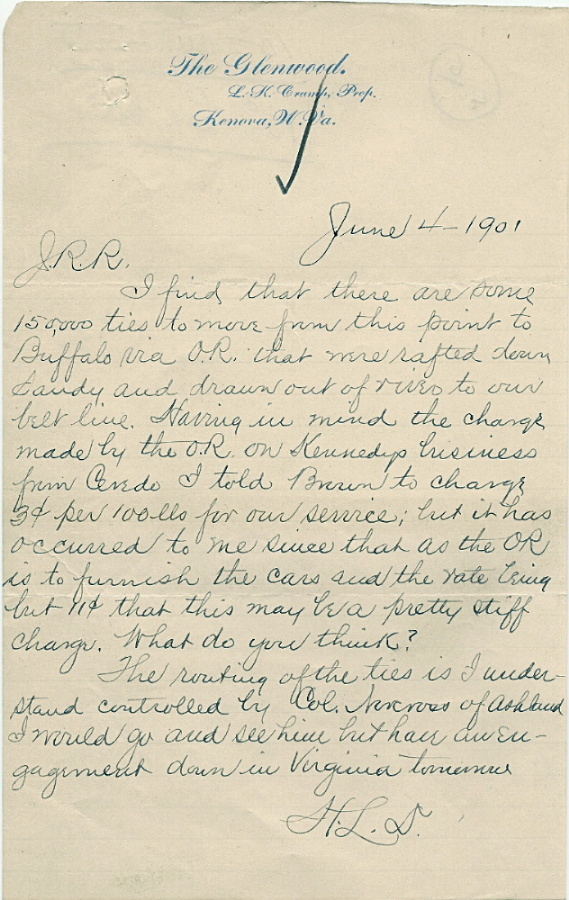 Unidentified group of men in front of the R. Ney Williams Drugstore at the Glenwood. The store would later move and evolve into today's Griffith & Feil. Image courtesy of the Kenova Historical Commission. 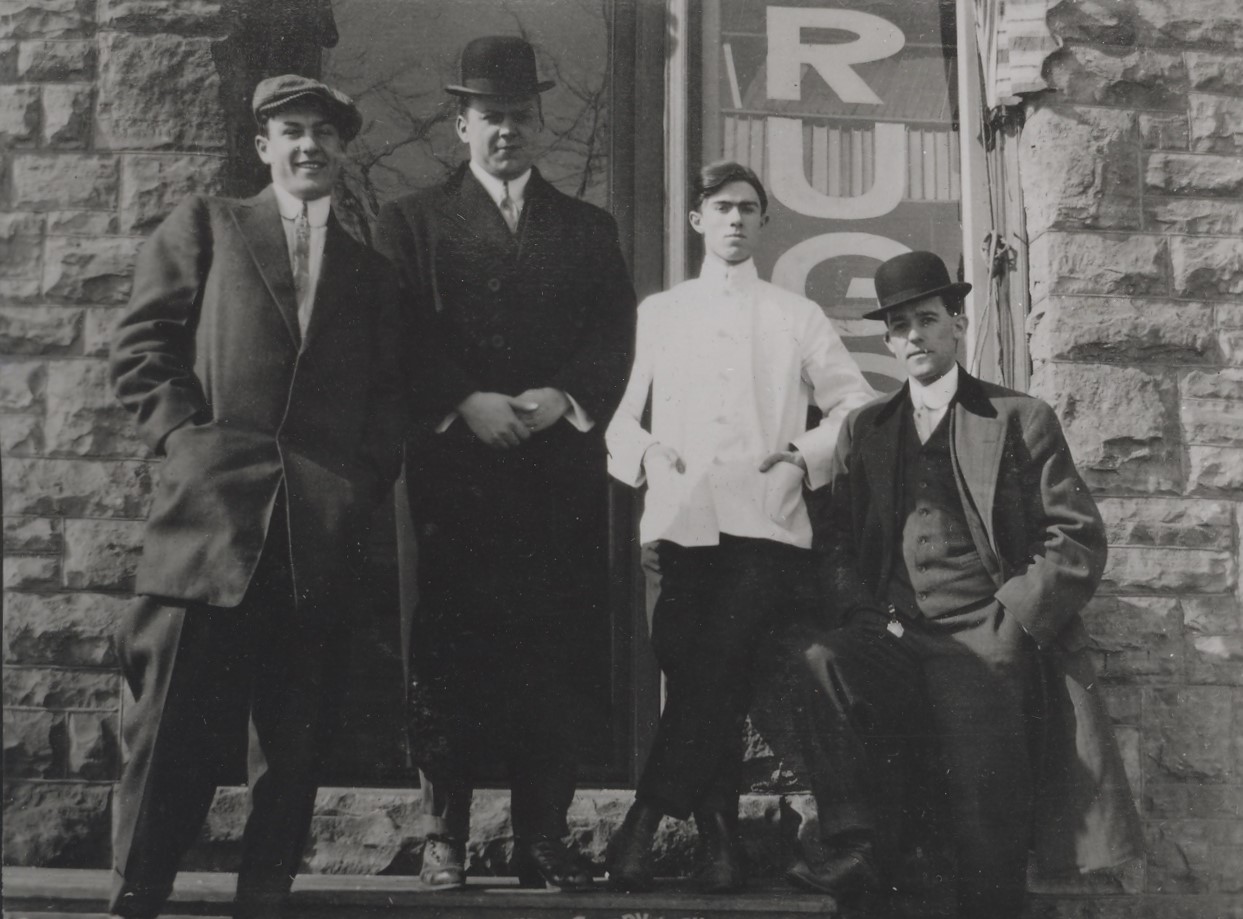 The southern wing of the Glenwood survives today as an apartment complex. Image courtesy of the author. 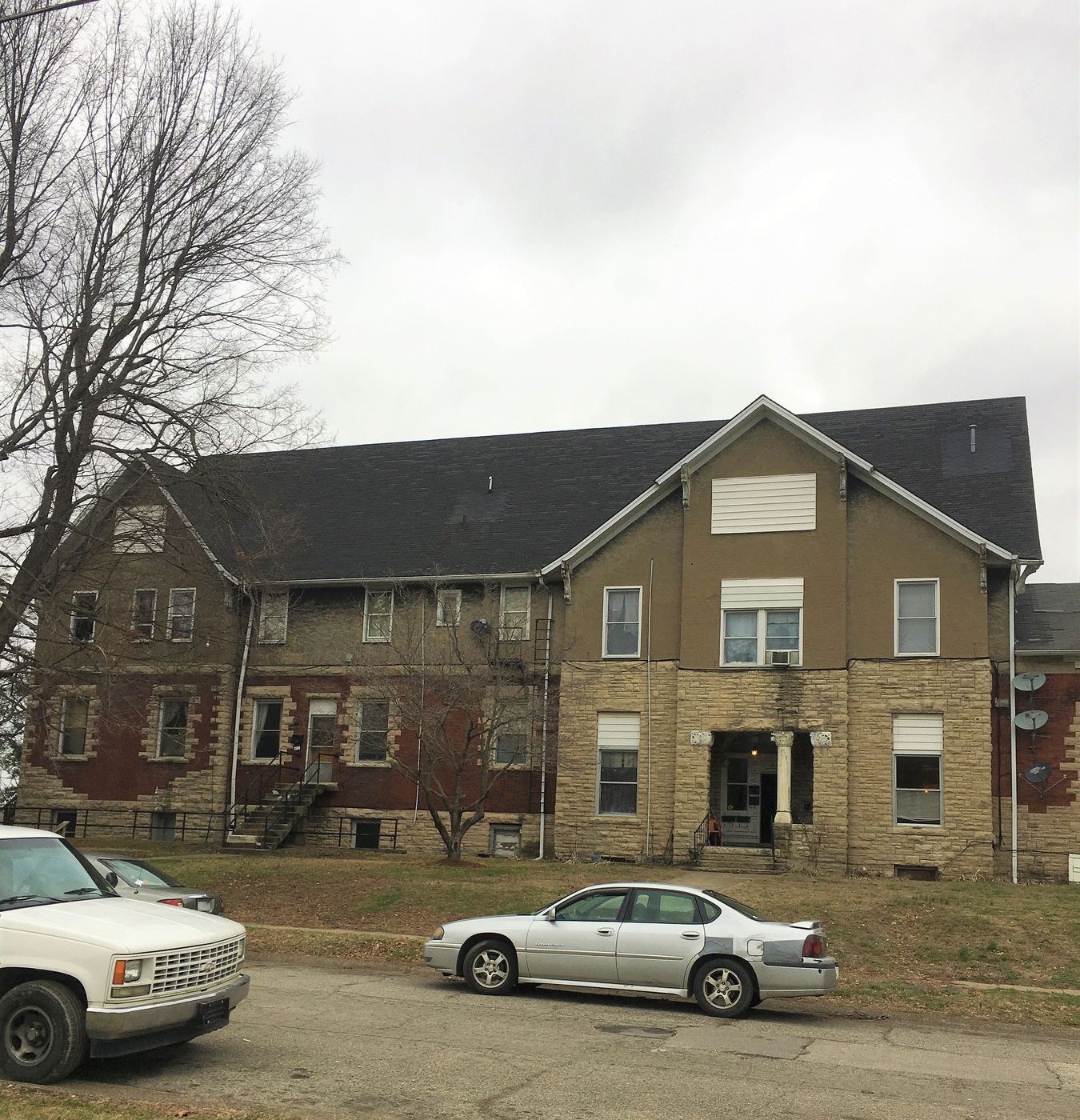 The town of Kenova was created in 1889 when the Norfolk and Western Railway (N&W) decided to extend its railway through Wayne County and the Ohio River to connect coalfields in southern West Virginia with Ohio. A rapid building boom soon followed as the N&W originally planned to build facilities in Kenova to service their trains. With the boom came a large influx of workers to build homes, businesses, streets, a brick train station, and a train bridge crossing the river. It soon became necessary to build a hotel to house some of these workers as well as visitors to the new town.

Local architect S. Floyd Hoard drew the plans for the proposed hotel, dubbed the Glenwood. The three-story brick building would encompass an entire block and be shaped like the letter “H” so that every hotel room would have a window. Costs were estimated to be $100,000. Construction began around the spring of 1890 or 1891 but for reasons uncertain it was halted soon afterwards. Some sources state that the national Panic of 1893 forced a suspension and scaling back of plans. Instead, a smaller, two story frame hotel was built on the corner of 15th Street and Sycamore Street. After this structure was destroyed by a fire in 1900, it was decided to finish building the original Glenwood and work was completed shortly afterwards.

The Glenwood Hotel stood on the corner of 14th Street and Pine Street, just a short distance from Kenova’s Union Station. Many of the most notable travelers to pass through Kenova during this time stayed at the inn. Sections of the building were also rented out to local businesses. R. Ney Williams for example opened a pharmacy in the north wing of the inn. The pharmacy was later taken over by Simpson Griffith who moved it to a new building across the street; today it remains in operation as Griffith & Feil Soda Fountain.

The N&W Railway decided to move its facilities from Kenova to Portsmouth, Ohio in 1902. Kenova’s growth became stagnated as a result, and the new Glenwood Hotel found it more difficult to be successful. It closed in 1917 after less than two decades in operation. In 1920 the building was converted into a hospital and sanitarium operated by Dr. H. A. Williams of Huntington. Notably the first hospital and sanitarium in Wayne County, it was only in business for a few years before shuttering. Sometime around the early 1930s the north wing and central portion of the Glenwood were demolished; a grocery store and parking lot occupy the space today. The south wing of the hotel was converted into apartment units, which it remains to this day. A number of fires in recent years have caused some damage to the building.