Lee's Tree is the location of a Sugar Maple tree where General Lee first saw his horse, Traveller, and later pitched his tent for his Confederate headquarters in the fall of 1861. The site, located at the highest point on the Midland Trail, is now surrounded by iron fencing and is home to a replacement tree; the original tree was cut down and made into souvenirs for the United Daughters of the Confederacy. 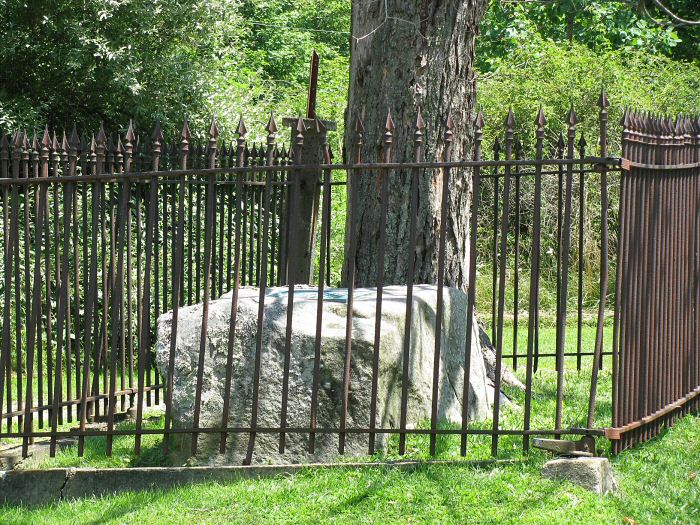 Historical Marker for Lee's tree and camp site on Sewell Mountain along the Midland Trail. 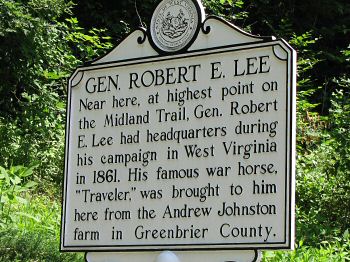 The Lee Tree is where General Robert E Lee first saw his horse, Traveller, which was given to him from the local Andrew Johnston Farm. While at the site of the tree, Lee set up camp for his Confederate Troops in the fall of 1861. The location is on Sewell Mountain, near the highest point of the Midland Trail.

Lee is the Confederate General who captured victories for the South in battles such as Gaines Mill, the Second Battle of Bull Run, Fredericksburg, and Chancellorsville. His last battle of the Civil War was fought at Appomattox Courthouse in April 1865; it was here that he surrendered to General Ulysses S. Grant.

The original Sugar Maple tree at the site was cut down in 1936 and made into souvenirs for the United Daughters of the Confederacy, however, a new tree was planted there as a replacement. In 1934, the DOC placed a memorial plaque at the site that reads: “The tablet marks the sire of the LEE TREE under which General Robert E. Lee pitched his tent during the autumn of 1861.”

The Lee Tree is surrounded by an iron fence; in 2013 this fence was found by Robert Neely to be partially destroyed and the tree itself near dead. Neely is a member of Camp 1694 of the Sons of the Confederate Veterans and the project manager in charge of the 2014 restoration project. Sun Valley Machine Shop, Camp 1694, and various other historic preservation organizations help aid in the restoration. In September 2014 a Rededication Ceremony was held at the Lee Tree.