American Electric Power's Kanawha River Plant opened in 1953, and was a coal-fired steam generating power plant. In its early years the plant was one of the most heat efficient coal-fired plants in America, and was an innovator in using the coal byproduct fly ash. The plant ultimately ran for 62 years before being retired by AEP in May of 2015, due to an inability to economically meet the EPA's Mercury and Air Toxics Standards (MATS). 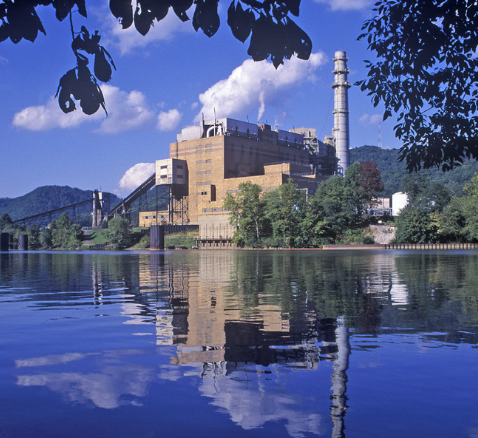 Inside the power plant. 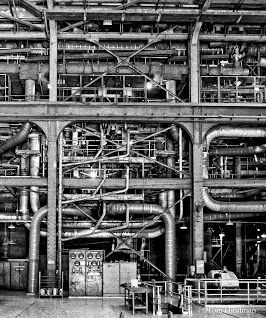 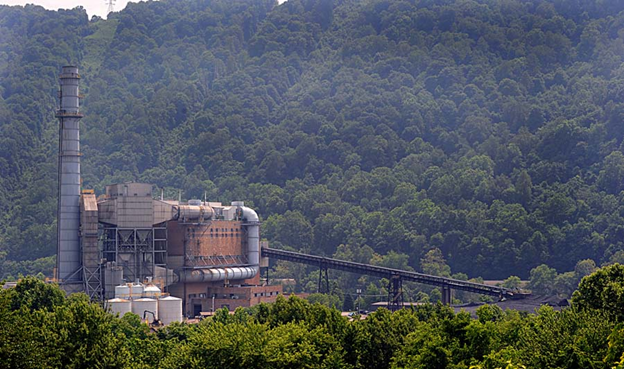 American Electric Power (AEP) opened the Kanawha River Plant in Glasgow in 1953 with Unit 1 starting on July 17th, and Unit 2 becoming operational later in the year on December 31st. The total cost of construction was $46 million, and at peak required as many as 1800 construction jobs. The plant covered 53,000 cubic yards and was initially planned to have an additional 3 more units installed, though they would eventually be put in elsewhere at Muskingum River and Tanners Creek. Both units at the Kanawha River Plant ran up to 200 Megawatts, estimated to service up to 275,000 households, or a city the size of Philadelphia.

The plant was designed to burn low-sulfur coal to generate steam powered electricity. The plant would import coal through railway, trucks, and many years later by barge, where the coal would then be placed onto conveyor belts that carried the coal into the plant. The coal would then be pulverized into powdered coal and then injected into boilers where it would burn at high temperatures. This turned the water that circulated the boiler into steam, which in turn, spun the turbine which generated electricity. At peak capacity, the plant was capable of using 3,600 tons of coal in a single day.

At the time of construction, the plant was using the up to date and cutting edge technology. During its first year of operation the Federal Power Commission determined it was the most heat efficient coal-fired plant in the nation. It would receive the same honor in 1954, 1957, and 1958 as well. A company news release stated:

“The plant is equipped with the most modern, highly efficient equipment for the removal of fly ash from combustion gases... It is expected that about 95 percent of the fly ash will be removed this way.” 1

The plant was known for its innovative usage of fly ash, and plant manager Henry Skaggs was known as “the father of fly ash sales.” The plant itself was built using fly ash-based concrete and Skaggs’ dedication to reusing the coal byproduct in concrete and structural landfills meant that the Kanawha River Plant operated without an ash landfill.

At its peak, the Kanawha River Plant would have about 150 employees, and by the time it closed in 2015 was generating approximately $1.7 million in taxes for the local economy. Yet, over the years the plant had yet to be upgraded to reduce its emissions. Former WV President of the Senate Bill Cole was critical of AEP’s role in the lack of advancement:

“I’ve talked to AEP, these are rules and regulations that came down from Washington a number of years ago. So, they've known that these plants are going to shudder now and what they basically did was they quit maintaining them. They just ran them, they gutted them out, they didn't put any money back in and now it's not as simple as putting five hundred million dollars’ worth of scrubber in place it is literally that those plants are in just dire shape.” 2

In June of 2011, AEP announced that it planned to retire the Kanawha River Plant’s units 1 and 2, effectively shutting down the plant, due to upcoming EPA regulations. By December 2011, the EPA had formally announced its new Mercury and Air Toxic Standards, and the Kanawha River Plant and several other AEP plants did not meet the new emission standards. The plant could either attempt to convert to natural gas for fuel or AEP could retrofit the plant and install new equipment to meet the standards. AEP determined that neither of those options were cost effective or viable, particularly at the Kammer and Sporn plants.

Kanawha River, Kammer, and Sporn were the 9th, 10th, and 11th largest producers of electricity before the time of their retirement. The plant would continue operating until May 2015, with the remaining employees either transferring to the John Amos plant in Winfield, retiring, or receiving a severance package. At the request of the Public Service Commission of West Virginia, AEP had agreed to make no plans for the Kanawha River Plant site for at least four years after its closure, which would be 2019. Ultimately the plant ran for 62 years before its units were retired.