The original part of this house was built about 1807. Underneath the weatherboard is log construction which proves it to be one of the earliest houses on Washington Street. The building has an extensive history as a guest house known as the Carmin Tavern and later the Athea Inn. 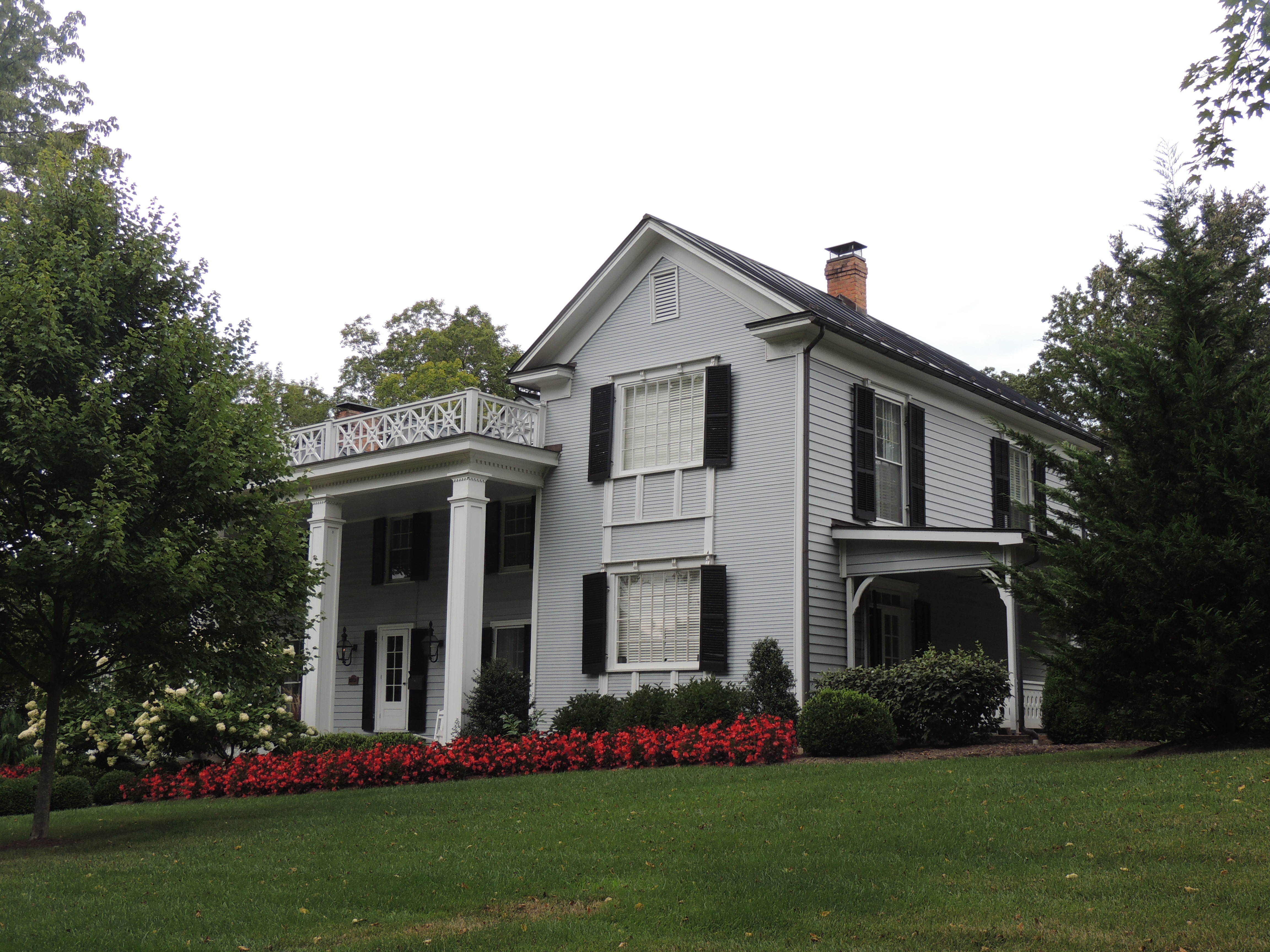 The first deed for this property in 1807 describes the house as being used by Benjamin Carman as a tavern.  In 1894 the house was bought by Henry T. ("H. T.") Bell (1857-1915) and Lucy Walton Bell ((1857-1930). H. T. Bell owned a clothing house where the downtown fire of 1897 started (see Greenbrier Valley Bank Building). Bell strung a telephone line from his house to his store, and he may have had the first telephone service in town.

Charles Gardner Mathews (1869-1923) bought the house in 1906. He was a lawyer, graduate of the University of Virginia Law School, and at one time a private secretary to WV Senator Johnson N. Camden. Mathews was a nephew of WV Governor Henry Mason Mathews. Charles' widow, Harriett Mathews (1877-1959) is credited with planting Althea bushes around the house and naming it the Althea Inn.

The property remained in the Mathews family until 1967 when it was purchased by John Wade Bell III and Ann Tate Bell. The house underwent extensive restoration under the Bell's ownership.  Following several more owners, the house was recently renovated by Schleiff Construction Company for the current owner.