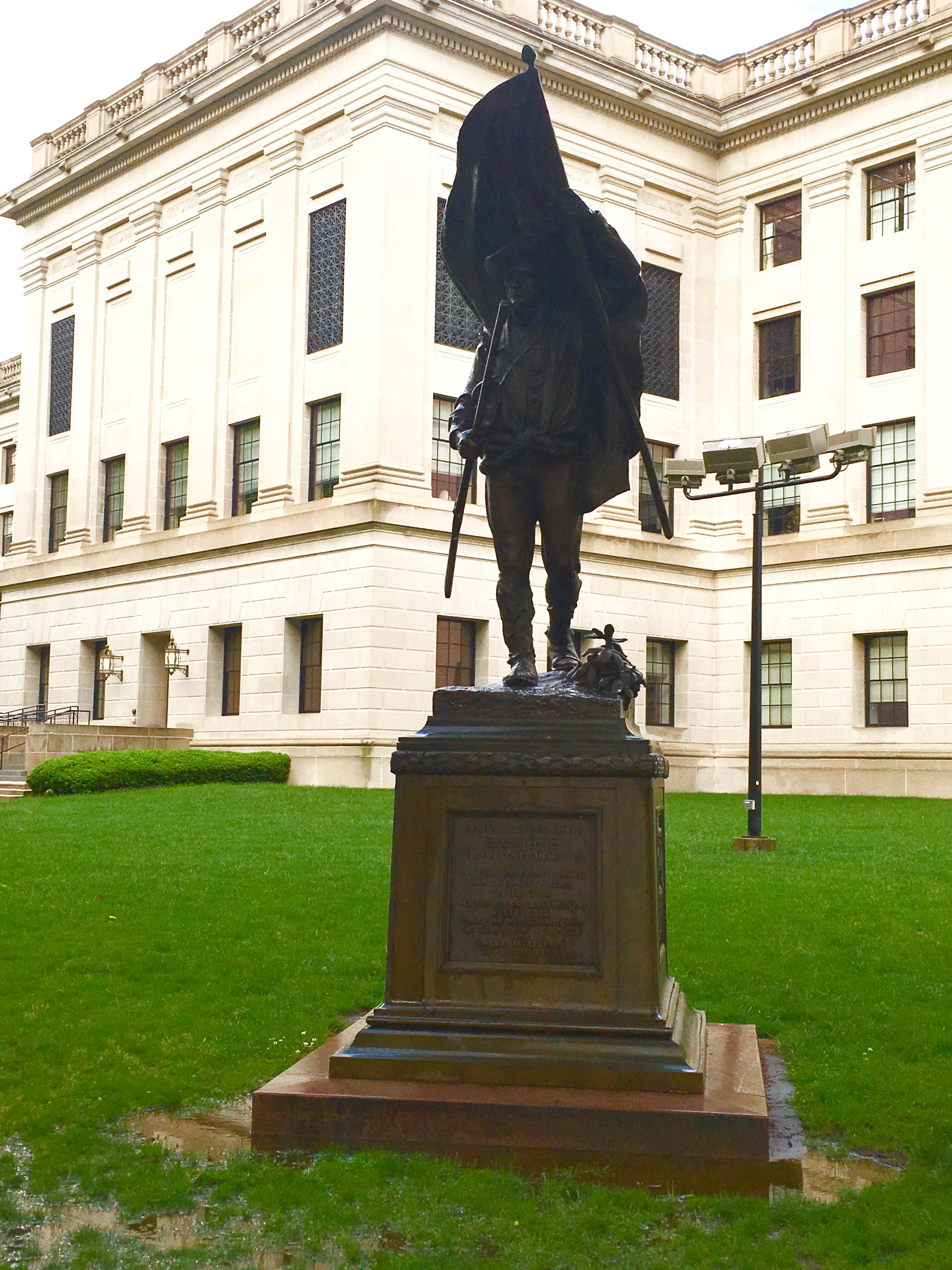 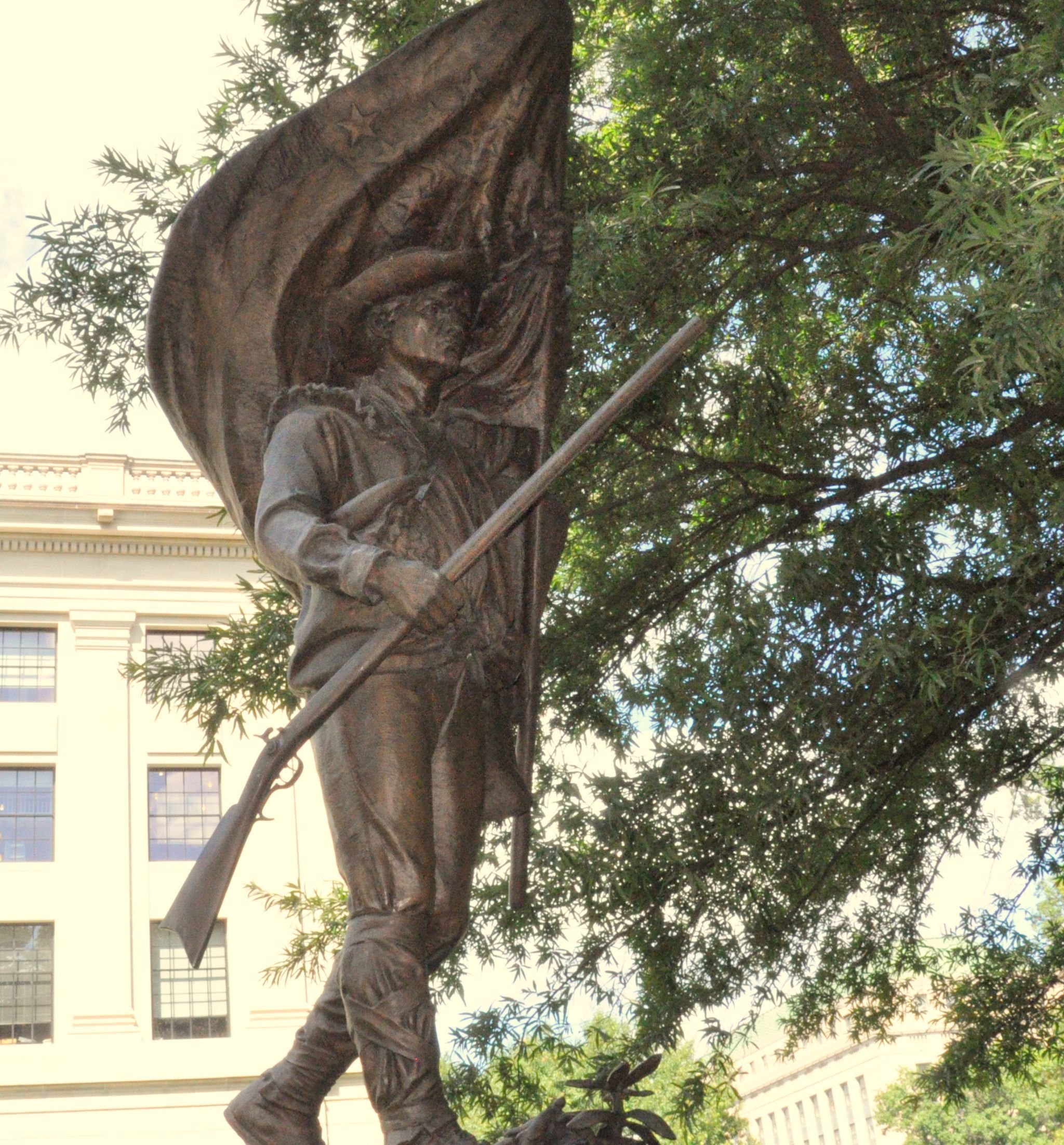 The Mountaineer Soldier statue is located on the northeast corner of the West Virginia State Capitol. It was unveiled at the old State Capitol on Capitol Street in downtown Charleston on December 10, 1912. The guiding force for this monument was Col. William Seymour Edwards, speaker of the WV House of Delegates in the 1890s. Edwards personally helped raise funds for the project. The Mountaineer Statue was a symbol of the men of Western Virginia who volunteered and formed themselves into Home Guards to respond to President Lincoln's call to arms in 1861. By their actions, they helped to save Western Virginia for the Union. The base of the monument states: "Erected to commemorate the valor of those who on April 15, 1861, in instant response to the first call of Abraham Lincoln formed themselves into the intrepid Home Guards who held in check unaided the forces of Wise, and Lee, and Jackson, until the federal armies came..."

It took sculptor Henry K Bush-Brown two years to find the model and three years to actually sculpt the statue. Bush-Brown modeled the statue after Ellis Hamrick, a mountaineer from Webster County, West Virginia. Col. William Seymour Edwards sent Hamrick to Washington to model for the statue. The statue was originally modeled after one of Hamrick's brothers, but the brother passed away during the creation of the statue. As a result, Ellis Hamrick was chosen as the model. The eight-foot monument was dedicated by Colonel Edwards "To the hallowed memories of the brave men and devoted women who saved West Virginia to the Union."

The statue is over a century old, and it has been restored by the Save Outdoor Sculpture (SOS!) program. The program is a collaborative project with Heritage Preservation and the Smithsonian's National Museum of American Art. Moisture damage and corrosion affected the statue, and the restoration included mending those damages and repairing the bronze patina and stone base.

Wallace, Jim. A History of the West Virginia Capitol: The House of State. The History Press, 2012.