Once one of the leading shopping destinations in downtown Charleston, this branch of the Stone & Thomas Department Store was constructed in 1947. At the time, the Art Moderne building was heralded as a state-of-the-art retail facility. The retail chain of Stone & Thomas flourished for 151 years and stretched into Ohio, Kentucky, and Virginia--reaching a peak of 21 stores before the company was sold in 1998.

The Charleston Stone & Thomas shortly after its opening in 1948. Courtesy of MyWVHome. 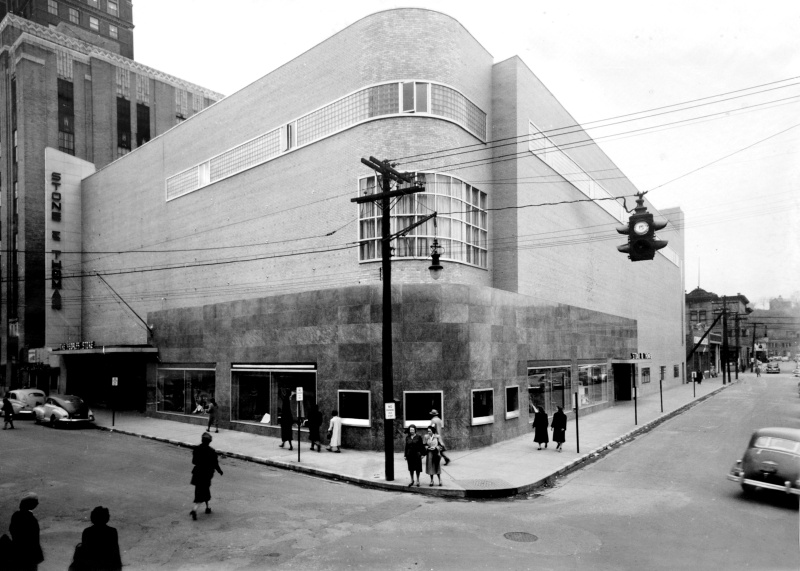 A present-day view of the facade. Note the addition of several floors from the store's most prosperous era. Photo by Andrew Turnbull. 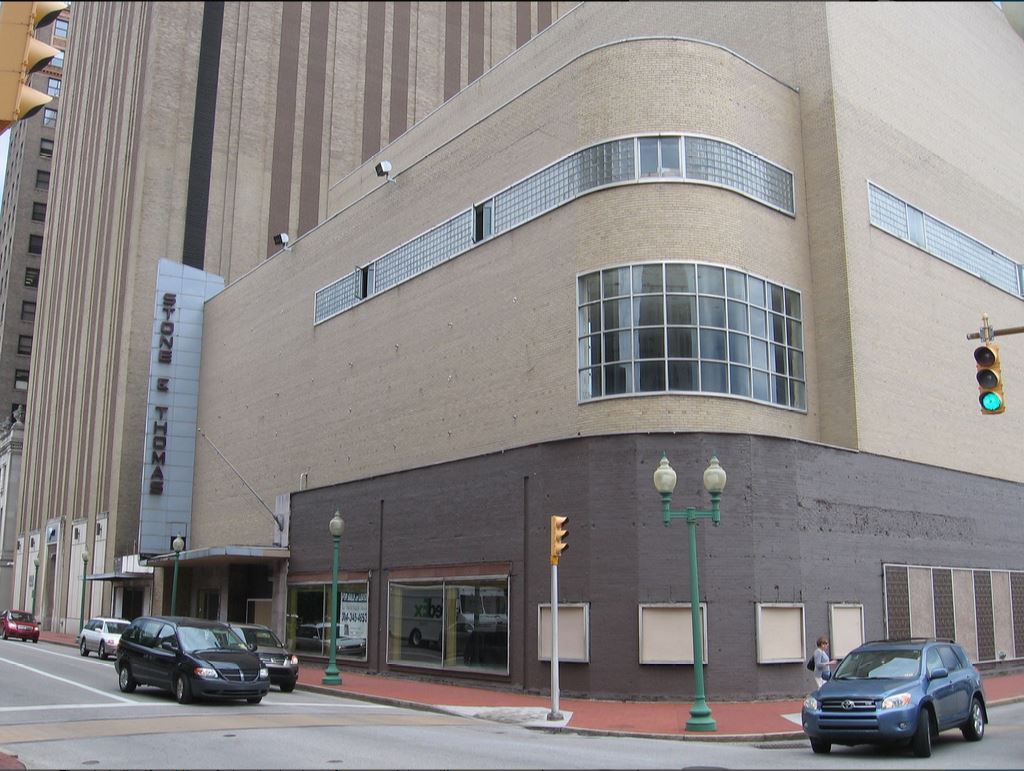 A view down Lee St. of the Stone & Thomas marquee. Photo by Sherman Canal Photography. 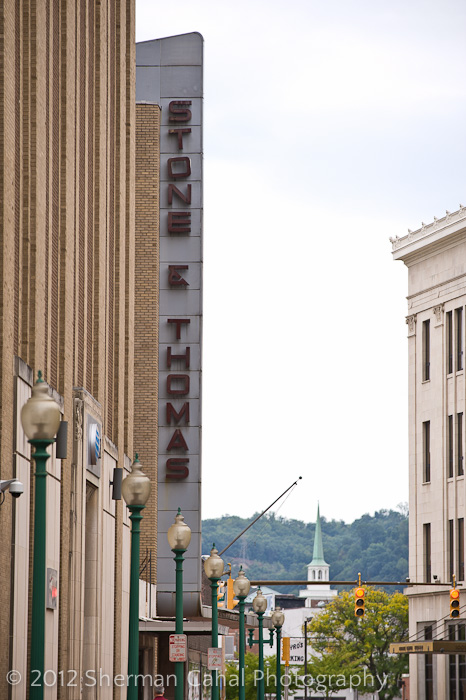 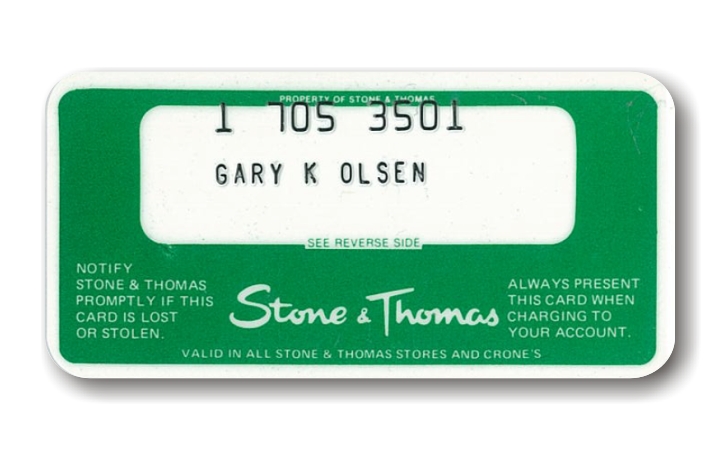 Jacob Thomas and Elijah Stone took the first steps toward a century-and-a-half retail dynasty when they opened the "Bee Hive" retail store in Wheeling, West Virginia in 1847. The partners later renamed it "Stone & Thomas," a name that would be bestowed on their subsequent business empire for five generations of expansion helmed by the two families.

The burgeoning retail chain had been looking to expand its Charleston facilities since 1938, and in 1941 ambition met execution when Stone & Thomas acquired property at the intersection of Lee and Dickinson Streets. Plans were conceived to close down the old People's Store location and move into a this modern building. According to the company's press release, the store was billed as the "most modern in the country"  with every detail of the exterior "designed in a modernistic fashion most desirable for retail selling."5

The architects utilized a design known as "Streamline Moderne" which blended art, architecture, and graphic design to create buildings designed to connote modernity similar to the Art Deco structures of previous decades. The style emerged as popular tastes began to change and in the 1950s, architects designed structures that reflected the industrialization of the United States and mirrored shapes used in aircraft fuselages, modern ocean liners, and the latest carss. The Charleston Stone & Thomas bears many of these marks, including glass block, curved corners, vertical marquee and a distinctive ribbon window with aluminum framing.

The onset of World War II delayed construction of the new store until mid-1947. It opened in November 1948 to great public fanfare. A crowd of 15,000 excited onlookers blocked traffic for an hour before the two-hour grand opening ceremony, breathlessly waiting to see inside the new structure lauded by the Charleston Gazette as "the last word in modern store buildings...different from any department store in West Virginia."6

In the store's heyday, additional floors were added to accommodate even more retail space. But the golden age of Stone & Thomas was not to last, as shopping trends began to change through the decades. In the early 1980s, a large portion of downtown Charleston was bulldozed to make space for the sprawling Charleston Town Center Mall--a development which would indelibly change the retail landscape of downtown.

Stone & Thomas also faced declining sales as regional and local retail stores fell victim to large nationwide discount chains. After 151 years under the ownership of the original founders' descendants, Stone & Thomas was sold to the Elder-Beerman company. The new owners sold eleven of the Stone & Thomas stores and retained ten. The grand old Art Moderne building downtown was shuttered, and it has yet to attract new inhabitants.

The building was listed as an endangered site in 2005 by the West Virginia Division of Culture and History. The reuse and revitalization of the structure is considered essential to Charleston's historical and architectural identity.