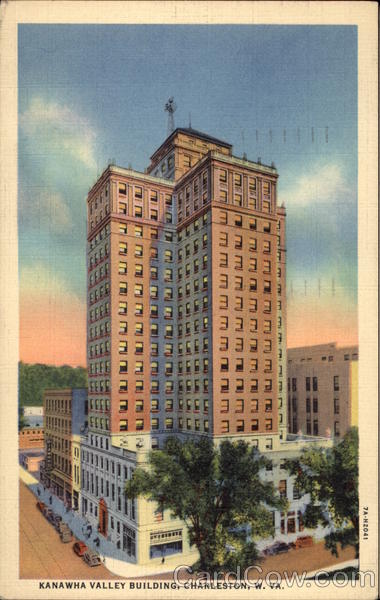 The second structure that housed the Kanawha Valley Bank along Kanawha Boulevard. 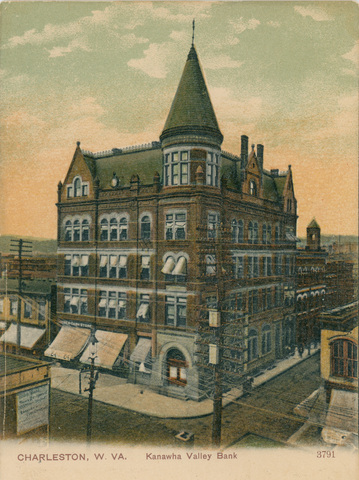 A side view of the Kanawha Boulevard location that was lost to urban renewal. The Terminal Building still exists today. 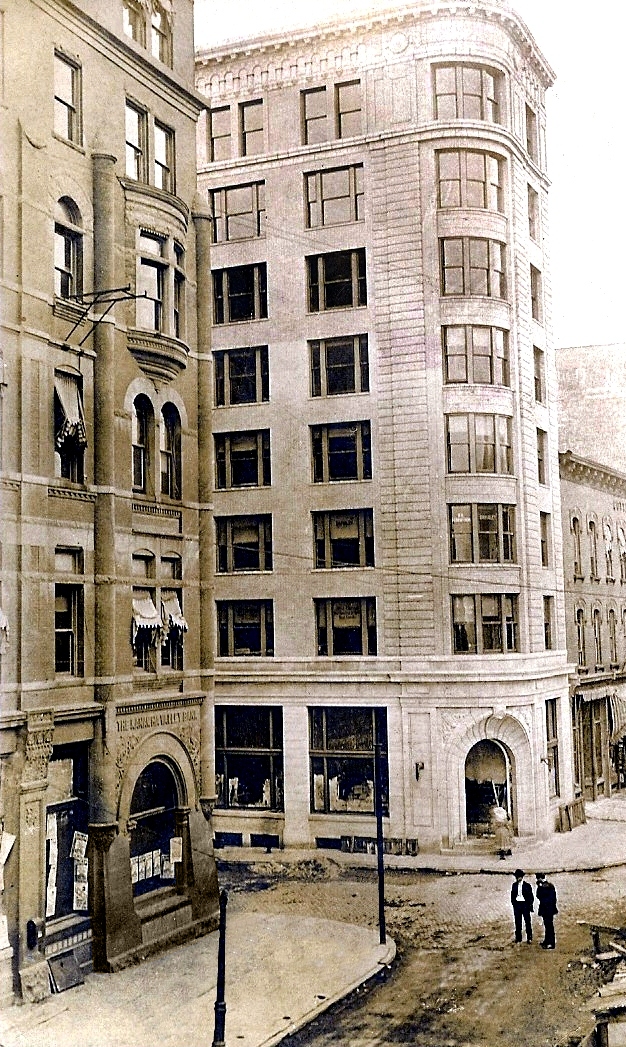 The Kanawha Valley Bank was established in 1867 by William Dickinson, Levi Woodyard, Henry Dickinson, and John Q. Dickinson. The Dickinson family was deeply associated with the beginning of the salt industry in Charleston, WV, and founded a bank to accommodate early industries in West Virginia. The original bank building was two stories high and located at the intersection of Kanawha Boulevard and Capitol Street for 26 years. Henry Dickinson became the mayor of Charleston in 1870, as well as the bank president, however he passed away in 1871. The presidential position stayed in the Dickinson family and was passed down to John Q. Dickinson in 1872, and remained in his power for the next 43 years.

“The head of this bank is Col. John Q. Dickinson, of this city, who is widely recognized as one of the leading bankers of the country. His dealings are multitudinous; his methods are modern and he is in every way the type of business man who merits success.”1

Shortly after John Q. Dickinson’s appointment, the financial panic of 1873 occurred; the Kanawha Valley Bank was the only bank opened in Charleston after the Civil War to survive.

In 1893, the original Kanawha Valley Bank building was demolished and replaced with a new five story building. The new bank building was a power move by John Q. Dickinson to better accommodate the growing industries in West Virginia. John Q. Dickinson’s son, John L., was the cashier of Kanawha Valley Bank from 1894 until 1925 when he replaced his father as the president of the bank.