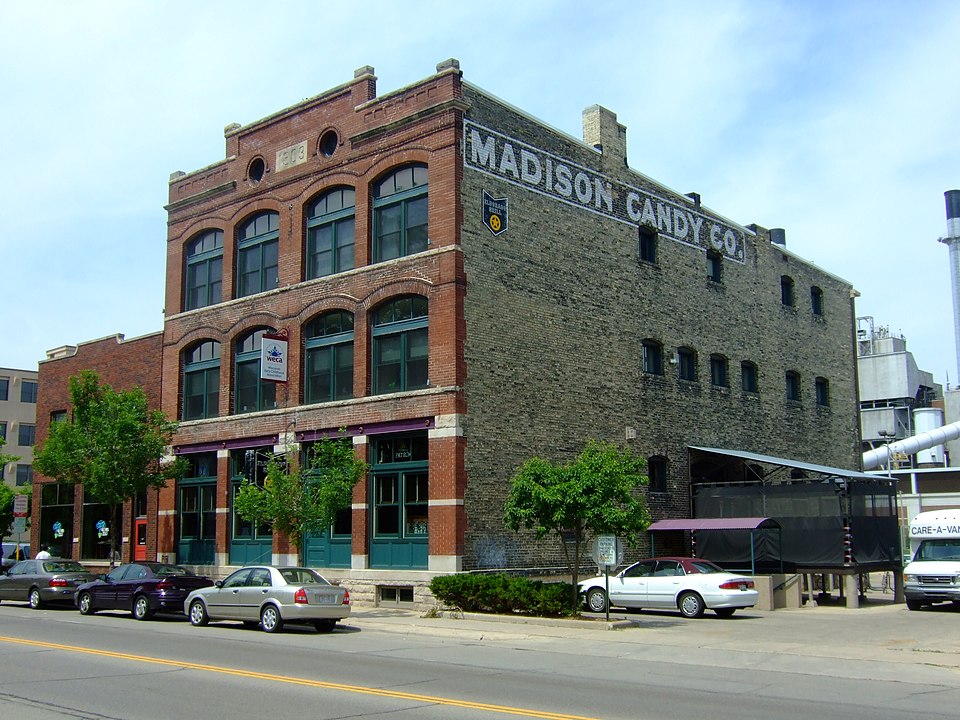 1995 photo of front and parking lot side of building, by Barbara Wyatt, for NRHP 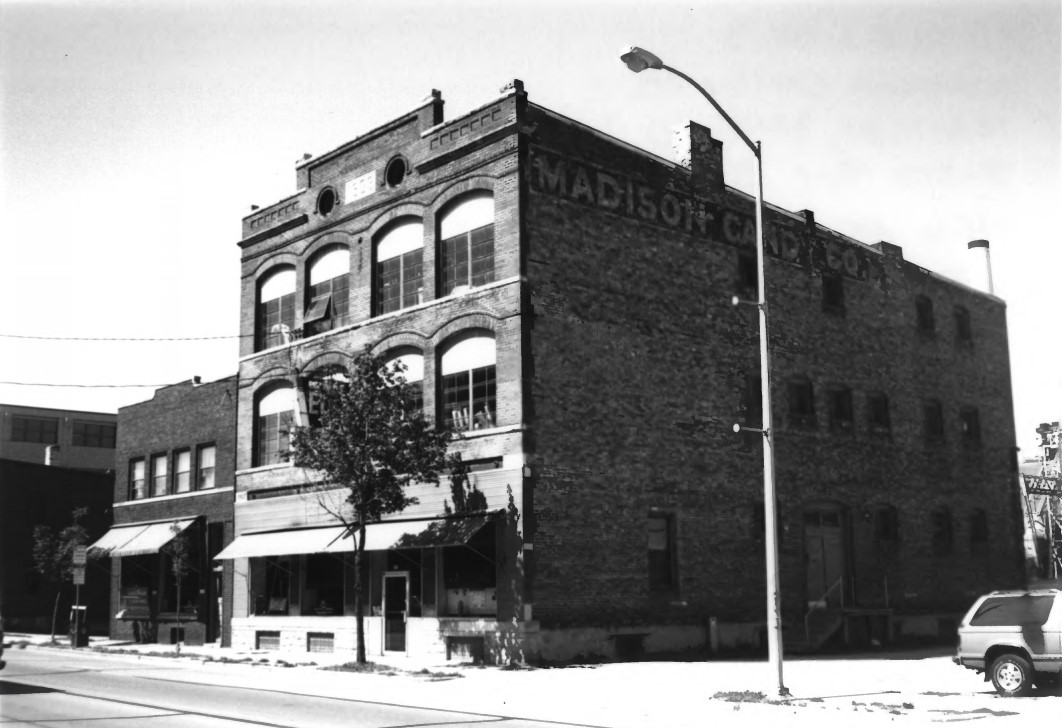 Joseph E. Kleiner founded Madison Candy Company; he lived at 854 Jenifer Street. James J. Prendergast was the manager and company vice president; he had worked for 29 years at another candy manufacturing company, Woodward & Stone, before moving to Madison in 1899 to take the job. Two brothers (Thomas and Charles) and a sister of James (Mary) held company offices or jobs with the firm. The Prendergast siblings lived with their mother and another sister in 1902 at 731 Jenifer Street; their father stayed in Ireland.

The Madison Candy Company was established during a period when industries became common in Madison, the 1880s and 1890s. An anti-industry faction helped to keep industrial facilities on the eastern part of town. Closeness to the St. Paul rail lines was another plus of the area. Before moving to their new structure, Madison Candy Company was just a block away, at 623 Williamson. The company was especially known for their chocolate creams. The confectionery company also sold crackers, nuts and cigars. Around thirty-five factory workers and four salesmen worked for the company, distributing products throughout Wisconsin and later to Illinois.

The front of the Madison Candy Company building is faced in red brick; the building's three other sides reveal the underlying "Milwaukee cream" brick. The main facade features round arched arcades; the year 1903 is carved into a stone near the top, flanked by oculus windows. On each level, a central wooden beam runs the length of the building. Four double chimney flues from the candy-making era extend the height of the building; two single chimney flues are only on the second and third floors. The central entrance used to be accessed by an exterior stairway; the stairway was removed in the early 1950s when Williamson Street was widened and a new aluminum and glass door was installed. Window wells in the basement windows were removed and bricked in up to sidewalk level, with glass blocks above. A loading dock was added to the rear of the building in 1980 where a concrete pad and nearby frame outbuilding were located. The loading dock blocked a former entrance into the basement, where materials (lots and lots of sugar!) used to be brought into the building by a conveyor system from the nearby railroad tracks. The loading dock was enclosed around 1985.

Ela Welding Company bought the adjacent building to the west in the 1970s to increase their usable space. New internal doorways connected the buildings. An architect named John Martens bought the building in 1991; Martens rented the building back to the welding firm for the next six years, before the company found a new location. The next tenant was a restaurant by Monty Schiro named Monty's Eldorado Grill, which opened in 1998. A coffee shop named Ground Zero moved in next door in the two-story building, also in 1998. Both restaurants were still operating in 2020.